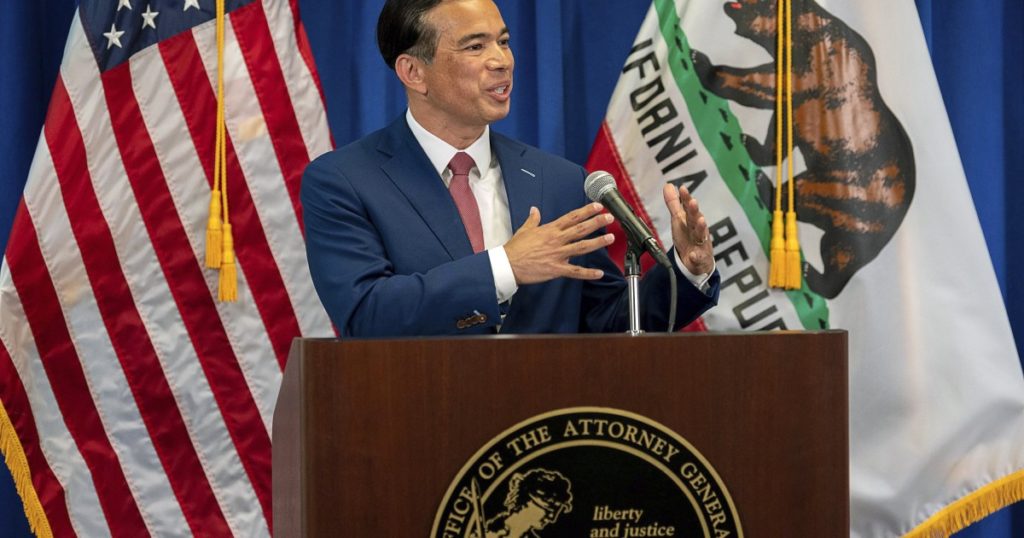 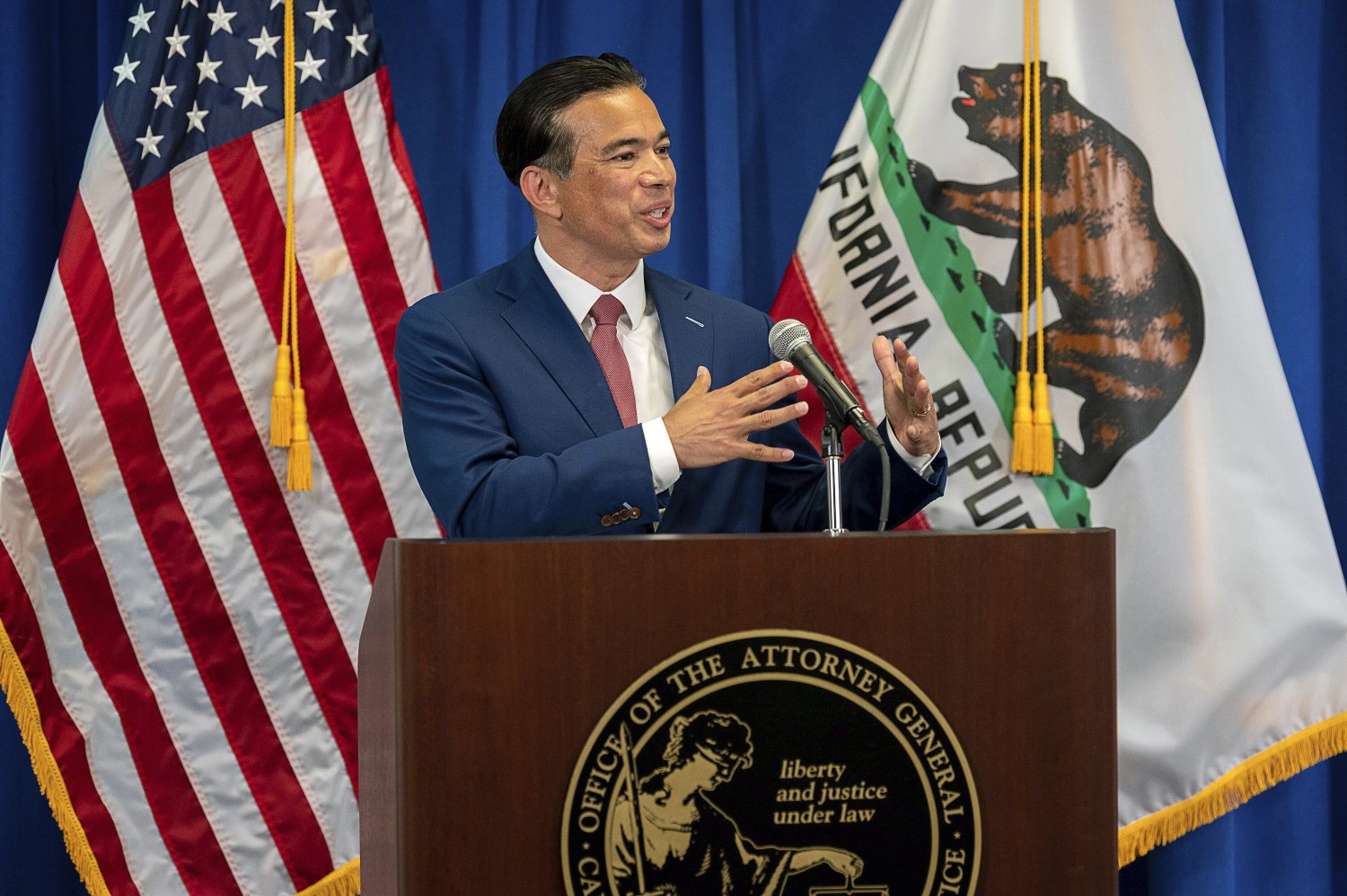 The state Department of Justice has opened field offices throughout California to investigate police shootings that kill unarmed civilians, and has told law enforcement agencies that they must notify the state whenever such incidents occur, Atty. Gen. Rob Bonta said Wednesday.

The actions, including the opening of investigative offices in the cities of Los Angeles and Riverside, were in response to a new law that took effect July 1 requiring Bonta’s office to independently probe all fatal police shootings of unarmed civilians to determine whether criminal charges should be filed against officers.

Bonta said he expected the two new teams, one for Northern California and one for Southern California, would investigate 40 to 50 fatal police shootings each year based on historic trends.

“One of the most important tasks ahead for public safety and our society is building and maintaining trust between our communities and law enforcement,” Bonta said. “Impartial, fair investigations and independent reviews of officer-involved shootings are one essential component for achieving that trust.”

The attorney general said 27 special agents and six supervisory agents would make up the California Police Shooting Investigation Teams. The Northern California office is in Sacramento.

The new law was authored by Assemblyman Kevin McCarty (D-Sacramento), who said he was concerned that the state Department of Justice had denied requests from some community leaders to undertake independent investigations of several high-profile police shootings.

The state DOJ has traditionally deferred to county prosecutors, who have handled such cases after investigations by the law enforcement agencies involved.

“Police shouldn’t police themselves, and the current system is fraught with conflicts of interest,” McCarty said during debate on the bill. He noted he had first proposed legislation in 2015 and since then more than 800 people had been shot and killed by police in California.

The measure was opposed by some law enforcement groups, including the California State Sheriffs’ Assn., which said it could result in duplicate state and local investigations and that the state DOJ lacked the resources and was not equipped to take on the new responsibilities.

The measure “bypasses local investigatory processes, including established agreements to have outside agencies investigate officer-involved uses of force,” the association said in its opposition letter to lawmakers.

Under the new law, the DOJ must investigate the fatal police shootings and submit a written report that states the facts of the case, its analysis, provides a conclusion on each issue raised by the shooting and recommends whether policies of the law enforcement agency should be changed.

If the DOJ determines criminal charges are warranted, it would prosecute the officers.

Bonta said his office would also continue to conduct “pattern and practice” investigations of law enforcement agencies if there appear to be problems beyond one incident. Those kinds of investigations, aimed at determining whether reforms should be pursued, are ongoing involving the Los Angeles County Sheriff’s Department and the Vallejo Police Department.

On Wednesday, Bonta formally launched the new investigative teams and released the guidelines and protocols his office would use in investigating fatal police shootings, saying his agency will make public its investigative findings, including explanations when a decision is made not to seek a criminal prosecution.

Bonta said investigators would be deployed throughout the state with an emphasis on areas where there had historically been the most police shootings. The field offices will allow investigators to get to the scenes of shootings quickly, he said.

The shooting investigation teams “will work in coordination with local responding agencies throughout the investigation of the officer-involved shooting, and members … will serve as concurrent, independent special agent investigators of these critical incidents,” the DOJ said in a statement.

Once an investigation is completed, the case will be turned over to the DOJ’s Special Prosecutions Section within the Criminal Law Division for review.

Administrative or civil investigations remain the responsibility of the law enforcement agency that employs the involved officers.

Bonta was a state assemblyman before Gov. Gavin Newsom appointed him attorney general in March to fill a vacancy left by Xavier Becerra’s departure to become U.S. Health and Human Services secretary in the Biden administration.

As a lawmaker, Bonta was a co-author of the legislation he is now implementing.

He said during a news conference Wednesday that the investigations would not be easy but that he expected local law enforcement would cooperate.

“I’m honestly not expecting a lot of pushback or tension or obstacles,” Bonta said. “We will be prepared for any that do arise.”

Representatives of the LAPD and Los Angeles County Sheriff’s Department did not immediately respond to requests for comment on the new state investigation teams.

The state budget approved for the fiscal year that began July 1 includes $13 million to staff the investigation teams.

The DOJ said before Bonta’s appointment that it would need $26 million to properly investigate the 40 deadly police shootings that the state averaged each year.

He said Californians deserved an independent and transparent process for determining whether police officers acted properly when shooting unarmed civilians. He also said the issue was personal for him.

“I’ve heard firsthand the hurt and the pain that too many families and communities feel in the moments after these incidents,” Bonta said. “I have witnessed the lack of trust that these investigations will be treated fairly by our criminal justice system.”