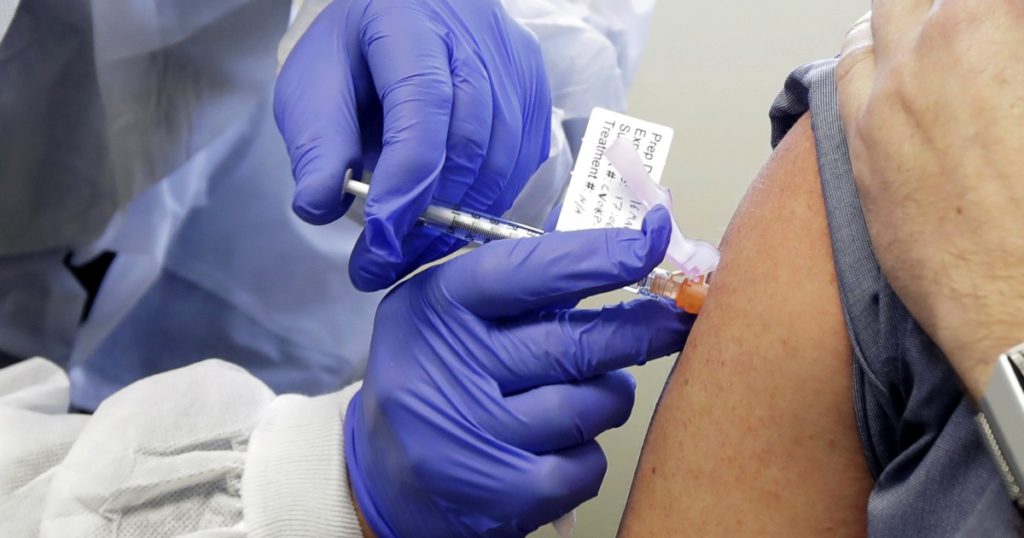 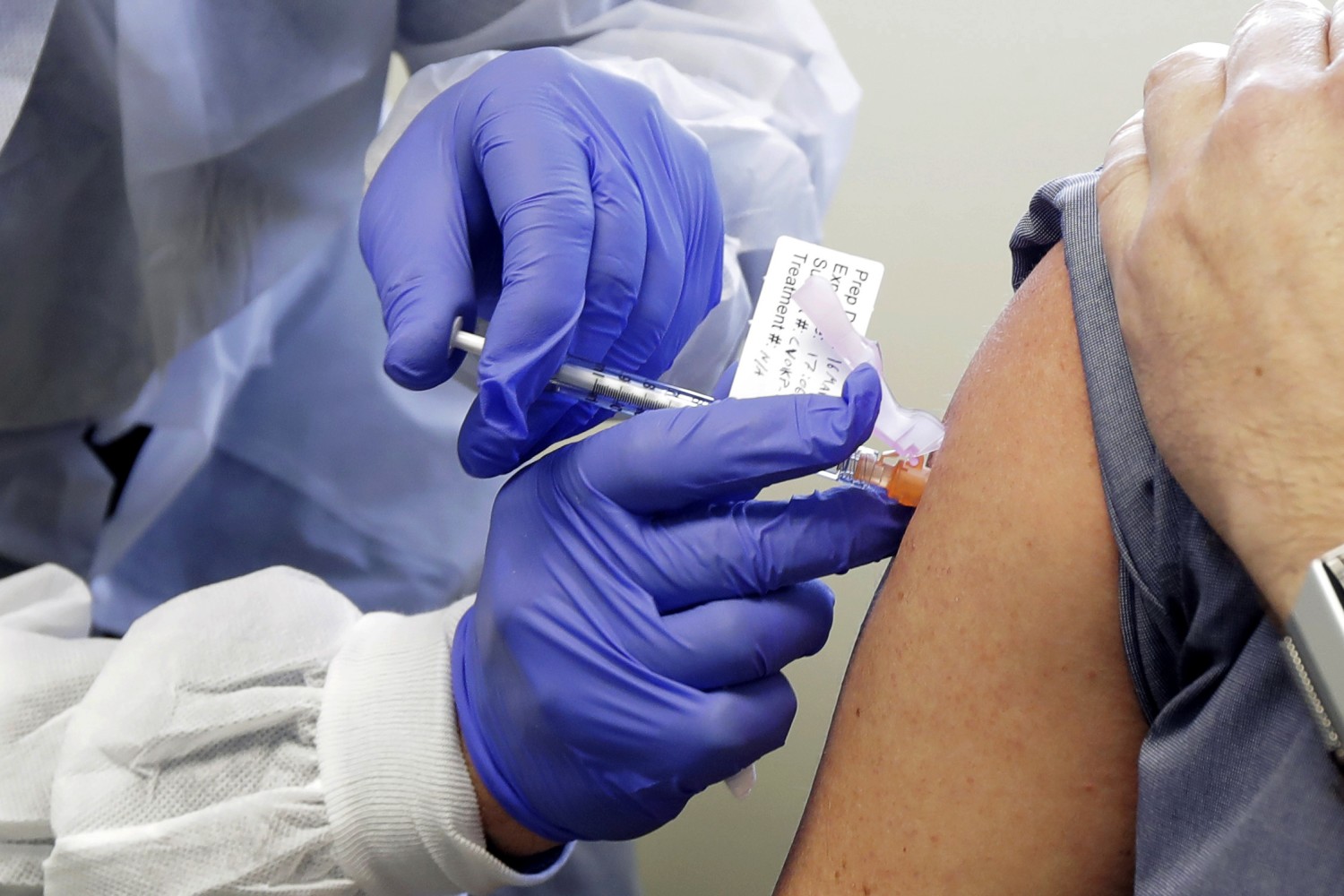 Following a shaky rollout of the state’s COVID-19 vaccination efforts, advisors to Gov. Gavin Newsom have struck a far-reaching agreement with Blue Shield of California for the health insurance company to oversee the distribution of vaccine doses to counties, pharmacies and private healthcare providers.

The decision marks a sharp turn away from a more decentralized process that has been criticized for inconsistency across regions of the state and sluggishness in its effort to vaccinate Californians. It will also mean the outsourcing of tasks that, until now, have been overseen by state and local government officials.

“We understand that vaccine supply is limited,” state Government Operations Secretary Yolanda Richardson said on Tuesday. “But we also need to address that the supply we have now needs to get administered as quickly as possible, so we’re developing an approach that allows us to just that.”

On Tuesday, officials announced their intent to create a statewide vaccine distribution network but declined to identify Blue Shield until Wednesday as the company that will be placed in charge of the program. A spokesman for the California Department of Public Health said Wednesday that the contract is expected to be finalized soon and that the transition in oversight will take several weeks.

Kaiser Permanente, a health maintenance organization that provides services for more than 9 million Californians, will run a separate vaccination program for its members and provide additional assistance to the state, the public health spokesman said.

With Blue Shield as the statewide vaccine administrator, the nonprofit’s employees will be tasked with managing the flow of vaccination requests and deliveries using new guidelines from state officials that determine the order in which Californians will be eligible to be inoculated. Those guidelines are expected to abandon some of the state’s more detailed categories of eligibility by employment, instead favoring a yet-to-be-explained approach based largely on age. With Blue Shield at the helm, state officials said the new system will bring equity to a COVID-19 vaccine distribution process that has thus far been dictated by where Californians live.

“We want to make sure that nothing slows down the administration of vaccine, other than the pace in which vaccine arrives in the state,” Richardson said Tuesday.

The new statewide vaccine distribution network overseen by Blue shield will comprise a wide variety of locations at which vaccinations will be administered, including pharmacies, community health centers and temporary pop-up locations. State officials said the system will focus on fair distribution of vaccine doses and allow for fast adjustments as needed.

How Blue Shield was selected for its powerful new role in California’s vaccine strategy — and the specific terms of its contract with the state — wasn’t immediately clear. The Oakland-based healthcare provider serves some 4 million Californians and has been deeply involved in the Newsom administration’s pandemic response efforts since last spring, including stepping in to help improve COVID-19 testing efforts last April after the state’s disastrous start. The company’s chief executive, Paul Markovich, served as co-chair of the governor’s testing task force, and some of the company’s employees also worked on the effort.

Blue Shield’s connections to Newsom aren’t limited to policy. The healthcare company, a prominent player in California political campaigns, spent more than $1 million in support of Newsom’s campaign for governor in 2018 and almost $1.3 million on lobbying state government in the most recent legislative session.

A Blue Shield spokesman said Wednesday that the company is looking forward to helping “dramatically expand the rate of vaccinations so that all Californians can be protected.”

“Blue Shield of California is honored to be invited by the governor to play an important role in helping to save lives and overcome this pandemic,” said spokesman Matthew Yi. “We are finalizing the details with the state on our role and look forward to working with healthcare professions to beat COVID-19.”

California has struggled to obtain enough COVID-19 vaccine doses, which prompted some providers to be cautious about administering the doses they have on hand. Data reporting problems have also hampered the state’s ability to understand the reasons behind some of California’s vaccination challenges.

“Right now, we don’t have one California implementation, we have dozens or hundreds when we consider counties and all the different providers,” said Anthony Wright, executive director of the advocacy group Health Access California. “We are currently operating with a fragmented healthcare system where an underfunded public health system fills in the gaps. To have a broader system have better data where the problems can be identified, that’s really important.”

Newsom has attempted to rehabilitate the state’s rough start to mass vaccinations, telling Californians to “hold me accountable” to a goal of administering 1 million doses of COVID-19 vaccine in 10 days. Setting that goal backfired when, due to data collection problems, the state was unable to definitively say if Newsom met his target.

Amid the attempts to vaccinate the state‘s residents, Newsom unveiled the website My Turn to help Californians schedule appointments, notify them when they are eligible to be vaccinated and better track vaccination data for California.

As of Wednesday, the state reported administering 2.7 million doses statewide, or 57% of the vaccine supply on hand, although officials warned that data delays continue to affect that tally.

Wednesday’s agreement with Blue Shield came two days after Newsom said the state would overhaul the way it prioritizes Californians in the next round of COVID-19 vaccinations, focusing on age rather than specific occupations considered higher risk. The shift does not change who is at the front of the line under the prior tiering system — healthcare workers and residents 65 and older, followed by teachers, farmworkers and first responders.

Disability rights groups and the union representing job sectors that will no longer be prioritized criticized the state’s new plan, saying a purely age-based system is not a replacement for risk-based tiering.

Bob Schoonover, president of Service Employees International Union California, said the shift to age-based decisions over occupational risks in the next tier runs counter to research that shows workplaces are a major source of the spread.

“Millions of working Californians, most of them people of color, have no choice but to leave their homes and work each day, exposing themselves, their families, and their communities to COVID-19 and its devastation,” Schoonover said in a statement.