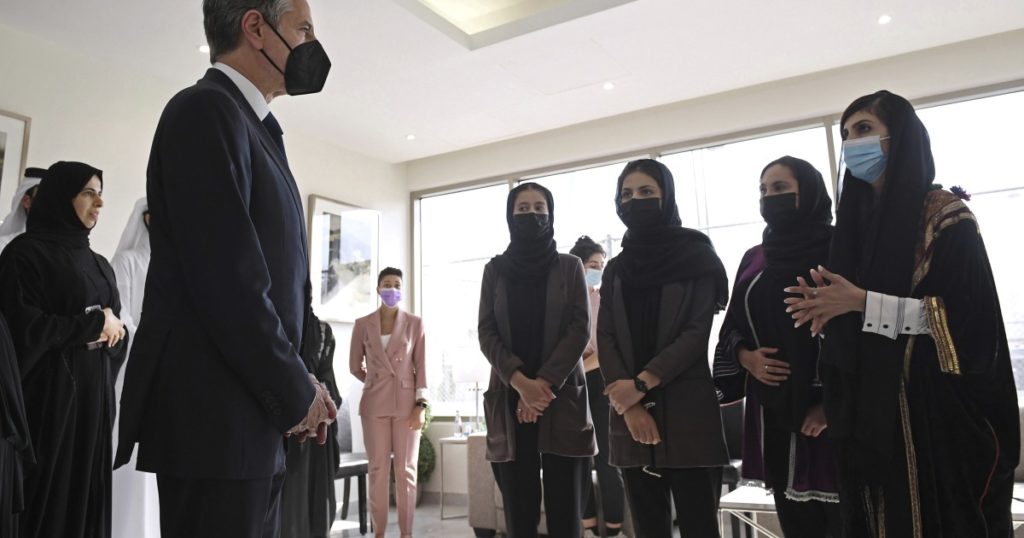 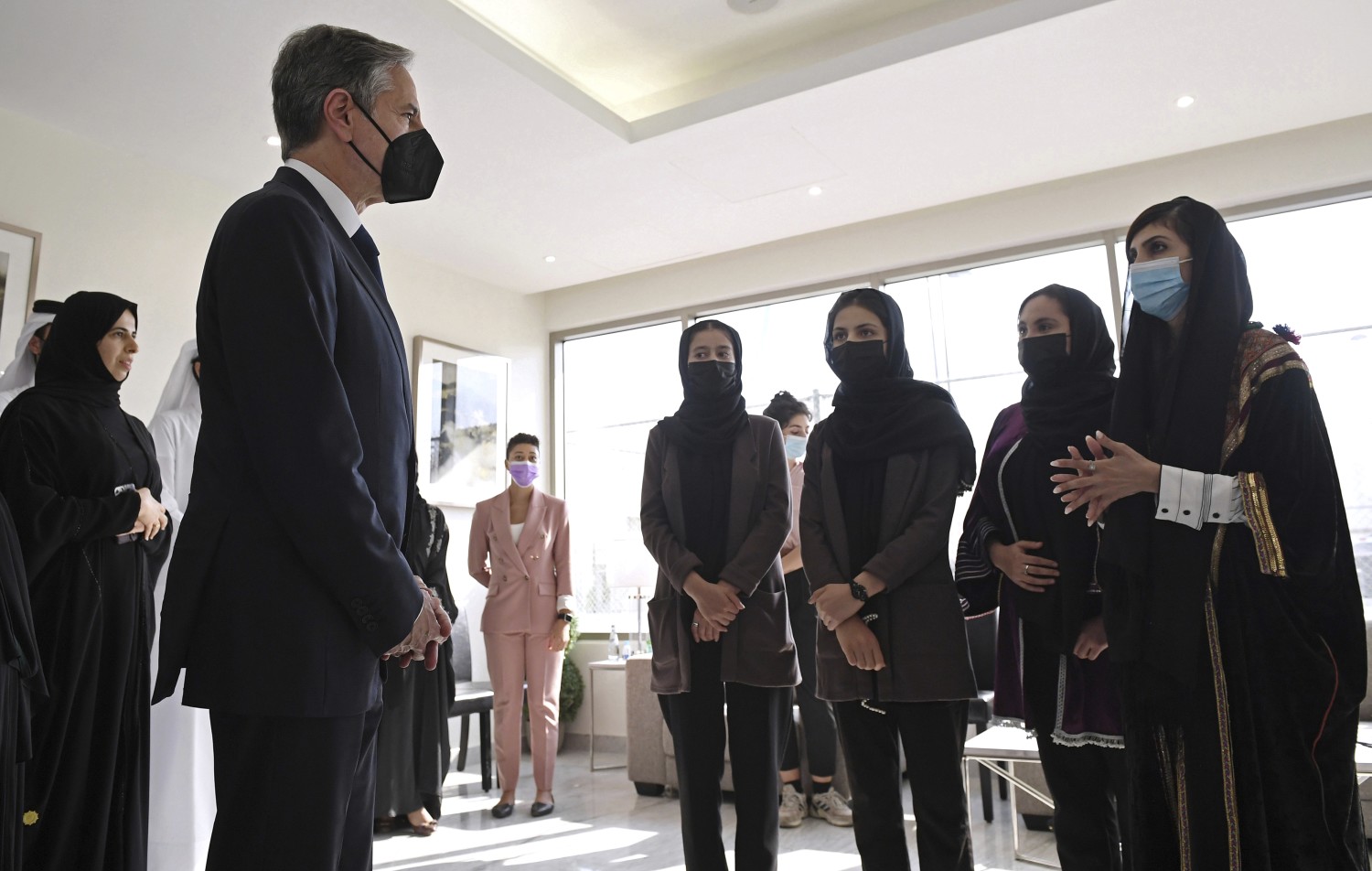 Seeking to quell a wave of criticism, America’s top diplomat said Tuesday that charter flights carrying U.S. citizens and Afghans to safety from northern Afghanistan were being held up by concerns over security and knowing who’s on board, not because of Taliban extortion.

“We’ve reiterated this point directly to the Taliban in recent hours,” Secretary of State Antony J. Blinken said at a news conference here in the Qatari capital in describing negotiations over several charter rescue flights attempting to take off from an airport in Mazar-i-Sharif, a city near Afghanistan’s northern border with Uzbekistan.

“We have been assured, again, that all American citizens and Afghan citizens with valid travel documents will be allowed to leave,” Blinken said. It is not a “hostage-like situation” in Mazar-i-Sharif, he said.

He was responding to a broadside from members of Congress and others who accuse the Biden administration of “leaving Americans behind” in the hasty withdrawal from Afghanistan. As the extremist Taliban took control of the capital, the U.S. military and its allies evacuated more than 124,000 people, including nearly all of the estimated 6,000 U.S. citizens in the country, the State Department say.

A small number, possibly fewer than 200, remained but now those citizens want to leave, the State Department said, and some of them were attempting to depart through the Mazar-i-Sharif airport when Taliban authorities blocked takeoff.

GOP Rep. Michael McCaul of Texas accused the administration of succumbing to extortion by the Taliban demanding payment for the flights to be allowed.

But Blinken, who appeared in Doha beside Secretary of Defense Lloyd J. Austin III, said there were other causes. Because the U.S. no longer has an official presence on the ground in Afghanistan, there is very little reliable scrutiny of who boards the planes. Blinken said it has been impossible to verify passenger manifests, to check identification documents and to confirm flight plans and landing rights of the planes. The possibility of a suicide bomber boarding a flight is a real concern.

The Taliban says passengers leaving the country must have proper travel papers such as passports and visas. Blinken said that most of the U.S. citizens attempting to depart have the paperwork but are part of larger groups in which many do not. So the entire plane is blocked.

“These raise real concerns, but we are working through each and every one,” Blinken said. “We’re doing … all we can to clear any roadblocks.”

The difficulties Blinken described illustrated the fact that evacuations from Afghanistan continue but are more complex and delicate than ever, in part because they require a degree of cooperation with the Taliban.

Blinken was wrapping up a two-day trip to Qatar that focused almost exclusively on Afghanistan and evacuees. Blinken and Austin toured some of the U.S. and Qatari military facilities used to process the tens of thousands of Afghans who fled through Doha. The men heaped praise on Qatar for its role in the airlift; more people transited through the country than any other.

They also met with hundreds of men and women from the U.S. Army, Air Force and Marine Corps as well as civilians from across U.S. government who teamed to work with the evacuees, setting up hundreds of cots in air-conditioned hangars, offering food and medicine, and assisting them with their paperwork. On the outside wall of one hangar, a sign in Arabic and English said: “If you are pregnant or with newborns, please alert us.”

Late in the day, Blinken met with members of Afghanistan’s girls robotics team now in exile.

“You are famous around the world, a source of inspiration around the world,” he told a dozen or so girls who gathered in a community center. They nodded as he spoke, their eyes wide above their COVID face masks and below their headscarves.

Businesswoman Roya Mahboob founded the group in 2017, and it went on to compete internationally and win an occasional prize. The team was seen as an example of how far women in Afghanistan have come in education and fair opportunity.

She spoke for the girls, most of them in their teens, to voice appreciation to Blinken for U.S. help in the evacuations but fear for those who remained.

The group and its supporters once had hope that Afghanistan would progress to becoming a country with strong technological skills, she said. Now, she said, everyone is terrified.

“There is lots of uncertainty,” Mahboob said, looking directly at Blinken.

“What is your plan, what is your U.S. government going to do for the … futures of children and women in Afghanistan?”

Blinken didn’t have many answers.

“There’s so much change happening,” Blinken told her. “I can’t tell you where everything is going to land.”