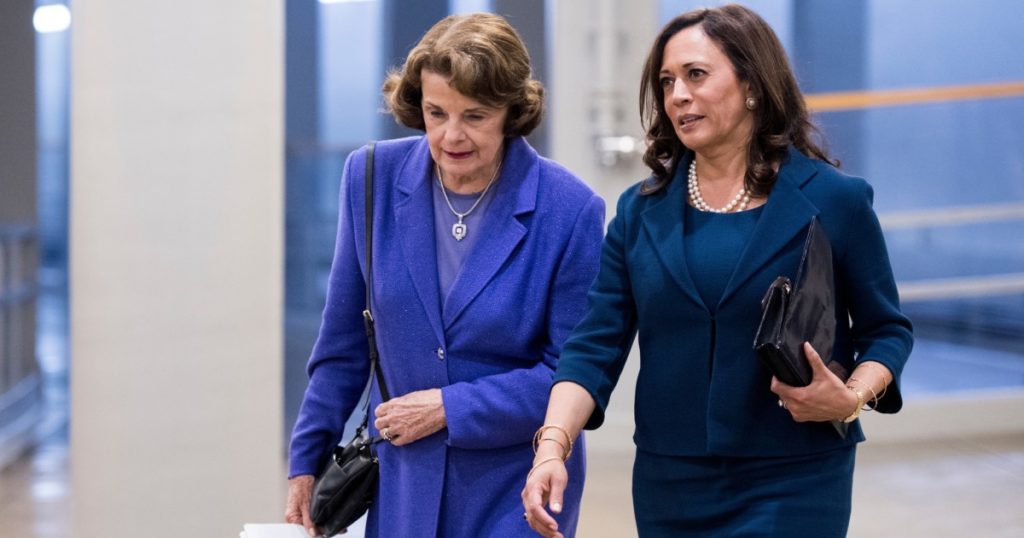 When the leader of California’s Legislative Black Caucus talks about why it should be a Black woman who replaces Kamala Harris in the U.S. Senate, she often comes back to the old adage about political power.

“If you don’t have a seat at the table,” Assemblywoman Shirley Weber (D-San Diego) told me, “then you’re on the menu.”

And Black people in California clearly have no intention of being on the menu. For the second time this week, an amalgam of Black leaders sent a letter to Gov. Gavin Newsom on Wednesday, urging him to pick Rep. Karen Bass of Los Angeles or Rep. Barbara Lee of Oakland to fill the seat soon to be vacated by Vice President-elect Harris.

“Representation matters,” they wrote. “Our democracy should reflect the vibrant diversity of California and reward African American women for continuing to power the Democratic Party to important victories nationwide, including regaining the White House.”

Only problem for Newsom is that Latino leaders are making a similar argument.

“California is blue, blue, blue because of us,” Assemblywoman Lorena Gonzalez (D-San Diego) said last month. “It is the work that Latinos did on the ground. It is our housekeepers and our janitors. We built California as a new California, as a California that elects Democrats time and time again.”

The Latino Legislative Caucus is pushing Newsom to appoint Secretary of State Alex Padilla — especially now that another potential pick, California Atty. Gen. Xavier Becerra, has been nominated to become the nation’s next Health and Human Services secretary.

So what’s a governor who loves to talk about equity to do when faced with this phalanx of qualified candidates of color?

Here’s a thought: We should help him out by urging Dianne Feinstein to step down early — preferably before the next Congress — so that California will have two open seats in the U.S. Senate instead of just one.

While it’s not the easiest solution to Newsom’s political problem, it is the right solution. Representation does matter, and the more I listen to Black and Latino leaders demand it on behalf of a state that is becoming more diverse every year, the less I understand why our senior senator is still in office, blocking progress.

In truth, I didn’t entirely understand it in 2018 either, back when Feinstein was running for reelection against now-L.A. City Councilman Kevin de León. Then a member of the Sacramento Bee’s editorial board, I remember listening carefully when we asked her why she wanted to return to the U.S. Capitol after spending decades in Congress.

Her answer? A dubious “because there’s so much more I can do.”

Feinstein went on to talk about the importance of her seniority on the high-profile Senate Appropriations, Intelligence and Judiciary committees — leadership of which she has agreed to drop — and her apparently unique proficiency in securing grants.

And then she said this: “I think I represent the values of the state.”

Yeah, no. That just doesn’t ring true anymore. Certainly not after the year we’ve had, with racial reckonings over white supremacy, an economic upheaval that has devastated poor and middle-class Californians alike and a pandemic that continues to disproportionately claim Latino and Black lives.

At 87 years old, Feinstein is the oldest member of the U.S. Senate, a member of the Silent Generation in a state dominated by people under 40. She is a wealthy woman in a state overrun with poverty, and the homelessness that too often accompanies it.

Criticism of Feinstein has been escalating in recent months, especially from the progressive left after confirmation hearings of now-U.S. Supreme Court Justices Brett M. Kavanaugh and Amy Coney Barrett. Persistent questions about her mental acuity — particularly her short-term memory — haven’t helped, with staffers frequently having to clarify statements that Feinstein has made to reporters.

Given all of this, it would make perfect sense for Feinstein to be selfless and retire early with California’s gratitude for a distinguished career. Now is absolutely the time to be an ally to communities of color and let another younger lawmaker represent the evolving values of this state. For to adequately address the many long-standing, race-based disparities in everything from healthcare to housing, California needs a Black senator and a Latino senator.

But politics rarely, if ever, makes perfect sense. What’s far more likely to happen is that Feinstein will serve until her term ends in January of 2025.

That means it will be up to Newsom to ensure that California has a real shot at this multicultural future in the U.S. Senate — and the only way to do that is to appoint Lee or Bass to replace Harris.

If the governor doesn’t, the sad truth is it will be difficult — if not impossible — for either of these highly qualified women to become a U.S. senator. And, if history is any indication of the future, it will take several more years for another Black woman to have a real shot at a seat in the upper chamber, given there are only a few of us at the highest levels of government.

Harris was only the second Black woman to serve in the U.S. Senate, after Carol Moseley Braun of Illinois. And with Harris becoming vice president, there are now only three Black women in California’s congressional delegation, none of them in the Senate.

“The ability around the nation to recognize and to support Black women in statewide positions is very bleak,” Weber said. “You got 100 people in the Senate and you don’t have one Black woman” without Harris.

Weber recalls the “extremely expensive” fight that was necessary to get Harris in front of voters statewide for the first time, and scoffs with anger at the idea of having to do it again rather than being able to rely on the visibility that comes with incumbency.

It is particularly galling at a time when Democrats are hailing Black women for being the “backbone” of the party and are depending on another Black woman, Stacey Abrams, to ensure enough voters turn out in Georgia next month to flip the Senate back to Democratic control.

A Latino candidate, on the other hand, would likely have better luck with voters while running for Feinstein’s seat — assuming again that history is any indication of the future. Already a quarter of California’s congressional delegation and about half of the current statewide officeholders are Latino.

That’s why Weber, joined by Black politicians and activists up and down California and across the U.S., isn’t giving up.

“This is our seat,” she said. “We have fought to get the seat, and there was a reason why we fought for the seat. And we should not have to justify it.”