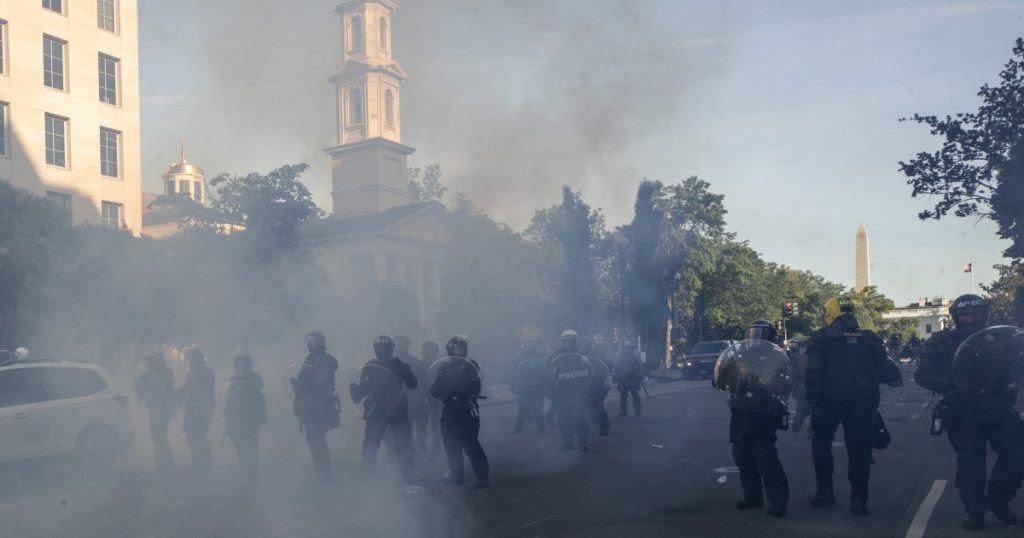 A federal judge in Washington ruled that Black Lives Matter can’t claim damages from former President Trump over the removal of protesters from Lafayette Square last summer before his much-publicized walk from the White House to a nearby church.

“Merely alleging that the defendant officials communicated, without alleging any details of those communications that suggest an unlawful agreement, cannot justify inferring the requisite agreement” for a conspiracy, the judge ruled.

Friedrich said the plaintiffs could move forward with legal claims against Arlington County and District of Columbia officials who are accused of using force to break up a peaceful protest. “Reasonable officers would have known that such alleged actions violated clearly established law,” she wrote.

The judge also said the plaintiffs could challenge the continued restrictions on access to Lafayette Square.