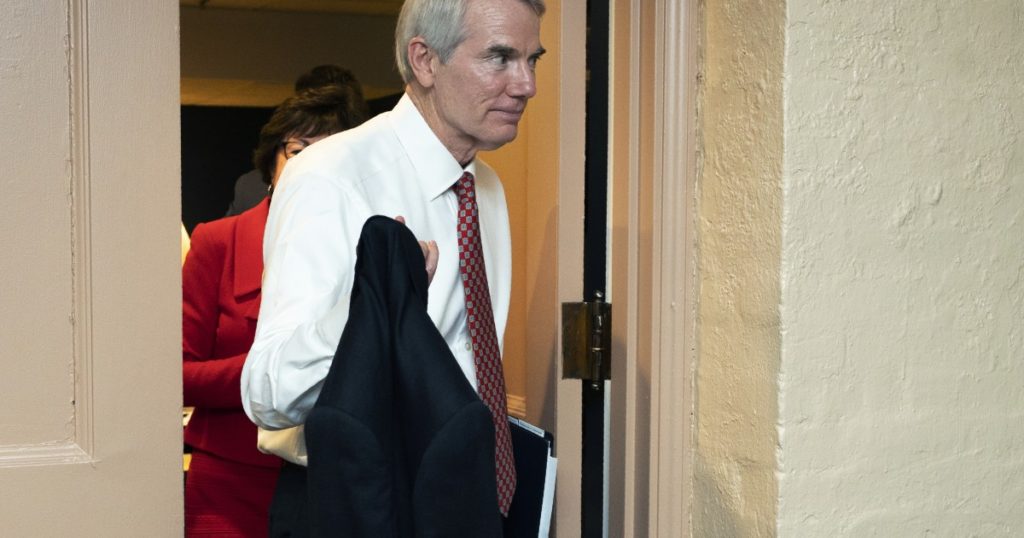 A bipartisan group of senators is closing in on what could be an approximately $1.2-trillion proposal to build and repair the nation’s roads, bridges and broadband internet networks.

The plan is the first part of President Biden’s “Build Back Better” infrastructure initiative.

The Senate may hold the first procedural vote on the measure as soon as Wednesday evening, Majority Leader Charles E. Schumer (D-N.Y.) said on the Senate floor Wednesday morning. A previous attempt failed last week when 10 key Republicans balked at Schumer’s attempt to advance the bill before the final details had been hammered out.

Sen. Rob Portman of Ohio, the lead Republican in the negotiations, said after meeting with Majority Leader Mitch McConnell (R-Ky.) that the group had reached “an agreement on the major issues.”

It is unclear how soon there might be final legislative text and cost estimates, which will be important to getting the support of Republicans who were not party to the negotiations. The first vote would need the support of 10 Republicans, assuming every Democrat supports the measure. It is unclear whether that level of support exists.

Biden and the group of bipartisan senators announced a month ago they had reached an agreement on an infrastructure framework.

It quickly became clear that that framework was incomplete. The group, with the addition of White House staffers, continued to meet on Capitol Hill to iron out details. For more than a week, members of the negotiating group said they were close to a deal.

Even if the Senate vote is approved on Wednesday evening, the final package is far from conclusion. Further votes and final passage in the Senate would be held in the days to come, potentially through the weekend.

Democrats are trying to enact the plan in two parts. The bipartisan plan would invest in the so-called hard infrastructure projects. Earlier drafts of the plan put its price tag at $579 billion in new spending for a total of $1.2 trillion overall.

Democrats hope to approve about $3.5 trillion for the rest of Biden’s plan under a procedure that doesn’t allow for a GOP filibuster.

This part of the plan includes an ambitious list of new and expanded social programs, such as child and elder care and enhanced Medicare benefits. With Republicans opposing these programs, Democrats must rely solely on their own caucus for the votes.

The House has not yet taken up either proposal. Amid concern from progressives that Senate moderates might balk at the partisan proposal, Speaker Nancy Pelosi (D-San Francisco) has said the House won’t take up the bipartisan bill until the companion legislation gets through the Senate.