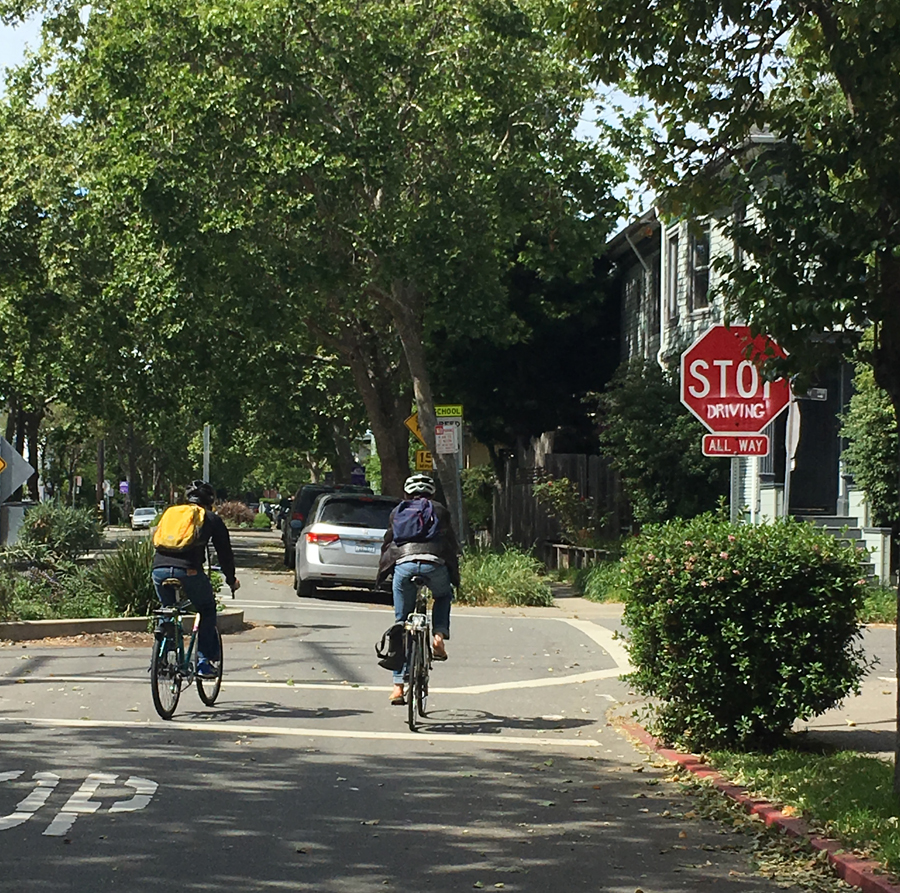 The Freedom to Walk Act, A.B. 1238 from Philip Ting (D-San Francisco), is languishing in the Senate Appropriations Committee, where it must pass by the end of the week to move forward. Pedestrian advocacy organization California Walks is asking supporters to tweet at and call Governor Newsom and Senator Anthony Portantino, the chair of the Appropriations committee. They’ve even written some sample tweets, and offer talking points for a phone call (see below).

The bill would put an end to laws prohibiting crossing a street outside of a crosswalk throughout California. Jaywalking laws punish people who are often navigating inadequate facilities, for example trying to cross wide streets where there are limited crosswalks. It would still be illegal to cross a street recklessly, but just crossing where there is no traffic and no marked crosswalk would no longer be a ticketable offense.

See CalBike’s summary of the arguments for ending jaywalking laws here. These include removing excuses for police to stop and fine low-income and BIPOC people, who tend to receive a disproportionate share of jaywalking tickets.

The Safety Stop bill, A.B. 122, from Assemblymember Tasha Boerner Horvath (D-Encinitas), has passed all committees and could be coming up for a vote on the Senate floor any day now. This is the bill that would align California law with that of seven other states that allow bicyclists to treat stop signs as yield signs. That is, it would remove the requirement that a bike rider has to come to a complete stop at a stop sign if there is no other traffic present at the intersection.

Delaware, where a similar law has been in effect for several years, experienced a dramatic decline in crashes involving bikes at stop signed intersections, and other states have also seen safety improvements. While this still strikes some as counterintuitive, the data has presented strong evidence in favor of this change, and this time around the bill has received a lot of support and limited opposition.

Nevertheless, it couldn’t hurt to call your Senator and urge them to vote in favor of A.B. 122

CalWalks suggests tweeting something along these lines in support of AB 1238:

There is no evidence that jaywalking laws make pedestrians safer. Pedestrian crashes haven’t decreased even while jaywalking enforcement has increased. We must invest in what works – safer infrastructure & decriminalization. Pass #AB1238 now! @GavinNewsom @Portantino

Jaywalking laws have nothing to do with public safety. Oakland PD deprioritized bike/walk stops in 2018 & issued zero jaywalking tickets in 2019, yet severe pedestrian injuries & deaths actually dropped 11% from 2017 to 2019. @GavinNewsom @Portantino

#AB1238 will make pedestrians safer at little to no cost to the state. Plus, it will eliminate pretextual police stops for jaywalking that make the public less safe. It’s time to move forward with decriminalizing jaywalking. @GavinNewsom @Portantino

It also offers the suggested talking points below. When you call, it wouldn’t hurt to mention that you are Portantino’s constituent if you live in his district, which encompasses Glendale, Pasadena, La Crescenta, San Marino, Duarte, most of Burbank, and other nearby communities.

Introduce yourself and urge them to pass AB 1238, the Freedom to Walk Act.

Jaywalking laws prevent pedestrians from making safe and logical choices about crossing the street. In addition, they prioritize vehicle traffic over pedestrian traffic, reinforcing a car-centric mindset that results in greenhouse gas emissions and air pollution. This bill will reprioritize pedestrian movement on California streets, encouraging non-car modes of transportation.

Passing this bill will advance racial justice by reducing racially-biased, pretextual policing. It will also encourage pedestrian activity by ending the overcriminalization of walking. The punishment for jaywalking is extremely severe and there is no evidence that enforcement improves pedestrian safety.

Plus, because jaywalking citations are largely targeted towards low-income people, the fines and fees are largely uncollectible. This means that AB 1238 can promote racial justice and pedestrian activity, without having a significant impact on state revenue.