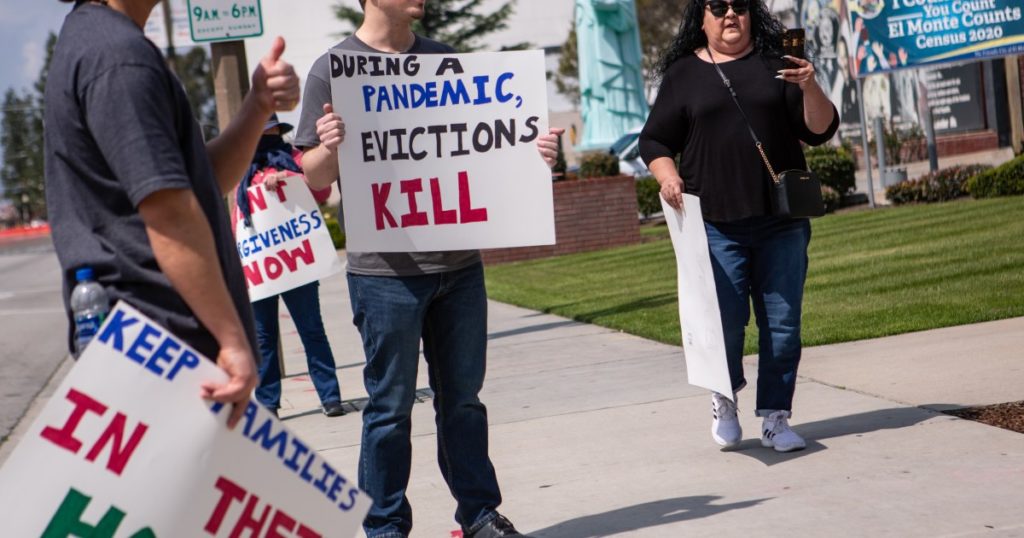 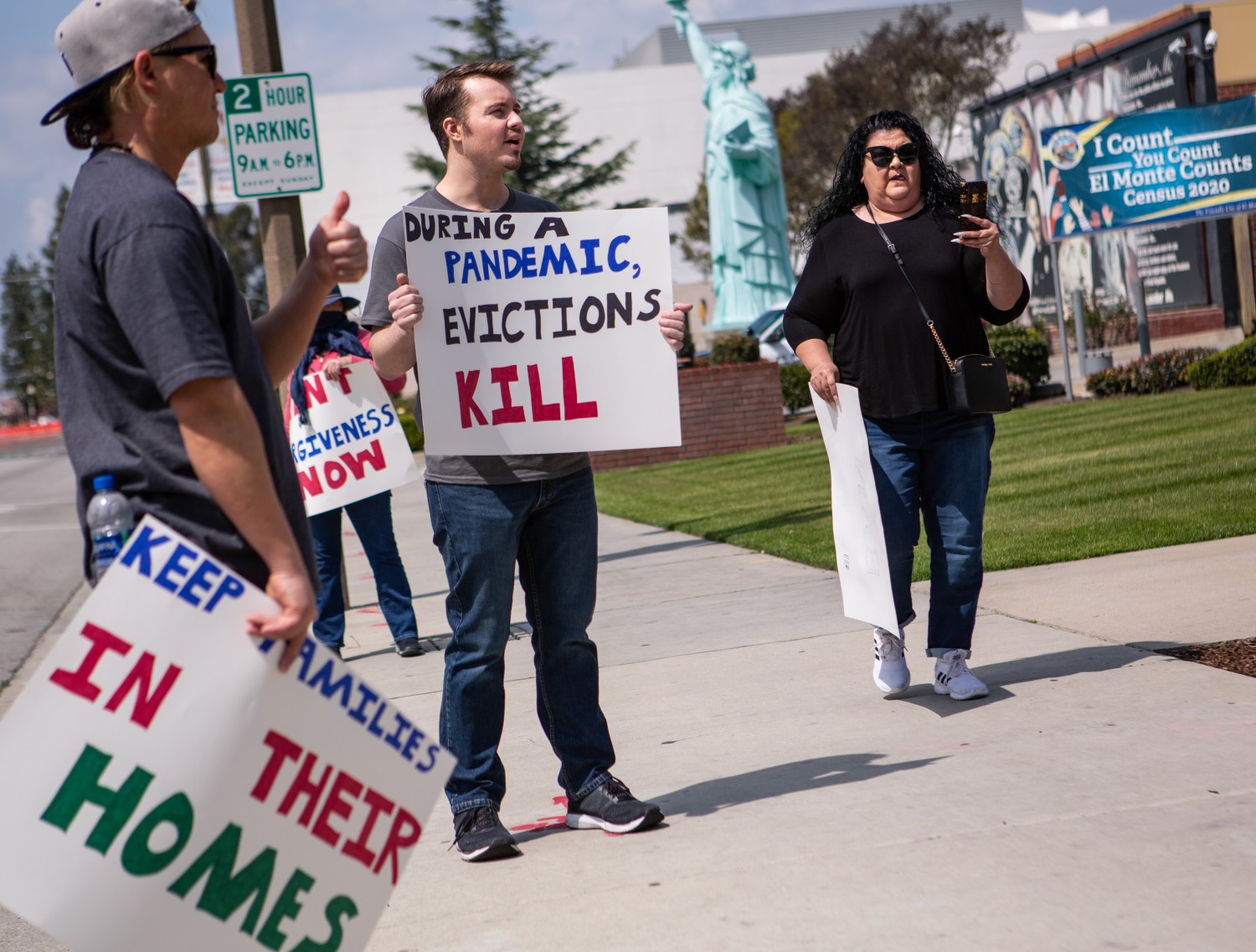 Gov. Gavin Newsom and state legislative leaders have agreed to a proposal to extend through June protections against evictions for California tenants financially harmed by the COVID-19 pandemic, an effort that would head off what some warn could be a housing crisis in the state, state officials said Monday.

The deal, confirmed by the governor, would help renters who have collectively fallen behind by hundreds of millions of dollars as the pandemic’s shutdown of the economy has put many out of work. Current state protections against eviction expire Jan. 31. But some tenant advocates said the proposal does not go far enough.

State Sen. Scott Wiener (D-San Francisco) said Monday he would like to see more, but added immediate action is needed this week on the proposal supported by the governor.

“While the proposal doesn’t go as far as I would like … we must pass this proposal by end of week to avoid mass evictions,” Wiener said.

Atkins and Rendon had signaled earlier this month that they supported extending the eviction moratorium.

“COVID-19 continues to devastate communities across our state and too many Californians remain one paycheck away from losing their apartments or homes. These families need protection and relief now,” Newsom, Rendon and Atkins said in a joint statement Monday, adding the proposal is “protecting tenants and small landlords from losing their housing as the nation continues to confront the pandemic.”

The state leaders said the use of federal funds for rent subsidies “will help tenants stay afloat during and after this pandemic.”

The budget-related bill would extend eviction protections and allow tenants to meet the 25% payment requirement by paying that amount monthly or providing a lump payment by June 30. Tenants were already required to pay 25% of rent in recent months under the current eviction protection law.

The current law converts the other rent to debt that landlords can seek in the courts, but cannot be used as the basis for eviction.

The new rent subsidy will pay landlords 80% of the total amount of rent in arrears incurred between April 2020 and March 2021 as long as landlords agree to forgive the remaining 20% and not pursue evictions.

If the landlord doesn’t agree to forgive unpaid rent, the program would pay 25% of rent in arrears. The legislation identifies $1.5 billion of the $2.6 billion allocated to California for rent relief, and says the rest of the money, which goes to local jurisdictions, may also be used.

Christina Livingston, executive director of the tenant advocacy group Alliance of Californians for Community Empowerment, said the proposal is flawed and state leaders must do more.

“This plan leaves tenants to the ‘luck of the draw,’” Livingston said. “If a tenant has a landlord who wants them to stay, they will get this federal rent assistance. If the tenant is unlucky enough to have a corporate landlord who wants to flip the building, or a racist landlord who doesn’t like them, they won’t receive the relief.”

Those eligible for the rental assistance must qualify as low-income residents based on a formula involving area median income, have financial hardships such as unemployment and demonstrate a “risk of homelessness or housing instability,” according to the legislation.

The legislation would require landlords to notify tenants who owe back rent that the rental assistance program is available and block property owners from evicting people if they have not given that notice.

The $2.6 billion for the program was recently approved by Congress during the Trump administration and the money is divided between state and local jurisdictions.

The proposal will be pursued in a budget trailer bill, which does not require the lengthy process and two-thirds majority vote that regular legislation undergoes to take effect immediately. A simple majority vote would pass the bill.

Millions of Californians have lost jobs or income since the COVID-19 pandemic began nearly a year ago as state health officials urged residents to stay home and businesses to scale back indoor operations to mitigate the spread of the virus.

The current state law approved last summer protected tenants from evictions through Jan. 31 if they are suffering financial hardship because of the pandemic and are paying at least 25% of their monthly rent.

“Obviously getting money in the hands of owners is incredibly important,” said Debra Carlton, an executive vice president of the California Apartment Assn., which represents landlords, before the deal was finalized. “If we go to June, many owners will not have received rent for 15 months.”

About 90,000 California households are behind on their rent by a total of $400 million, according to an estimate last week by the independent Legislative Analyst’s Office, although other estimates have been higher. The office estimated the average unpaid rent of those households is $4,500.