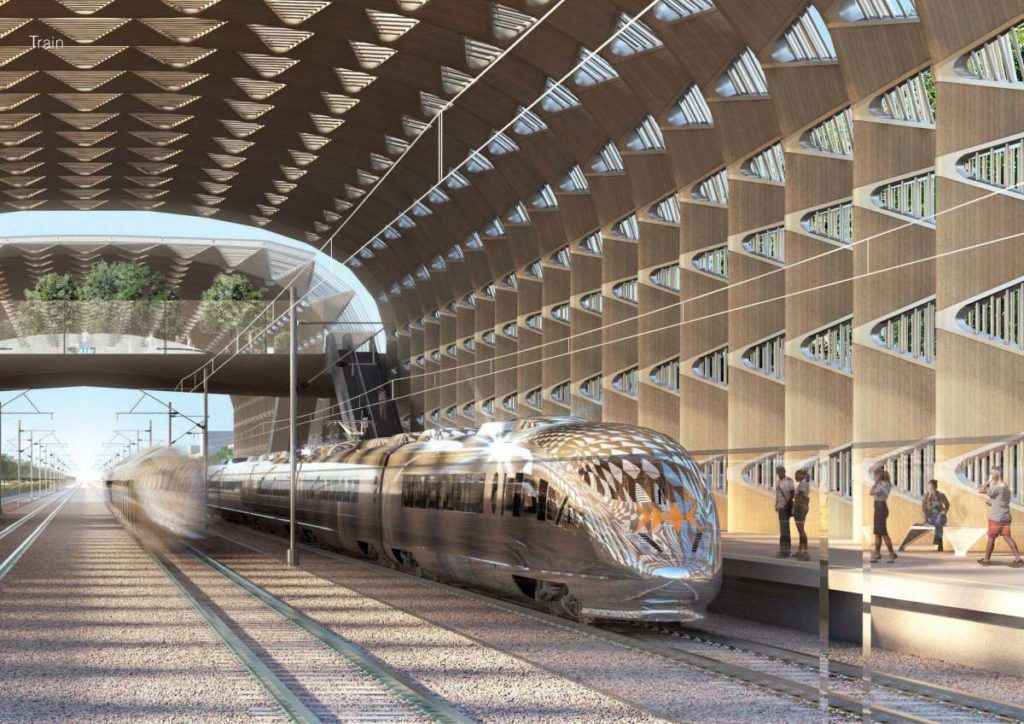 Fresno Congressmember Jim Costa has re-introduced a $32 billion bill to fund the completion of California’s High-Speed Rail project. “A modern infrastructure lays the foundation for a thriving economy,” said Costa in a statement about ‘HR 867: the High-Speed Rail Corridor Development Act.’ “California is leading the way by building state of the art, fast, electrified trains that will go 220 miles per hour.”

“We commend Congressman Costa for being a long-time leader on high-speed rail. The California high-speed rail project will be one of the fastest, most modern rail systems in the world, and will revolutionize American transportation bringing the nation into the 21st century,” said the U.S. High-Speed Rail Association’s Andy Kunz.

As previously covered, Costa first introduced his HSR funding bill a full year ago. However, given the Republicans still controlled the Senate and Trump was still in the White House, it was really just a trial run. Now, with the legislature in control of the Democrats and “Amtrak Joe” Biden as president, the bill is likely to succeed along with the larger $1.9 trillion Biden/Harris stimulus plan.

This follows the pattern of the Obama era’s $8 billion “Passenger Rail Investment and Improvement Act.” That money, matched by local funds, enabled the project to begin construction in the first place. Thanks to Ohio and Wisconsin’s decisions to cancel their rail projects, and the fact that California’s HSR program was “shovel ready,” the Golden State ultimately received some 40 percent of the federal dollars. A disproportionate share could go to California again under Costa’s bill, since separate bills are coming to fund Northeastern rail improvements and other regional systems. Moreover, California now has the only true-HSR project well under construction. There are also, of course, state funding sources for California HSR to complement the federal funds.

The takeaway is that 220-mph HSR trains should be running from Los Angeles to San Francisco as early as 2033, with intermediate services starting sooner in phases as more and more sections are completed. The first bullet trains will start running on the Central Valley spine, with direct low-speed rail connections to Sacramento and the Bay Area, in 2029. Of course, those dates could be pushed back when the political winds swing again and anti-rail Republicans return to sabotaging it and related rail projects, as they did overtly in 2017.

But, with all the federal stars aligning and construction well underway on more than a hundred miles of HSR, it will get finished. “America will be proud of this system and millions will use it as it expands to other states in the coming years,” said Kunz.

More from Costa’s release about the legislation: “California High-Speed Rail has 35 active construction sites between Madera and Kern counties, with more than 500 certified small businesses working to build the Central Valley segment. The project has employed more than 5,000 construction workers. The San Joaquin Valley leg of the project will connect the Valley to transportation systems in Sacramento, the Bay Area, and Los Angeles.”