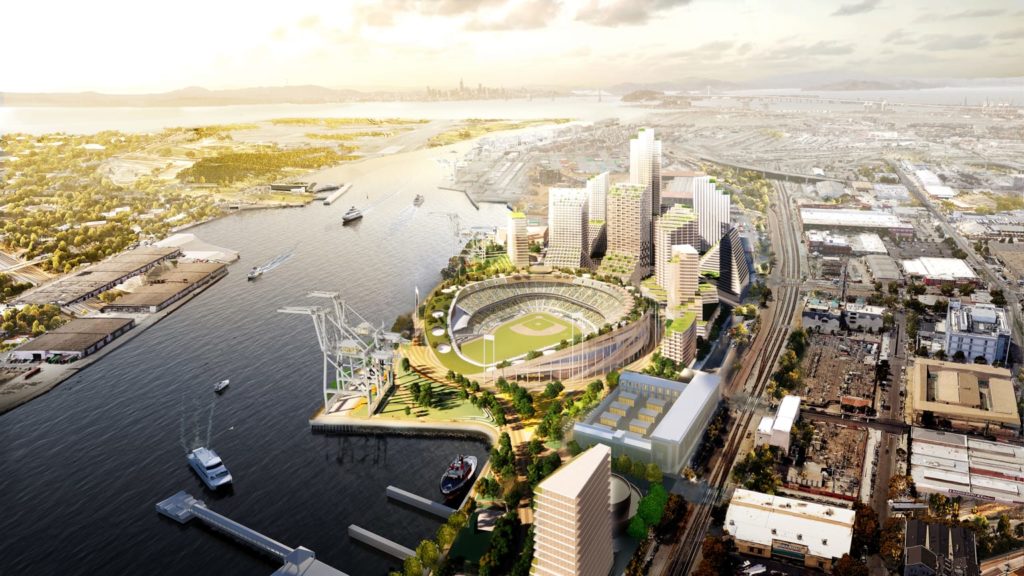 Advocates with Bike East Bay are taking developers of the proposed new Oakland A’s ballpark to task for a lack of bike access in the project’s draft environmental documents.

From a Bike East Bay statement:

The new Oakland A’s ballpark at Howard Terminal could be a home run for great bikeway, transit, and walking connections—but it’s not there yet. Proposed connections from Downtown Oakland, Chinatown, and Lake Merritt BART still fall short of what a project of this size should achieve.

There are obviously many pedestrian improvements in this plan and we support all of them, including the many new sidewalks, wider sidewalks, pedestrian bridge and upgraded crosswalks and bulb outs. Similarly, the transit improvements are all good and we like the Transportation Hub on 2nd Street, but we have concerns about who will pay for the new transit services needed to get people to and from the ballpark. The DEIR [environmental report] leaves that to future discussions, but there needs to be a real plan to fund and ramp up transit services for game day crowds.

But most importantly to Bike East Bay:

This major project and its transportation plan should include high-quality, low stress separated bikeways from all directions and it lacks such bikeways from Downtown Oakland and from the Lake Merritt BART Station (and from points southeast). Buffered bike lanes on busy streets, and especially streets before and after ballgames, are not low-stress bikeways, and the door-zone white stripe on 2nd Street is no bikeway at all.

There’s much more to unpack and it’s definitely worth a read of Bike East Bay’s entire critique, which makes it clear bike access was not truly considered by the study designers and the plan needs work. It’s telling that the project’s transportation page talks about transit and fencing in pedestrians, but barely mentions bikes as a transportation option. Clearly, Bike East Bay will have their work cut out for them.

Streetsblog encourages readers to make their own comments on the plans, which will be accepted until April 27, 4 p.m. (Note the comment period was extended from April 12).

Want to learn more? Next Tuesday, April 6, 5:30-6:30 p.m., Bike East Bay will be moderating a town hall to discuss these issues. RSVP HERE to attend.