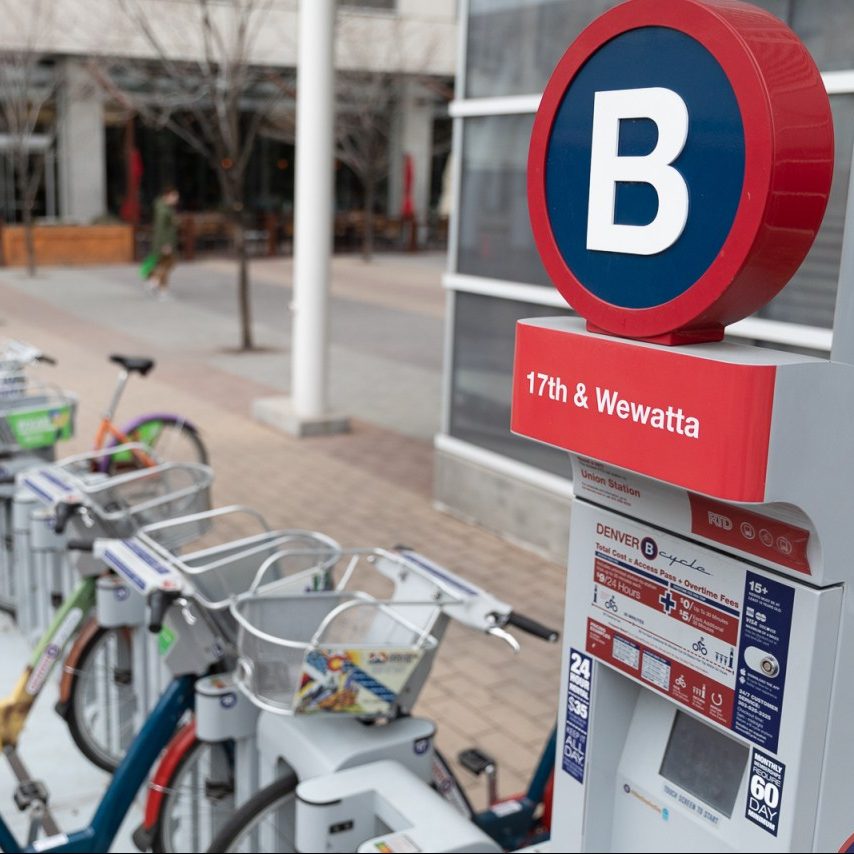 The Biden administration should pour billions of dollars into a variety of bike projects because the investment will generate thousands of jobs while also obviously greening the way Americans get around, advocates said this week, citing a new report on the economic benefits of cycling investments.

For every billion dollars in federal funding, states could construct 5,000 bike share stations, build 1,500 miles of bike lanes and trails, and create 10,500 jobs, according to the new report from a coalition of bicycle advocates, transit union leaders, and e-bike companies. An average of 17 jobs are created for every $1 million the government spends to paint, pave, and stripe bike lanes, and one job is created every time 2.5 bike share stations are completed, the report found.

The paper, “Pathways to Transit: How Investments in Bicycling and Walking Infrastructure Can Support Public Transportation and Create Green Jobs” [PDF] puts a spine in Biden administration’s calls to modernize public transit and make roads and bike networks more accessible to more people.

The group did not specify a particular dollar amount that the Biden administration should allocate to bike and pedestrian projects, but showed the impact that a sizable investment would have on job creation — and a majority of the jobs installing bike lanes and stations and repairing and cleaning bike share systems are unionized, which has brought labor leaders on board with the lobbying efforts.

“Supporting the bike-share industry creates jobs with economic security in communities across the country,” John Samuelsen, president of the Transport Workers Union of America, which represents workers in the bike share industry, said. “Investments into bike share programs are a win-win for transportation workers.”

One of the main goals of boosting investment in bike and pedestrian infrastructure is the improvement of racial and economic equity, the report added. Traffic violence disproportionately affects people living in low income communities, so investments that make streets safer to walk will reduce injuries and fatalities there. Having better-designed streets would lower the number of traffic interactions between police and people of color.

In addition, the report states that investment in bike share systems supports talent from communities of color. In Chicago, for example, 72 percent of employees in the Divvy system are from underrepresented racial and ethnic groups.

Transportation leaders want federal funding to go toward patching up the country’s last-mile connections, ensuring that more Americans can access bike share to get from a bus or train stop to their home or another destination. That includes prioritizing areas that have historically lacked transit options beyond buying a car.

Some cities like Denver and Los Angeles have already made plans to bolster their first and last-mile connections to transit. And New York City is in the midst of expanding its Citi Bike program to have 40,000 bikes available for rent in all five boroughs by 2024.

Adding bike stations near bus stops and subway entrances and extending existing bike lane networks has plenty of other benefits like lowering emissions and reducing dependency on motor vehicles. In 2019, people took 50 million bike share trips on more than 70 systems across the country.

The advocacy coalition — which also includes the League of American Bicyclists, PeopleForBikes, and Rails-to-Trails Conservancy — has a goal of electrifying 20 percent of the most-used bike share stations in each city. That would keep a fleet of bikes running without constantly replacing batteries while helping upgrade curbside infrastructure.