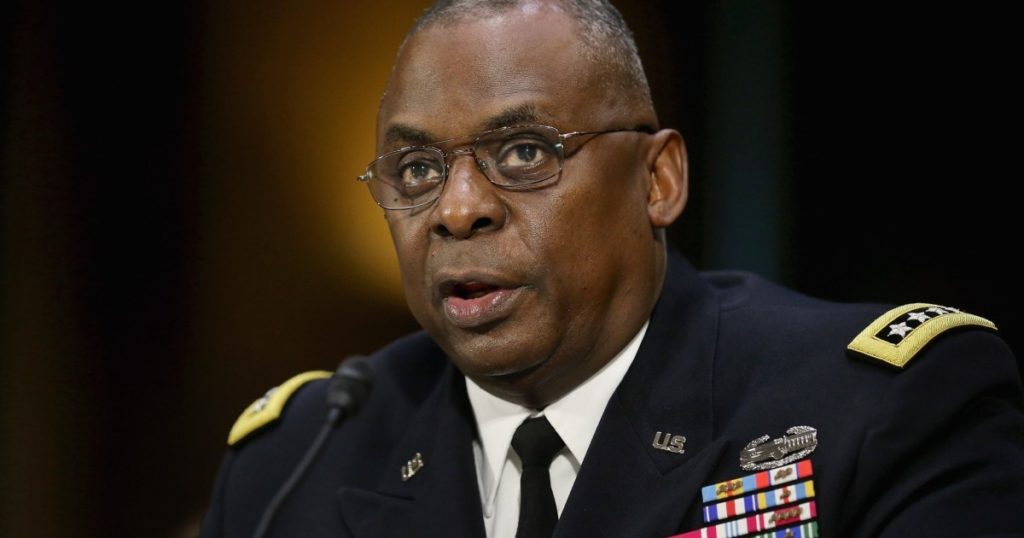 In choosing retired Army Gen. Lloyd Austin to be Defense secretary, President-elect Joe Biden assuaged some supporters who favor a more diverse Cabinet, but he has left others worried that civilian control of the military is under threat.

Austin — a 1975 West Point graduate who rose to command U.S. forces in the Middle East before retiring from the military in 2016 — will be the first Black Defense secretary if confirmed by the Senate.

But even before his nomination was announced Tuesday, it appeared to be in some jeopardy after the news was leaked Monday night. Lawmakers from both major parties, including several top Democrats on the House and Senate Armed Services Committees, voiced concern or outright opposition to putting a career officer in a job usually reserved for a civilian.

Austin would be only the third military leader of the Defense Department in 70 years, and the tradition of civilian control of the military goes back much further, reflected in the Constitution and rooted in Colonial Americans’ revolt against Britain.

While the threat to Austin’s chances was unclear, Biden’s selection did suggest an early misstep. Despite having campaigned on a promise to restore norms Trump disregarded and to respect traditions, Biden seemed to underestimate bipartisan sentiment in Congress for civilian leadership of the Pentagon.

To confirm Austin, the Senate and House would need to waive a law that bars former members of the military from holding the post unless they have been retired for at least seven years.

Biden took the unusual step of defending the nomination in an article in the Atlantic magazine, suggesting his team’s concern about such objections emerging. He wrote that Austin, a low-key officer, emerged as his top choice in part because the 67-year-old four-star general oversaw the withdrawal of 150,000 U.S. troops from Iraq in 2010.

“The next secretary of defense will need to immediately quarterback an enormous logistics operation to help distribute COVID-19 vaccines widely and equitably,” Biden wrote, asserting: “He is the person we need in this moment.”

Biden addressed the criticism in calling on Congress to approve the needed waiver for Austin, saying, “I respect and believe in the importance of civilian control of our military and in the importance of a strong civil-military working relationship at DoD—as does Austin.”

The critics noted that it would be just four years since Congress waived the law for President Trump’s first Defense secretary, retired Marine Gen. James N. Mattis, and 17 Democrats objected then.

Prominent among them was Rhode Island’s Sen. Jack Reed, the top Democrat on the Senate Armed Services Committee, a West Point graduate and a former Army officer. While he backed Mattis, Reed said then that “waiving the law should happen no more than once in a generation,” and added, “I will not support a waiver for future nominees.”

But Reed gave ground Tuesday, telling reporters that Austin — “an outstanding officer” — deserved a hearing to persuade senators. “I feel, in all fairness, you have to give the opportunity to the nominee to explain himself or herself. That’s what I think the principle is.”

But two liberals on the committee announced their opposition. Sen. Richard Blumenthal (D-Conn.) told reporters at the Capitol that the choice of Austin is “exciting and historic,” but added: “I will not support the waiver.” Sen. Elizabeth Warren (D-Mass.) said, “I opposed a waiver for Gen. Mattis, and I will oppose a waiver for Gen. Austin.”

And a Republican on the panel, Sen. Tom Cotton (R-Ark.), said on conservative Hugh Hewitt’s radio talk show that he and other senators had “serious misgivings” about granting a waiver.

Before Mattis’ waiver, only one other had ever been approved—for retired Gen. George C. Marshall, who served one year in the Pentagon post 70 years ago.

Trump initially lauded Mattis as “my general” and a combat-hardened “Mad Dog,” but the two came to clash repeatedly over withdrawing U.S. troops from Iraq, Afghanistan and Syria. Mattis slow-rolled Trump’s demands for swift pullouts and sometimes behaved more as a battlefield commander than a strategic advisor.

“The most important signal the Biden administration needed to send at the Pentagon was that stable, civilian leadership would be the priority,” said Eric Sayers, a former Pentagon official and now visiting fellow at the American Enterprise Institute, a Washington think tank. “This pick does the opposite.”

Biden alluded to the civilian-military strain under Trump, saying Austin understood that the job of a civilian Defense secretary was different than that of a career officer.

“Austin also knows that the secretary of defense has a different set of responsibilities than a general officer and that the civil-military dynamic has been under great stress these past four years,” Biden wrote. “He will work tirelessly to get it back on track.”

But some critics said that retired officers often lack the political and policy skills to be effective leading the Pentagon.

“Military leaders are attractive because they are respected and perceived as nonpartisan, so it can seem easy to violate these norms for short-term gain,” said Jim Golby, a retired Army officer who served in the White House and Pentagon and is now a senior fellow at the University of Texas. “But it is dangerous for democratic accountability.”

In Austin’s case, however, Biden transition officials suggested many lawmakers wouldn’t want to resist a history-making nominee. For example, Sen. Brian Schatz (D-Hawaii) told reporters that while he “didn’t like” what he called “the trend,” it was “difficult to imagine voting for a Mattis waiver and not an Austin waiver.”

Biden did bypass other candidates who never served in the military and also would have been historic picks.

They included Michele Flournoy, the third-ranking civilian Pentagon official during the Obama administration, who would have been the first female Defense secretary, and Jeh Johnson, the former Pentagon general counsel and President Obama’s secretary of Homeland Security, who is Black.

“There was a diverse group of other impressive men and women whose nomination would not require the second congressional waiver in four years,” said Rosa Brooks, a Georgetown University law professor and former Pentagon official who worked with Flournoy.

But the president-elect, said one official familiar with the selection process, views Austin as “a crisis-tested leader, someone who has blazed a lot of trails and is the right leader to depoliticize the department and rebuild it.”

The official also pointed to Austin’s “deep relationship” with Biden’s late son, Beau, who served on the general’s staff in Iraq, attended Mass with him and stayed in touch following their deployments, before Beau Biden died of a brain tumor in 2015.

Biden announced other members of his national security team on Nov. 24, but delayed naming a Pentagon choice — a move that seemed to signal his indecision, as well as his determination to deemphasize the military’s role after two decades during which the Pentagon has often been a dominant voice in administrations of both parties.

Biden and Austin worked closely during the troop drawdown in Iraq in 2010 and 2011, when Austin was in Baghdad as the top commander of U.S. forces there and recommended that Obama keep as many as 24,000 troops in Iraq. The White House, including Biden, opposed the plan.

When the Obama administration failed to reach an agreement with the Iraqi government to keep troops in the country past 2011, Austin oversaw the withdrawal. “General Austin got the job done. He played a crucial role in bringing 150,000 American troops home from the theater of war. Pulling that off took more than just the skill and strategy of a seasoned soldier,” Biden wrote.

Biden also interacted with Austin when the general was in charge at Central Command and U.S. troops went back into Iraq in 2015 after Islamic State took over large parts of the country. He came to admire Austin’s publicity-averse style and willingness to carry out White House decisions loyally, even if he disagreed with them, associates said.

“I’ve spent countless hours with him, in the field and in the White House Situation Room. I’ve sought his advice, seen his command, and admired his calm and his character,” Biden wrote.

In addition to leading Central Command, Austin was vice chief of staff of the Army from 2012 to 2013. A native of Mobile, Ala., who grew up in Georgia, he previously commanded the 18th Airborne Corps, one of the Army’s main combat commands, and the 10th Mountain Division.

“This historic pick sends a sorely needed message to our men and women in uniform — that someone who looks like so many of them is finally leading the Pentagon,” said retired Army Maj. Gen. Paul D. Eaton, — a frequent critic of Trump as well as President George W. Bush — in a statement.

“The pick sends the signal to our senior military leadership that a Biden administration respects them and will listen to them, even when they disagree with the president.”