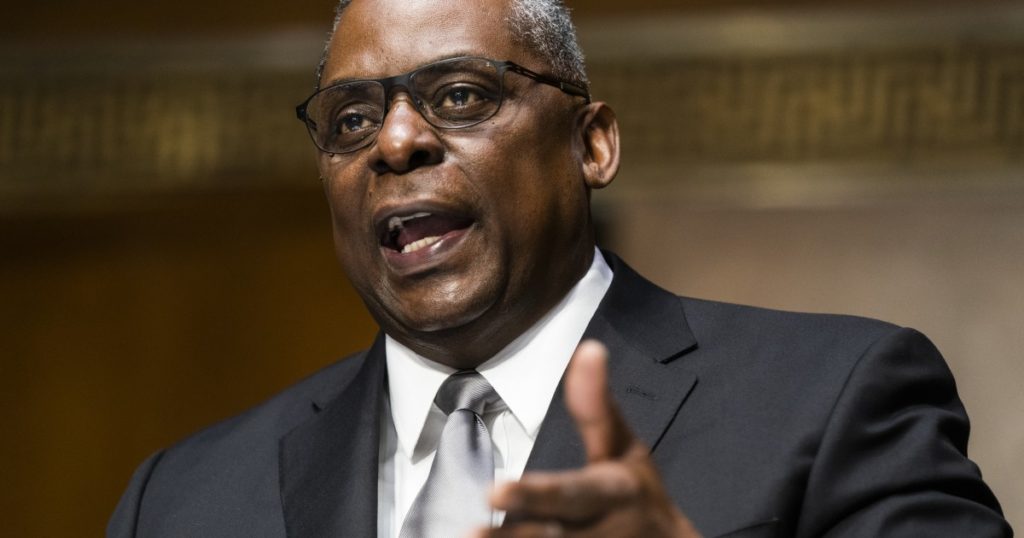 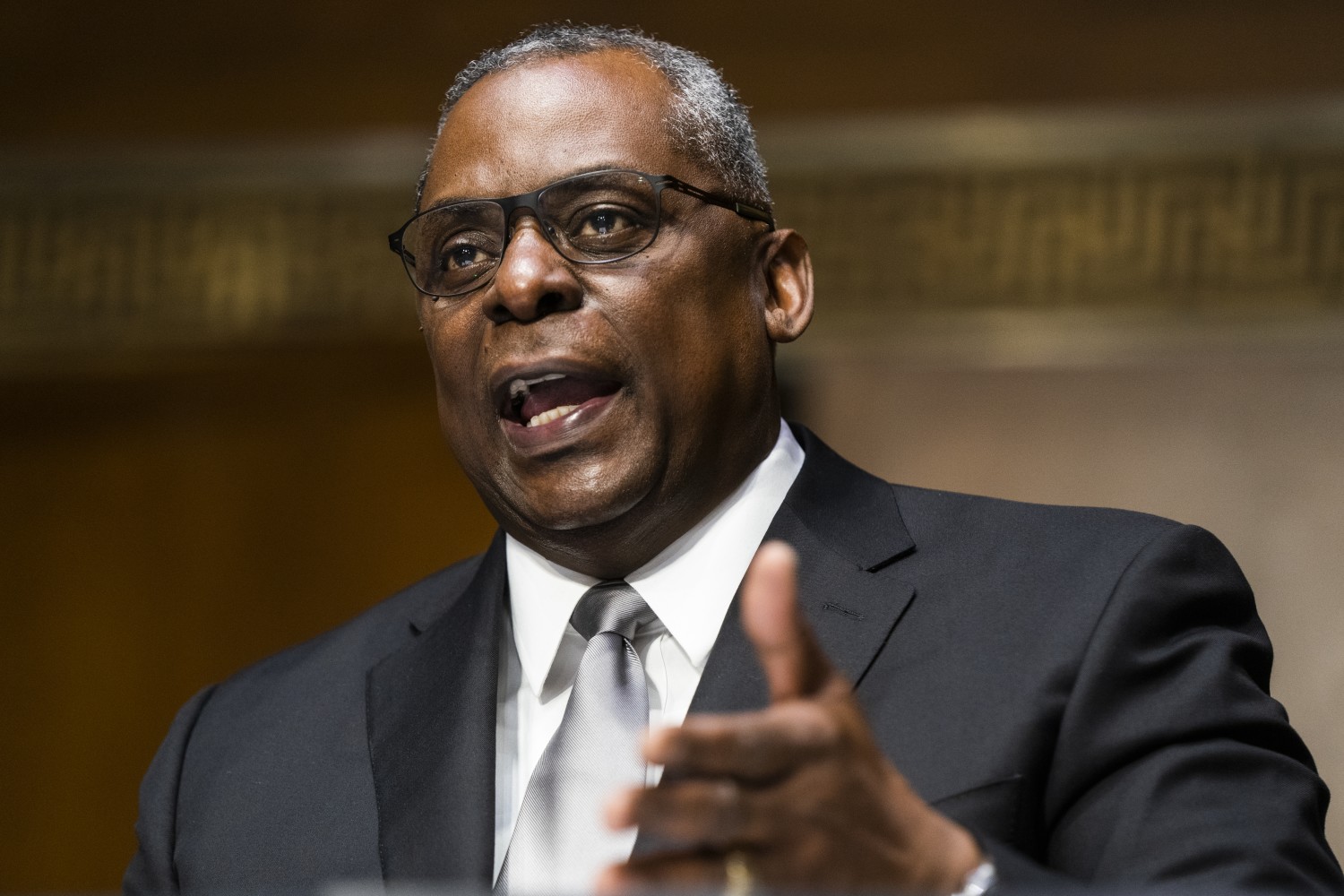 Retired Army Gen. Lloyd J. Austin was speeding toward confirmation as secretary of Defense Thursday, as Congress waived a law prohibiting recently retired officers from holding the post, in anticipation of a Senate vote on his nomination.

Austin appeared likely to be the second of President Biden’s nominees to win Senate approval, despite resistance from some lawmakers who are uneasy about granting another exception to the principle that the Pentagon should be under civilian oversight.

The House voted 326 to 78 to waive the statute barring retired officers from leading the Pentagon unless they have been out of uniform for at least seven years. Roughly an hour later, the Senate voted 69 to 27 to approve the waiver, clearing the way for a vote on the nomination, which will occur Friday.

Austin, who commanded U.S. forces in the Middle East as a four-star general and would be the nation’s first Black Defense secretary, required the exception because he left uniform in 2016.

Lawmakers from both parties said the waiver was justified by the need to get Biden’s national security team in place quickly in order to deal with the COVID-19 pandemic and more traditional security threats. Several said they were reassured that Austin said that he understood his role as a top civilian official required him to be independent of the armed services while advising Biden.

“Given the unique challenges we face, it is imperative to have a confirmed Secretary of Defense in place as soon as possible,” said Sen. Jack Reed (D-R.I.), the top Democrat on the Armed Services Committee.

The urgency of the nomination was highlighted by House Speaker Nancy Pelosi (D-San Francisco), who said the coronavirus, the storming of the Capitol on Jan. 6, and the “undermining of the Pentagon” by former President Trump, who clashed repeatedly with his Pentagon chiefs, necessitated a waiver for Austin.

“My commitment to strong civilian control of our military is fundamental,” she said. “Blocking this nomination would be mistake … in the face of the many threats confronting our nation, both foreign and domestic.”

It was only the third time that the law has been waived, and the second time in four years. Congress also granted a waiver to retired Marine Gen. James N. Mattis, Trump’s first Pentagon chief.

Mattis was initially lauded by Trump, who relished Mattis’ reputation as a blunt-talking warrior. But the two came to clash repeatedly, especially when Trump perceived that Mattis was slow-walking the president’s call to reduce troops the Middle East, where, like Austin, Mattis had been a top commander.

A small but bipartisan group of lawmakers in both the House and Senate opposed waiving the seven-year requirement again, arguing that doing so was meant to be a rare occurrence and that Mattis was portrayed as an exception when he was given one in 2017.

“The law —and the norm of civil-military relations that it’s meant to buttress — is on life support right now,” said Rep. Mike Gallagher (R-Wis.).

Austin met privately with members of the House Armed Services Committee Thursday ahead of the vote in hope of assuaging concerns, a Defense official said. No public hearing on the waiver was held in the House, and the floor debate lasted only an hour.

House Minority Leader Kevin McCarthy (R-Bakersfield) voted for the exception but lashed out at Pelosi and Democrats, many of whom opposed a waiver for Mattis.

“Now that the nominee has been named by someone in their own party, House Democrats have no issue skipping regular order, rushing through a waiver, and depriving the American people of the thorough process the Speaker herself once said they deserved,” he said.

During his Senate confirmation hearing Tuesday, Austin vowed to rely on the department’s civilian appointees for decision-making, and to work with Congress and with the State Department, which is expected to play a larger role in national security debates under Biden than it did under Trump.

Referring to his decades in the Army, including his time commanding troops in Iraq, and serving as overall commander of U.S. forces in the Middle East, Austin said: “In war and in peace I implemented the policies of civilians elected and appointed over me.”

But, he added, “I know that being a member of the president’s cabinet — a political appointee — requires a different perspective and unique duties from a career in uniform.”

Biden had gotten to know Austin during their long careers and turned to him in part because of that existing relationship, associates said. He came to admire Austin’s publicity-averse style and willingness to carry out White House decisions loyally, even if he disagreed with them, associates said.

They worked closely on a U.S. troop drawdown in Iraq in 2010 and 2011, when Austin was a commander in Baghdad and recommended that Obama keep as many as 24,000 troops in Iraq. The White House, including Biden, who was vice president, opposed the plan.

Austin also worked with Biden’s late son, Beau, who served on the general’s staff in Iraq, attended Mass with him and stayed in touch following their deployments, before Beau Biden died of a brain tumor in 2015 — an important bond with Biden.

Austin said that one of his main areas of focus will be U.S. security strategy in East Asia, a region he has spent relatively little time on in uniform.

He will face much debate on whether to continue a number of Trump defense policies. Those matters include moving toward troop withdrawals in Afghanistan, Iraq and Syria; rejoining the Iran nuclear agreement that Trump exited and easing tensions with allies in Europe and Asia, where U.S. defense commitments frayed considerably under Trump.