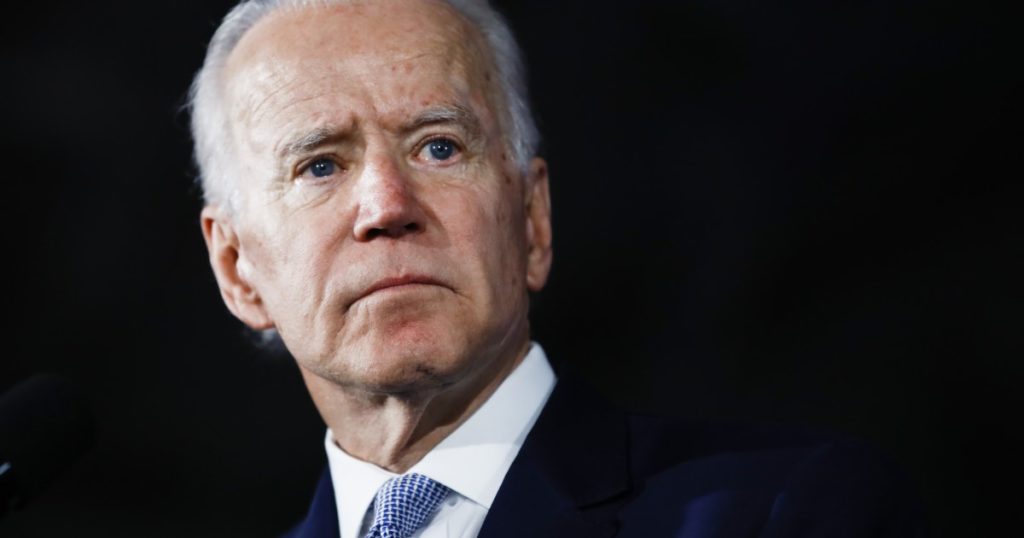 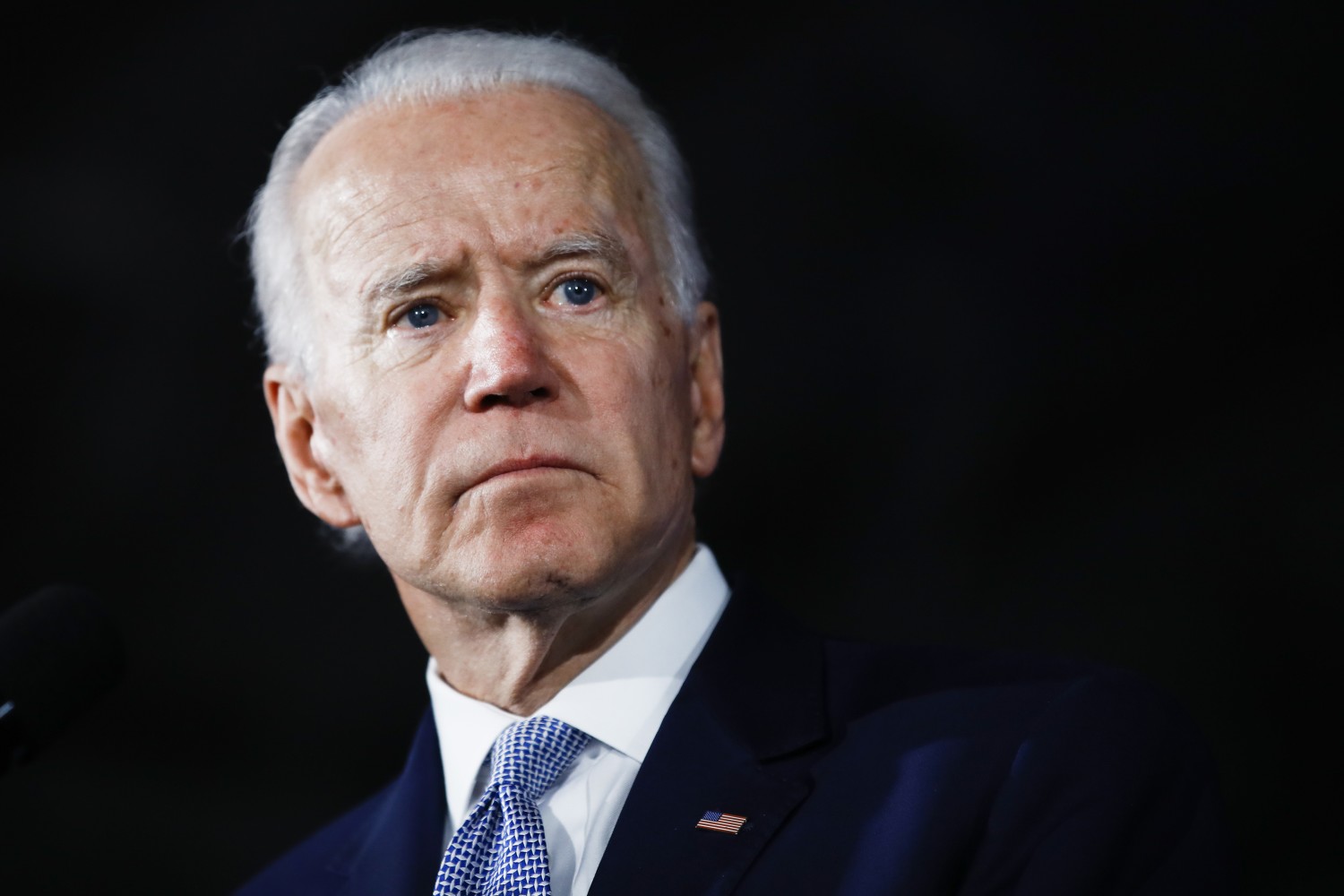 President Biden’s administration pledged early executive action to swiftly undo many of his predecessor’s policies to remake the U.S. immigration system. But in Biden’s first weeks in office, officials have found themselves pleading for patience, saying they are constrained by President Trump’s tangle of executive orders and administrative restrictions on immigration, as well as by public health concerns amid the COVID-19 pandemic.

On Tuesday, Biden will sign a series of executive orders and directives on immigration that primarily mandate the review of, rather than an end to, Trump policies that the new administration has said it would get rid of, according to Biden officials who previewed the actions.

These include “Remain in Mexico,” under which thousands of asylum seekers remain stuck at the border; the “public charge” rule, which essentially requires a wealth test for immigrants; and Title 42, a public health authority invoked amid COVID-19 that border officials are using to quickly expel asylum seekers without due process.

In one concrete step, Tuesday’s directives will establish an intergovernmental task force to reunite separated families, “a moral failure and a national shame,” according to the officials, though they did not commit to bringing separated parents or children who were removed from the U.S. back to the country. Another order would enable endangered Central American minors to apply to join parents lawfully in the United States.

But other directives, whose signing was delayed amid Republican opposition to Biden’s nominee to lead Homeland Security, Alejandro Mayorkas, are limited to developing strategies to address migration to the U.S. southern border and a U.S. asylum system virtually dismantled by Trump.

“The situation at the border will not transform overnight,” said one senior administration official on a press call Monday to preview the orders, who spoke on condition of anonymity, without providing a reason. Four years of Trump policy, the official said, show that “chaos, cruelty and confusion don’t enhance security.”

On Biden’s inauguration day, he announced a sweeping — though not yet released — bill that officials say would offer an eight-year path to citizenship to some 11 million immigrants without legal status in the United States. But Biden is facing stiff opposition from immigration hardliners, as well as pressure from progressives to go beyond rescinding Trump’s policies and restoring those of President Obama and set his own agenda.

The White House pushed back the signing of the immigration orders, which had been announced for last Friday. Last Thursday, the Senate voted to break a Republican filibuster of Mayorkas, who is expected to be confirmed in a largely party-line vote later Tuesday.

Mayorkas, who was born in Cuba and grew up in Los Angeles, will be the first Latino and immigrant to serve in the Cabinet post, and signifies a sharp shift in tone from Trump and his political appointees, who vilified migrants.

The task of translating Biden’s campaign pledges into policy and passable legislation, as well as rebuilding a politicized and hollowed-out Homeland Security department, will fall largely to Mayorkas.

Last week, a Trump-appointed federal judge in Texas temporarily blocked Biden’s announced 100-day moratorium on most deportations, another sign that the new president’s immigration policies will face conservative challenges in court as well as in Congress. In recent days, Immigrations and Customs Enforcement has deported hundreds to Central America and the Caribbean.

Meanwhile, the backlog of immigration cases has ballooned under Trump and coronavirus-related court closures, reaching a record 1.3 million pending cases, with an average wait of almost 2½ years.

Mayorkas, along with leadership at the State Department and department of Health and Human Services, will lead an interagency governmental task force to help reunite families separated by the Trump administration, officials said Monday.

The task force will first seek to identify all children separated from parents or legal guardians at the border due to Trump’s “zero tolerance” policy, then facilitate reunifications, as well as report regularly to the president, the officials said.

According to court filings in January, more than 600 parents separated from children under the Trump administration have yet to be located by advocacy groups, lawyers and the parties to the lawsuit against family separation.

Last week, in a symbolic move, the Biden administration officially rescinded the “zero tolerance” memo that led to family separations, though Trump officials had begun taking away kids more than a year before “zero tolerance” was announced.

A court in 2018 ordered the Trump administration to stop separating families, but not before thousands were torn apart — as many as 5,500 children, according to some estimates, with more than 1,400 of their parents deported without them.

The officials acknowledged that the ultimate tally of separated children remains unknown.

“The first order of the task force will be to try and get a better handle on these numbers, and start reuniting children with their parents,” a senior administration official said Monday.

But it’s unclear what the government task force will do that advocates have not already done; whether the Biden administration will allow the parents to reunite — and remain — with children in the U.S.; or how Biden officials might hold predecessors accountable for the policy.

Officials Monday would not say whether parents or children would be given legal status to remain in the U.S., saying the recommendation would be made on a case-by-case basis, based on “the preferences of the family and well-being of the children.”

Tuesday’s directives mandate a review, but do not end, the Remain in Mexico policy, which Biden had said he would rescind on his first day in office. Officially termed the Migrant Protection Protocols, or MPP, it has forced roughly 70,000 asylum seekers back to Mexico to wait in some of the world’s most dangerous cities for immigration court hearings in the U.S. that have been largely suspended since the Trump administration effectively closed the border last March, citing COVID-19.

Human Rights First has recorded at least 1,134 public reports of murder, torture, rape and kidnapping against asylum seekers returned to Mexico under MPP. Thousands have given up.

On Jan. 20, the Homeland Security Department announced that no new asylum seekers would be subjected to MPP, telling some 30,000 migrants left in limbo at the border by Trump that they should “remain where they are, pending further official information from government officials.”

Tuesday’s directives, as described by the officials, provide little additional clarity as to how the Biden administration will process those already subjected to MPP, along with thousands of others waiting.

Ensuring that MPP and other cases are processed “humanely” while safeguarding public health amid a pandemic is “fairly complicated,” one senior official said.

“I can’t tell you exactly how long it will take to have an alternative to that policy,” the other senior official said. Those under MPP will “certainly be taken into account because of the length of time they’ve waited and the conditions they are waiting in.”

On Monday, the administration effectively dropped appeals by the Trump administration in lawsuits against MPP and the diversion of billions in federal funds for border barrier construction. The acting Homeland Security head asked the Supreme Court to remove both cases, scheduled for oral arguments later this month, from its docket.

The Biden administration has not yet said what it will do with the effective closure of the border by the Trump administration under Title 42, which Tuesday’s directives do not address. The officials Monday cited ongoing litigation over the policy for the lack of action.

Under Title 42, Trump officials rapidly expelled hundreds of thousands of migrants, including asylum seekers and unaccompanied children, without due process. Whistleblowers at the Centers for Disease Control and Prevention said the Trump White House pushed the order for political, not public health, reasons.

On Tuesday, Biden also will take steps to restore Obama-era pathways allowing vulnerable groups in Central American to apply for admission to the U.S. from within the region, officials said.

In one of Trump’s first moves in office in 2017, he ended the Central American Minors Program started by Obama to enable children to join parents who had legal status in the U.S. The sudden axing of the program stranded more than 2,700 children, according to one Biden official.

“Trump was so focused on the wall he did nothing to address the root causes of why people are coming to our southern border,” the official said, calling it a “wasteful, naïve strategy.”

“And it failed — people continue to migrate to the United States even today.”

Tuesday’s directives will also formalize pledges for aid to the Northern Triangle countries of Central America, to help confront the insecurity causing migrants to flee north, as well as build up their own asylum capacity, officials said.

Yet both Trump and Obama, with Biden as his point man on Central American migration, cajoled Guatemala, El Salvador, Honduras and Mexico to essentially outsource U.S. immigration enforcement. In recent years, before the coronavirus, Mexico has deported more Central Americans than the U.S., even as asylum claims in Mexico have risen more than 3,000%, according to the United Nations.

Biden has called for an end to controversial asylum agreements signed by the Trump administration and officials in Guatemala, El Salvador and Honduras under which each country takes noncitizens — including parents and kids — whom the United States has prevented from claiming asylum. U.S. officials at times removed them to countries that were not their own, without telling them where they were going.

But Biden officials Monday indicated that Tuesday’s directives would not address the agreements either, stressing that only Guatemala’s accord took effect and has been largely frozen since March, when the United States emerged as the global epicenter of the coronavirus. Of the roughly 1,000 asylum seekers sent since November 2019 to Guatemala alone, none has yet to receive asylum there (only 34 even tried), according to a report from the Senate Foreign Relations Committee Democratic staff.

That didn’t stop the Trump administration from deporting the coronavirus to Guatemala: At one point last spring, Guatemalan migrants deported from the U.S. made up more than 15% of the country’s total coronavirus cases.

Biden will also begin on Tuesday the process of ending certain “wealth test” policies the Trump administration put into place to keep low-income immigrants out of the country or to deny them citizenship. While several were tied up in litigation, the policies still had a chilling effect, discouraging thousands from accessing benefits in California and other states.

But for now, officials will review, not rescind, the best-known of these Trump policies — the “public charge” rule, which would deny permanent legal status to immigrants who might use, or whose U.S.-citizen children might use, public benefits.

Trump’s crusade against immigration pushed the number of foreign workers and other immigrants arriving in the U.S. down to the lowest level in decades, disproportionately affecting California. It also contributed to lengthy backlogs for naturalization interviews and citizenship ceremonies.

Tuesday’s directives will reverse fee hikes put in place by the Trump administration and restore a process by which applicants with financial need could apply for a fee waiver.

Last year, Trump barred most new green card applicants; ordered a freeze on new H-1B and some other employment-based visas; issued new rules making H1-B visas much tougher to get; and set higher prevailing wages that employers must pay foreign workers — all purportedly to help Americans who Trump hardliners claimed, without evidence, were out of work because of the pandemic while immigrants took jobs in their fields.

Officials on Monday said Tuesday’s directives would not address those rules. Experts say rebuilding the pipeline could take decades.

“There have been four years of presidential orders and proclamations issued by President Trump,” a senior official said. “We are starting with these right now, but that doesn’t mean that’s the end of it.”