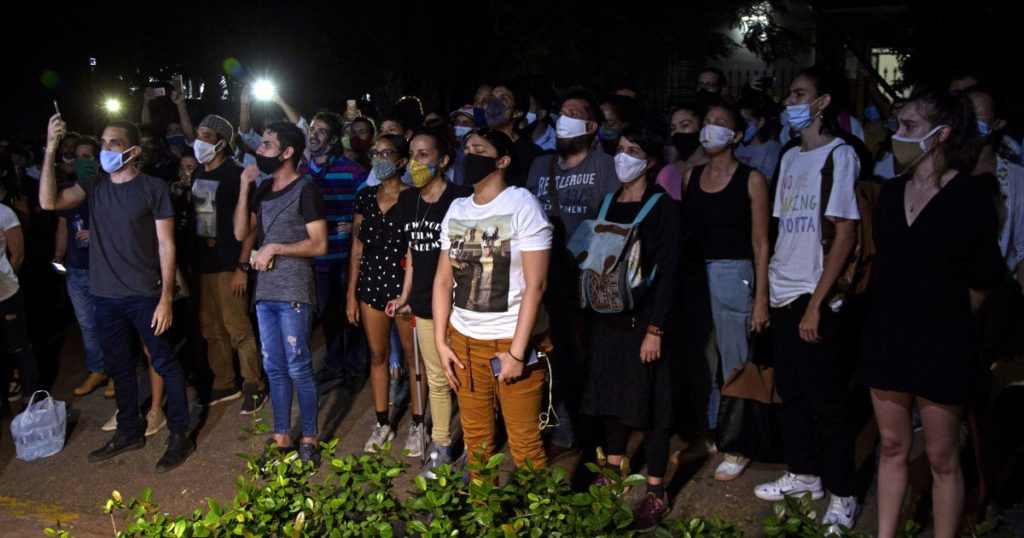 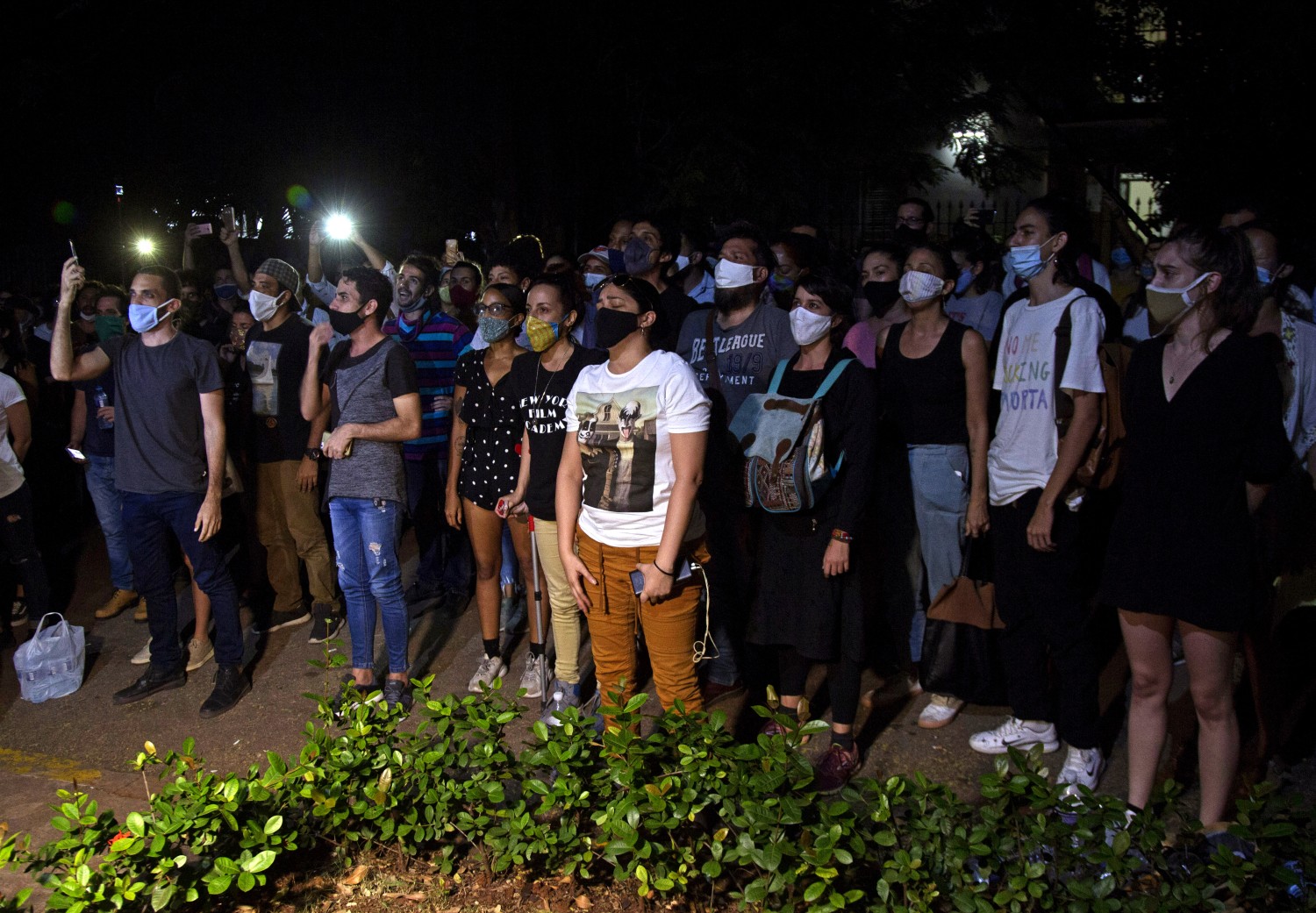 President Obama took historic steps to thaw the hostile, Cold War-era relationship with the island nation of Cuba, 120 miles south of Miami. President Trump did his best to put everything back on ice.

Now the Biden administration says it will lift some of Trump’s restrictions on business and travel between the U.S. and Cuba, and renew diplomatic talks.

But President Biden’s initial actions will disappoint advocates longing for the more robust relationship that was emerging in the Obama years.

Although he promised during the campaign to aggressively reverse Trump’s Cuba policy, Biden’s plans will have to roll out more slowly than some of his advisors had hoped.

He faces stiff resistance in Congress from members opposed to détente with Cuba, including from one of the Senate’s most powerful Democrats. At the same time, Cuba’s behavior has become more controversial with repression of dissidents and support for Venezuela. And Trump left numerous obstacles, such as formally declaring Cuba a state sponsor of terrorism, which takes time and a bundle of red tape to reverse.

“There was never going to be Obama Redux,” said Cuba expert John Kavulich, head of an economic institute that for decades has focused on Cuba.

The Biden government will remove harsh Trump restrictions that most directly harmed civilian Cubans, administration officials said. First of those are the limits on the amount of remittances that Cuban Americans can send to their relatives on the island. The administration will also restore some of the wiring services, including Western Union, that are used to transmit the money and that the previous government blocked. The money is a lifeline for many Cubans.

Biden’s team also intends to allow more travel between the countries, people familiar with the plans said. U.S.-origin flights to various Cuban cities were opened under Obama, along with a large cruise ship itinerary. But those mostly shut down under Trump. Obama’s reasoning was that the exposure of Cubans to more Westerners would plant the seeds of democratization; Trump’s people argued that a lot of the dollars spent by tourists and other visitors ended up in the hands of the Cuban military.

Biden’s first steps will be taken as initial gestures, while more difficult matters are debated.

“Politically he is going to keep it limited for now,” said John Caulfield, former head of the U.S. mission in Havana and specialist in U.S.-Cuba policy. Caulfield said Biden needs to see how much political will there is in Havana.

Cuban President Miguel Diaz-Canel has said he welcomes dialogue with Washington, but without preconditions.

Biden may also rebuild the staff at the U.S. diplomatic mission in Havana, which sank to a skeleton crew under Trump, and resume issuing visas to Cuban nationals.

Since Biden assumed office, his aides have become more circumspect about the plans for Cuba, repeating publicly that the policy is “under review.”

Biden’s “commitment on Cuba is to lift the limitations on remittances and make possible the travel of Americans to the island,” he said in Spanish to Spanish-language news channel Univision.

The previous administration “only penalized Cuban Americans and the Cuban people in the middle of a pandemic” by making it difficult for them to receive money from relatives and “did nothing to try to advance a democratic future in Cuba,” Gonzalez said.

Two other people who have participated in talks about Cuba with members of the administration confirmed the steps. The State Department declined comment.

Obama’s opening with Cuba, announced in 2014, came in his second term, when he no longer had to worry about reelection and after the critical and traditionally Republican Florida vote in the 2012 contest had moved into his camp.

He reestablished the U.S. Embassy in Havana, made the first trip there of an American president in 90 years, and oversaw the revival of numerous bilateral operations, like the interdiction of drug traffickers.

Biden, by contrast, must confront the issue early in his first term, when not only are Florida Republicans including Sen. Marco Rubio arrayed against him, but Democratic Sen. Robert Menendez of New Jersey, a hawk on Cuba, is ascending to the powerful chairmanship of the Senate Foreign Relations Committee.

Nine days before leaving office, Trump’s Secretary of State Michael R. Pompeo embedded extra obstacles that would trip up the Biden administration in its efforts to return to rapprochement with Cuba. Pompeo and Trump put Cuba on the list of state “sponsors of terrorism” with only three other countries: Iran, North Korea and Syria.

Most experts say the designation is purely political. Normally this designation comes after an extensive review by the State Department and then consultation with Congress. That did not happen.

Politically it puts Biden in the tricky position of having to affirmatively recertify that Cuba is not sponsoring terrorism, and Havana’s support for Colombia’s leftist guerrillas and Venezuela dictator Nicolas Maduro will complicate that. Cuba and Venezuela exchange intelligence officers, doctors, oil and possibly weapons.

While there is wide confidence among lawmakers and academics that Biden will fulfill some of his Cuba campaign promises, there is also concern the administration will stumble if it begins to demand Cuba take reciprocal steps, such as freeing dissidents from jail, to “earn” U.S. concessions. It’s a tactic that has never worked.

“There will be a temptation to demand reciprocity and concessions from the Cubans in return,” said Peter Kornbluh, coauthor of “Back Channel to Cuba,” a book recounting Obama’s secret negotiations. “The history of negotiations with Cuba demonstrates that the quid pro quo approach is a non-starter, and a recipe for policy failure.”

“The administration is looking for positive developments on the island to wrap their announcements around,” Feinberg said. Earlier this month, Diaz-Canel, struggling with a moribund economy, vastly expanded the list of small businesses that Cubans may operate, the most important step Havana has taken in allowing a form of private enterprise.

The most ardent Cuba advocates in Congress and elsewhere are reviving a campaign to end the 59-year-old U.S. embargo on Cuba, initiated by President Kennedy to isolate the island’s communist leadership. Obama, along with experts, historians and activists, long declared the embargo a failure — it never unseated revolutionary leader Fidel Castro or his successors — and it remains the sorest point Cubans cite in the troubled relationship with the United States.

It can only be lifted by Congress, where Rubio or like-minded Republicans would work to block such action.

“Our nation’s embargo on Cuba is an artifact from the 1960s,” Sen. Ron Wyden (D-Ore.), who chairs the Senate Finance Committee, said as he introduced a bill this month to repeal the sanctions. “To continue this outdated, harmful policy of isolation would be a failure of American leadership.”