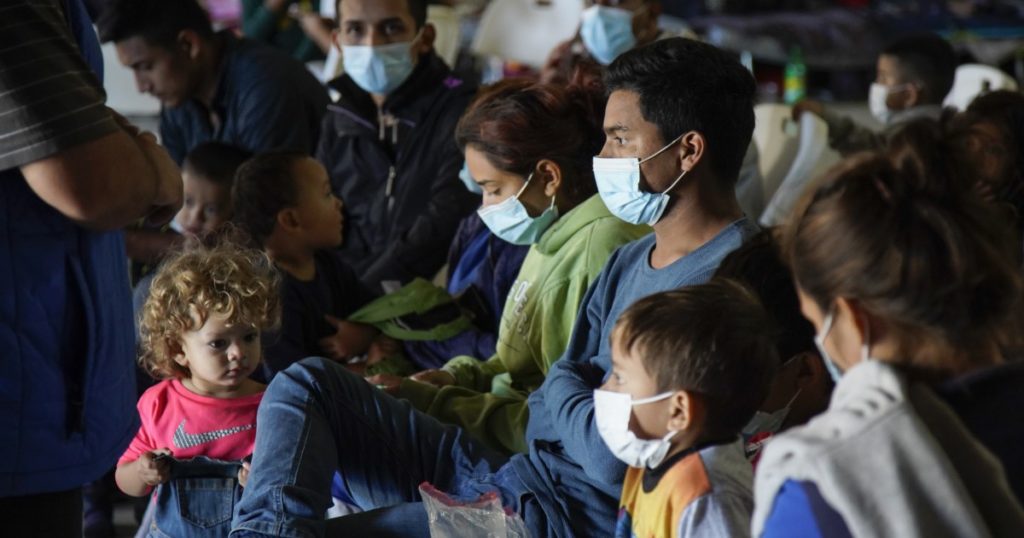 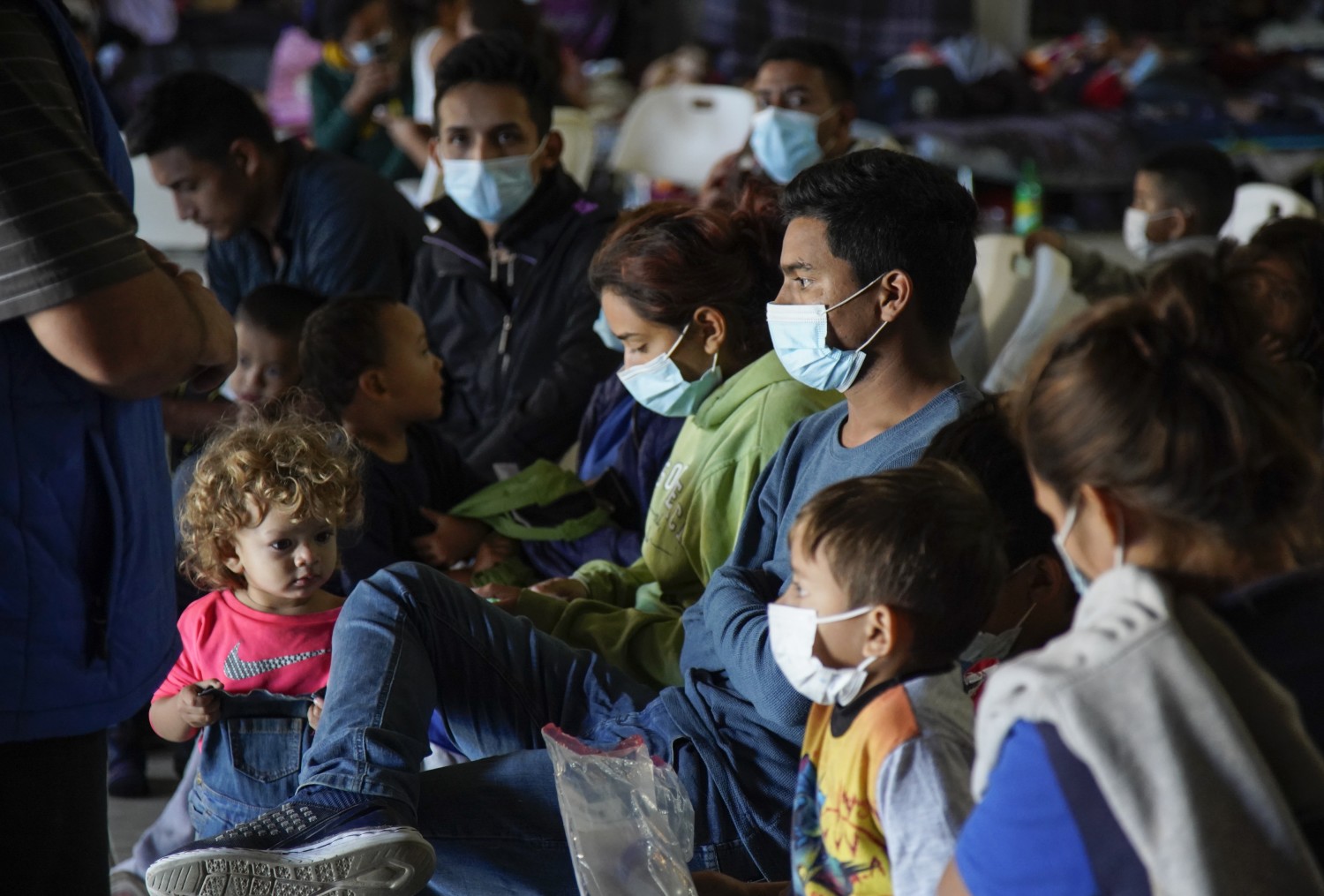 When Maria stepped off the bus in late March, her 3-year-old daughter in her arms, her stomach dropped: The men waiting wore Mexican uniforms. U.S. officials had sent the Honduran mother to Tijuana.

Days earlier, Maria had crossed the U.S. southern border some 1,500 miles away, near Hidalgo, Texas, to seek out the Border Patrol and ask for asylum. The agents told her she was being sent to another state to make her claim, she told the Los Angeles Times.

Instead, they put her on a plane to California and expelled her and her daughter to Mexico under a Trump-era pandemic policy known as Title 42. President Biden chose to continue the policy, which indefinitely closes U.S. borders to “nonessential” travel.

“I was only told that I was going to another state, where I was going to apply for asylum, and they didn’t tell me any more than that,” Maria said. Hiding in a shelter in Tijuana, she asked that only her first name be used. “This is traumatic that they do this to us.”

Biden has criticized his predecessor’s “cruel” immigration policies and vowed to undo them. Yet amid a sharp increase in migration to the southern border in his first months that has topped records, his administration has kept Title 42, one of the most restrictive border policies ever implemented.

Since Biden took office in January, U.S. border officials have carried out roughly 350,000 expulsions, including nearly 50,000 families, according to a Times analysis of the latest government data. Many, like Maria, were removed from the United States via lateral flights hundreds of miles from where they crossed the border, sent in the dark with little warning to some of the most dangerous cities in northern Mexico.

Now, after months of pressure from advocates and a lawsuit brought by the American Civil Liberties Union challenging the use of Title 42 against families, as well as an easing pandemic and indications of a leveling-off in border crossings, Biden officials have quietly agreed to narrow but substantial changes — among them, an end to the lateral expulsion flights and expelling migrants late at night, which exacerbate their vulnerability.

Biden officials have issued new guidance to stop flights from the Rio Grande Valley in Texas that transfer and expel migrants to Mexico from El Paso and San Ysidro, Calif., and for agents to abide by existing binational agreements about where and when border removals can occur, said Lee Gelernt of the ACLU. Typically, the agreements have dictated handoffs directly between U.S. and Mexican counterparts, during daylight hours and at designated ports of entry.

Additionally, the administration has agreed to allow several dozen vulnerable migrants into the United States per day under humanitarian parole who have been identified by the ACLU, advocates and a consortium of nongovernmental organizations. Since March, under the ACLU process alone, about 2,000 family members have been permitted to enter, Gelernt told The Times.

For months, the ACLU has effectively put on hold its lawsuit against Title 42 while it negotiates with Biden officials over plans to ultimately end the policy; on Thursday, they agreed to another short extension. Yet while the Biden administration announced in early February that it would no longer expel unaccompanied minors and would review Title 42, officials have refused to give a timeline or metrics for when the policy will be lifted, said Gelernt, who sued the Trump administration over the policy.

“We have made the decision that we need to save lives while we’re negotiating, even if it potentially gives the government some cover in keeping Title 42,” Gelernt told The Times. “Litigation is never a certain bet, and the government could revoke concessions it has made.”

Neither the lead Justice Department lawyer on the Title 42 lawsuit nor the Homeland Security Department provided comment. But publicly and privately, Biden officials acknowledge that their position is unsustainable.

“The use of Title 42 is not a source of pleasure, but rather frankly, a source of pain,” DHS Secretary Alejandro Mayorkas said recently at UCLA. “There is no intention to use the CDC’s Title 42 authority a day longer than the public health imperative requires.”

Still, Biden officials have resisted barring expulsions altogether at the border’s most dangerous spots, such as Tamaulipas, across from Texas’ Rio Grande Valley, also one of the busiest sectors for crossings. And while top officials have agreed to stop lateral flights, there’s no deal on pausing expulsions via bus transfers, similarly risking spreading COVID-19 in the U.S. and Mexico and continuing to endanger asylum seekers.

Individuals “may be transported via air or ground transportation to other sectors along the Southwest border,” Customs and Border Protection spokesman Justin Long told The Times in a statement, a decision made based on each area’s capacity, “not by external influences.”

Since March, there have been at least 117 expulsion flights from Brownsville, Texas, and Yuma, Ariz., to El Paso and San Diego, removing thousands of asylum-seeking families, said Tom Cartwright of Witness at the Border, who monitors the flights. More than 350 migrants a day are moved by bus and expelled in the stretch of Texas across from Tamaulipas alone, he said, but bus transfers are “virtually impossible” to track.

Biden officials concede that part of their calculation in acceding to narrow changes while keeping the broader Title 42 policy in place is not just to try to keep numbers down at the border now, but also to buy time to find an alternative for when the public health order is lifted — either by choice, or by force.

The administration has been cajoling Mexico to take more expelled single adults and families, but their counterparts are citing limited capacity due to a new Mexican law prohibiting the detention of migrant children. They also face a separate lawsuit in Texas, from a group founded by Trump advisor Stephen Miller, arguing they are violating the policy by not expelling everyone.

Meanwhile, the United States is reopening.

“It’s becoming increasingly difficult for them to justify keeping Title 42, in light of the entire county opening up and the rate people are being vaccinated,” Gelernt said.

Several federal judges have determined that the Title 42 policy is probably unlawful. Yet both Biden officials and the policy’s critics are keenly aware of the political climate — and current conservative leaning of the Supreme Court, said Sue Kenney-Pfalzer, Border and Asylum Network director at HIAS, a refugee nonprofit.

When Title 42 is lifted, “There will be a lot of people wanting to cross,” she added. “They are afraid of the ‘bad publicity’ from Republicans saying ‘Biden opened the border.’”

Sen. Josh Hawley (R-Mo.) pressed Mayorkas on stopping lateral flights during testimony Thursday on Capitol Hill, suggesting it was “due to the pressure of left-wing groups,” referring to the ACLU.

“We make our decisions as we consider to be most effective in furtherance of our mission, and not due to pressure by outside groups,” Mayorkas said.

Meanwhile, advocates who have called on the Biden administration to end Title 42 are also working with officials to identify and process vulnerable migrants who have been subjected to it, potentially prolonging the policy.

Raymundo Tamayo, Mexico director of the International Rescue Committee, one of the main organizations behind the effort, said they’ve told the administration that the work will be “time-bound” — three months — and not an “alternative mechanism” that enables them to keep Title 42.

“This is traumatic that they do this to us.”

The closed-door negotiations and Biden officials’ reticence to be seen as conciliatory, such as by stopping lateral flights, is adding confusion for thousands in limbo at the border, said Margaret Cargioli, managing attorney at the Immigrant Defenders Law Center.

“There hasn’t been an announcement of any policy change,” she said. “Does that mean the flights won’t resume?”

As for Maria, she and her daughter remain in hiding in Tijuana — and not for the first time. In 2019, U.S. officials sent them from Texas to California and forced them into Tijuana under Trump’s “Remain in Mexico” policy, but they missed a court hearing because they were kidnapped, an account backed by legal documents obtained by The Times.

After they were sent from Texas to Tijuana for the second time in March, under Title 42, Robyn Barnard, a lawyer with Human Rights First, requested that Customs and Border Protection grant them humanitarian parole to pursue asylum in the United States.

The federal agency has yet to respond.