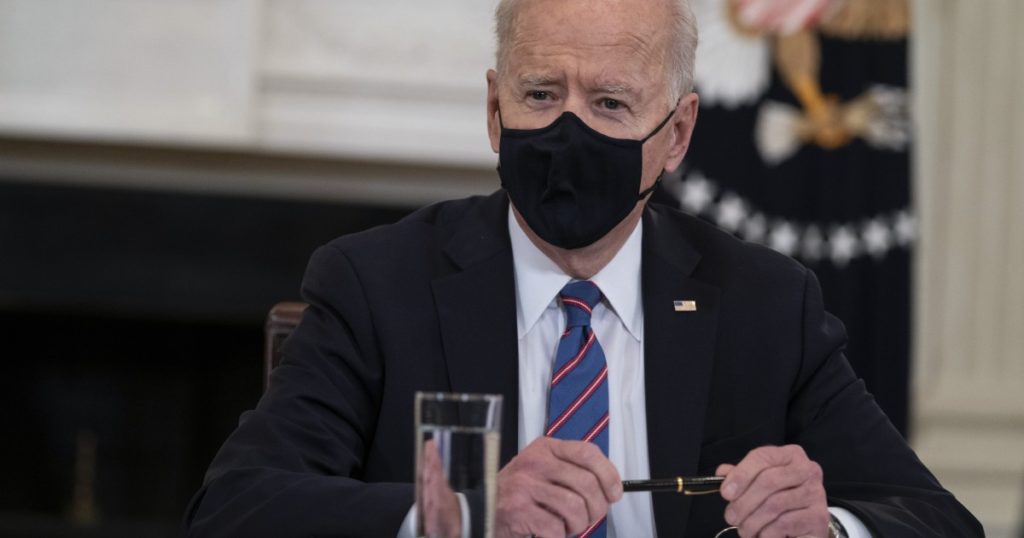 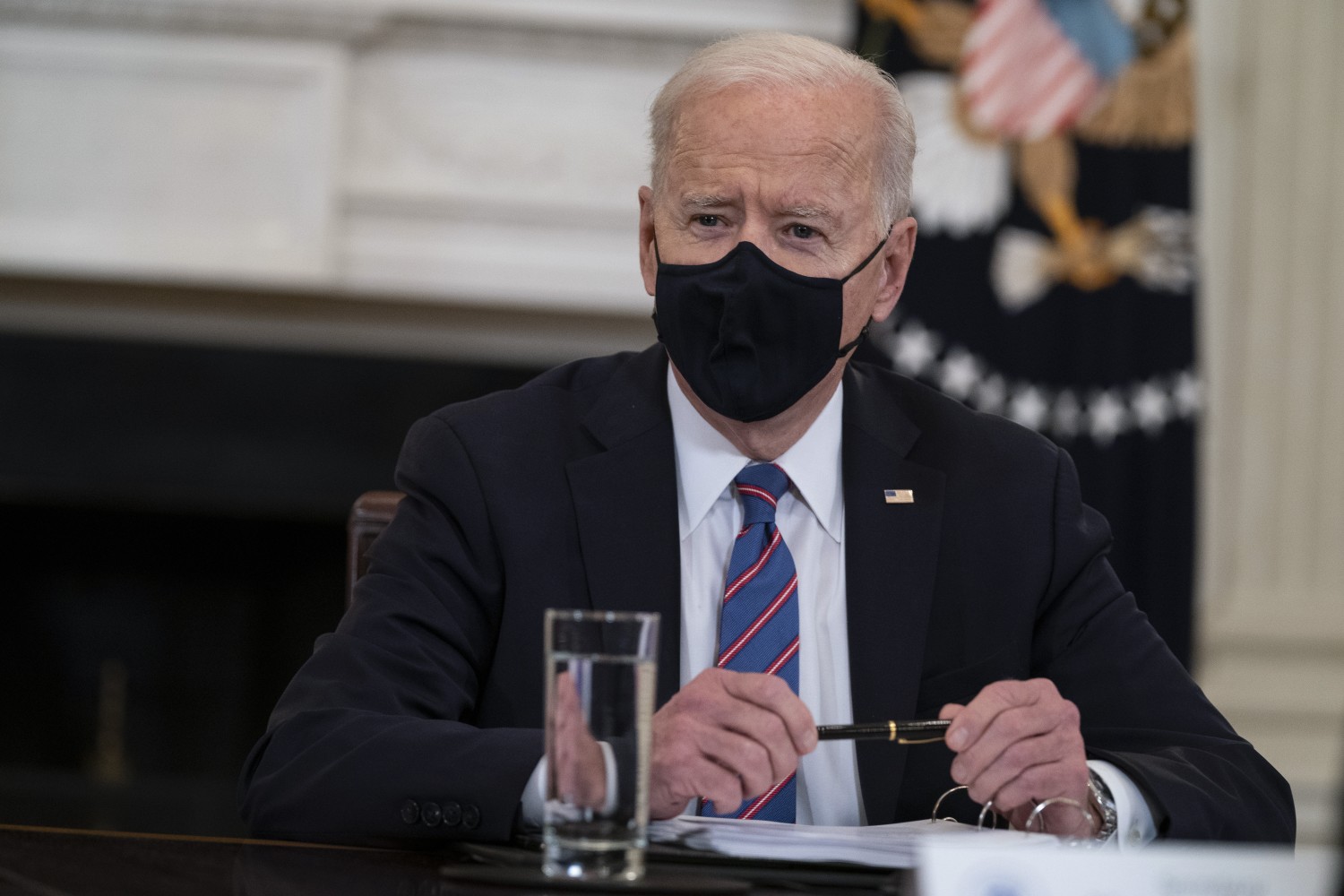 As a third-time candidate and now president, Joe Biden has seemed determined to undo his decades-long reputation as one of the most undisciplined motormouths in American politics.

He occasionally takes a handful of questions from reporters but mostly delivers scripted remarks from behind lecterns, leaving little to chance.

Now, however, he’s scheduled his first news conference as president for Thursday afternoon — a wide-ranging, often unpredictable format that will test his new restraint and intellectual agility.

Media have been clamoring for the opportunity to interrogate Biden at length. He’ll likely face questions about the growing number of migrants at the southern border and the mass shootings in Boulder, Colo., and Atlanta, even as he seeks to focus on his efforts against the COVID-19 pandemic, perhaps by announcing a new vaccination target after meeting his initial goal ahead of schedule.

Asked how Biden was preparing, White House Press Secretary Jen Psaki joked to reporters that he was “looking at your Twitters and seeing what’s on your mind.”

Those tuning into the news conference can expect more preparation than that, since Biden rarely speaks off the cuff anymore. It’s a return to normal in Washington, where presidents’ public appearances tended to be carefully stage-managed until his immediate predecessor, Donald Trump, broke that pattern and many others.

Experts on political rhetoric said Biden has played to his strengths so far, projecting folksiness in otherwise formal settings while limiting the opportunity to add to his list of infamous gaffes.

“He seems to me more relaxed now than I ever remember him in his career,” said Barbara Perry, director of presidential studies at the University of Virginia’s Miller Center. “He’s both genuine and authentic, but he’s taken on the mantle of the presidency and the dignity of the presidency.”

Trump, as president, would prowl the row of cameras when leaving the White House, fielding questions over the whirring of Marine One’s helicopter blades. He relished the undivided attention and verbal combat during press briefings and public events. While he struggled when reading from prepared remarks, sometimes appearing listless, he drew energy from a crowd and spoke in the hyperbolic language of a salesman.

Washington has a much different soundtrack with Biden in the Oval Office. For starters, he keeps his comments short and tailored to the topic at hand, whether it’s the coronavirus or relief spending.

“This isn’t the Biden we saw when he was a senator,” said Kathleen Hall Jamieson, a communications professor at the University of Pennsylvania. “You would not have forecasted this rhetorical style. But given his predecessor, this makes good sense.”

Although the brevity is new, his trademark phrases and style are not.

“God love ya,” he says when talking to teachers or firefighters. He speaks often and empathetically of death, a topic that Trump avoided but Biden is all too familiar with, having lost his first wife and baby daughter in a car crash in 1972 and his older son to cancer in 2015.

Biden frequently starts sentences with “My mother would say,” and he likes to talk about his family. During a recent meeting with the Irish prime minister, Biden described a trip to his ancestral homeland as if he were about to break out a slideshow.

“We went to Mayo, where the Blewitts are from, and Balina, the city, and we went to County Louth, where the Finnegans are from,” he said.

It’s not the soaring oratory of Biden’s political heroes, like President John F. Kennedy and his brother Robert, but more down to earth.

“The one thing he has retained from the old style is the ‘working class Joe’ aspect of his persona,” said Robert Rowland, a communications professor who specializes in political rhetoric at the University of Kansas.

A glimpse of what Biden can be like when unfiltered came during a CNN town hall on Feb. 16, the only such event he’s done since taking office.

He showed his familiar empathy during his interactions with voters, including a woman who said her children were worried about dying from COVID-19. Biden addressed his answer to the woman’s 8-year-old daughter, who was standing at her side.

Biden also seemed to know when he risked stepping on a political landmine. Three times during the town hall, he prefaced a statement with some version of, “I’m going to say something that’s going to get me in trouble.”

He was undiplomatically folksy, at one point making a joke about the name of a former Chinese leader — President Hu, which sounds like President Who. It was an echo of the Abbott and Costello comedy skit, “Who’s on first?” initially performed in 1938, four years before Biden was born.

He has brushed off concerns about his speaking style. In his book “Promise Me, Dad,” Biden recalled a meeting with advisors when he was wondering whether to run for president in 2016.

“The voting public was tired of careful and carefully packaged candidates,” Biden said. “My reputation as a ‘gaffe machine’ was no longer looking like a weakness. The public could see that I spoke from the heart and I meant what I said.”

Before that, his penchant for talking too much and saying the wrong thing had turned into a debate question for him during the 2008 Democratic presidential-nomination contest.

“Words have in the past gotten you in trouble,” said NBC broadcaster Brian Williams, the moderator. “Can you reassure voters in this country that you would have the discipline you need on the world stage?”

Biden answered with a smile and a single word: “Yes.”