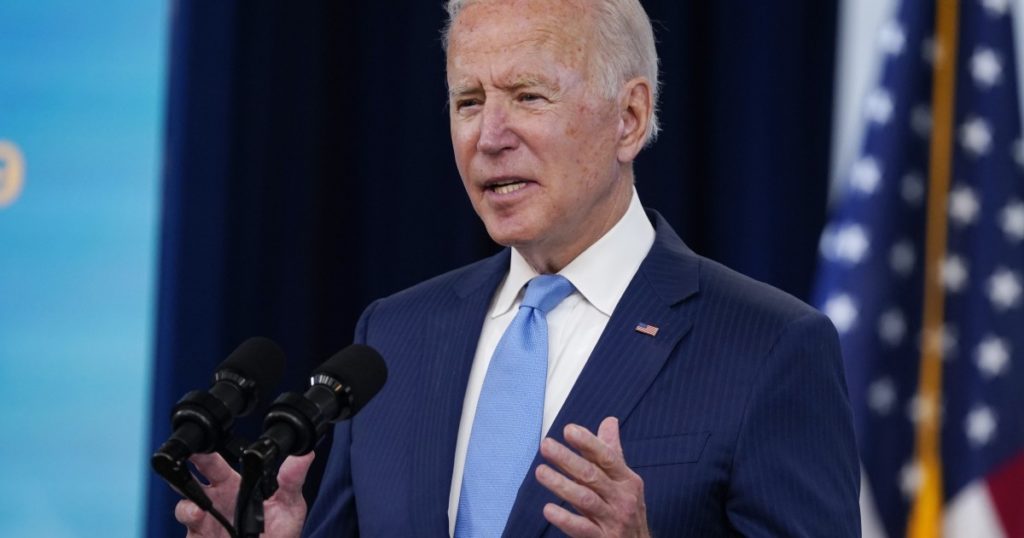 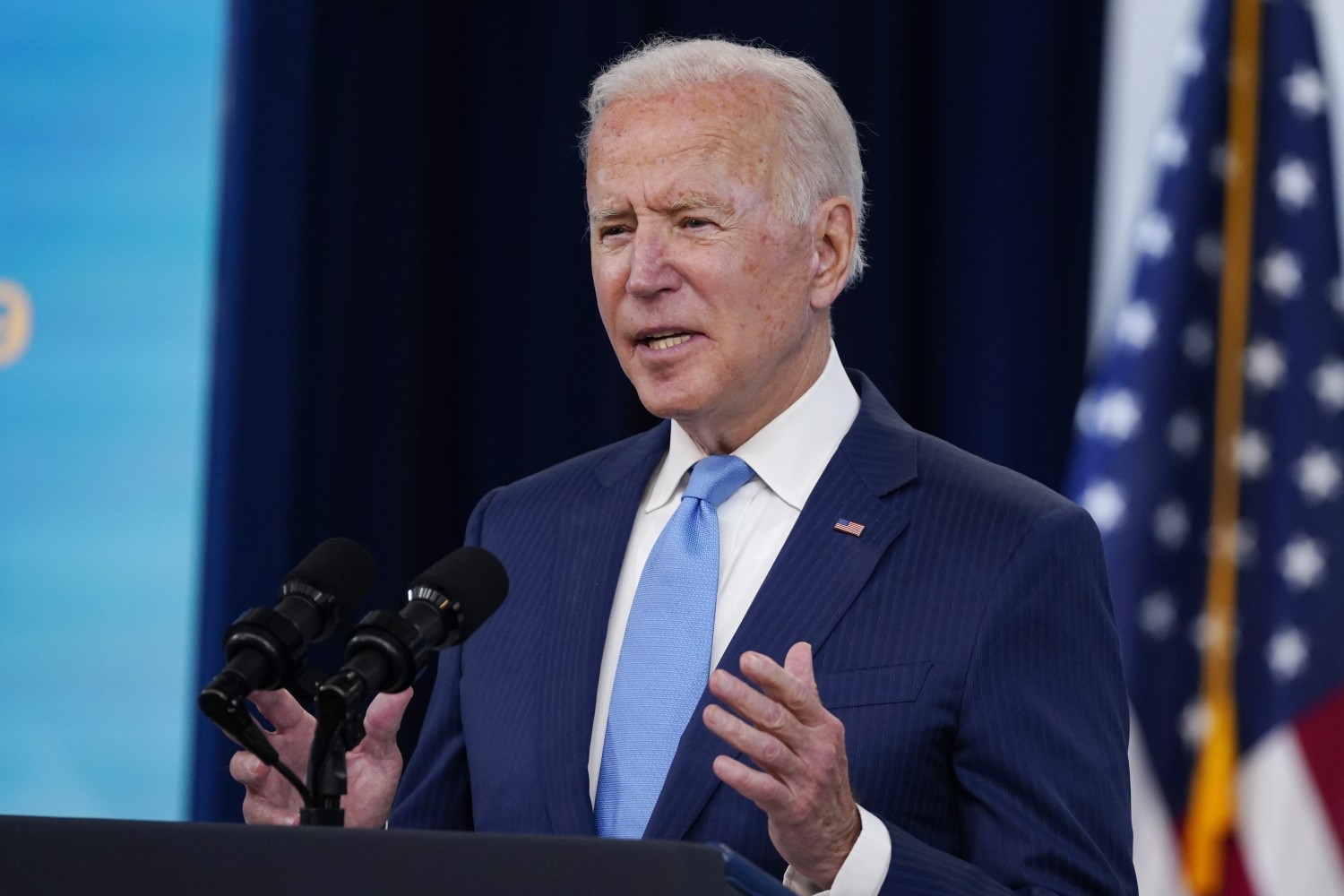 The battle against COVID-19 passed a regulatory milestone Monday when the Food and Drug Administration granted full approval to Pfizer’s vaccine, a decision that could boost President Biden’s effort to control the pandemic.

Public health experts hope that full approval convinces more Americans to get their shots, strengthening protection against the coronavirus at a time when hospitals are swelling with unvaccinated patients who have contracted the more contagious Delta variant. In a Kaiser Family Foundation poll last month, 31% of unvaccinated Americans said the FDA’s full approval of a vaccine would make them more likely to get it.

Calling the FDA’s announcement “an important moment in our fight against the pandemic,” Biden directed his message from the White House to the vaccine-hesitant. “The moment you’ve been waiting for is here,” Biden said. “It’s time for you to go and get your vaccination and get it today,” adding, “there is no time to waste.”

“As I’ve said before, this is a pandemic of the unvaccinated,” Biden continued. “It’s a tragedy that’s preventable. People are dying and will die that don’t have to. So please, please, if you haven’t gotten your vaccination, do it now.”

Any progress in the inoculation campaign would save lives and also limit the political fallout that Biden has experienced as the country faces another wave of hospitalizations and deaths. Biden’s approval rating on the coronavirus has dropped from 69% in April to 53% this month, according to an NBC News poll released Sunday.

Despite the spiraling controversy over the U.S. withdrawal from Afghanistan, Americans still view the coronavirus as the most important issue facing the country. They’re also more pessimistic — 42% said the worst is yet to come, up from 19% in April.

Biden’s political challenge is not limited to Republican-run areas with lower vaccination rates and higher caseloads. There’s also frustration as vaccinated people are being required to wear masks again in some indoor situations, a return to pandemic fears and restrictions that many hoped they had put behind them after doing their part by getting inoculated.

“The COVID surge is like a big wet blanket being thrown over the country when people were ready to break out,” said Cornell Belcher, a Democratic pollster.

The country is averaging 738 deaths per day, with more than 1,000 on some days, a dramatic increase from an average of 189 daily deaths at the beginning of July. Although Americans may be frustrated with the country’s backsliding, they broadly support Biden’s prescribed public health measures, with 72% backing mask mandates and 61% supporting vaccine requirements, according to a weekend USA Today poll.

Biden, looking to put the current spike in a more favorable context, also noted the death rate is still 70% lower than it was a year ago, which he attributed to his administration’s efforts. More than 170 million people in the U.S. are fully vaccinated, according to the Centers for Disease Control and Prevention.

The polling dip could be temporary if more Americans get vaccinated and the recent spike in cases and hospitalizations ebbs over the next few months, well before the 2022 midterm elections.

“There is a headwind already against Democrats in a midterm anyway,” Belcher said. “If COVID is still raging, that headwind is a hurricane — even if it’s not Biden’s fault. In the end, he is still the president, and when you have thousands of people dying and getting sick from this, the buck is going to stop with Biden.”

Earlier this summer, when the Delta variant initially began driving up caseloads, particularly in Republican-led Southern states, a number of prominent GOP officeholders began making more full-throated calls for people to get vaccinated. The messaging shift reflected a growing awareness of the worsening public health crisis and its potential effect on red states, as well as a political calculation that continuing former President Trump’s politicization of public health measures could become a political liability, though many GOP state leaders are still refusing mask mandates.

One Democratic senator, who requested anonymity to discuss sensitive political strategies, said in an interview that Republicans may be “trapped” by their COVID-19 response.

And after more than a year of highly politicized messages about the pandemic, the GOP base may not be willing to shift its deeply held opposition to vaccines just because some prominent Republicans are now asking them to do so. During Trump’s rally in Alabama over the weekend, the former president appeared to receive boos from his supporters after he urged them to get vaccinated.

But there are signs that vaccine requirements or fears of the Delta variant are spurring more Americans to get their shots. At the end of last week, the number of doses administered surpassed 1 million on three days in a row. Since mid-July, the number of Americans getting their first dose of vaccine has increased by 70%, a White House official said. And Southern states with the highest caseloads have seen their vaccination numbers rise the fastest, the official said.

If that trend can be sustained, it could go a long way toward easing the anxieties of the college-educated suburban women and minority voters who enabled Biden’s victory over Trump in 2020 and could determine Democrats’ fate at the polls next year.

Pfizer’s vaccine — as well as other COVID-19 vaccines developed by Moderna and Johnson & Johnson — have been widely available for months under what’s known as an emergency use authorization, an accelerated vetting process that also requires clinical trials. More than 200 million doses of the Pfizer vaccine have been administered, and side effects are rare and usually mild.

The formal approval comes after regulators studied more extensive data involving the Pfizer vaccine’s safety and efficacy, providing another level of assurance and allowing the vaccine to remain available after the public health emergency prompted by the coronavirus comes to an end. Pfizer’s product was 91% effective at preventing COVID-19, according to the FDA’s announcement.

Moderna began the application process for full regulatory approval for its vaccine a month after Pfizer; Johnson & Johnson has not started yet.

“While millions of people have already safely received COVID-19 vaccines, we recognize that for some, the FDA approval of a vaccine may now instill additional confidence to get vaccinated,” Janet Woodcock, the agency’s acting director, said in a statement. “Today’s milestone puts us one step closer to altering the course of this pandemic in the U.S.”

Administration officials believe this could lead to vaccine requirements.

“There are universities and businesses that have been considering putting in vaccine requirements in order to create a safer workplace or learning environment,” Surgeon General Vivek Murthy told “Fox News Sunday” on the day before the FDA’s announcement.

Amesh Adalja, a senior scholar at the Johns Hopkins Center for Health Security, said he hopes full approval will undercut some of the vaccine misinformation that has been circulating.

“Taking away one of the talking points from the anti-vaccine movement is really important,” he said. “The less lies that they can share the better.”