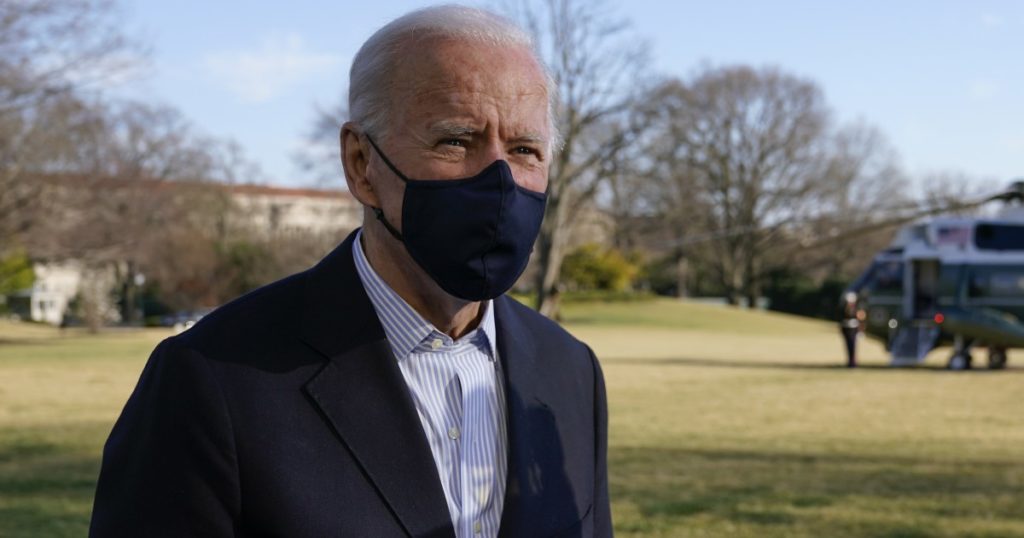 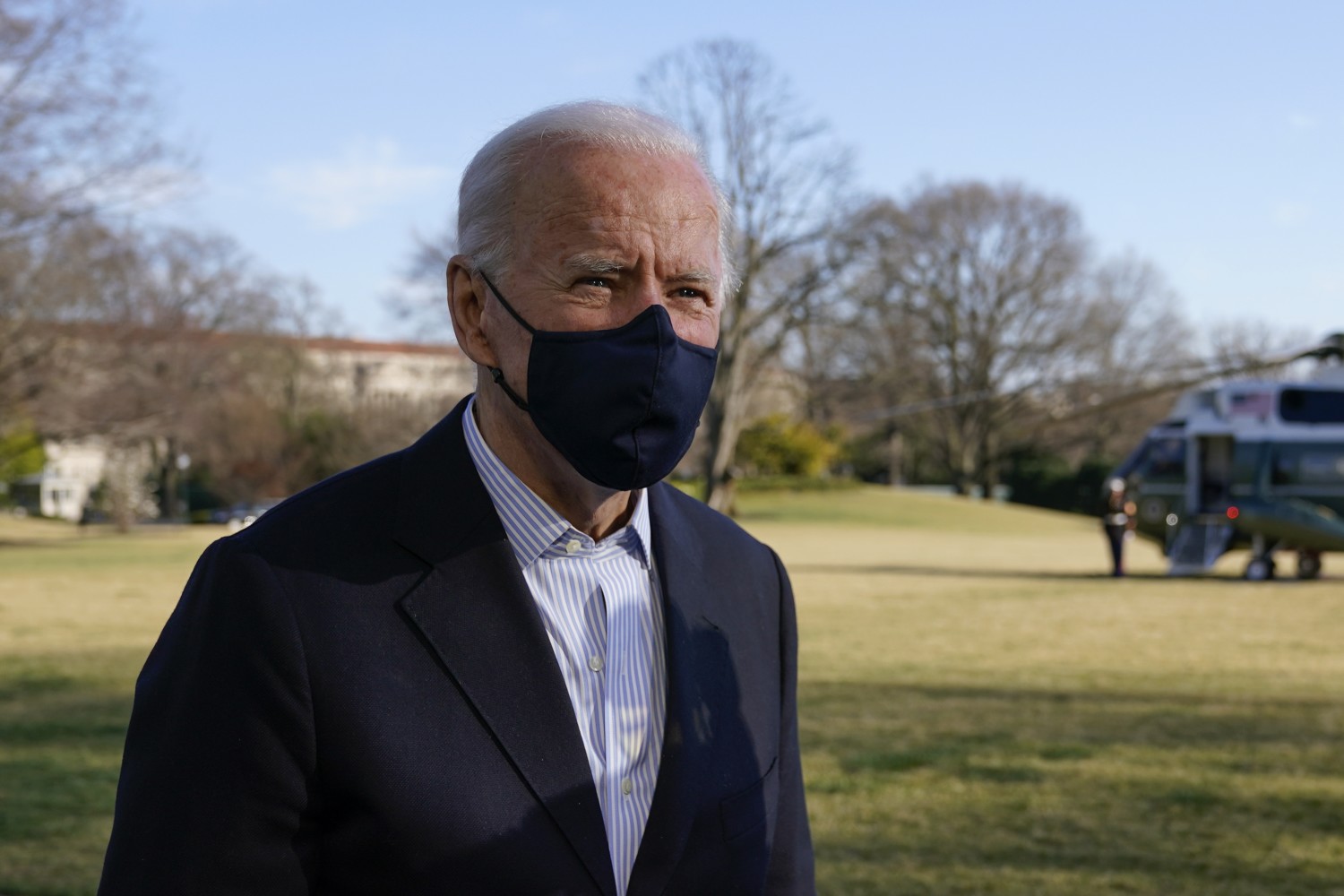 For the second time in a week, President Biden’s campaign to broaden public awareness and support for his pandemic relief benefits has been overshadowed by a mass shooting, thrusting the fraught issue of gun control to the fore.

On Tuesday, he was set to travel to Ohio, where he planned to highlight how the new law will reduce healthcare costs, but first he had to plan how to address Monday’s mass shooting in Boulder, Colo., that left 10 people dead, with a statement as he left the White House.

Biden, delivering hastily scheduled remarks from the State Dining Room before departing for Ohio, vowed “to use all the resources at my disposal to keep the American people safe,” refusing to speculate on the still hazy motives of the Colorado shooter but calling on Congress to expand background checks and ban assault weapons.

“While we’re still waiting for more information regarding the shooter, his motive, the weapons he used, the guns, the magazines, the weapons, the modifications … I don’t need to wait another minute, let alone an hour, to take common sense steps that will save lives in the future and to urge my colleagues in the House and Senate to act,” Biden said, calling on the Senate to pass two House-approved bills closing background check loopholes for gun buyers.

“This is not and should not be a partisan issue,” he continued. “This is an American issue. It will save lives.”

Last week, Biden postponed a scheduled event to tout the so-called American Rescue Plan with Vice President Kamala Harris in Atlanta after eight people, including six Asian American women, were gunned down at three spas in the area. In its place, Biden met with community leaders to decry the rising violence and racism against Asian Americans amid a pandemic that originated in China.

The back-to-back changes of plans underscored just how captive presidents are to the events and bad news that interrupt their well-laid plans. In his first two months in office, Biden mostly adhered closely to his administration’s script around the successful passage of a $1.9-trillion coronavirus relief package and a rapidly accelerating vaccination program — but no more. In addition, a building immigration crisis on the southern border is preoccupying the White House.

Harris briefly addressed the shooting during a swearing-in ceremony Tuesday morning for new CIA Director William Burns. “It’s absolutely baffling — it’s 10 people going about their day, living their lives, not bothering anybody,” she said. “A police officer who is performing his duties, and with great courage and heroism.”

Former President Obama and Michelle Obama issued a statement: “A once-in-a-century pandemic cannot be the only thing that slows mass shootings in this country. We shouldn’t have to choose between one type of tragedy and another. It’s time for leaders everywhere to listen to the American people when they say enough is enough.”

At the White House, Biden ordered the flags lowered to half staff. They had only just been raised to full staff on Monday, after the president issued a similar order last week following the shooting in Georgia.

Meanwhile, Republicans, who failed to mount a cohesive case against Biden’s pandemic relief package, have seized on the administration’s struggles to control the surge of Central American migrants to the U.S.-Mexico border, fanning the flames of a divisive issue with the potential to disrupt the president’s early momentum.

Biden has criticized President Trump’s immigration policies as inhumane, has has nonetheless maintained his predecessor’s restrictive policy that enables border officials to expel and turn away asylum seekers. The administration has refused to call the situation a crisis, even as Homeland Security Secretary Alejandro Mayorkas has indicated that border crossings could spike to a 20-year high this year, driven in part by the perception that Biden’s administration will be more lenient than Trump’s was.

Mounting pressure to address immigration and gun control could divert Washington’s and the public’s focus from Biden’s next major legislative push, a potentially $3-trillion package for infrastructure projects and education initiatives intended as a second phase of economic development measures.

The Senate Judiciary Committee met Tuesday to discuss recent violence and proposals to tighten background checks for gun purchases online or at gun shows. The hearing was scheduled after a gunman killed eight people at the Atlanta-area spas last week, but the massacre at the Boulder grocery store heightened the issue’s relevance.

House Majority Leader Steny Hoyer (D-Md.) called it “a stark reminder that, even as we begin to beat back the COVID-19 pandemic, we still confront an epidemic of gun violence in this country.”

Sen. Richard Blumenthal (D-Conn.), who led the Senate hearing, asserted that Congress’ lack of action on gun safety measures has made it complicit in the violence.