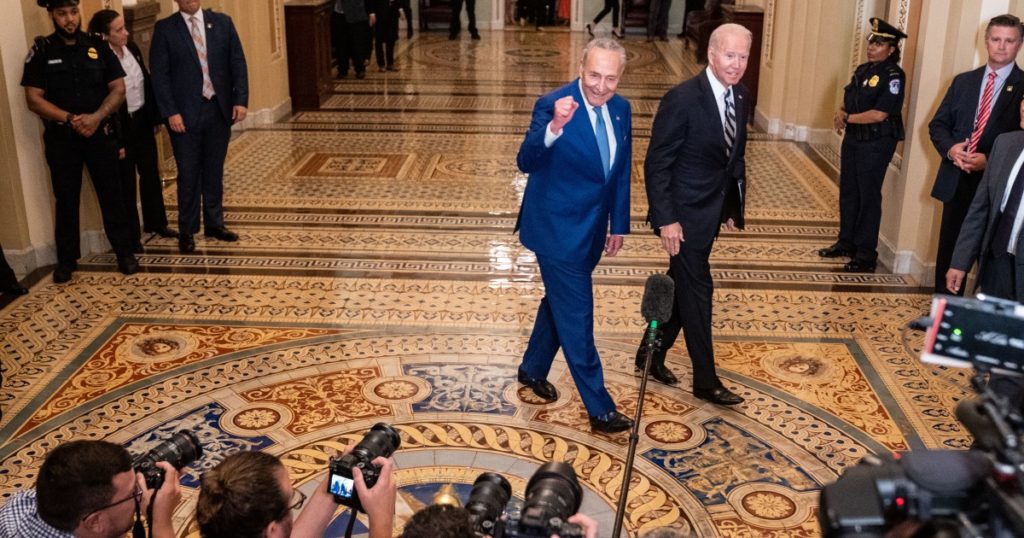 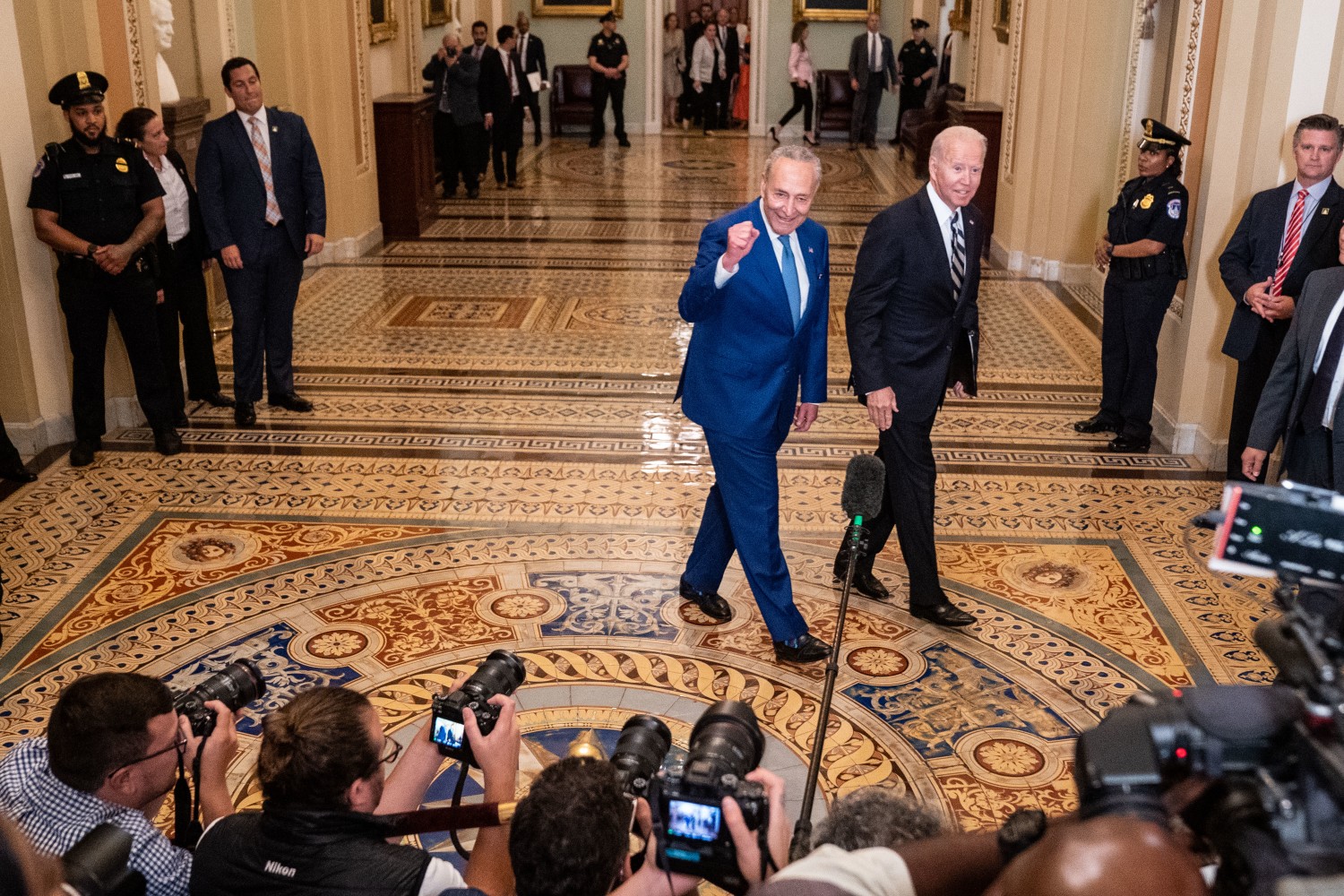 President Biden on Wednesday urged Senate Democrats to stick together on his massive infrastructure proposal to both rebuild the nation’s roads and enact a broad array of social programs, such as new Medicare benefits, childcare assistance and immigration reform.

Biden visited Capitol Hill a day after a group of Democrats said their social program bill, which Democrats plan to enact on a strict party-line vote, would total $3.5 trillion.

“We’re going to get this done,” Biden said as he arrived for the Senate Democrats’ lunch in the Capitol.

Added to the approximately $600 billion earmarked for “hard infrastructure” that Biden hopes to enact on a bipartisan basis, the whole package would amount to $4.1 trillion in new spending.

Democrats are on fragile footing as they try to push the bills ahead in the coming weeks. Biden’s challenge will be preserving support from progressives, who originally wanted $6 trillion in new spending, and centrists, who wanted a smaller price tag and an assurance that it is entirely paid for.

Biden needs the support of at least 10 Senate Republicans on the bipartisan infrastructure plan in order to pass it.

The $3.5-trillion proposal only exists as a framework, with details to be negotiated in the weeks to come. Democrats plan to include a massive expansion of Medicare to cover dental, vision and hearing, a longtime priority of Senate Budget Committee Chairman Bernie Sanders (I-Vt.).

Sanders appears to have lost out on another priority: lowering the Medicare eligibility age to 60 or lower. The plan would address climate change, but the policy specifics have not been revealed. It would also create a paid family leave plan.

Sanders said the proposal would include prescription drug reform and immigration reform, but he refused to get into specifics.

Sanders had previously said he planned to include a pathway to citizenship for certain immigrants, but the qualifications could be subject to change as the deal moves ahead.

As Biden headed to Capitol Hill, White House Press Secretary Jen Psaki said he planned to thank lawmakers for their work and reiterate his eagerness to work together to enact the two companion proposals on infrastructure and other safety net enhancements.

So far, no Democrats have publicly opposed the proposals, a positive sign for backers. Sanders, who helped write the proposal, admitted he would have liked a much larger number.

“But there are 50 members of the Democratic caucus,” Sanders said. “But let’s be clear, let’s really be clear. What we are talking about is the most consequential piece of legislation passed since the 1930s.”

His support will likely ensure other progressives remain on board.

Centrist Sens. Joe Manchin (D-W.V.) and Kyrsten Sinema (D-Ariz.) are still in the fold, too, but say they want to see the details before committing.

“I will reserve any final judgement until I’ve had the opportunity to thoroughly evaluate the proposal,” Manchin said in a statement. “I’m also very interested in how this proposal is paid for and how it enables us to remain globally competitive.”

Manchin told reporters that he won’t have a message for Biden in their closed-door lunch.

The bipartisan portion of Biden’s plan has yet to be written, too. A group of 10 Republicans and Democrats has been holding closed-door meetings to write that legislation after Biden and the lawmakers reached an agreement on the top-line numbers last month.

Asked whether the Democrats’ supplemental bill might cause Republican support for the bipartisan framework to crumble, Psaki noted that Biden’s two-track strategy on infrastructure has been clear to Republicans for months.

The president, a 36-year veteran of the Senate, she said, “knows well that voting for one measure you support never means you have to vote for a different measure.”