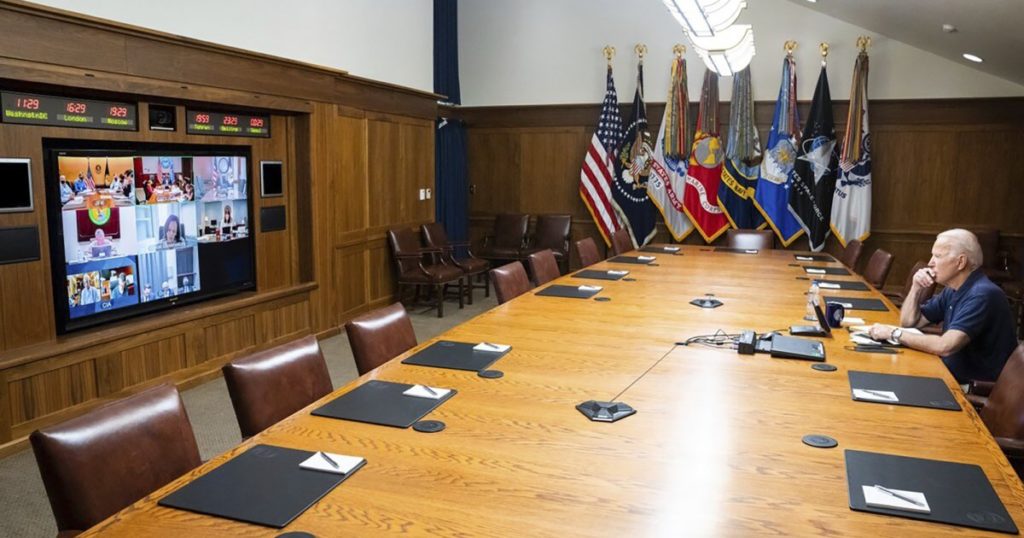 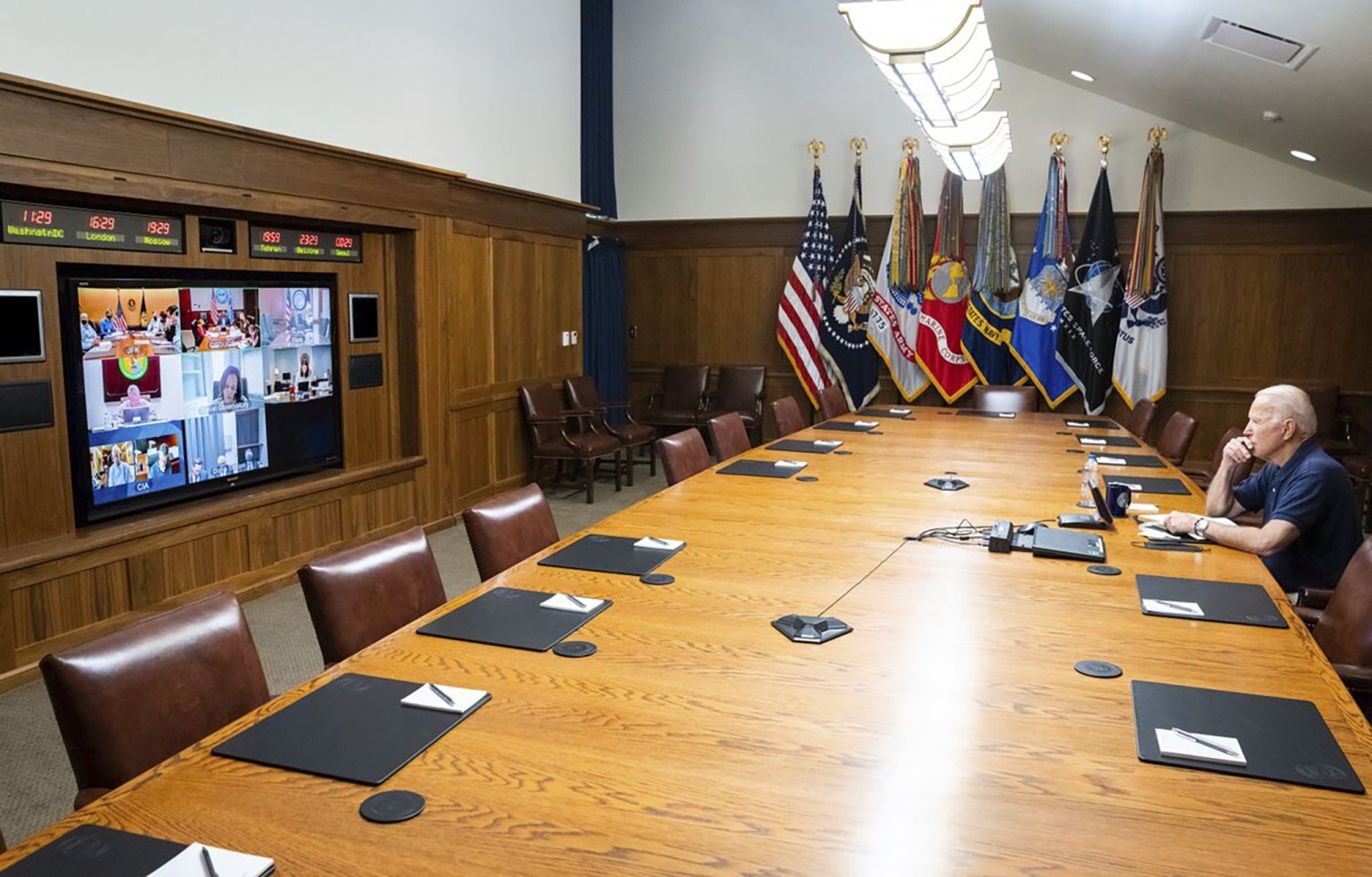 Afghanistan was never Joe Biden’s war, but its ugly end has quickly become the biggest crisis of his presidency — whether he’s acting like it or not.

For a second straight day, Biden on Monday remained out of public view at Camp David. Top aides, meanwhile, were dispatched to appear on the network morning shows to defend what even political allies are describing as the administration’s disastrous pullout from Afghanistan, which fell Sunday into Taliban hands as the former president fled the country.

Just a month after Biden told reporters it was “unlikely” the Taliban would overtake the country, national security advisor Jake Sullivan acknowledged it had done just that.

“The speed with which cities fell was much greater than anyone anticipated,” Sullivan said on NBC’s “Today” show, even as he put the onus on Afghans to defend their own country after 20 years of American involvement.

“Despite the fact that we spent 20 years and tens of billions of dollars to give the best equipment, the best training and the best capacity to the Afghan national security forces, we could not give them the will,” he continued. “And they ultimately decided they would not fight for Kabul and they would not fight for the country … that opened the door for the Taliban to come into Kabul very rapidly.”

Biden’s relative invisibility during a major crisis has drawn sharp criticism from Republicans and even many Democrats, who have called on the administration to do more to reassure the public and to follow through on Biden’s commitment to help the Afghans who aided the U.S. effort.

Rep. Seth Moulton (D-Mass.), an Iraq combat veteran, said calling Afghanistan’s fall “anything short of a disaster would be dishonest” and urged the White House to expedite the evacuation of vulnerable Afghans. “I’ve have been calling on the administration to evacuate our allies immediately — not wait for paperwork, for shaky agreements with third countries, or for time to make it look more ‘orderly.’”

Several Republicans, while acknowledging the role the Trump administration played in signing an agreement with the Taliban last year to begin the process of withdrawing U.S. forces, seized on the opportunity to blister Biden, who has been relatively impervious to their partisan attacks.

“While President Joe Biden cowers at Camp David, the Taliban are humiliating America,” said Sen. Ben Sasse (R-Neb.), who disagreed with Biden’s decision to end the war. “The retreat from Afghanistan is our worst foreign-policy disaster in a generation.”

Robert Gibbs, a former White House press secretary in the Obama administration, urged Biden to address the nation “very soon.” In a tweet, he said: “Imperative for the President to speak to the nation and the world. He must lay out again the reasoning behind his decisions, how he sees the future of this region & what must be done to prevent another safe haven for al-Qaeda to plan attacks.”

The 6,000 U.S. forces Biden deployed back to Kabul over the weekend for a rescue mission, according to the State Department and the Pentagon, were primarily concerned with the evacuation of American citizens and embassy personnel, stranding at least for the moment the tens of thousands of vulnerable Afghans who served alongside U.S. forces, those Biden promised would not be left behind.

Pentagon spokesman John Kirby said Monday that the U.S. would give refuge to 30,000 of them, although airlifting them to safety — something advocates have been seeking for months — is only starting to ramp up.

In interviews over the weekend, senior administration officials said the swift collapse of Afghan forces — after two decades of intense support from the U.S. government — affirmed Biden’s belief that more time and resources would not have been well spent in Afghanistan.

But they struggled to explain what they acknowledged was a botched pullout, which has led to the kinds of chaotic, heart-wrenching scenes Americans remember well from Vietnam and that Biden himself said were unlikely.

“There’s going to be no circumstance where you see people being lifted off the roof of an embassy of the U.S. in Afghanistan,” Biden told reporters last month. On Sunday, however, U.S. helicopters were photographed swooping into the U.S. Embassy in Kabul to rescue diplomats and ferry them to the city’s international airport for evacuation.

On Monday, while Biden remained out of view at Camp David, Americans awoke to stunning video images of desperate Afghans running alongside and clinging to a massive C-130 aircraft as it rumbled down the airport’s tarmac before taking off. The chaos at Kabul’s airport could jeopardize the rescue operation if U.S. forces are unable to better control the crowds.

Biden, who aides said would address the situation in the coming days, was seen Sunday only in a photo tweeted out by the White House that showed him sitting alone at a long conference table, participating in a teleconference with senior administration officials.

Biden was at Camp David over the weekend because he rearranged a week of planned vacation last week to return to the White House to take a victory lap after the Senate voted to pass his infrastructure plan.

As yet, he has not adjusted his plan to spend this week at the presidential retreat in Maryland and his home in Delaware.