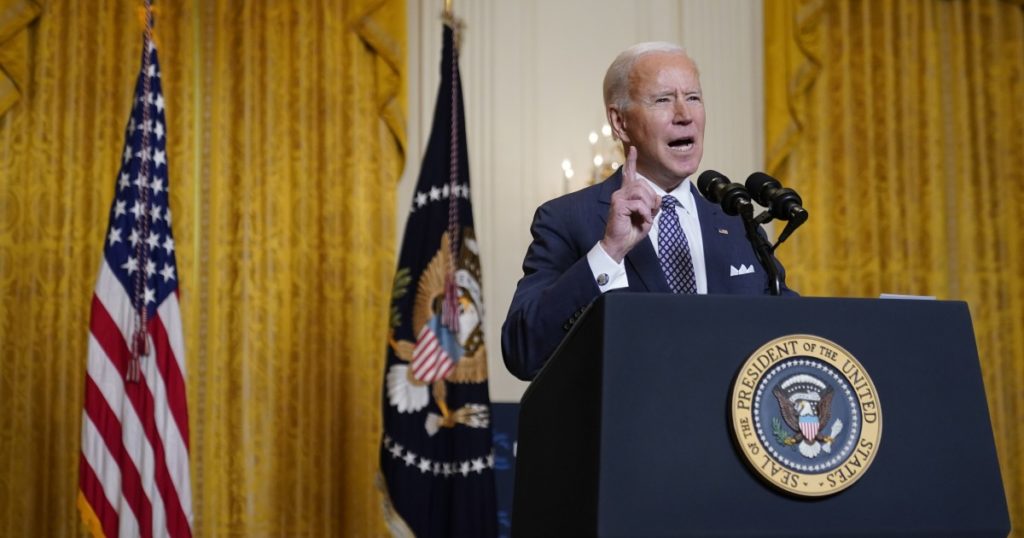 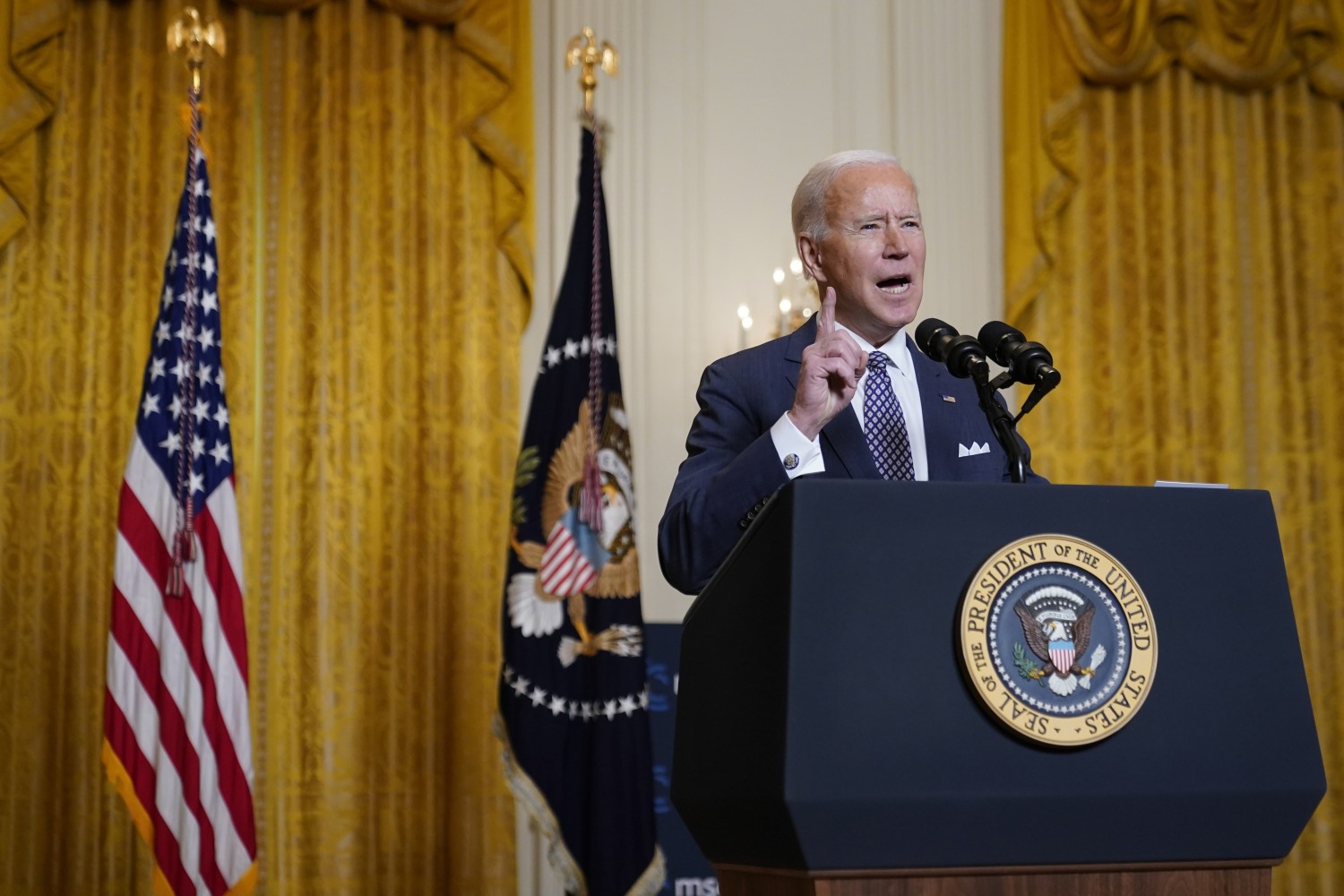 President Biden tried to reassure U.S. allies Friday that he is turning the page on his predecessor’s “America First” approach and restoring a foreign policy that values cooperation with the world’s major democracies to tackle global challenges.

In two virtual appearances before world leaders, his first as president, Biden emphasized that he is restoring and building upon the Obama administration’s diplomatic achievements, including the 2015 multination nuclear deal with Iran and the Paris climate accord, and seeking to work collaboratively to contain threats from Russia and China.

“America is back. The transatlantic alliance is back, and we are not looking backward. We are looking forward together,” Biden declared to the Munich Security Conference, an annual gathering of world leaders to discuss international security.

Biden reaffirmed the U.S. commitment to the North Atlantic Treaty Organization’s Article V, the mutual-defense promise among treaty members that has been a pillar of the postwar democratic order but which former President Trump had only grudgingly embraced.

“I know the last few years have tested our transatlantic relationship,” Biden said. “But the United States is determined — determined — to reengage with Europe, to consult with you, to earn back our position of leadership.”

The president nonetheless faces a hard job persuading allies, many of whom emerged from the Trump years nervous about U.S. reliability, said James Townsend, a former deputy assistant secretary of Defense now at the Center for a New American Security, a centrist Washington think tank.

“The big issue for Biden is trust, in the sense that a lot of allies are still not convinced where our politics are heading,” Townsend said. “So many of them are thinking, ‘Should we hedge because we don’t know if we can trust that the U.S. will say consistently what Biden is already saying?’”

The president asserted that democratic nations, by working together on the three urgent global challenges — the COVID-19 pandemic, economic instability and the climate crisis, would help avert another threat: the rise of autocratic governments.

“Our partnerships have endured and grown through the years because they are rooted in the richness of our shared democratic values. They’re not transactional. They’re not extractive,” Biden said, implicitly disavowing Trump’s mercantilist world view and indifference to democratic values, which strained alliances and enabled adversaries.

The Biden administration had already signaled a break from Trump’s nationalist approach. Gone is Trump’s constant criticism that allies don’t pay their share of defense costs. Instead, U.S. officials publicly commend allies for having increased their spending since 2014 — when President Obama brokered an agreement that they boost military budgets — but they firmly add that some countries still fall short.

With Japan, a frequent Trump target, the administration last week approved a one-year extension of an agreement on how much Tokyo contributes toward bases used by U.S. troops, quietly defusing an issue the former president had elevated into a major confrontation. Biden also halted plans to remove 12,000 troops from Germany, which Trump had proposed in part to punish the country for not spending enough on its military.

Allies’ skepticism about U.S. reliability, reflecting its concern that Biden’s successors could return to a nationalist path, were evident Thursday in remarks from French President Emmanuel Macron. He renewed his call for European “strategic autonomy” from Washington, diverging from Biden’s support for a return to reliance on NATO.

“I am a defender of European sovereignty, of strategic autonomy, not because I’m against NATO or because I doubt our American friends, but because I am lucid on the state of the world,” Macron said in an interview with the Financial Times. “Europe cannot delegate its protection and the protection of its neighborhood to the USA.”

Such splits between Washington and Europe may become even more visible if Biden pushes NATO members to take a more confrontational stance toward Beijing and Moscow. Many European governments favor less confrontational approaches to both countries.

Nor will U.S. frustration likely abate at Europe’s go-slow approach to meeting NATO’s goal that each member spend at least 2% of its gross domestic product on its defense. Nine of the 30 NATO members will reach the target this year; three met it in 2014. But Germany and other allies still lag behind.

In earlier remarks to a separate virtual session of allies in the Group of Seven, made up of leaders of the major industrialized nations, Biden announced a $4-billion U.S. investment in COVAX, a cooperative global vaccination effort that Trump had spurned.

Six weeks after pro-Trump rioters stormed the U.S. Capitol to halt Congress’ certification of the electoral college results, Biden acknowledged that “democratic progress is under assault” in the United States and across Europe. The current moment, he said, marks “an inflection point” in the direction of global powers.

“We must demonstrate that democracies can still deliver for our people. That is our galvanizing mission,” Biden said. “Democracy doesn’t happen by accident. We have to defend it. Strengthen it. Renew it. We have to prove that our model isn’t a relic of our history. It’s the single best way to realize the promise of our future.”

He went on: “If we work together with our democratic partners, with strength and confidence, I know that we will meet every challenge and outpace every challenger.”

Biden’s first major foray on the world stage coincided with the U.S. officially rejoining the Paris climate agreement. Trump announced in June 2017 that he was withdrawing from the pact, contending that it hurt the U.S. economy.

Biden announced that the U.S. would reenter the accord, which includes almost every country, on his first day in office, but the move didn’t take effect for 30 days.

Returning to the 2015 nuclear agreement among the U.S., five partner nations and Iran will be more difficult. In his remarks, Biden stopped short of articulating a timeframe or specific preconditions for resuming talks with Tehran. He echoed Secretary of State Anthony Blinken’s comments Thursday expressing a desire to renew an agreement once Iran returns to full compliance with the original terms.

“The threat of nuclear proliferation continues to require careful diplomacy, cooperation among us,” Biden said. “We must also address Iran’s destabilizing activities across the Middle East, and we’re going to work in close cooperation with our European and other partners as we proceed.”

Biden also vowed to work in close consultation with European allies to confront China and Russia. Asserting that he welcomes the “stiff” economic competition from China, he vowed to work to punish Beijing for its human rights abuses and coercive, unfair economic practices, stating: “Everyone must play by the same rules.”

His strong criticisms of Russia marked a shift for the United States, after four years in which allies had been perplexed by Trump’s coziness with President Vladimir Putin despite the geopolitical threat posed by Moscow.

“Putin seeks to weaken the European project and our NATO alliance,” Biden said. Addressing Russian “recklessness” with regard to cyberattacks and other malfeasance “has become critical to protecting our collective security.”