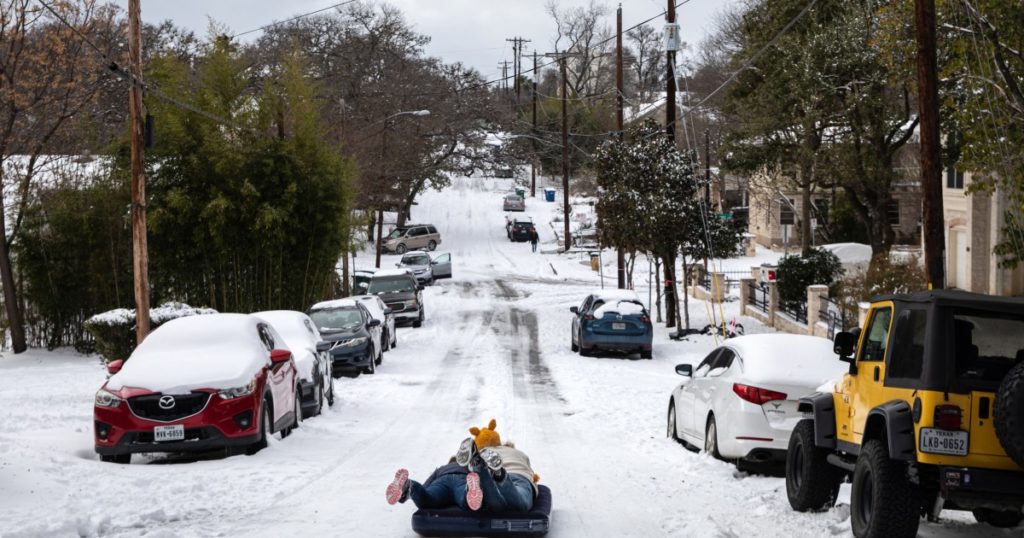 When President Biden visits Texas’s largest city on Friday, epicenter for the state’s most deadly winter storm in modern history, he will be welcomed by many Texans who blame state leaders for failing to quickly respond to the disaster.

“He’s coming for all Texans, for people like myself who were without power,” said Douglas Brinkley, a presidential historian at Houston’s Rice University. “It’s a symbolic gesture.”

Biden, who declared a major disaster in Texas last weekend, signaled his interest at the time in traveling to the storm-ravaged state but said he would wait until his presence and the accompanying entourage wouldn’t distract from or impede recovery efforts.

At the same time, “If he let another weekend go by and he wasn’t in Texas, he would have been in trouble,” Brinkley said, noting the backlash Texas Republican Sen. Ted Cruz faced for traveling to Cancun with his family in the midst of the mayhem. “You don’t want to join the Ted Cruz club and be the butt of derision.”

The president’s trip will be his third outside the Washington, D.C., region. Although he has curtailed most travel because of the pandemic, Biden flew last week to Wisconsin and Michigan for a town hall and factory visit, respectively, as part of his effort to drum up support for his $1.9-trillion coronavirus rescue package.

Last week’s storm, which could prove the costliest disaster in Texas history, left millions of residents without power even as they suffered burst water pipes and other storm-related damage. Millions lost electricity for days as the independent power grid that serves the state’s largest cities — the only one not connected to other major U.S. grids — crashed. Scores died, including an 11-year-old boy north of Houston whose family’s trailer lost power and heat during the storm.

At least a million Texans were still without drinking water this week. Many more were struggling to find plumbers, supplies and money to repair flooded homes even as they received hefty power bills due to Texas’s deregulated utility market. As grocery stores slowly restocked, food giveaways in the state’s largest cities spawned mile-long lines.

While visiting Houston, the country’s fourth-largest city, Biden plans to meet with Republican Gov. Greg Abbott and local officials to discuss recovery efforts and to visit a COVID-19 vaccination center. Republican Sen. John Cornyn of Texas has expressed interest in accompanying the president, although his staff could not confirm that he would attend. Cruz was scheduled to speak at the annual Conservative Political Action Conference in Orlando, Fla., Friday morning, but his staff said he “would certainly be open to joining President Biden if schedules permitted.”

Brinkley said Biden will have to be careful about optics and not overstep.

“People are angry; some still don’t have their water back. Biden’s got to be sympathetic, offer aid,” he said, adding that the president is likely to be warmly received in Houston.

“It’s a power center of the Democratic Party nationally, and there’s a lot of federal investment there with NASA and the energy sector,” Brinkley said. “People feel Harris County was the hardest hit with the storm, so he’s coming into the bull’s-eye, which is the right thing to do. ”

Biden has asked federal agencies to identify additional resources to address the suffering. He has also approved disaster and emergency declarations for other hard-hit Southern states and spoken by phone with seven governors, most of them Republicans. The Federal Emergency Management Agency has sent generators and other supplies to the affected states.

Biden will arrive in Texas as public furor over state leaders’ mismanagement of the storm response mounts. Six members of the board that manages the state’s power grid resigned this week. On Thursday, state lawmakers launched hearings to investigate the disaster.

Gilberto Hinojosa, chair of the state Democratic Party, called for Gov. Abbott to testify at hearings about the state’s response to the storm.

“He needs to answer: Why were our folks left to freeze?” Hinojosa said. “It’s like the leadership of the state decided that Texans were tough and they could tough it out. They did not take care of people.”

Abbott initially blamed outages on green energy sources and just weeks before the storm had ordered state agencies to find ways to sue the Biden administration over energy regulations. On Wednesday, he responded to criticism of his storm response with a rare statewide address touting his proposal to force power plants to winterize and vowing the state Legislature won’t adjourn until public outcry is addressed.

“You deserve answers. You will get those answers,” Abbott said.

White House Press Secretary Jen Psaki said Thursday that any conversation about what is to blame for the blackouts would have to wait until after Biden’s visit.

“The president doesn’t view the crisis and the millions of people who have been impacted by it as a Democratic or Republican issue. He views it as an issue where he’s eager to get relief, to tap into all the levers of the federal government,” she said. “There’s plenty of time to have a policy discussion about better weatherization, better preparations, and I’m sure that’s one that will be had. But right now we’re focused on getting relief to people in the state, getting updated briefings, tapping into all the levers of the federal government.”

Houston officials have opened their own investigations into the power outages. The storm’s local death toll included Carroll “Andy” Anderson, 75, a Vietnam veteran in a suburb who died of hypothermia and a lack of oxygen after the electricity that ran his oxygen tank was cut during the storm. His widow, Gloria “Toni” Anderson, filed a wrongful death lawsuit against the state last week. She said she hopes Biden hears from Texans like her who want to see power companies better regulated, despite resistance from the state’s Republican leaders.

“Abbott and all the politicians who are saying Texans don’t want the regulations — well, yes we do, if it will keep our power when we have major things like this happen,” said Anderson, 75, a retired hairdresser and chemical plant worker.

During the storm, a pipe burst in the attic above her kitchen, buckling the ceilings, Formica counters, walls and floors. Some of her neighbors haven’t been able to find drinking water or food at local markets.

Anderson worries that federal aid won’t reach those who need it most. A couple down the street from her are still living in a trailer four years after Hurricane Harvey flooded their home because they haven’t received federal aid.

“There is a ton of recovery going on,” she said, urging Biden to “make sure it goes where it needs to go. There’s so many people who need it that are in really bad shape.”