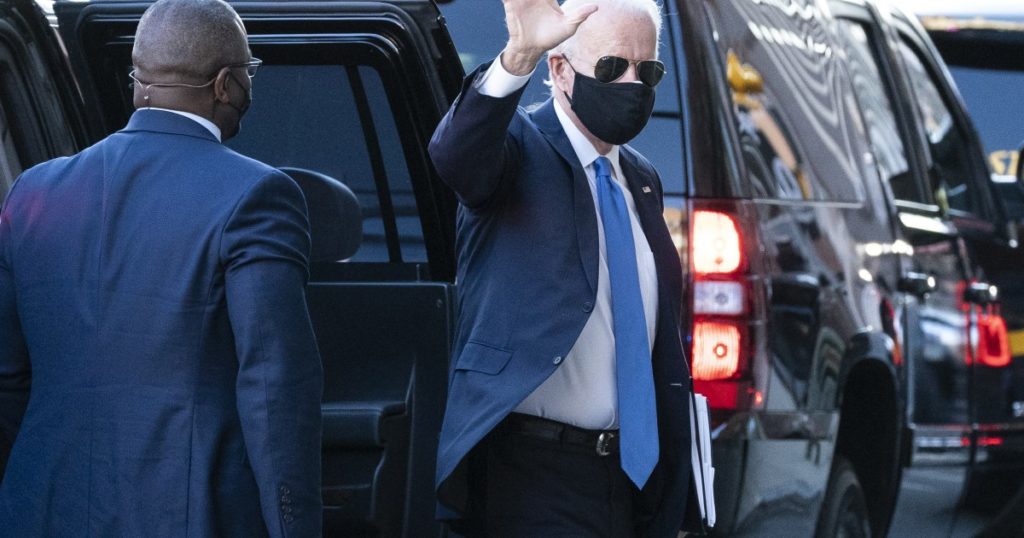 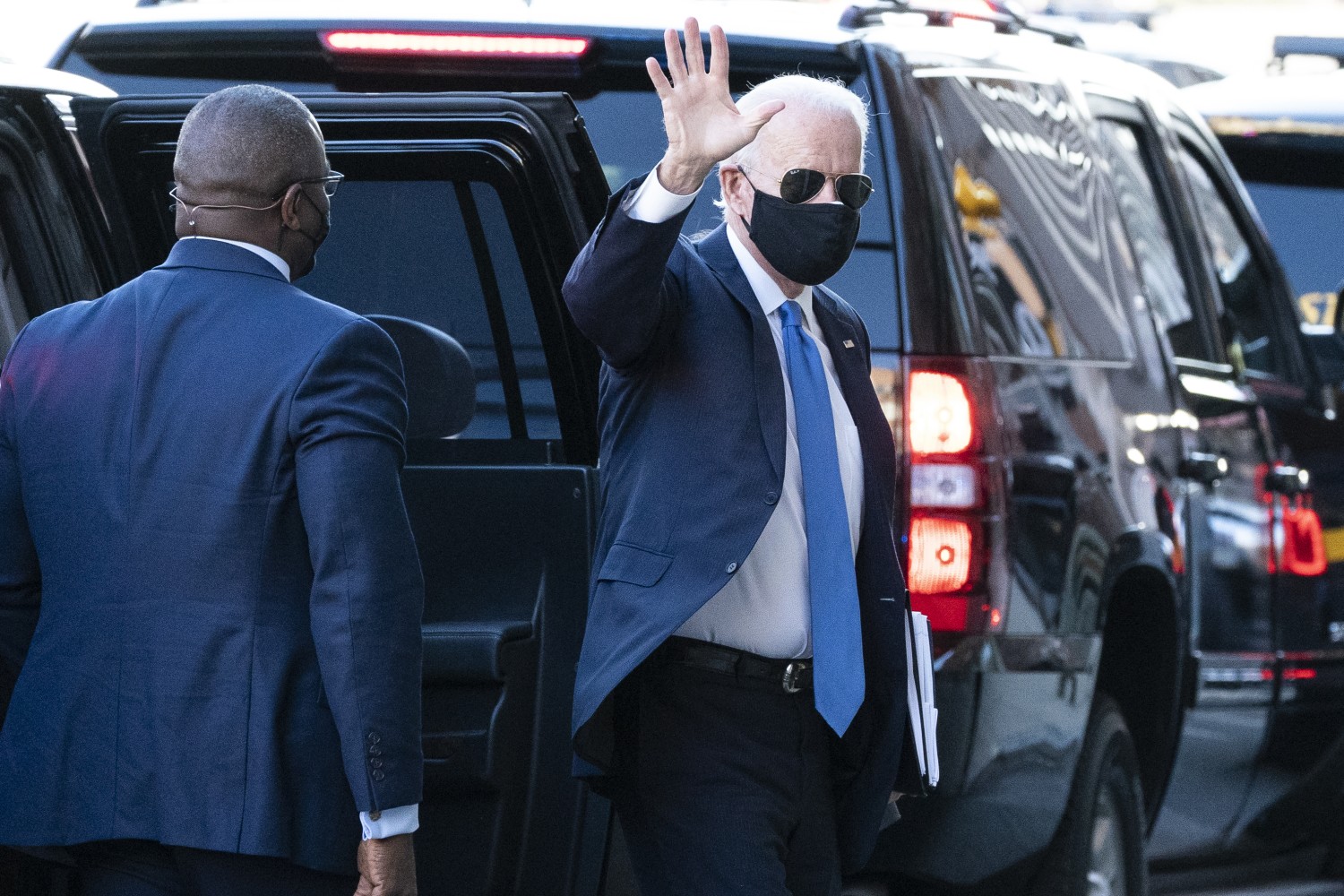 Joe Biden will unveil his first Cabinet picks Tuesday, his chief of staff said Sunday, a tangible sign that a new administration is moving ahead despite President Trump’s continuing efforts to stymie it and to overturn the election result.

On the eve of deadlines in the key battleground states of Michigan and Pennsylvania to certify their vote outcomes, a few prominent Republicans again urged the president to abandon his chaotic crusade, now in its third week of near-daily setbacks in courtrooms and election offices across the country.

“We’re beginning to look like we are a banana republic,” Maryland’s Republican Gov. Larry Hogan, a frequent Trump critic, said on CNN’s “State of the Union.” That prompted the president to jeer him on Twitter as an “Anti-Trump Hero,” and Hogan tweeted back: “Stop golfing and concede.”

Most elected Republicans have remained silent or defended Trump’s right to bring lawsuits. A few, seemingly fearing the president’s wrath, have inched toward acknowledging that Biden won even while supporting Trump’s choice to wage quixotic court fights. Yet his legal team repeatedly has failed to provide any evidence of fraud in state and federal courts, let alone of a scale that would overturn Biden’s victory.

Republican Sen. Kevin Cramer of North Dakota said on NBC’s “Meet the Press” that it was “past time” for the White House to order that federal agencies cooperate on a transition with Biden’s team. But he also said, “Everyone ought to just relax” and let the legal efforts play out.

More than 30 of the Trump campaign’s lawsuits have been withdrawn or thrown out. The merits of a case in Pennsylvania, where counties face a Monday deadline to certify the results so that the secretary of state can follow suit, prompted a scathing rebuke Saturday from a federal judge.

Trump also has demonstrated his willingness to personally meddle in states’ voting certifications, which are a prelude to the convening of the electoral college next month to make the election result official. “Fight hard Republicans,” Trump wrote Sunday on Twitter, two days after summoning some top Republican state legislators from Michigan to the White House, in a highly unusual move as the state moved to formally acknowledge Biden’s win Monday.

In Michigan, the state GOP, together with the Republican National Committee, on Saturday called for the state canvassing board — split between Republicans and Democrats — to move Monday to delay the certification.

Two of Trump’s former national security advisors — he fired both unceremoniously — warned that the president’s actions questioning the vote’s legitimacy could have negative ramifications for the Republican Party and the country.

H.R. McMaster, on CBS News’ “Face the Nation,” said Trump was harming national security by playing into “the hands of our adversaries.” Russia, he said, “really doesn’t care who wins our elections, as long as a large number of Americans doubt the legitimacy of the result.”

John Bolton, on CNN, likened Trump to a “street rioter” who was “throwing rocks through windows.” He suggested that Trump’s undermining of the presidential election could damage Republicans’ prospects in runoff elections next month for Georgia’s two Senate seats, contests that will decide which party controls the Senate. Bolton used imagery that evoked the final desperate refuge of the late Iraqi president Saddam Hussein in 2003, when he was hunted down by U.S. troops.

“Look, the Republican Party is not going to be saved by hiding in a spider hole,” Bolton said. “We need all of our leaders to come out and say the election is over.”

The political tumult coincides with the Thanksgiving holiday, which this year is shadowed by the raging COVID-19 pandemic. More than 12 million Americans have been infected, and more than a quarter million have died of COVID-19.

Biden’s aides again pressed Sunday for the Trump administration to allow the president-elect’s team access to crucial information from federal agencies about the planned rollout of coronavirus vaccines in coming months. A Trump appointee who heads the General Services Administration, Emily Murphy, has refused to sign paperwork that would unlock transition funds and allow Biden’s team to begin coordinating with government officials.

Klain said that for the Biden transition team’s efforts, the “impacts escalate every day” because of the GSA administrator’s refusal to disregard Trump and formally begin the transition. He called Trump’s stance a “corrosive” attack on the U.S. electoral process.

“The voters rejected his leadership,” Klain said. “Since then, Donald Trump has been rejecting democracy.”

While Biden has taken care to avoid being drawn into a public fight with Trump over the delay, choosing instead to project calm confidence and a desire to work with Republicans, he has allowed surrogates to voice more explicit warnings.

Rep. Cedric Richmond (D-La.), who will leave Congress to hold a senior White House post in the new administration, said the incoming team would “explore every avenue” if the GSA continues to withhold the necessary “ascertainment” letter. Biden advisors have declined to warn of legal action, but Richmond said on “Meet the Press,” “We won’t take any avenues off the table.”

For all of Trump’s precedent-shattering intransigence, planning for Biden’s inauguration on Jan. 20 — one of the grand events on the capital’s political calendar — is proceeding. But it will be dramatically altered, nonetheless, because of the pandemic’s restrictions on gatherings.

Inauguration Day typically is an hours-long commemoration marked by the new president’s swearing-in at the Capitol before assembled dignitaries and the public, an elaborate luncheon with lawmakers in the Capitol rotunda, a parade on Pennsylvania Avenue past a White House reviewing stand, and a whirlwind of inaugural balls.

Biden and Harris, who made a point of campaigning in line with disease-prevention protocols of the federal Centers for Disease Control and Prevention, are expected to preside over a muted affair; details have not been released.

“They’re going to try to have an inauguration that honors the importance and the symbolic meaning of the moment, but also does not result in the spread of the disease,” Klain said in his ABC interview. “That’s our goal.”