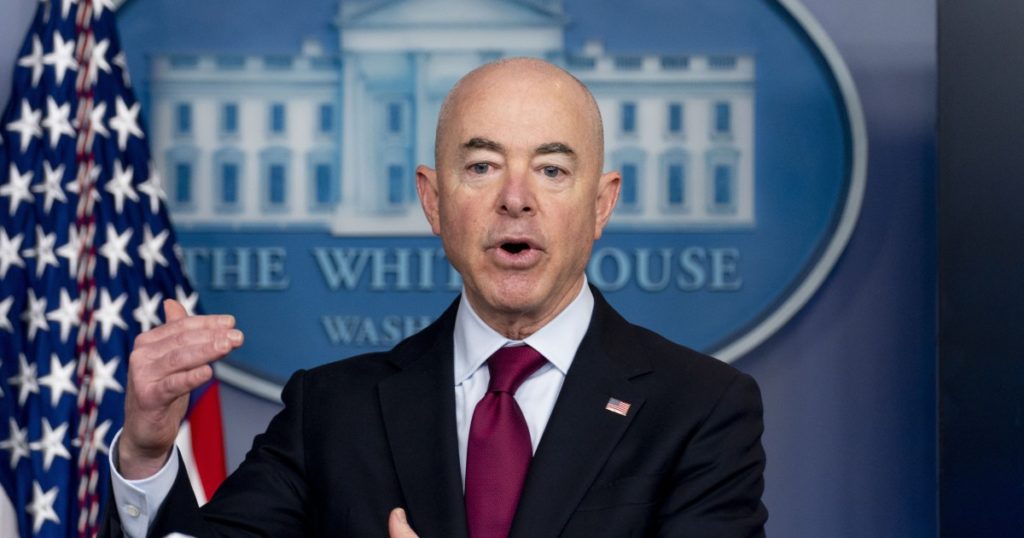 The Biden administration is touting the U.S. reunion this week of four families split apart by the Trump administration’s separation policy, framing it as a key moment in a broader, more humanitarian approach to immigration, in contrast with the “cruelty” of the president’s predecessor.

Yet lawyers and advocates who’ve been working for several years on tracking down and reuniting children and parents separated under former President Trump say these reunions could have happened months ago. More than 5,000 children were separated from their parents under the Trump administration, according to court filings.

One of the four families that will be reunited are a mother and son who will meet Tuesday in California after being apart more than three years.

On Monday, Homeland Security Secretary Alejandro N. Mayorkas said a task force established by a February executive order has been “working day and night” to address what he called the Trump administration’s “cruel separation of children from their parents.”

“Today is just the beginning,” Mayorkas said in a statement. “We are reuniting the first group of families, many more will follow, and we recognize the importance of providing these families with the stability and resources they need to heal.”

But some attorneys expressed frustration at what they described as foot-dragging and Biden officials taking credit for advocates’ work.

Carol Anne Donohoe, managing attorney for the family reunification project at Al Otro Lado, said the nonprofit represents three of the four families — and roughly three dozen other parents deported without their children who were identified “since day one” and have been waiting to return to the United States to reunite with them, some for years.

On Biden’s first day in office, he issued an executive order promising to reunited separated families “to the greatest extent possible,” but before Monday, the Family Reunification Task Force he formed in February to make good on that pledge had yet to bring together a single one.

Rep. Bennie Thompson, (D-Miss.), chairman of the House Homeland Security Committee, stressed the symbolic importance of the first reunifications in the U.S. under Biden.

“We are beginning to turn the page on this dark chapter in American history,” Thompson said in a statement.

While the Homeland Security Department did not release details about the identities of the four families to be reunited this week, some are from Mexico and Honduras, with children as young as 3, as well as teenagers, taken from their mothers, some as far back as late 2017, attorneys confirmed to The Times.

Michelle Brane, executive director of the Family Reunification Task Force, told reporters the parents will be permitted to return to the United States on humanitarian parole while authorities consider whether to grant them other long-term forms of legal status.

According to court filings, the separation of more than 5,000 children from their parents began around July 2017, many under a “zero tolerance” policy to criminally prosecute any adult who entered the country illegally, as well as an earlier “pilot program” in Texas — though Biden officials and attorneys now believe some separations began shortly after Trump’s inauguration in January 2017. Brane said more than 1,000 families remain separated.

Exactly how many families will reunite and in what order is linked to negotiations with the American Civil Liberties Union to settle a federal lawsuit in San Diego, though Mayorkas promised “many more in the weeks ahead. ” It was as a result of that lawsuit that a federal judge in June 2018 ordered the Trump administration to stop separating families and work toward reunification.

“We are making progress,” Lee Gelernt, the lead attorney in the family separation suit, said of the negotiations. “But ultimately, this is a long road, involving not just reunification but also legal permanent status, compensation and social services. We are happy for the four families who will be reunified this week, but we need to keep focused on the fact that more than 5,500 children were separated, some less than a year old.”

While Biden has frequently criticized Trump for the family separations, which prompted international outrage, his officials have asked for patience as they work to undo other restrictionist immigration policies put in place by the Trump administration, blaming the delay on what they say was a targeted dismantling of the U.S. immigration system and Homeland Security Department.

In its announcement about the family reunifications Monday, Homeland Security said members of the task force have been working “tirelessly” to establish a comprehensive database of separated families and “correct inaccuracies in the files they were provided,” calling it “novel work” across the government.

But advocates say they’ve been doing this on their own for years and have successfully brought scores of separated families back to the United States.

According to Donohoe, it was Al Otro Lado and other legal-aid and advocacy organizations that made all of the arrangements for the four families, including negotiating with the Mexican government for travel visas and planning and funding the parents’ travel to the ports of entry, as well as the children’s travel to meet them there — everything but permission to enter the United States, which was granted by Customs and Border Protection.

“When DHS says this is a ‘very complex situation’ and is a ‘situation we inherited’ — if there were political will, and if the imperative was, ‘Let’s reunite these families, they’ve suffered enough,’ they could’ve been back three months ago,” Donohoe said. “The only reason that these four parents are going to be there tomorrow and this week is because we made it happen.”

Mayorkas responded to advocates’ criticism Monday afternoon, telling NPR in an interview, “This is not about taking credit for the reunification, this is about working together to achieve it, pure and simple.” He said of Al Otro Lado, “They precede us in this effort, and we are privileged to be a part of it.”

The announcement of the reunifications came the same day Mayorkas cited progress on moving unaccompanied minors from overcrowded, ill-suited CBP holding cells to shelters under the Department of Health and Human Services, reducing their number by 88% since a high in March.

Mayorkas also said the average stay for a child in Border Patrol custody has fallen to 20 hours, below the 72-hour maximum allowed under court rulings and down from 133 hours in late March.

While more than 600 lone migrant kids remain in CBP custody, more than 22,000 remain in the custody of HHS, according to the latest government data.

Biden also announced Monday that he would set the annual refugee cap at 62,500, returning to a ceiling he’d originally proposed to Congress in February and had committed to publicly.

In mid-April, citing in part a sharp increase in migration to the southern border in Biden’s first months in the White House, the administration announced it would keep in place Trump’s historically low cap of 15,000 for the rest of this year. But after hours of some of the sharpest criticism yet from even the president’s allies, the White House reversed itself and said Biden would announce another refugee resettlement goal this month.

Trump’s cap “did not reflect America’s values as a nation that welcomes and supports refugees,” Biden said in a statement.

“It is important to take this action today to remove any lingering doubt in the minds of refugees around the world who have suffered so much,” he said, “and who are anxiously waiting for their new lives to begin.”