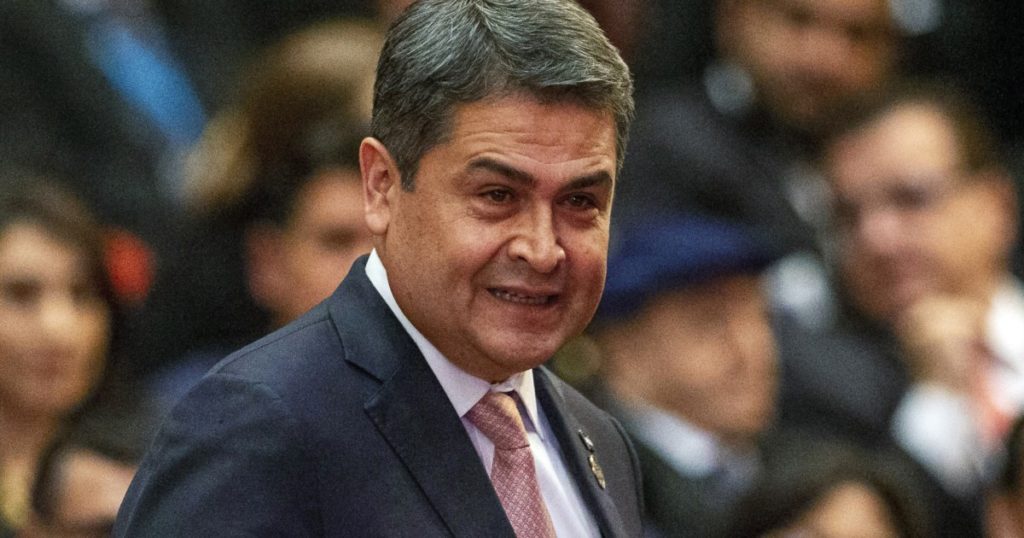 Weeks after earmarking $4 billion in U.S. aid for Central America, the Biden administration is fine-tuning its plans and sharply limiting how much money will go directly to the governments of Honduras, El Salvador and Guatemala, a senior administration official told the Los Angeles Times.

Roberta Jacobson, Biden’s senior official for southwest border affairs and an expert on immigration, said in an interview that the $4 billion will be subject to strict — but untested — conditions on recipients, based on measures of anticorruption efforts and good governance.

The adjustments follow a push by some lawmakers to place limits on the U.S. aid and warnings from foreign policy experts concerned that in the rush to stem illegal immigration, President Biden would go down the same path he followed as vice president, when U.S. assistance, with few effective strings attached, ended up empowering corrupt regimes.

Biden plans to ensure that as little aid as possible goes to the notoriously corrupt central governments of the three countries until he is satisfied criteria are met, Jacobson said. Goalposts include transparent accounting and proof of good governance, such as fair elections and respect for human rights, she added.

The U.S. had long endorsed such goals in Central America, but they are difficult to quantify.

But the prospect of stricter accountability is panicking some of the Central American leaders who were hoping to remain on the receiving end of American assistance after four comfortable years under President Trump.

Jacobson, a former ambassador to Mexico and assistant secretary of State for the Western Hemisphere, said that instead of pouring most of the money into national treasuries, greater amounts will go to nongovernmental organizations and programs for single mothers, youth training and similar groups, “so that in the end, you are strengthening the societies and not enriching these governments.”

The shifting focus comes as Biden and others in his administration are realizing that Central America is in far worse shape than it was when they were last in charge, despite the 2015 U.S. injection of nearly $1 billion, which Biden oversaw as vice president.

“The president will be the first to admit he’s learned things,” said Jacobson, who is now part of the National Security Council. “He is fully prepared to do both the hard work of insisting on those conditions and commitments, and is fully prepared to not convey funds if he doesn’t get what he thinks is necessary.”

Members of Congress and several of Biden’s advisors said it has been a mistake to pump money into countries that have misused and squandered U.S. aid, with very little to show for it. They urged Biden to “recalibrate” his policy by focusing on impunity and corruption and demanding changes before releasing funds.

“We have a long history of sending aid to Central American governments that failed to produce lasting, positive results,” Sen. Patrick J. Leahy (D-Vt.) said in a statement to The Times. “If we are going to send more U.S. tax dollars to those governments, they need trustworthy leaders who want to help their people, rather than to stay in power and enrich themselves.”

Leahy was one of eight Democratic senators who late last month introduced legislation that would tie Biden’s hands in disbursing some aid. The bill targets Honduras and its president, Juan Orlando Hernández, a loyal ally of Trump who is under investigation in U.S. federal court in multiple drug-trafficking cases.

The bill, authored by Sen. Jeff Merkley (D-Ore.), would sanction Hernández by freezing his assets and asking the State Department to declare him a designated kingpin — a harsh punishment for a sitting elected leader. It would also suspend security aid to Honduras because of human rights abuses, corruption and the drug-trafficking cases and would put a hold on sales of tear gas and other crowd-control tools used to attack peaceful civilians.

As vice president, Biden was tasked by President Obama with handling Central America, as illegal migration, including the arrival of many unaccompanied minors, surged. He launched an initiative called Alliance for Prosperity that allotted up to $1 billion for the three countries, the so-called Northern Triangle, for police training, judicial reforms and other projects. He appeared friendly with the presidents of those countries.

But by nearly all accounts, the program failed to produce results; in fact, the political and economic conditions in the region deteriorated.

Part of that is blamed on the Trump years, which destroyed whatever was left of Biden’s program. Under Trump, two groundbreaking anticorruption agencies in Honduras and Guatemala were disbanded by nervous politicians who became targets of probes after senior officials were charged and imprisoned — a rare instance in Latin America of corrupt leaders being held to account.

Hernández engineered changes in the law to allow himself to run for reelection, a race he won amid widespread reports of fraud and while the U.S. drug case against him grew. But Hernández eagerly cooperated with Trump on immigration, and the Trump administration turned a blind eye to many of the Honduran’s transgressions. Hernández made several visits to the Oval Office.

Federal prosecutors at the U.S. Court in the Southern District of New York describe Hernández as being part of a massive cocaine-smuggling network and quote him as saying he “wanted to shove the drugs right up the noses of the gringos.” Hernández has denied the allegations.

As Biden came into office, people advising him were worried he would revert to the same strategy or friendly approach to the leaders he once trusted.

“We have to be hard-nosed,” said a senior State Department official active in the issue. “It’s not about wagging a finger. And it’s not Biden’s preferred strategy. But we have to be hardline and be seen as being hardline.”

The official, who spoke of internal discussions on condition of anonymity, said Biden officials “are more aware now” that Central American leaders cannot be “taken at their word.”

That has been reflected recently in the harsh public messaging from Juan Gonzalez, who heads up Western Hemisphere affairs at Biden’s National Security Council and was an advisor to him when he was vice president. Gonzalez has been speaking mostly to Spanish-language media to deliver the message to a targeted audience.

The promised $4 billion will have no impact “without the political will of the [Central American] governments to take action, even when against their political interests,” Gonzalez told El Salvador’s El Faro news website.

“Trump ignored corruption for four years,” he said. “Any leader now who is not ready to combat corruption will not be an ally of the United States.”

The NSC did not make Gonzalez available to comment for this article.

Biden’s basic strategy for the region remains a focus on solving the “root causes” of illegal immigration, such as poverty and insecurity, in order to give Central Americans a reason to stay at home. It’s the opposite of the Trump policy, which was a law-enforcement action to round up migrants as they attempted to reach the U.S.

Another idea being floated by Biden is the reconstruction of an anticorruption agency, like those dismantled by Honduras and Guatemala, but this time assigned to the entire region and sponsored by the United Nations to give it more standing.

Already some of the corruption-ridden governments are voicing opposition.

“Guatemala should be capable of dealing with these issues,” the country’s ambassador to the United States, Alfonso Quiñónez, said when asked, in a recent panel discussion sponsored by the Wilson Center, whether his country would accept oversight. “The best way is to strengthen our institutions … rather than having [outside] institutions do it for us.”

The steps to confront Honduras, as well as El Salvador and Guatemala, will not be easy. NGOs are often not equipped to absorb the millions of dollars the U.S. is willing to grant. Accounting procedures are sloppy at best. And despite Washington’s threats, human rights are routinely ignored, along with prosecutions of notorious killers of activists.

For many in Latin America, aggressive U.S. pressure is a throwback to the Cold War years, when Washington exerted control over much of the continent and often backed right-wing dictatorships.

The other key step, Biden advisors say, is to make clear to Hernández and the region’s other leaders — El Salvador’s Nayib Bukele and Guatemala’s Alejandro Giammattei — that corrupt behavior will no longer be tolerated.

Bukele — another Trump ally — is working to gut the Salvadoran national legislature. He traveled to Washington last month, hoping to meet with Biden administration officials, and was rebuffed. Giammattei is attempting to stack Guatemala’s highest court with loyalists.

In a message that landed like a bombshell in Honduras, Dan Restrepo, who was the NSC’s head of Western Hemisphere affairs under Obama, said the basic, and for now, insurmountable problem in dealing with Central America is that there are “no partners” — no leaders trustworthy enough to cooperate with.

“The message is that the United States is no longer going to play with the corrupt officials,” Restrepo said.