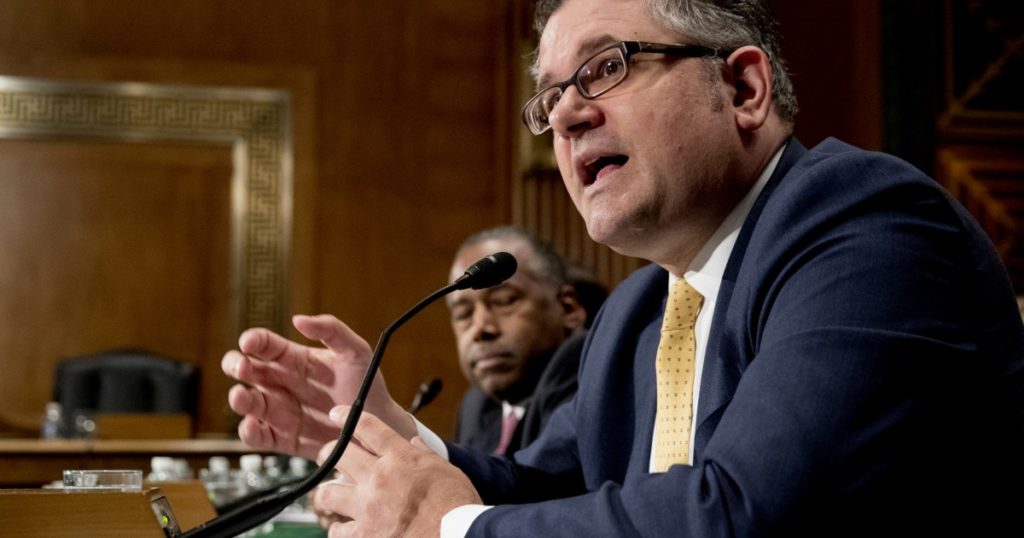 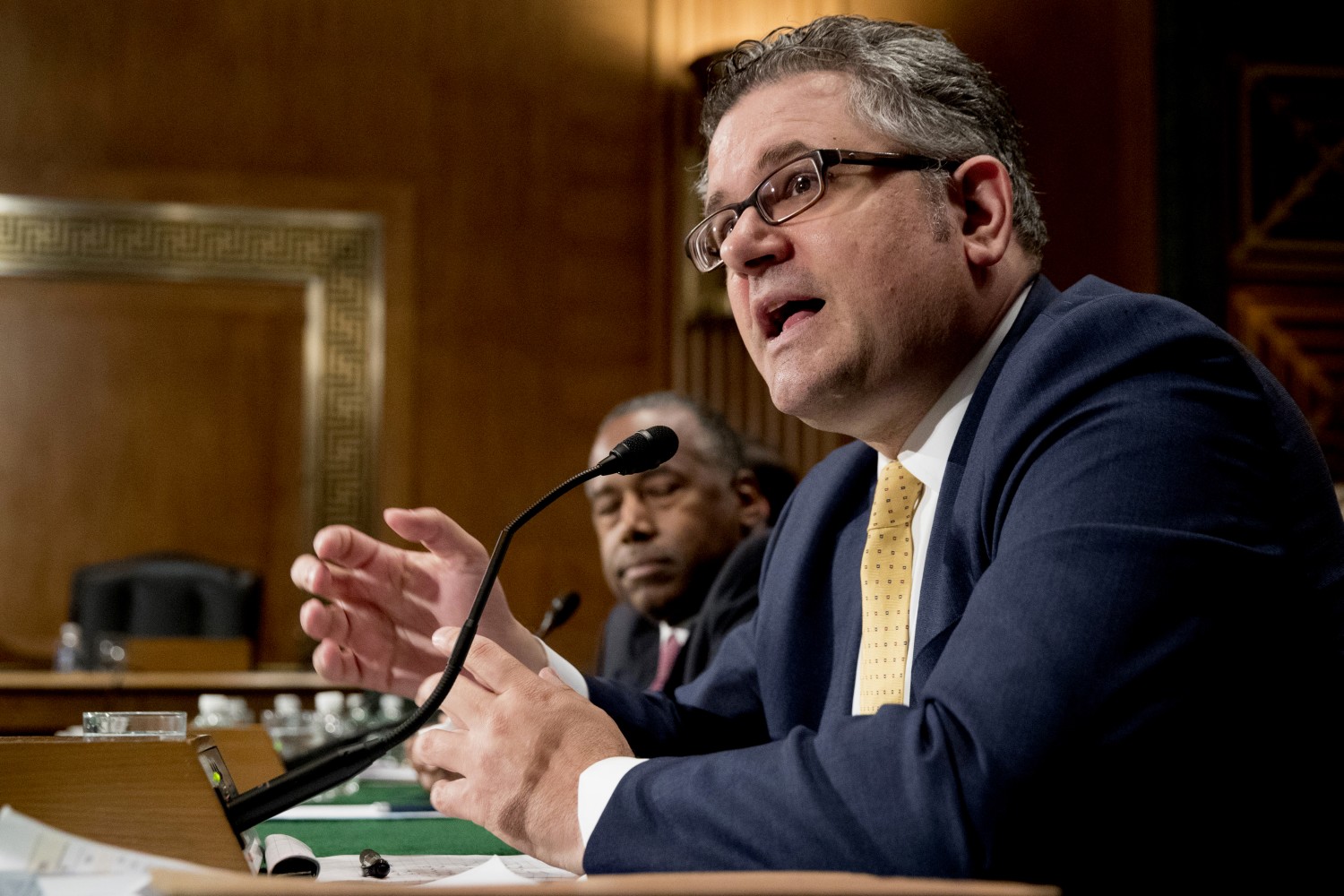 The Supreme Court opened the door for Calabria’s removal with a Wednesday ruling that made clear the president had the authority to oust the regulator. A White House official responded by saying Biden would start the process of inserting an FHFA director who supports the administration’s priorities on housing policy. The official asked not to be identified discussing Biden’s intentions.

In addition to paving the way for Calabria’s removal, the Supreme Court also dealt a crushing blow to Fannie and Freddie shareholders who are challenging the government’s collection of more than $100 billion of the companies’ profits. The justices rejected claims that the FHFA exceeded its authority under federal law, leaving investors few options to get their hands on funds they’ve been seeking for years.

Fannie and Freddie shares cratered on the high court’s decision, with each plunging the most in intraday trading since 2013.

Calabria is a libertarian economist who has long supported releasing Fannie and Freddie from federal control. He’s also sought to reduce the companies’ footprint in the mortgage market, arguing that the extent of their operations puts taxpayers at risk.

In a statement, Calabria said he respects the Supreme Court’s decision and wishes his successor all the best in fixing the remaining flaws of the U.S.’ housing finance system.

The Biden administration may not be in any rush to free Fannie and Freddie. That’s because it’s potentially easier to make the companies extend mortgage financing to underserved communities as long as they are wards of the state. Eliminating economic inequities is a top goal for the White House. Biden would likely name an acting FHFA director before nominating a permanent replacement.

Among issues Wall Street will be focused on is whether a new FHFA head will make it easier for borrowers to refinance their loans — something that would have implications for investors in mortgage securities issued by Fannie and Freddie, said Ajay Rajadhyaksha, head of macro research at Barclays bank in New York. He signaled it would be a mistake for the Biden administration to dramatically overhaul housing policy because it’s such a crucial component of the U.S. economy.

“Any policy changes should be incremental in nature instead of a ‘big bang’ so as not to disturb the critically important agency mortgage market and thereby the housing economy,” Rajadhyaksha said.

Determining what to do with Fannie and Freddie is the last major policy decision remaining from the 2008 financial crisis. The companies got into trouble when the housing market tanked in the run up to the Great Recession, prompting the government to rescue them with $187.5 billion in taxpayer funds. The firms have since become profitable again, paying out billions of dollars in dividends to the Treasury.

Fannie and Freddie don’t make loans. Instead, they buy mortgages from lenders and package them into bonds, guaranteeing payment to investors even if homeowners default. The process is considered essential to the $10-trillion mortgage market and in keeping borrowing rates low.

In its ruling, the Supreme Court left Fannie and Freddie shareholders with little hope of making a windfall on their holdings.

Investors, the court said, might be able to win damages on a claim that some payments Fannie and Freddie have made to the government were illegal because the FHFA director was unconstitutionally insulated from being fired by the president. But the justices said they wouldn’t use that argument to toss out the entire policy decision, made in 2012, that directed the companies to send their earnings to the Treasury.

The Supreme Court sent the case back to the lower-court level, where shareholders will get the chance to show they were harmed by the lack of presidential control over the FHFA.