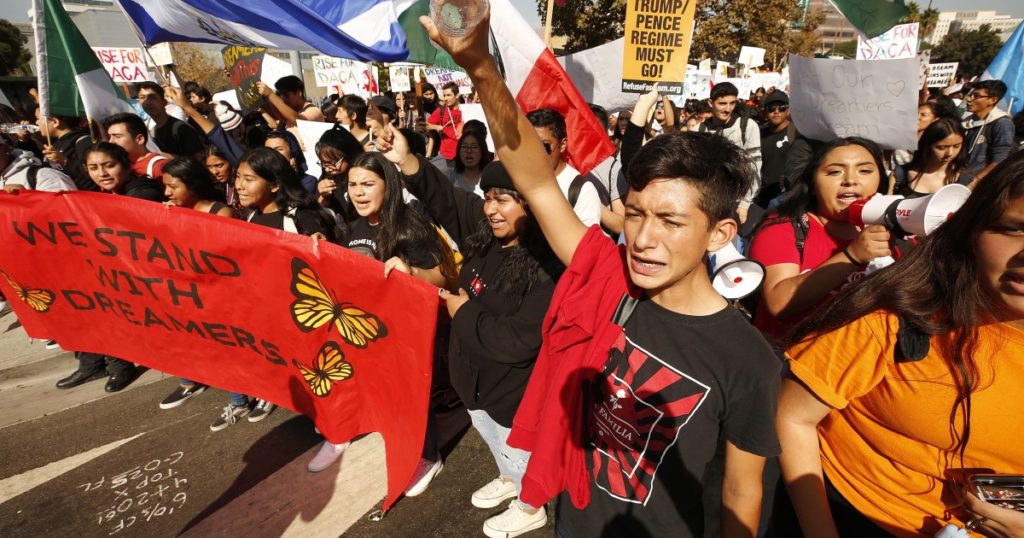 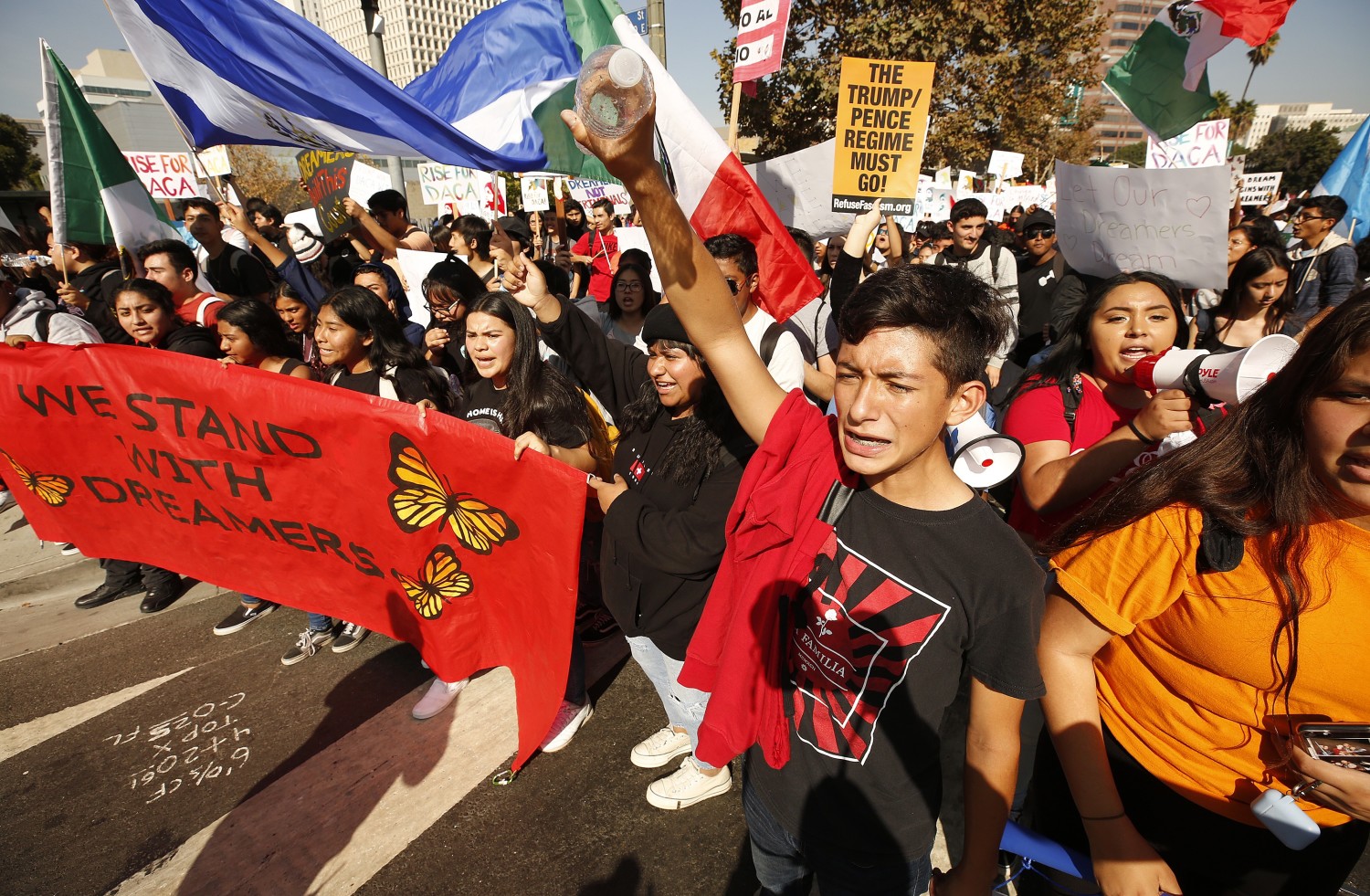 When the U.S. Senate passed an immigration reform bill in 2013, farmworkers Francisca Aguilar and her husband, Ruben Cohetzaltitla, got excited at the prospect of attaining citizenship. But their hope faded as the legislation never materialized.

Now the couple are awaiting answers from the new president.

Hours ahead of President Biden’s inauguration, incoming White House officials released more details of his ambitious legislative proposals on immigration reform, including a pathway to U.S. citizenship for an estimated 11 million people and a series of executive actions, among them an immediate stop to construction of fencing along the southern border.

The incoming administration described its package as a common-sense approach to modernizing and restoring humanity to the immigration system after four years of President Trump’s systematic crackdown on both legal and illegal immigration.

The U.S. Citizenship Act, which Biden sent to Capitol Hill on Inauguration Day, offers an eight-year road map to citizenship for the estimated 11 million immigrants in the United States without legal status. If approved, it would prioritize three categories of people to immediately receive green cards: farm workers, those with temporary protected status and beneficiaries of Deferred Action for Childhood Arrivals, known as “Dreamers,” who were brought to the U.S. as children.

To qualify, immigrants must have entered the U.S. no later than Jan. 1, with some exceptions.

In Washington, California and other states with vast immigrant-labor populations, the new bill could dramatically increase job security and significantly raise living standards. Its announcement brought fresh hope to Aguilar and Cohetzaltitla, 45, who left their impoverished home in Puebla, Mexico, with their toddler in 2001. They settled in southeastern Washington state, where they had four more children over the years.

Aguilar longs to visit her grandparents and siblings, whom she hasn’t seen in 20 years, and to earn the better pay and benefits afforded to immigrants with lawful status. She and her husband each make about $120 a day picking blueberries. Lacking healthcare, they spend around $700 each for yearly health checkups and routine tests. When the pandemic hit and left them out of work for two months, they were forced to borrow $2,000 from family members.

Immigration reform would also mean they could breathe easier knowing that their eldest son, a DACA recipient who occasionally travels to other states for his insurance sales job, no longer would risk being stopped by immigration authorities.

“It would be a great privilege for me to be here legally,” Aguilar said. “It would mean more stability for my family, better work and a better future for us all.”

“When a team needs to finish strong to win a game, the manager sends in their closers,” Sanchez said in a prepared statement. “The Closers are a sisterhood of Members who have dedicated their careers to reforming our immigration system, and who will see this through until we win.”

New Jersey Sen. Robert Menendez, who announced that he will lead the legislative effort in the Senate, was a member of the bipartisan “Gang of Eight” that passed a comprehensive immigration reform bill in 2013. The bill was blocked by Republican leaders from coming to a vote in the House.

“I know all too well from my work with the ‘Gang of Eight’ that passing immigration reform through the United States Congress will be a challenging task,” Menendez said in a prepared statement. “However, there is a moral and economic imperative to get this done.”

The proposed overhaul also includes an expansion of refugee admissions, an enforcement plan deploying increased surveillance and enforcement-related technology along the border, and increases in per-country visa caps. Although many advocates of immigrants celebrated Biden’s move, some longtime immigration experts cautioned that the bill would probably not make it into law in its current incarnation, if at all.

Roberto Suro, a public policy professor at USC who has followed immigration issues for decades, said the bill probably would be stymied and take a back seat to other top priorities: a raging pandemic, economic recovery, impeachment procedures and Cabinet confirmations.

“This is his opening bid to a long process. Nobody expects this to be the final bill,” Suro continued. “If enacted — and that is a big if — reality will be much different. The reality will be what it takes to get 10 Republican votes in the Senate, and that’s going to cost.”

Suro said the bill probably will not see congressional floor action until at least the fall or beginning of 2022.

“Any Republican who is up in 2022 or 2024 who votes for any kind of legalization is guaranteed to face a primary challenge from the Trump wing of the party,” he said.

Biden’s plan would grant millions of immigrants interim status for five years, including work authorization and the ability to travel abroad, followed by green cards if they pass background checks and pay taxes. Three years after becoming permanent residents, they could apply for citizenship.

A smaller group, including farmworkers, would be fast-tracked for green cards under the bill. United Farm Workers President Teresa Romero acknowledged the difficult road it faces.

“I don’t know that we’re going to get the support of Republicans for an immigration reform [bill] that would cover the 11 million people in this country that don’t have documents,” she said. “We’re realistic on the challenges we have ahead of us.”

But she disagreed that Republicans moved so far to the right during the Trump presidency that all would vote against immigration reform. The pandemic demonstrated just how essential immigrants are, she emphasized. And a year ago, 34 Republicans in the House of Representatives voted in favor of the Farm Workforce Modernization Act, which would establish a pathway to permanent residency and modernize the temporary agricultural worker visa program.

“Even Republicans who have never in Congress voted for any reform bill are realizing that the backbone of agriculture is farmworkers,” she said.

Joe Del Bosque, 71, a farmer in the San Joaquin Valley, said he welcomed a bill that would legalize some of his workers but was concerned that some may move on.

“We are already in a chronic labor shortage situation, and we really can’t afford to lose any more people,” he said.

For years, farm labor from Mexico has been on the decline in California. Many in the agricultural industry have tried to entice workers with better salaries and benefits, but some companies have found it impossible to attract enough U.S.-born workers to make up for a shortage from south of the border.

Del Bosque said he’ll hire anyone who shows up ready to work. But U.S. citizens rarely show up. And if they do, they often don’t last long.

“Americans will say, ‘You can’t pay me enough to do this kind of work,’” he said. “They won’t do it. They’ll look for something easier.”

Biden’s bill also includes provisions to address the root causes of migration. It funds a $4-billion, four-year interagency plan to increase assistance to El Salvador, Guatemala and Honduras, conditioned on their governments’ ability to reduce the corruption, violence and poverty causing people to flee.

And it establishes designated processing centers throughout Central America where people can register for refugee resettlement and other lawful migration avenues, such as the Central American Minors program, an Obama-era program discontinued by Trump that aimed to reunite children with U.S. relatives.

Some Central American advocates expressed concern about this approach.

“If his plan is to pick up where he left off at the end of the Obama administration, or put more money into the same economic and security policies the U.S. has been pushing for decades, the situation for everyday people will not get better,” said Yesenia Portillo, an organizer with the Committee in Solidarity with the People of El Salvador.

“It’s disingenuous to condition U.S. assistance on El Salvador, Honduras and Guatemala’s ability to reduce corruption, violence and poverty when the United States’ own policies in the region often contribute to these very problems.”

Incoming White House officials said the legislation prioritizes “smart” border controls by authorizing additional funding to increase technology that can expedite screening and scan for narcotics and other contraband. The funding would also go toward safety and professionalism training for border patrol agents and more special agents at the DHS office who are charged with addressing criminal misconduct by employees.

Officials did not say how much additional money would be authorized, how soon that could take place or whether any would be allocated to Immigration and Customs Enforcement for operations beyond the border regions.

The bill would recapture unused visas, eliminate lengthy wait times, increase per-country visa caps and increase diversity visas — which allow randomly selected people from countries with relatively limited immigration to the U.S. — to 80,000 per year from 55,000. It would offer work permits to dependents of H-1B work visa holders and allow immigrants with approved sponsorship petitions to join family in the U.S. while they wait for green cards to become available.

It would also eliminate the one-year deadline for filing asylum claims and raise the cap on U visas for victims of certain crimes to 30,000 from 10,000 per year while expanding eligibility to include workers who suffer serious labor violations.

In immigration courts, where Trump left a backlog of 1.3 million cases, the legislation would expand discretion for judges to review cases and grant relief, expand training for judges, improve technology and fund legal counsel for children and particularly vulnerable immigrants.

And the bill would replace the word “alien” with “noncitizen” in immigration laws, a symbolic but significant move away from a classification that immigrants have long considered dehumanizing.

Shortly after being sworn in, Biden signed a series of executive actions to expand DACA, end Trump’s 2017 travel ban targeting Muslim-majority countries, rescind Trump’s order seeking to exclude undocumented immigrants from the census, extend temporary deportation protections for Liberians and immediately pause wall construction, as well as investigate the legality of the wall funding and contracting methods. He also repealed Trump’s executive order that did away with priorities for immigration enforcement and made all immigrants targets for deportation.

Advocates called on the new administration to follow through on campaign promises not addressed in the announcements, including ending privately operated detention facilities. Detention Watch Network noted that 15,400 people currently sit in immigration detention — the lowest number since 1999. Even so, they called on Biden to ensure that figure continues to drop.

Pablo Alvarado, director of the National Day Laborer Organizing Network, said Biden shouldn’t wait to take executive action on various aspects of the reform package, such as expanding the U visa program, before Congress gets to it.