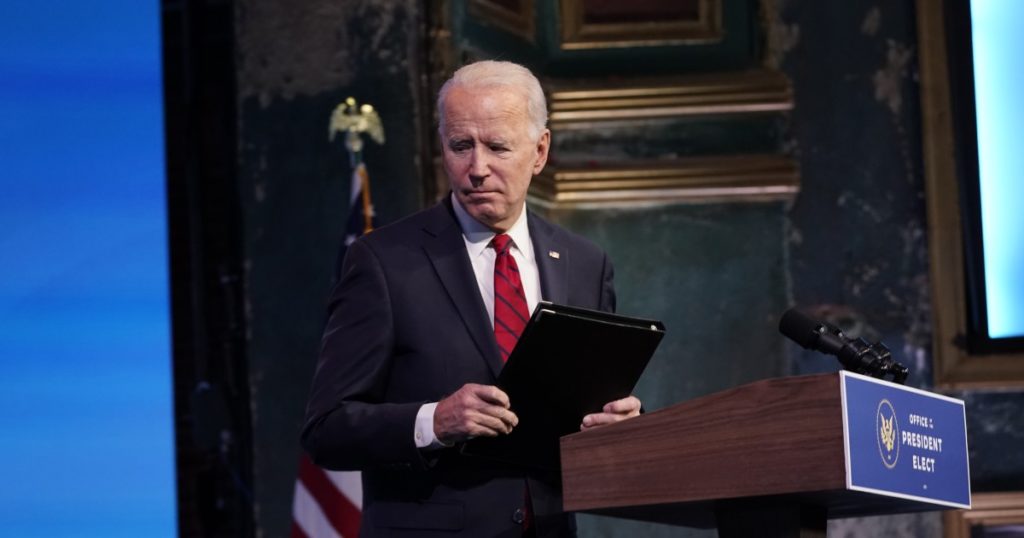 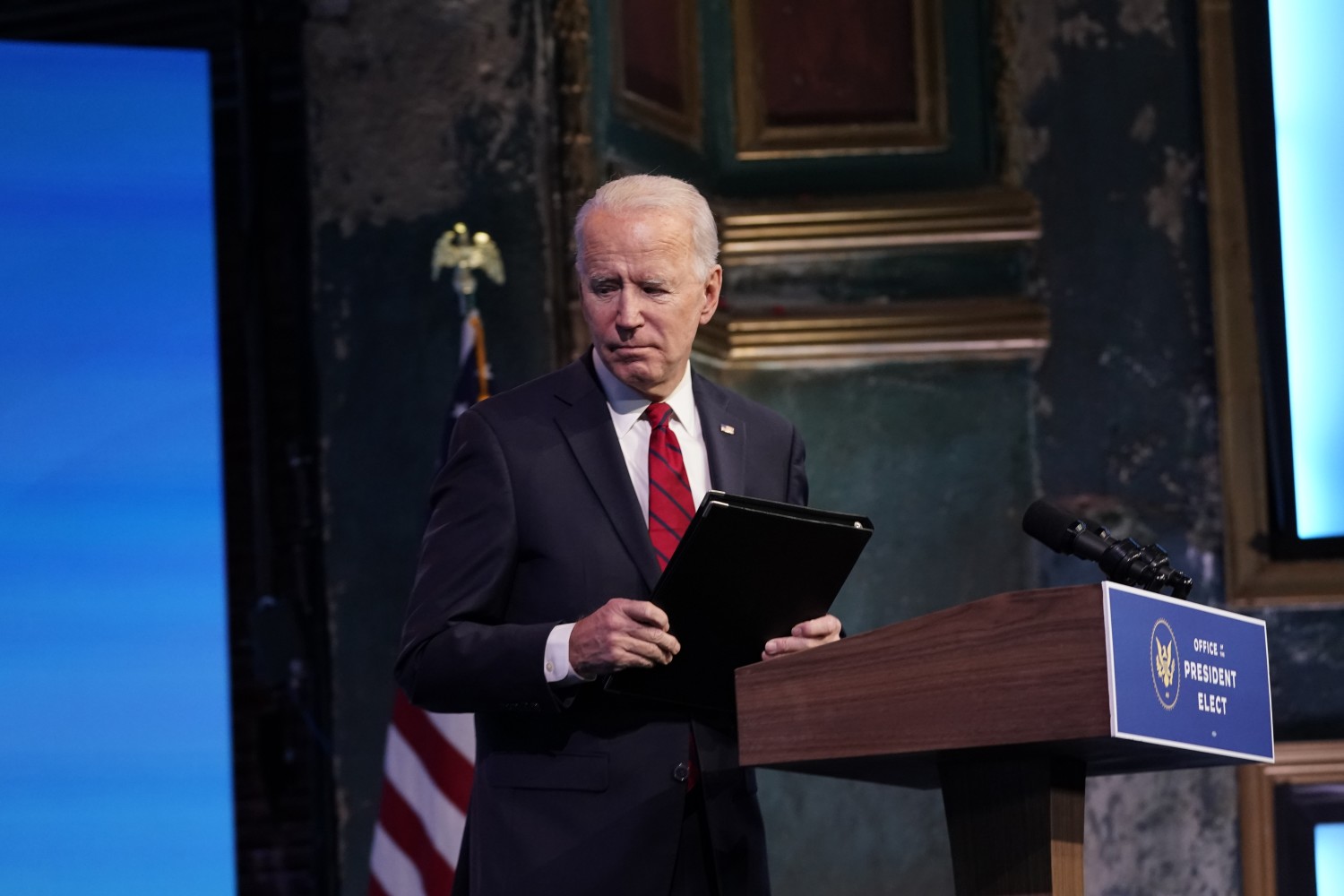 President-elect Joe Biden, inheriting responsibility for a pandemic that is unchecked and worsening after nearly a year, Friday detailed his plan to throw the weight of the federal government behind getting Americans vaccinated against COVID-19.

Biden, in a speech in Wilmington, Del., five days before his inauguration, described a sweeping initiative that includes funding for community vaccination centers and other ways to expand access to shots, invoking the Defense Production Act to increase manufacturing of vaccines and supplies.

The all-out federal effort is a departure from the Trump administration’s mostly hands-off approach, which has left it to states and localities to decide how to allocate and administer the vaccines, just as it shirked responsibility for testing Americans for the coronavirus.

“The vaccine rollout in the United States has been a dismal failure so far,” Biden said. “You have my word: We will manage the hell out of this operation.”

President Trump has bequeathed Biden a public health crisis that has been getting worse, with little attention for months from the White House. Combating the pandemic is Biden’s top priority once he is sworn in Wednesday, and he sees ending the virus’ spread as a prerequisite for reviving the economy.

With the nation’s COVID-19 death toll nearing 400,000 and a new, more infectious strain of the virus spreading, Biden said after a briefing with advisors, “Truthfully? We remain in a very dark winter.”

While much hope has been raised by the emergence of multiple vaccines, Biden warned, “Things will get worse before they get better.”

He is asking all Americans to wear masks for the first 100 days of his presidency — a probably futile call given Trump’s politicization of mask-wearing, which has left many supporters viewing it as an infringement of their freedom. He derided congressional Republicans who refused to wear masks when they were sheltering in a large group during last week’s siege of the Capitol. Biden’s Delaware colleague, Democratic Rep. Lisa Blunt Rochester, tried distributing masks, but video captured Republicans refusing to take them.

“What the hell is the matter with them? It’s time to grow up,” Biden said.

He has promised that in his first 100 days as president, 100 million vaccinations will be administered. As Biden acknowledged, that would require turning around a process that has been marked by considerable confusion, with people uncertain about who can get shots and, in some instances, vaccines going unused because of restrictions on who qualifies.

Many states, including California, have made vaccines available to people 65 and older, but others have remained focused on other smaller cohorts of priority populations, such as those over 75 and healthcare workers.

Biden said states should make more people eligible for vaccines now, including people over 65, an age group that accounts for about 80% of COVID-19 deaths. He acknowledged, however, that the vaccine supply would not yet cover that whole population.

The Trump administration has also called for opening vaccinations to more people, including those over 65, but Biden is proposing to put much more federal money into the effort: The $1.9-trillion economic and health relief plan he unveiled Thursday included more than $400 billion for the vaccine mobilization effort, including multiple avenues for increasing the number of sites where vaccines can be distributed.

“Our plan is as clear as it is bold,” Biden said. “Get more people vaccinated for free. Create more places for them to get vaccinated. Mobilize more medical teams to get shots into people’s arms. Increase supply and get it out the door as soon as possible.”

He proposed federal funding for community vaccination centers and mobile units. He promised to set up 100 federal vaccination centers by the end of his first month, and will order the Federal Emergency Management Agency to get that started on his first day in office. And he said the administration would make vaccines more available through neighborhood pharmacies. His staff estimated that 90% of Americans live within five miles of a pharmacy.

Biden is also moving more aggressively than the Trump administration to address a shortage of people available to administer the vaccine. He is proposing a public-health jobs program to shore up the underfunded and understaffed health departments of state and local governments.

He is also promising to reimburse states for using National Guard troops to help in vaccine distribution, a remarkable deployment of military force nearly a year after the pandemic first hit.