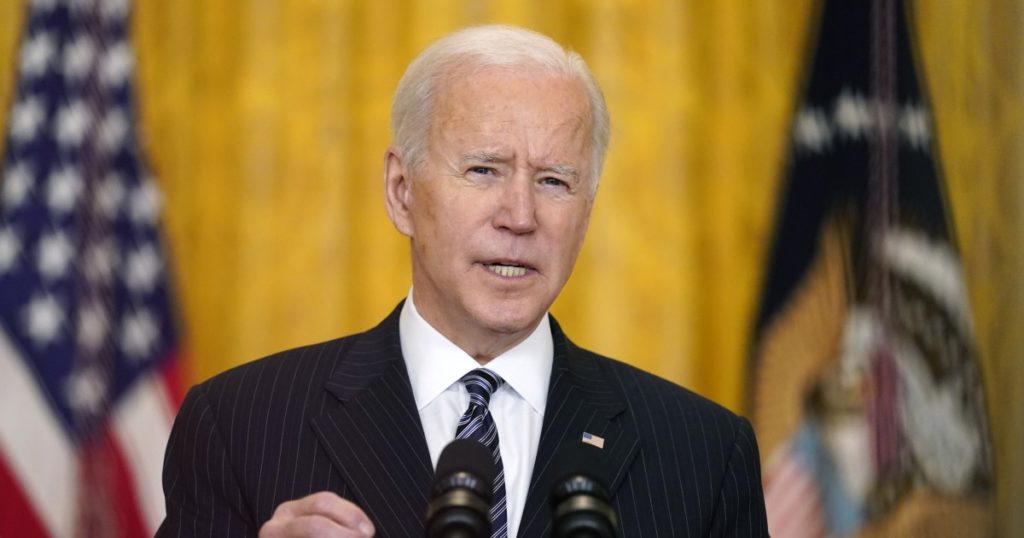 President Biden was headed to Atlanta on Friday morning on a previously planned trip that was repurposed to comfort the state’s frightened and grieving Asian American communities after this week’s shootings at three Atlanta-area spas.

The trip was originally scheduled as part of his administration’s cross-country tour to promote $1.9 trillion in COVID-19 relief, but those plans were scrapped in favor of meeting with local politicians and community leaders.

“This is a great opportunity to hear the concerns of those he serves, but also to hopefully share some ideas that may help reduce and begin to ameliorate the rise in anti-Asian hate that we’ve seen,” said Sam Park, one of several Asian American state lawmakers with whom Biden is expected to meet.

Eight people were killed on Tuesday night — six of them women of Asian descent — and a 21-year-old white man was arrested. Neither police nor the FBI have described the murders as a hate crime, and authorities say the investigation remains ongoing.

Park, a Democrat, said he appreciated how quickly Biden’s team reached out after the shootings. The following morning, he got a call from Cedric Richmond, the former congressman who leads the White House Office of Public Engagement, to offer condolences and support. Soon after, he learned that Biden was dropping plans for a political event in Georgia and arranging meetings with Asian American leaders.

“The White House and the president took such prompt action and really demonstrated that they cared,” Park said.

Asian Americans were already struggling with a wave of harassment and assaults in the year since the coronavirus began spreading from China, and the shootings ratcheted up concerns across the country. Former President Trump for the past year described the pandemic as the “China virus,” a term he used again this week during an interview on Fox News, and dismissed criticism that his rhetoric was racist and potentially dangerous.

“The fear is palpable,” Park said. He said that people tell him, “It could be me next.”

Biden was already denouncing hate crimes against Asian Americans before the shootings, most notably last week during a prime-time speech marking one year since COVID-19 was declared a global pandemic.

“At this very moment, so many of them — our fellow Americans — they’re on the frontlines of this pandemic, trying to save lives, and still — still — they are forced to live in fear for their lives just walking down streets in America,” Biden said then. “It’s wrong, it’s un-American, and it must stop.”

His itinerary for Georgia includes at least two other stops. He’s visiting the Centers for Disease Control and Prevention, which is headquartered in Atlanta, and meeting with Stacey Abrams, the Democratic activist and former Georgia state lawmaker, to discuss voting rights.