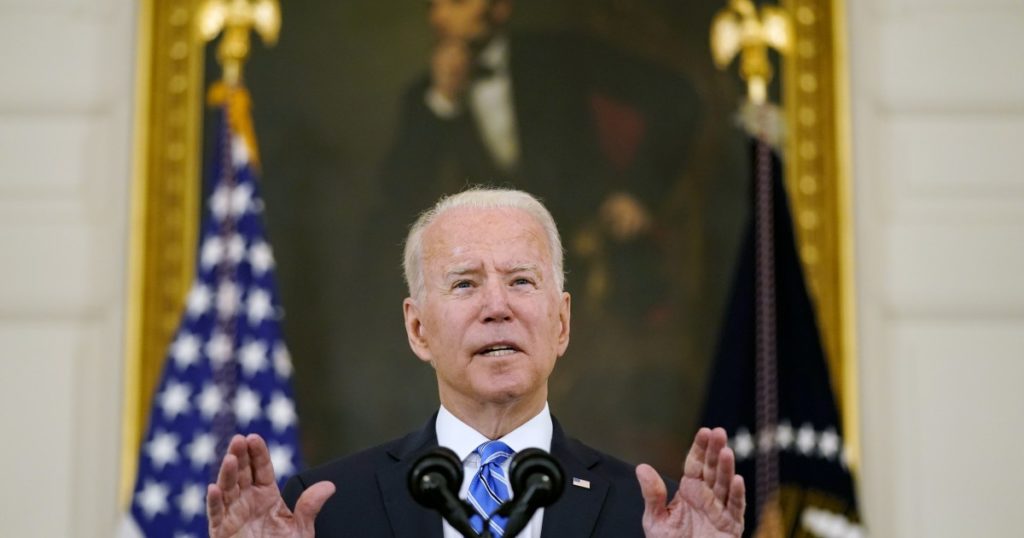 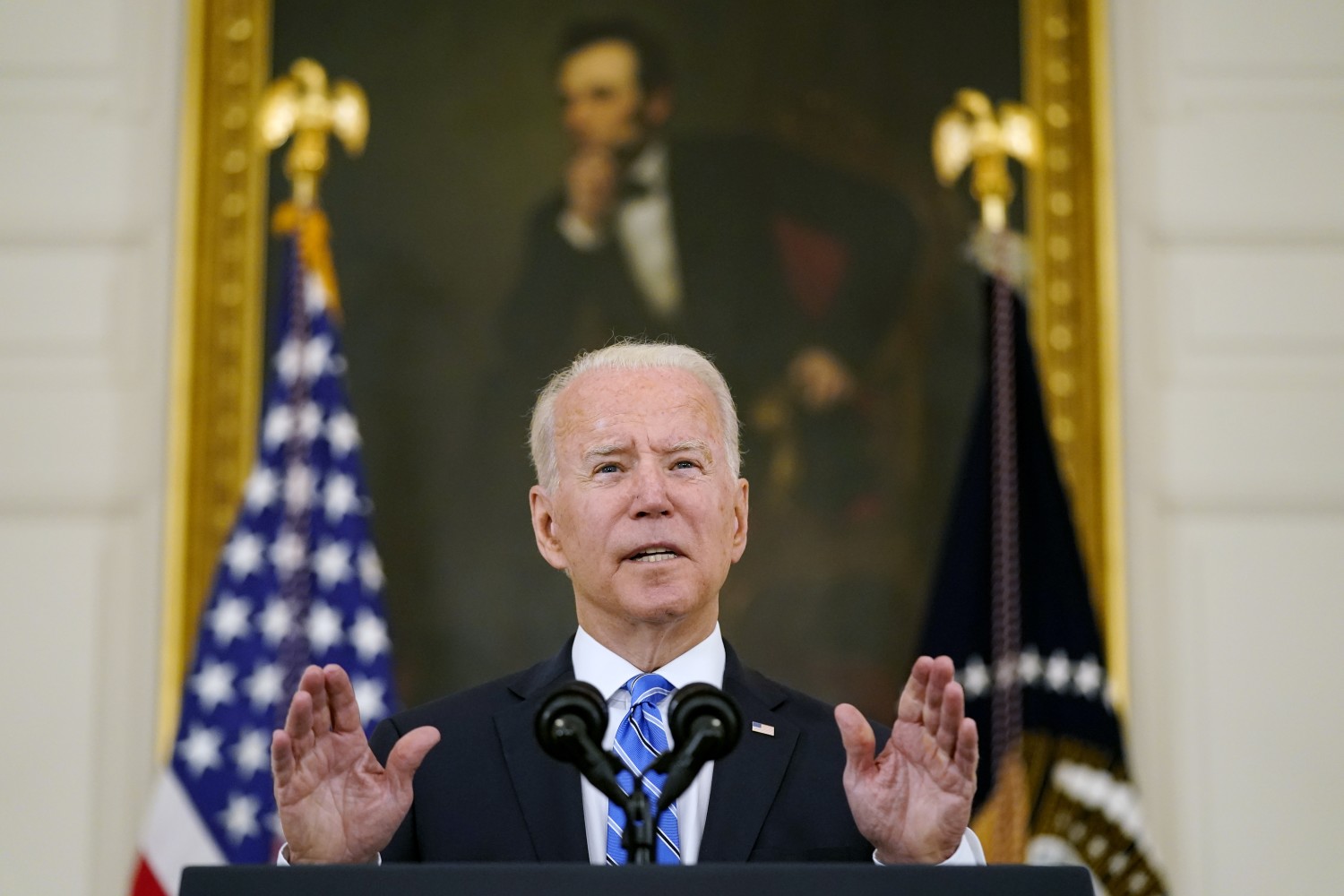 President Biden took some credit Monday for the country’s expanding economy and urged support for his two long-term infrastructure proposals, which hang in Congress’ balance this week as lawmakers battle over the details.

A day short of the six-month mark for his presidency, Biden touted the uptick in monthly job growth in that time, which included his signing a $1.9-trillion pandemic-relief law, and sought to reassure Americans that an increase in inflation would be temporary. Now, he said, both parties should support his proposed investments in the nation’s infrastructure and social safety net.

He called the roughly $4.5 trillion in proposed spending over the decade “the best strategy to create millions of jobs and lift up middle class families, and grow wages and keep prices affordable, for the long term.”

Biden argued that upgraded infrastructure would boost the economy broadly and reduce inflation over time. Expanding the temporary child tax credit that was part of his COVID-19 relief package and subsidizing preschool and community college educations, he continued, also would make the economy stronger, more equitable and more competitive globally.

“Simply put, we can’t afford not to make these investments,” the president said.

Biden separately expressed support for Democrats who want to include a provision establishing a pathway to citizenship for some groups of immigrants, including “Dreamers” brought to the U.S. as children. But he said the Senate parliamentarian would have to decide whether the proposal could be incorporated into the spending bill.

With the August recess looming, Democratic Senate Majority Leader Charles E. Schumer of New York is determined that the Senate begin advancing a bipartisan infrastructure package, though it has yet to evolve into actual legislation from the framework that 10 senators, five from each party, agreed to.

Republicans have balked at Schumer’s scheduling of an initial procedural vote on Wednesday, given that the particulars — namely, how to pay for roughy $1 trillion in spending on roads, bridges, rail lines, electric vehicle charging stations and more — are still being worked out. They pressed to scrap a provision restoring money to the IRS for tax audits and enforcement, which would have generated billions in revenue from wealthy taxpayers who owe the federal government; that forced negotiators to look for alternative sources of money.

The lead Republican negotiator, Ohio Sen. Rob Portman, said Sunday that some lawmakers are working around the clock but need more time.

“We want to get it right. So it’s not too much to ask that we have the time to do that,” Portman said on CNN’s “State of the Union.”

Biden, who will make his case Wednesday during a prime-time CNN town hall in Cincinnati, reminded his Republican negotiating partners that they’d already agreed to the broad, nearly $1-trillion framework — “We shook hands,” he repeated twice — implying that it would be their fault if the agreement fell apart.

Just as he and Schumer seek to hold together the fragile bipartisan coalition, they are also working for all 50 Democratic senators to support a second, larger bill of up to $3.5 trillion in subsidies, tax breaks and other benefits aimed at working families. Schumer is also seeking to fast-track that proposal.

The two-track approach, an attempt to notch a bipartisan achievement and simultaneously deliver on a laundry list of Democratic priorities, is fraught with political peril.

Several moderate Democrats have yet to say whether they’ll support the spending that most of their colleagues want. Every Senate Democrat must do so to pass the larger social-spending bill through a budget procedure known as reconciliation, which requires only 50 votes and thus allows the party to circumvent a Republican filibuster.

Some Republican senators have suggested that they would oppose the bipartisan infrastructure package if Democrats forced the other bill through the Senate.

Sen. Lindsey Graham of South Carolina, one of the 10 Republicans who has tentatively supported the bipartisan effort, suggested Sunday that Republicans could flee the Capitol to block a Senate vote on the larger Democratic bill — 51 lawmakers are required in the Senate to conduct business. In so doing, they’d be borrowing a tactic from Texas Democrats — members of the state Legislature — who fled Austin last week to block a vote on the Republican majority’s restrictive voting bill.

Graham said on Fox News, “To my Republican colleagues, we may learn something from our Democratic friends in Texas when it comes to avoiding a $3.5-trillion tax and spend package: Leave town.”