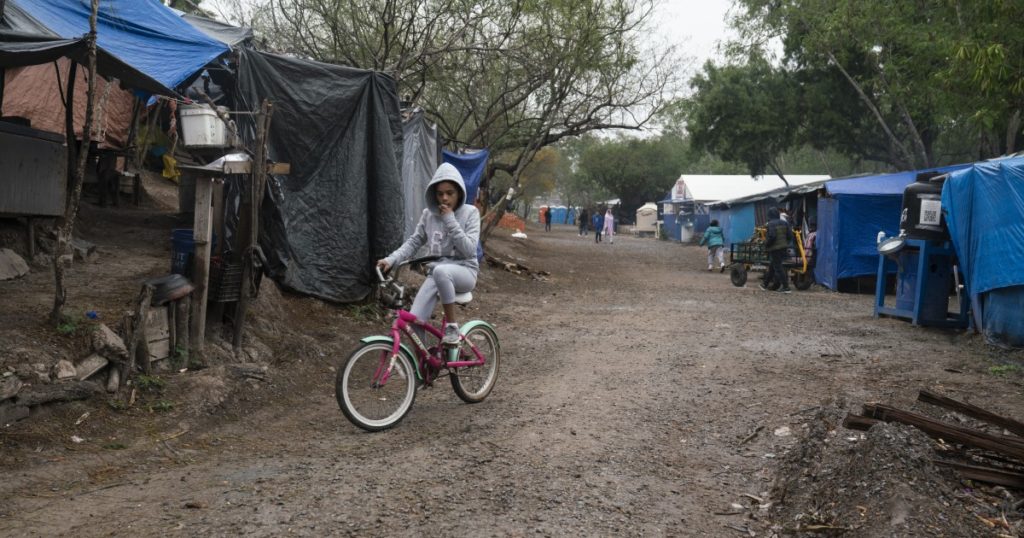 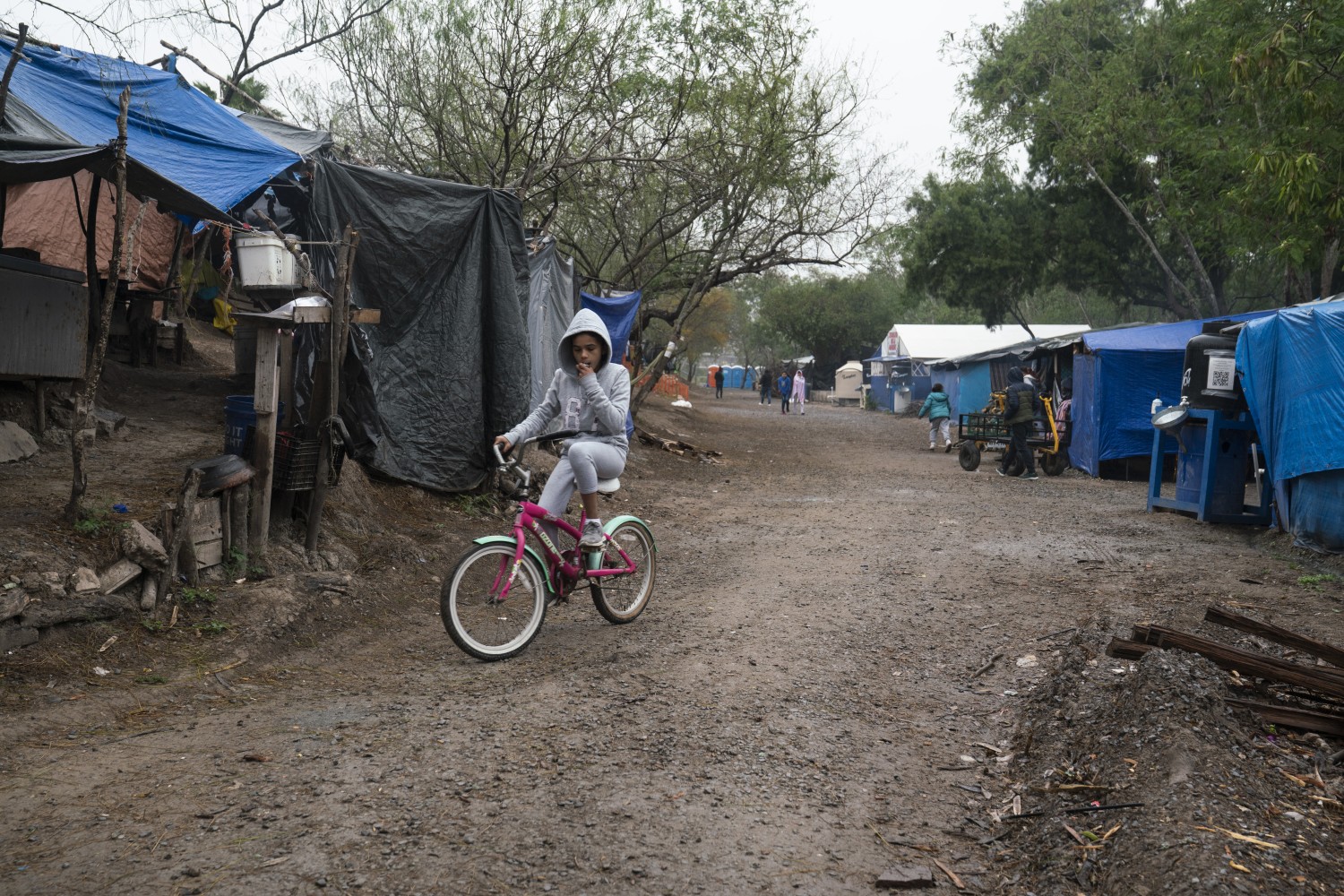 President Biden will make official on Thursday his aggressive opening salvo in a decades-long effort to reform a broken U.S. immigration system, which ground to a near-halt under his predecessor.

Democratic lawmakers are set to introduce the legislation that Biden officials touted on his first day in the White House, officials said — an ambitious bill that would offer a pathway to citizenship for an estimated 11 million immigrants in the United States without legal status.

With Democrats having a tenuous hold on both chambers of Congress, progressives have pushed the Biden administration to go “big, bold and inclusive” on immigration reform, as Rep. Linda T. Sanchez (D-Whittier) and Sen. Robert Menendez (D-N.J.), the bill’s chief sponsors, put it in a statement Wednesday.

Republicans, for their part, began to decry the bill before it was announced, a potential sign that Biden’s proposal may join the congressional graveyard of efforts before it under both Democratic and Republican administrations.

But even as they insisted that “this is not a bipartisan bill,” administration officials signaled Wednesday that they view the legislation more as an opening bid, and don’t necessarily expect it to pass with the needed Republican support in its current form.

“It is his vision of what it takes to fix the system,” one White House official said on a press call, speaking on condition of anonymity without providing a reason, “and it’s also a chance to kind of reset and restart conversations on immigration reform after the last four years.”

Sanchez will introduce the bill, named the U.S. Citizenship Act of 2021, in the House on Thursday, and Menendez, the highest-ranking Latino in Congress, will do so early next week when the Senate is in session, according to officials. Neither Sanchez nor Menendez responded to requests for comment.

White House officials offered few new details to the outline they unveiled last month, when they said the bill was sent to Congress.

Its centerpiece is an eight-year path to citizenship for the approximately 11 million immigrants in the United States without legal status, with a five-year wait for permanent legal status, often referred to as a green card, and three more years before citizenship is granted.

That eight-year total is shorter than 13 years called for in the last failed comprehensive immigration reform effort in 2013, when a bill spearheaded by the bipartisan “Gang of Eight,” including Menendez, passed the Senate but died without then-House Speaker John A. Boehner bringing it to a vote.

The legislation also offers green cards to beneficiaries of the Deferred Action for Childhood Arrivals program, or DACA, who were brought to the U.S. as children, and to thousands of people with Temporary Protected Status, or TPS, afforded humanitarian protection due to insecurity in their home countries, as of Jan. 21, 2017, according to administration officials.

Farmworkers who “can show some backward-looking work history” will also be able to “go directly” to permanent legal status, with applicants in all three categories required to pass security checks.

As Republicans denounce Biden’s efforts to roll back President Trump’s more than 1,000 measures to restrict immigration, claiming the Democrat’s early moves are causing an increase in apprehensions at the border dating to last year, White House officials have stressed that the fast track to legal status will apply only to those who were in the United States by Jan. 1.

Administration officials framed the legislation as steps to “better reflect the president’s values on immigration,” such as changing the term “alien” in the Immigration and Nationality Act, the foundation of the U.S. immigration system, to “noncitizen.” It follows a memo first reported by Buzzfeed directing Homeland Security officials to not use the dehumanizing term, common in U.S. law, in their communications.

The bill also moves to clear often decades-long backlogs for family members by exempting spouses, permanent partners, and children under age 21 from per-country caps that currently limit their numbers, and raising the limits for other family- and employment-based visas.

The legislation would increase diversity visas to 80,000 from 50,000 and prioritizes applicants who’ve been waiting more than 10 years or have advanced STEM degrees.

Certain regions in the U.S., officials said, could apply for additional visas to support economic development through a five-year program authorized by the Homeland Security Department, so long as they certify there are available jobs and no workers to fill them.

The bill would also eliminate hurdles that can keep immigrants in the United States without legal status from reentering the country for up to 10 years.

As one of his first moves in office, Biden repealed Trump’s travel ban, which targeted majority Muslim and African countries. The legislation would go further, repealing other Trump-era restrictions against asylum seekers and refugees as well as instituting measures to prevent future such bans.

The legislation would also seek to counter Trump’s targeting of asylum, officials said, by ending the one-year limit on filing asylum claims; increasing funding for Citizenship and Immigration Services to reduce a backlog that’s reached a record 1.3 million cases; providing for more immigration judges and support staff; and increasing access to legal counsel, particularly for children and other vulnerable groups.

The bill would additionally triple the number of available U visas, for victims of crime or those who aid law enforcement. As one of his last moves in office, Trump sought in September to narrow eligibility for U visas.

Notably, the Biden administration’s proposed bill doesn’t tie immigration benefits to border enforcement, as past efforts have done, in part to garner Republican support. Officials said it will instead focus resources on countering drug and human trafficking networks, bolstering transnational anti-gang task forces in Central America, and enhancing border technology, particularly at ports of entry where most smuggling occurs.

The introduction of the high-profile bill — a signal that Biden plans to make immigration reform a legislative priority even as he seeks to quickly address the COVID-19 pandemic and its economic fallout — also increases the focus on his commitment to undoing Trump’s damage to the U.S. immigration system as the president faces another early test this week.

On Friday, U.S., Mexican and United Nations officials will begin processing some of the more than 25,000 asylum seekers believed to be stuck south of the U.S.-Mexico border under a Trump policy known as “Remain in Mexico” that forced them to wait there on cases in U.S. immigration courts. The renewed processing will start at the port of entry in San Ysidro, Calif., officials told The Times. Biden had said he’d end the program but instead paused it.

Repeatedly asked about how they will get GOP support for the bill — at least 10 Republican votes are needed to pass the legislation under standing Senate rules — or whether they’d use a process known as budget reconciliation, which would potentially allow the Biden administration to push it through with only Democratic support, White House officials deflected.

One official specifically referenced the failed immigration reform effort of 2013, saying, “A number of significant compromises were made in the end to get votes.”

“We’re focused on what works,” the official continued. “What’s clear that does not work is just having a wall and not addressing the reasons why people are coming or creating legal channels for them.”

Roberto Suro, a public policy professor at USC who has followed immigration issues for decades, said a huge comprehensive immigration bill will be a “necessarily long and difficult process.”

But the strategy may ultimately fail, he said, because there simply aren’t enough votes to pass such a bill anytime soon given that other bills related to pandemic relief will probably take priority.

Suro said Biden is probably responding to Sen. Richard J. Durbin (D-Ill.) reintroducing Dream Act legislation this month that would provide a pathway to citizenship for immigrants who are in the country without legal status after they were brought to the U.S. as children.

“This is the White House signaling to the Hill, ‘We haven’t given up on comprehensive immigration reform,’” Suro said. “The question is where is the real play going to happen? Is it going to be the Dream Act — a one-shot narrow focus — or are they going to go for the whole enchilada?”

Erika Andiola of the Refugee and Immigrant Center for Education and Legal Services called the bill “a good symbolic gesture, but it’s not enough.”

“Now is the time for Democrats to use every tool at their disposal to provide protection to the immigrant community without relying on the party of Trump and without compromising on further inhumane enforcement,” Andiola said in a statement.

“We have lived through many broken promises on immigration.”