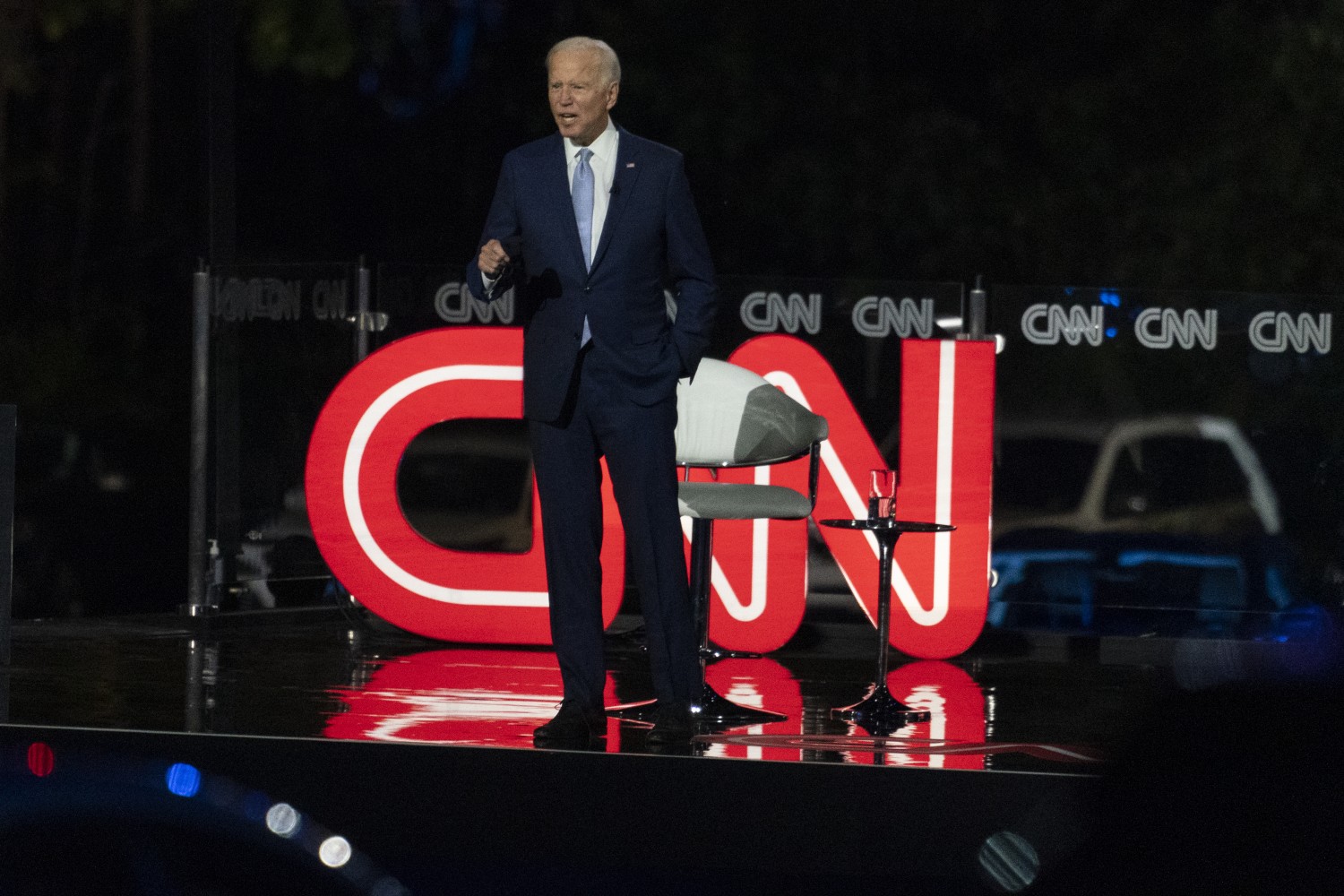 President Biden is traveling to Ohio for a nationally televised town hall with voters Wednesday evening as maneuvering over his infrastructure plans intensifies on Capitol Hill and the Delta variant spreads among unvaccinated populations.

The town hall, on CNN and moderated by anchor Don Lemon, comes at pivotal moment for Biden. His bipartisan infrastructure deal with a group of Republican senators has been bogged down in Congress as lawmakers haggle over the details of legislation to build and repair roads, bridges and water systems, expand broadband access and more, and how to pay for it all. His progress in the fight against the pandemic is threatened by the more contagious coronavirus variant.

In Cincinnati, Biden plans, first, to tour a union training center and speak about his economic agenda to create high-paying jobs, then head to Mount St. Joseph University for the town hall, which starts at 8 p.m Eastern.

In the network appearance, Biden is expected to tout the economic impact of the $1.9-trillion relief package he signed into law in March as well as address questions about his two-part infrastructure plans, consisting of the roughly $600-billion bipartisan proposal and a $3.5-trillion, multiyear budget blueprint covering Democrats’ other domestic initiatives that Republicans don’t support — including programs to assist working families, expand Medicare and promote green energy projects.

It will be Biden’s third trip to Ohio, a presidential battleground state that leans Republican, since taking office. Roughly 49% of the state’s population has received at least one dose of a COVID-19 vaccine. Although its caseload is far lower than during the peak of the pandemic in January, the state saw a spike of nearly 750 new cases Tuesday.

While Biden speaks with Ohioans, congressional negotiators will continue work on the bipartisan infrastructure plan, which hit snags Monday after Republicans rejected the idea of paying for it in part by stepping up IRS enforcement to recover revenues from wealthy tax evaders.

“We believe that not only is this achievable, we owe it to the families in red states and blue states who have waited so long for the improvements to their lives for this to have an impact,” White House press secretary Jen Psaki said at a Tuesday briefing.

The bipartisan plan needs at least 10 Republican votes to pass in the Senate. But Democrats there plan to move the broader package under a special budget procedure that would block a Republican filibuster and require no GOP votes if all 50 Democrats support the legislation — a prospect still in doubt.

Senate Republicans on Wednesday blocked the motion from Senate Majority Leader Charles E. Schumer (D-N.Y.) to begin debate on the infrastructure plan even as negotiations continued. Sen. Rob Portman of Ohio, one of the Republican negotiators, said earlier that Republicans would commit to starting debate at the beginning of next week.

“Today we’re not going to be able to support moving forward,” Portman said on CNBC. “We just want time to get it right. It’s too important for us to rush a vote for an arbitrary deadline.”