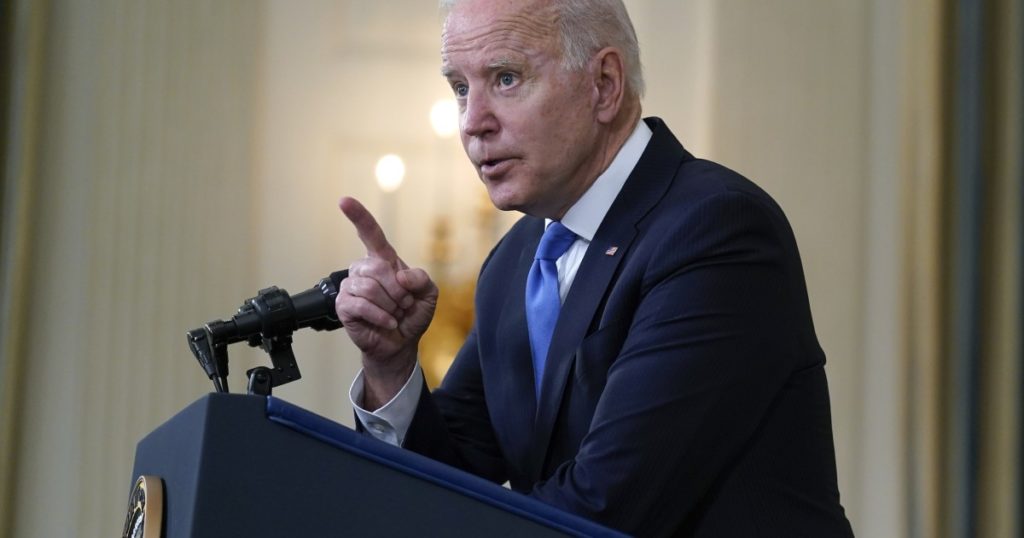 The Biden administration will support a waiver for intellectual property protections on COVID-19 vaccines, the U.S. trade representative said Wednesday, a long-awaited step that could help developing countries speed up vaccinations against COVID-19.

The proposal, which has been stalled by the United States and European Union for months at the World Trade Organization, would allow more nations to produce COVID-19 vaccines without legal consequences.

The announcement comes as India, a key vaccine supplier for dozens of developing countries, has all but halted its exports in order to beat back its own surge of infections, causing drastic shortages across Africa and elsewhere.

“The Administration’s aim is to get as many safe and effective vaccines to as many people as fast as possible,” U.S. Trade Representative Katherine Tai said in a statement. “The Administration believes strongly in intellectual property protections, but in service of ending this pandemic, supports the waiver of those protections for COVID-19 vaccines.”

The director-general of the World Health Organization called it a “historic decision,” and public health experts lauded the news. Still, they emphasized that suspending patent rules would only be the first step toward accelerating vaccine rollouts. Manufacturers around the world must also receive technology transfers, which would equip them with in-depth training on each step of production.

Without those and other collaborative measures, developing countries would essentially need to reverse engineer the vaccine formulas, which could cause major delays.

“It’s time for the administration to lead an all-hands-on-deck effort to translate this first step into real, practical impact,” said Rachel Silverman, a vaccine financing expert at the Center for Global Development, a Washington-based think tank.

News of the Biden administration’s support for the waiver comes days after The Times reported on a little-known WHO program that had been designed to increase COVID-19 vaccine production for developing nations.

That effort, called the COVID-19 Technology Access Pool, was launched in May 2020 and was endorsed by 40 countries. It ultimately fell flat because Moderna, Pfizer-BioNTech and other vaccine developers refused to participate. The United States also snubbed the program.

While the U.S. support for a waiver is “a remarkable shift,” Kavanagh said, leaders must also back tech transfers and finance the expansion of global production lines “so factories around the world can start producing vaccines for their populations immediately,” he added.

Time is of the essence, as several countries endure massive surges in coronavirus infections and face the threat of new variants that could overcome our best defenses.

About 11 billion doses of vaccine are needed to inoculate the world, but just over 1 billion have been administered. Only about 0.2% of doses have gone to people in low-income nations.

“The U.S. said it’ll take time to negotiate the text” of the waiver, Lawrence Gostin, the director of the WHO’s Collaborating Center on National and Global Health Law, wrote on Wednesday. “But time isn’t on our side.”