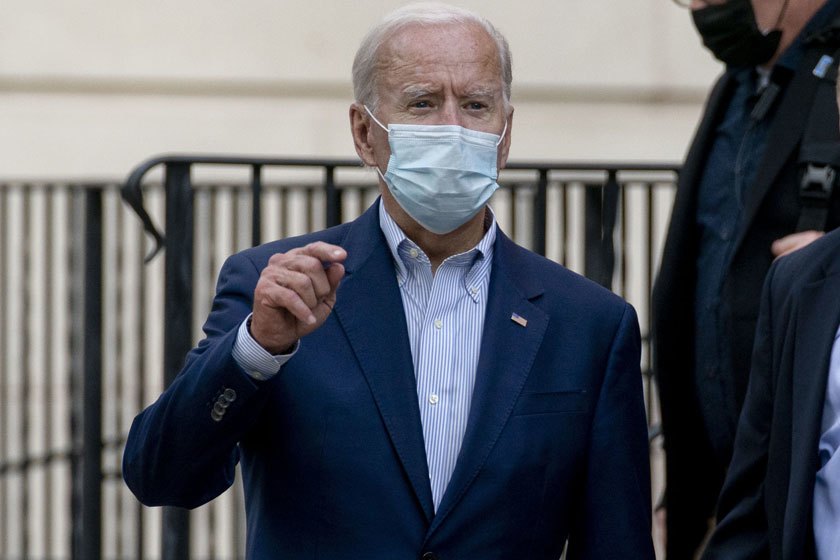 President Biden has asked the Department of Education to study whether he can unilaterally forgive federally held student loan debt, raising hopes for roughly 45 million Americans who collectively owe $1.7 trillion.

But whether relief will come is still unclear.

Last year, both the Trump administration and Congress temporarily halted collection from certain student loan borrowers in response to the COVID-19 pandemic. Biden instructed the Education Department to extend that relief.

It’s prompted renewed calls from some progressives to have the federal government forgive student loan debt. Backed by Senate Majority Leader Charles E. Schumer (D-N.Y.), they want Congress or the president to forgive up to $50,000 in student loan debt per borrower.

Biden indicated during the presidential campaign that he is open to the idea, though at a much lower amount.

Where do things stand right now?

At a CNN town hall in February, Biden questioned whether he has the legal authority to write off the level of debt Congress is pushing for. On the same subject : The significance of 'Amazing Grace' at Biden's inauguration. He has stressed that he prefers Congress pass legislation.

Still, on April 1, he asked Education Secretary Miguel Cardona to research and draft a legal memo examining whether it’s within the president’s powers to cancel $50,000 in student loan debt. There’s no deadline for Cardona to present his findings.

If the department says Biden can act alone, he could sign an executive order instructing the Education Department to forgive the debt.

If the department says Biden cannot act alone, Congress could pass legislation forgiving student loan debt, and the White House has said Biden would gladly sign it. But Democrats hold slim margins in the House and Senate, and the issue tends to be politically unpopular with Republican lawmakers. So unless 10 Republican senators are willing to jump in to help Democrats defeat a potential filibuster, it’s unlikely this Congress can successfully forgive student loan debt.

See the article :
FDA vows menthol cigarette ban, which could save Black lives
The Food and Drug Administration on Thursday announced it would move to…

Under what authority would Biden forgive this debt?

That’s what the president is waiting for Cardona to answer. On the same subject : Trump blasts impeachment, defends remarks before Capitol riot.

Advocates point to a provision in the Higher Education Act of 1965 that, they argue, provides broad authority to the president, through the secretary of Education, to “modify, compromise, waive, or release student loans.”

Others point to the Higher Education Relief Opportunities for Students, or HEROES, Act of 2003, which allows the secretary to waive or modify certain loan programs to ensure that people harmed during a presidentially declared national emergency “are not placed in a worse position financially.”

The Trump administration relied on that act to justify reducing student loan interest to 0% and deferring payments for the weeks before Congress passed the CARES Act, which explicitly told the Education Department to stop collecting payments on certain federally held student loans through September, to not charge interest during that time and to stop trying to collect payments from people already behind on their loans. The administration again pointed to the HEROES Act to continue not collecting payments once the authority from Congress ended.

In the past, the HEROES Act has been used narrowly and applied to active duty service members or to people affected by a natural disaster like a fire or flood, rather than broadly to the entire population.

Two days before Trump left office in January, Department of Education attorneys issued a legal memo to former Secretary DeVos arguing that mass student loan forgiveness would exceed what Congress intended when it enacted the Higher Education Act and the HEROES Act.

This may interest you :
California far-right activists among those charged in Capitol riot
The four Southern Californians charged so far with joining the violent assault…

What would forgiving student loan debt mean for the economy?

About 45 million Americans hold student loan debt, worth a combined $1.7 trillion. Most is federal student loans. This may interest you : A pivotal moment for Newsom in his State of the State address. Just under $200 billion is private student loans.

Advocates argue that is keeping young people from buying homes and starting families until later in life.

This may interest you :
U.S. troops are leaving Afghanistan, but Al Qaeda remains
In a hidden corner of Hamid Karzai International Airport, half a dozen…

What would it mean for me?

If Biden forgave $10,000, that means 15.3 million Americans — 33.6% of all borrowers — would have their debt entirely wiped out, according to the Department of Education’s office of Federal Student Aid data from the last quarter of the 2020 federal fiscal year. In total, $75 billion in debt would be forgiven.

Just over 4 million Californians owed federal or private student loan debt in 2020, with an average debt load of $36,800, according to the New York Fed’s Consumer Credit Panel.

Data also show that those most likely to default are people who took out money for college, usually less than $10,000, and then weren’t able to complete a degree but still must pay the money back without a higher-earning job. This could be why Biden jumped at the $10,000 figure.

According to the Federal Reserve, 37% of adults with outstanding college student loans who did not complete an associate degree are behind on their payments and are most likely to default.

It seems counterintuitive, but the default rate actually drops as borrowing increases, because those who borrow the most from the federal government tend to be working on graduate degrees and go on to land higher-paying jobs.

If Biden does forgive student loan debt, you won’t have to worry about next year’s tax bill. Congress preemptively made student loan forgiveness tax free in the most recent COVID-19 economic stimulus bill.

The government doesn’t have authority over private student loans. That estimated $119 billion in debt could not be forgiven by Congress or by an executive order.