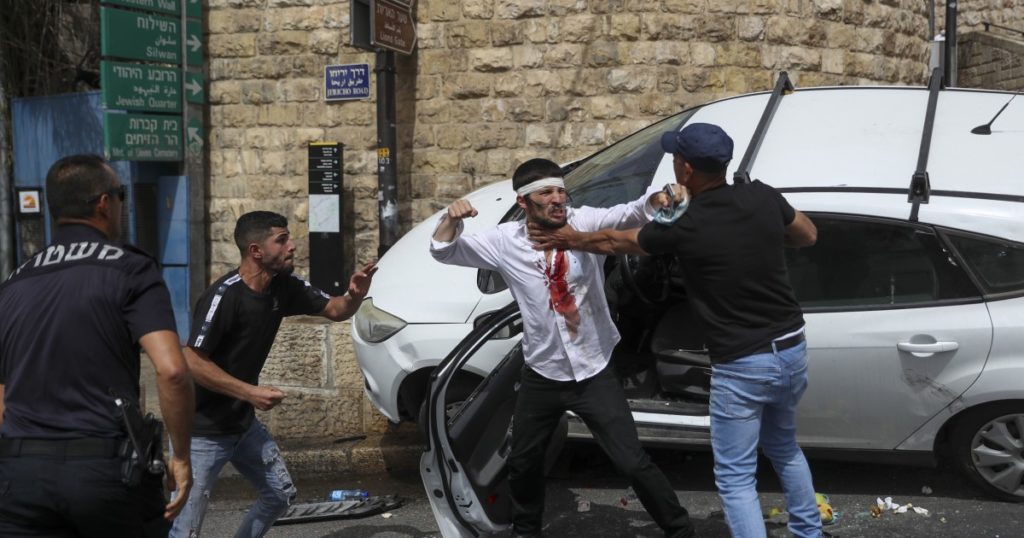 After four years of former President Trump’s refusal to condemn or even mildly critique any Israeli act, the Biden administration faces soaring Israeli-Palestinian violence equipped with fewer options to deescalate tensions than at any time in recent history.

Trump gave carte blanche to the Israeli government of Prime Minister Benjamin Netanyahu and its right-wing nationalist supporters while sidelining and punishing the Palestinians. That policy has diminished Washington’s ability to influence either side, at least for now, in part because the Palestinians are wary, and in part because after Trump, any pushback by President Biden will be seen in some circles as an attack on Israel.

In recent days, the White House and State Department have expressed “serious concerns” about Israeli plans to evict several hundred Palestinians from their homes in East Jerusalem to make way for far-right Jewish settlers. “As we have consistently said, it is critical to avoid steps that exacerbate tensions or take us farther away from peace,” one statement said. “This includes evictions in East Jerusalem, settlement activity, home demolitions and acts of terrorism.”

They added that a Hamas barrage of rockets fired into Israel was “unacceptable” which they condemned in “the strongest terms.”

A volley of rockets

On Tuesday, the confrontation escalated, with Hamas militants launching steady volleys of rockets into Israel, including some that targeted Tel Aviv. Israel stepped up its battering of the Gaza Strip with continued air strikes sending missiles into buildings and other targets. To see also : 2020 election brings most women of color ever to 2021 Congress. Secretary of State Antony J. Blinken telephoned his Israeli counterpart, Gabi Ashkenazi, to urge de-escalation.

The Biden administration’s public language has remained relatively mild and has not address what Palestinians say was excessive force used by Israeli police firing on the Al Aqsa mosque, the third holiest site in Islam, during Ramadan prayers late last week and over the weekend. Israel also restricted Palestinian access to the hilltop site , further inflaming tensions, and has apparently allowed extremist Israeli settlers who attacked Palestinians free reign, according to Israel and Palestinian activists.

Trump’s support emboldened Israel in its plans for de facto annexation of large parts of the West Bank, “once creeping, now galloping,” as the Jerusalem Post put it. Palestinians claim the West Bank as a future independent state, but Israel has moved tens of thousands of Israelis into settlements that chop the territory into largely disconnected enclaves. 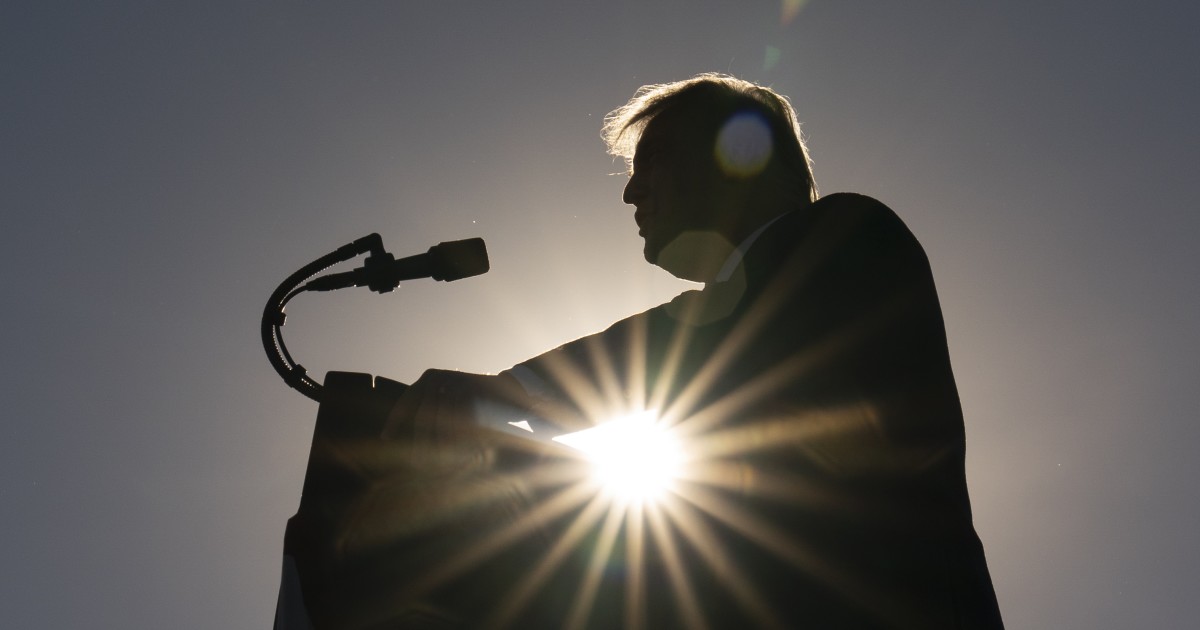 On the same subject :
Heffernan: Is it a coup, or just Trump smashing more norms?
The two approaches to President Trump’s janky effort at a coup are…

Jerusalem has always been the most volatile potential flashpoint. Israelis and Palestinians both claim the holy city as their capital. Trump, breaking with decades of U. To see also : RNC donates quarter-million dollars in support of Newsom recall.S. policy, formally recognized it as Israel’s capital in 2017. The new plan to evict Palestinians from the Jerusalem neighborhood of Sheikh Jarrah goes beyond just building housing for Jews but also dispossesses Palestinian residents.

“You change the status of U.S. policy on Jerusalem, you change the nature of the relationship and dialogue with one of the parties, you leave a legacy,” said Daniel Kurtzer, who served as ambassador to Israel and to Egypt under Democratic and Republican administrations. “They have not wanted to deal with this issue, and now the issue is back to bite them.”

Biden pointedly placed the intractable conflict low on his foreign-crisis to-do list when he came into office, and there is a host of reasons Biden is treading carefully, analysts say. He doesn’t want to pick a fight with Netanyahu at a time Biden is trying to negotiate reentry into the Iran nuclear deal, which Israel adamantly opposes.

Biden must navigate between progressives in the Democratic Party who tend to favor more rights for Palestinians, and traditionalists are more pro-Israel. Biden must also consider the Democrats’ very narrow majority in Congress — any steps seen as anti-Israel provide Republicans with another club with which to bash the president and the party. Plus, his domestic-policy agenda is already crowded with enormous challenges, from the COVID-19 pandemic and racial disparities, to the economy and infrastructure.

U.S. officials have reinitiated contacts with the Palestinians, but it will require time to reestablish trust eroded during the Trump years, diplomats said.

Although clashes between Israelis and Palestinians have ebbed and flowed over the years, the current surge threatens to escalate significantly without more decisive U.S. leadership. This week has seen the most lethal violence in years: more than 25 Palestinians killed in Gaza and hundreds wounded by Israeli police in Jerusalem, and two Israelis killed in a barrage of some 250 rockets fired by Hamas into Israel and dozens of Israeli police and others hurt in clashes. 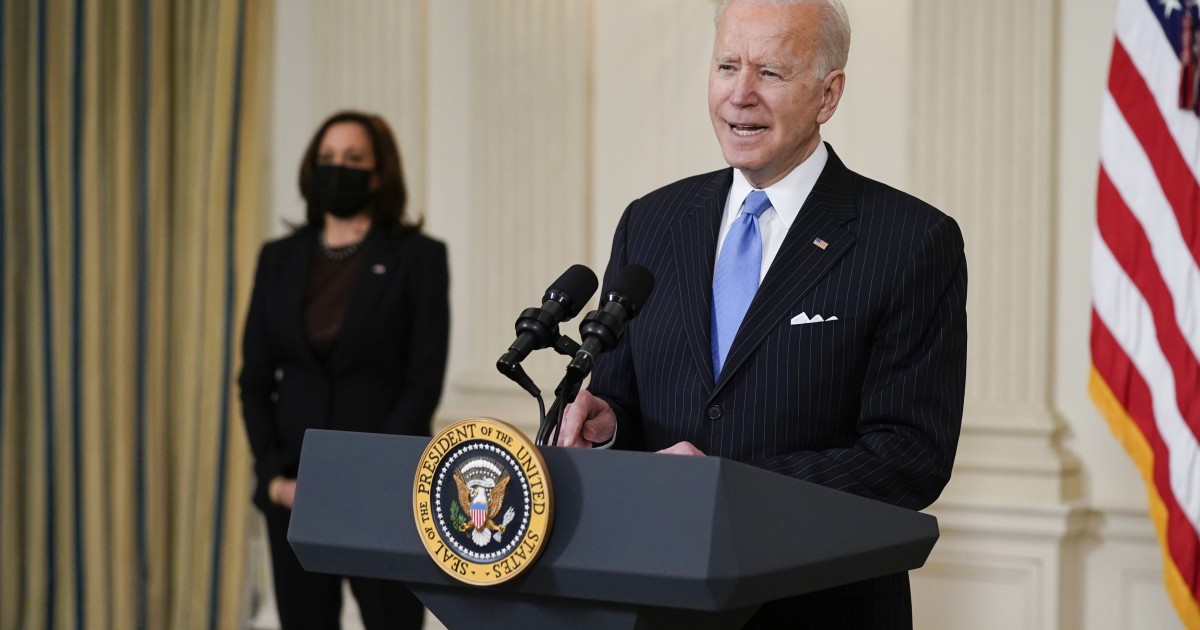 On the same subject :
Biden says all Americans can get COVID vaccines by May
President Biden said Tuesday that the United States would have enough COVID-19…

More than 100 days in office, Biden has yet to name a U. Read also : Quiet jockeying to fill Nancy Pelosi’s seat even before reelection.S. ambassador for Israel, and veteran diplomat Barbara Leaf has been nominated to become assistant secretary of State for the Middle East but has not yet had a confirmation hearing.

Perhaps more important, Trump dismantled the U.S Consulate in Jerusalem that catered to Palestinians and rolled back most aid programs, depriving Biden administration officials of “voices and eyes on the ground” to communicate with Palestinians and gather intelligence, said Ilan Goldenberg, a Middle East expert at the Center for a New American Security in Washington. “They’ve lost those points of impact and influence,” he said.

Leadership is also absent on the ground. Israel is struggling to form a government following four inconclusive elections in two years, and Netanyahu is on trial for corruption. The Palestinian Authority’s sclerotic and divided leadership has failed to hold any elections in decades.

U.S. administration officials insist they are engaged. Biden’s national security advisor Jake Sullivan spoke to his Israeli counterpart, Meir Ben-Shabbat, over the weekend. Israeli media reported that Sullivan’s tone was stern and Ben-Shabbat took umbrage at U.S. interference. But there were signs Sullivan had some success. Israel’s Supreme Court postponed a ruling on the evictions, and Netanyahu changed the route of a potentially provocative march by religious nationalists through the Muslim quarter of the Old City.

All that was before Hamas began bombarding southern Israel with rockets, and Israel responded with air strikes over the desolate Gaza Strip. Israel said three Hamas militants were among the dead; Palestinian officials said the dead included nine children. A Hamas role further complicates any diplomatic efforts because the U.S. lists the militant Islamic group as a terrorist organization.

The Palestine News Agency WAFA reported Tuesday that Palestinian President Mahmoud Abbas received a letter from Biden discussing the crisis and U.S.-Palestinian relations. No further details were reported, and the State Department declined to comment.

“Our priority is on restoring calm,” State Department spokesman Ned Price told reporters. “Our priority over the longer term may move towards playing some sort of mediating role between Israelis and Palestinians. But given circumstances on the ground right now, and even before this current flare-up, we’re just not in a position, I think, to see meaningful progress, and our policy has recognized that.”

Price acknowledged the possibility of further escalation. “It is why we have been so ardent and so proactive in our outreach to Israeli leaders and Palestinian leaders and also in our public statements,” he said. “We are doing everything we can.”

Meanwhile, the U.S. declined to sign a draft document by the United Nations Security Council condemning activities in Israel and Palestinian territories, saying it needed more time to consider the statement, diplomats said. 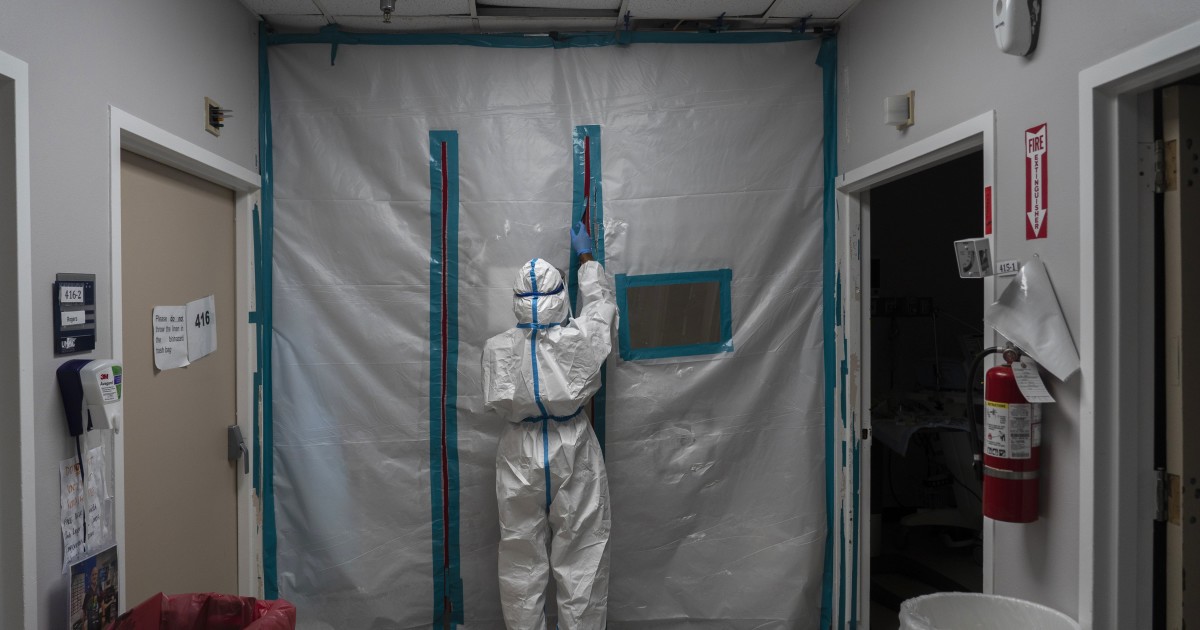