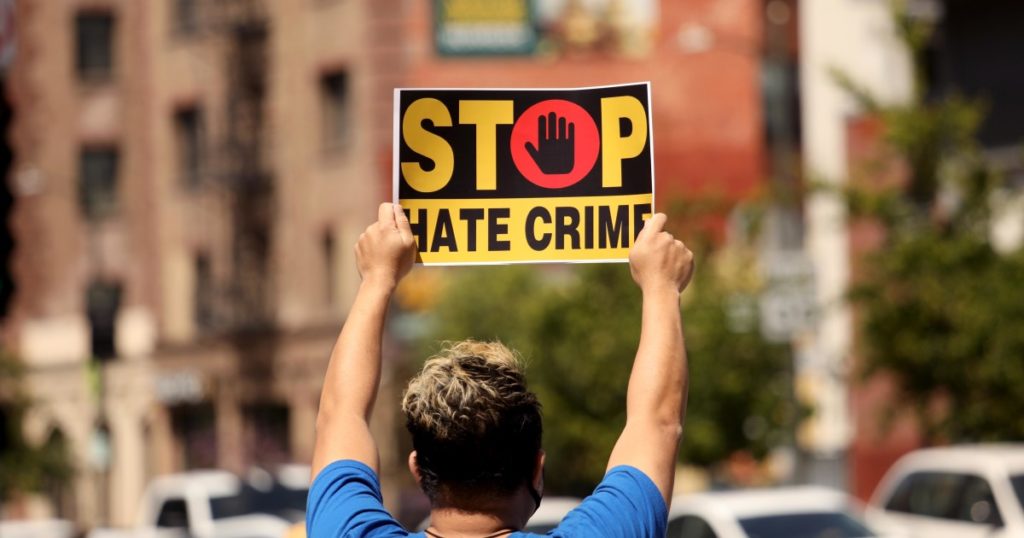 Responding to the surge of attacks on Asian Americans during the coronavirus crisis, President Biden on Thursday signed legislation intended to bolster federal and local investigations into hate crimes based on victims’ race or ethnicity.

The new law, which the House and Senate passed with bipartisan support, gained momentum in March after a shooting rampage at Atlanta-area spas killed six women of Asian descent. That crime drew attention to other violent assaults on Asian Americans around the country and to widespread reports of racial slurs and discrimination, problems that worsened during the global coronavirus pandemic originated in China.

Under the new law, the Justice Department is to increase its focus on hate crimes by designating a point person to review incidents for potential prosecution. The federal government will also help develop a database to make it easier for people to report discrimination and attacks, and it will work with local officials to conduct public education campaigns about preventing and reporting hate crimes.

“I believe with every fiber of my being that there are simple core values and beliefs that should bring us together as Americans,” Biden said during a White House ceremony attended by lawmakers of both parties and Asian American advocates. “One of them is standing together against hate, against racism — the ugly poison that has long haunted and plagued our nation.”

“Every time we’re silent,” he added, “every time we let hate flourish, we make a lie of who we are as a nation.”

The legislation was passed 94 to 1 in the Senate last month and 364 to 62 in the House on Tuesday. It was introduced by Sen. Mazie Hirono (D-Hawaii) and Rep. Grace Meng (D-N.Y.), both Asian Americans.

Rep. Judy Chu (D-Monterey Park), the chair of the Congressional Asian Pacific American Caucus who attended the White House event, said people of Asian descent have been experiencing “fear, anxiety and terror” over the last year, and that she expects the new law will increase law enforcement’s focus on hate crimes.

“We’re expecting that there will be more timely of prosecutions of these crimes,” she said in an interview.

Biden’s support for the legislation represents another shift from his predecessor, former President Trump, who routinely called COVID-19 the “China virus” and occasionally used racist language like “kung flu” to describe the pandemic, even after he was made aware of attacks on Asian Americans.

Russell Jeung, a professor of Asian American studies at San Francisco State University and a co-founder of the group Stop AAPI Hate, said the government also needs to take a broader look at racist acts.

“The overwhelming majority of our incidents aren’t hate crimes,” he said, referring to the discrimination and bullying faced by some people of Asian descent. “So we’re hoping this is really just a first step to address the root causes of racism and develop longterm solutions.”

After the Atlanta shootings, Biden modified his previously scheduled trip to the city to add a meeting with Asian American leaders there, and he denounced hate crimes in a speech at Emory University.

“Our silence is complicity,” he said at the time. “We cannot be complicit. We have to speak out.”

On Thursday, Biden described the meeting in Atlanta as “raw and emotional.”

“We heard how too many Asian Americans have been waking up this past year genuinely fearing for their safety, just opening the door and walking down the street,” he said.