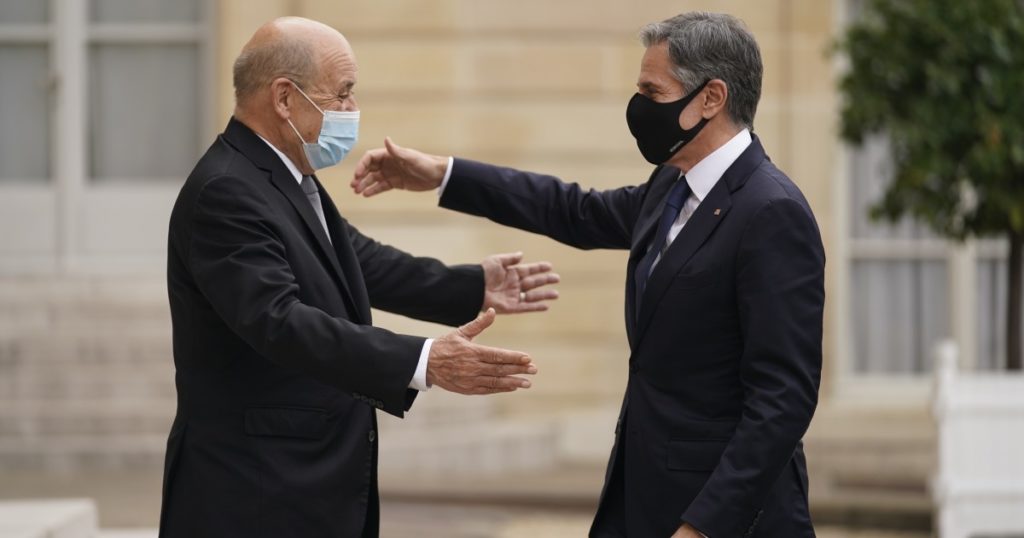 Secretary of State Antony J. Blinken seemed to revel in the reception he got in Europe this last month, embraced by officials effusive about his “America is back” message — and perhaps happy simply that he wasn’t as scornful as his predecessor, Michael R. Pompeo.

Blinken’s stated mission was to revitalize U.S.-European ties, following up on a similar trip by President Biden — and allies were eager to accommodate after four years of Trump-era isolationism.

But out of the public eye, Blinken had a more difficult task: galvanizing a united front against the power that Washington now sees as the Western world’s greatest threat, China.

“The common denominator that we’ve been discussing with all of our European partners … is that whether [the relationship with Beijing is] adversarial, whether it’s competitive, whether it’s cooperative, we’re much better off engaging China together than we are alone,” Blinken told an interviewer in Rome. “And I think you’ve seen that in the G-7 meeting, in the NATO meeting, in the U.S.-European Union meeting, there is increasingly convergence on engaging with China together from a common position.”

The Biden administration wants to move Europe’s economic and trade reliance away from China while shifting NATO’s strategic security underpinnings toward a greater focus on China, even perhaps over Russia.

It was the message administration officials stressed in June meetings with the Group of 7 wealthiest democracies in Cornwall, England, and with leaders from the North Atlantic Treaty Organization and the European Union in Brussels. Blinken drove the points home in a second trip to Berlin, Paris, Rome and Matera, Italy, at the end of the month.

“Russia keeps us on our toes regionally,” German Defense Minister Annegret Kramp-Karrenbauer said after Blinken’s visit. “But when it comes to the future shaping of the world order, China is definitely a systemic challenge.”

Other Europeans, however, are reluctant to focus their security concerns on China instead of Russia. And many do not share sufficient common ground with the U.S. on China to make a united front against Beijing the basis for improved transatlantic ties.

“It is a puzzle to me why we need China to rebuild the transatlantic relationship,” said Susan Thornton, a veteran China expert and former acting secretary of State for East Asia. Members of the administration may be looking to Europe to help replace the leverage that the U.S. no longer has with Beijing, she said, but “they don’t see China as an existential threat” nor even as the same level of danger that the U.S. does.

“They do not share the same angst about who’s on top; it’s not what drives them,” Thornton, now a senior fellow at Yale, said in an interview. “There’s a pretty big disconnect.”

Washington views China as a threat because its economy is outpacing that of the U.S., it ruthlessly expands its economic and technological dominance worldwide, and it relentlessly represses Muslim, Tibetan and other minorities within national borders in an effort to erase ethnic or religious identities seen as less loyal to the ruling Communist Party.

Some in the U.S. also remain suspicious of China’s early role in the spread of the COVID-19 virus, believing Communist officials attempted to hide the seriousness of the disease and stymied investigations into its origins.

At the NATO summit June 14, with both Biden and Blinken in attendance, U.S. officials persuaded member states to agree on adding China to a final statement for the first time, stating its “growing influence and international policies can present challenges that we need to address together as an Alliance.”

Yet that is also emerging as another point of contention, current and former administration officials say. Few nations want to be as public about standing up to China as the Biden administration seems to be eager to do.

Biden and Blinken have framed the confrontation with China as autocracy versus democracy. But many in Europe have a more nuanced, issue-specific evaluation of Beijing.

The U.S. call to cooperate on China is “a politically controversial quest from the European perspective,” said Rosa Balfour, director of Carnegie Europe, a Brussels-based think tank.

“Deconstructing the challenges posed by China will help EU member states deal with specific issues” such as climate change or cybersecurity “rather than accept the overarching narrative of democracy versus authoritarianism that the Biden administration is embracing,” Balfour wrote in an analysis for her institute.

Blinken also hoped to persuade European allies to take on larger roles in the Indo-Pacific, where the U.S. wants to take action to counter China’s military and economic expansion in the region. European nations may, however, balk at the expense.

There are inherent contradictions in recruiting European countries to stand up to China’s economic coercion. Many, like Germany, have deep trade and business ties that they are loathe to cancel.

Blinken repeatedly attempted to reassure allies that the administration’s goal is not to “contain” China but to provide alternatives that help preserve a “rules-based,” free international order.

China, on the way to becoming the world’s largest economy, has expanded its reach worldwide, deep into Africa and Latin America through its Belt and Road program that builds roads, ports and other infrastructure in dozens of countries but often under harsh terms that leave those governments crushed by debt or forced to sell off assets to Beijing.

However intense the private conversations Blinken had about China in Europe these last days might have been — and they probably were not very contentious at the end of the day — the public interactions were warm and friendly.

The Italian foreign minister, Luigi Di Maio, was “Luigi,” and Blinken was “Tony” in formal comments, the usual honorific titles dropped. The foreign minister of France, Jean-Yves Le Drian, called him “My dear Tony,” and Blinken delivered an hourlong talk at the U.S. Embassy in Paris in polished French, a reflection of having spent much of his childhood and high school years living in the French capital.

“The Europeans are so happy that Trump is gone, they want to be helpful,” Thornton said, “but for them, [China represents] a different problem set. The interests are not the same.”