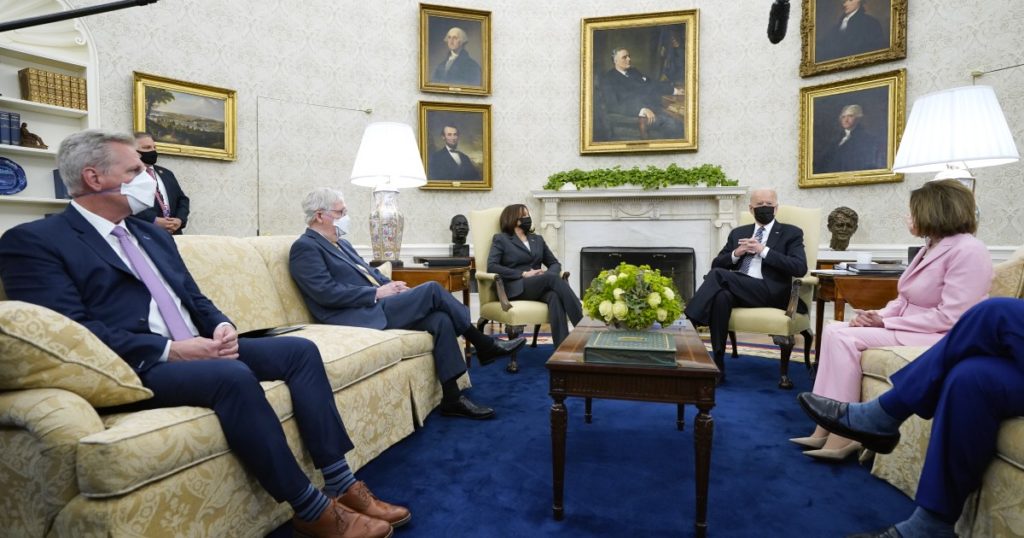 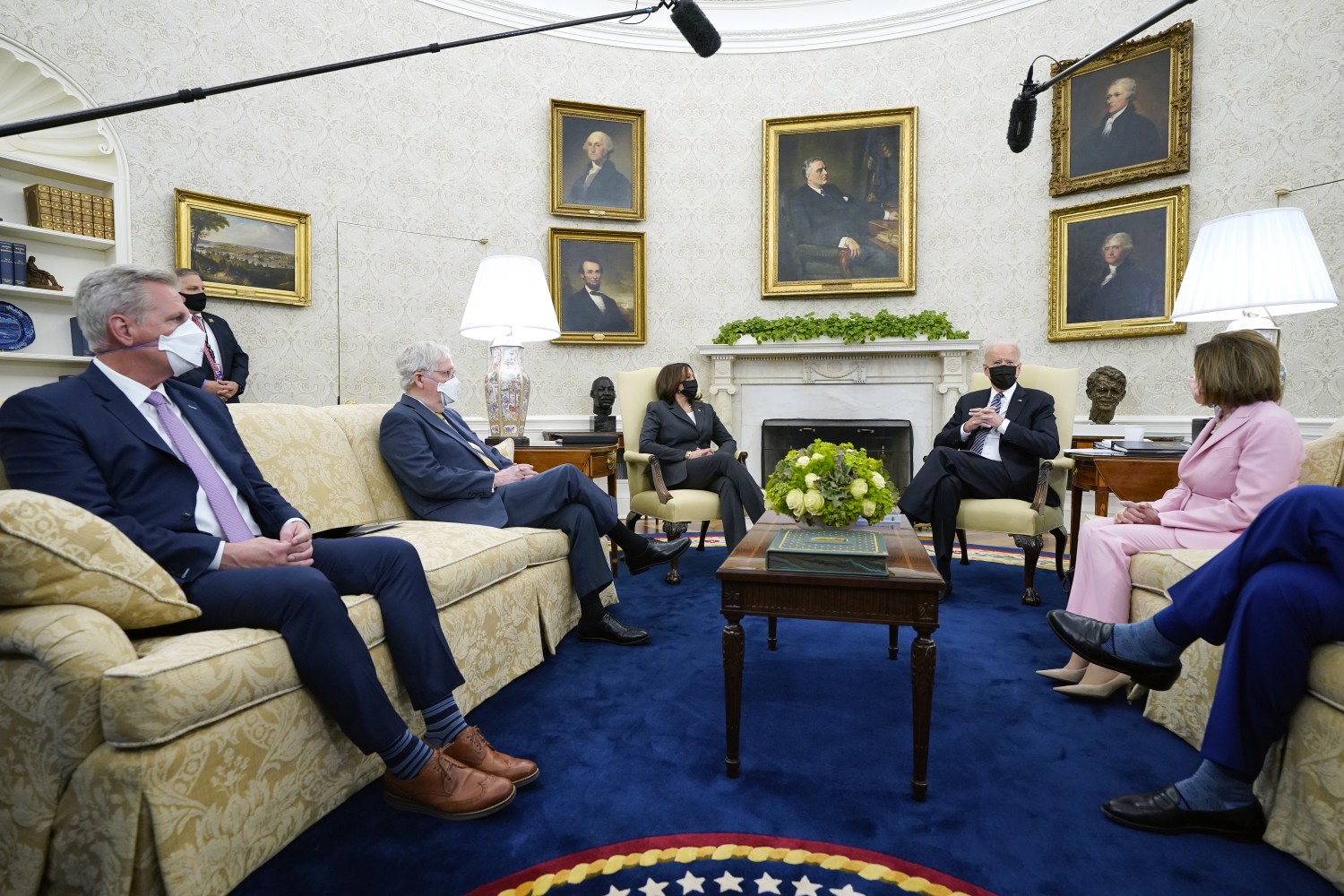 President Biden welcomed the “Big Four” congressional leaders to the Oval Office for the first time on Wednesday, attempting to foster bipartisan dialogue at a time when polls show most Republicans accept his predecessor’s lies about the legitimacy of his election.

“The bottom line here is we’re going to see whether we can reach some consensus on a compromise,” Biden said during brief public remarks at the beginning of the private meeting, which he said would focus largely on his goals for investing in infrastructure projects.

The two Democrats sat on one couch, the Republicans opposite them on another, and Biden and Harris in two chairs flanking the room’s fireplace.

The prospect of a breakthrough seemed slim when the meeting began. Shortly before heading to the White House, McCarthy finalized the ouster of Rep. Liz Cheney (R-Wyo.) from his party caucus’ leadership team. Cheney had angered other Republicans by publicly and repeatedly denouncing former President Trump’s lies about his loss to Biden, and her downfall was a sign of how the former president remains the party’s dominant force despite his defeat and his ban from major social media platforms.

McConnell has signaled his opposition to Biden’s agenda too. Before the meeting, he said on the Senate floor that he would raise concerns about inflation as well as increased unemployment benefits, which Republicans have claimed are providing a disincentive for people to return to work.

He also complained that Democrats were “not exactly shopping for consensus” with their COVID-19 relief legislation, which remains broadly popular with the public but passed without a single Republican vote. He encouraged Biden to “remember that he promised to govern for all Americans, not just the far left.”

“I hope today marks the start of a new course correction from this White House and a more successful dialogue across party lines,” McConnell said. “That’s what Americans need and that’s what they deserve.”

Schumer, in his own speech on the Senate floor, said the country’s leaders must pursue “big and bold” plans, echoing Biden’s push for roughly $4 trillion in spending on infrastructure, social services, education and more. He also encouraged lawmakers to include research and development funding.

“The longer we put off investing in sciences, the likelier it is that other countries — like China, but others, too — will overtake America as the global leader in innovation,” he said.

“You could spend the entire meeting talking about areas of disagreement — there’s no shortage of those — or you could spend it seeking opportunity for common ground, and he’s going to choose the latter,” she said.