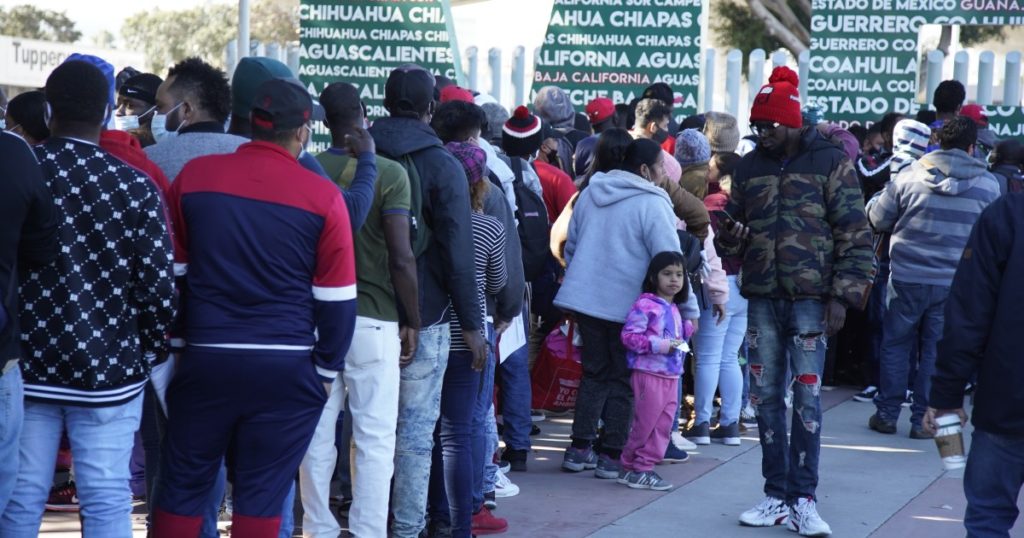 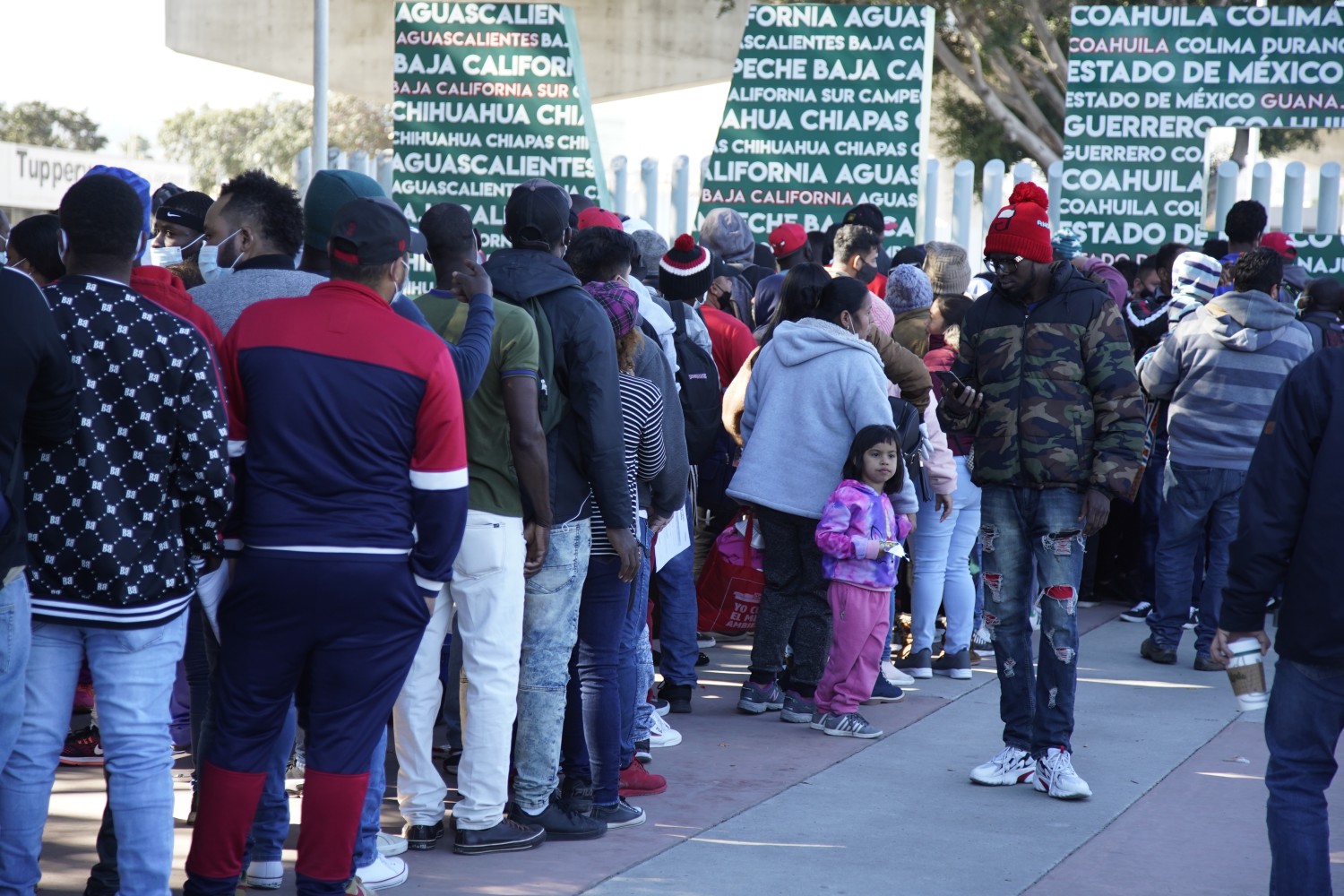 An estimated 3,000 young Central American migrants who were already approved by the U.S. government to reunite with parents in the United States, but were stranded when the Trump administration abruptly ended the Obama-era program, could get another chance, Biden officials announced Wednesday.

The Biden administration is restarting the Central American Minors program, which enabled nearly 5,000 vulnerable youths in El Salvador, Honduras and Guatemala to apply from the region and join parents who were in the United States with legal status, according to the State Department.

Amid a surge in unaccompanied minors from Central America coming to the border under the Obama administration, the policy was intended to discourage children and families from making the dangerous journey north to the U.S.-Mexico border. But in one of President Trump’s first moves in office, he secretly shut down the program, stranding more than 2,700 children already approved and in processing, then officially terminated the program months later. A federal judge in 2019 ordered the Trump administration to resume processing some applications.

In early February, President Biden issued an executive order to take steps to restore the Central American minors program, and officials have been quietly laying the groundwork. The administration has urged patience as it takes steps to undo Trump’s restrictive immigration policies and work toward an overall strategy of addressing the “root causes” of migration, such as poverty and insecurity in Central America.

Roberta Jacobson, Biden’s senior official for Southwest border affairs, pointed to the restoration of the youth program Wednesday as evidence that the administration is making good on its promises, but emphasized that, especially in an ongoing pandemic, “The border is not open.”

“Neither this announcement nor any other measures mean that anyone, especially children and families with young children, should make the dangerous trip to try and enter the United States in an irregular fashion,” she said.

Since January, border authorities have encountered more than 15,000 unaccompanied children, an escalation of lone migrant kids coming to the border that began last year, according to statistics from Customs and Border Protection released Wednesday. They represent a small fraction of the nearly 180,000 overall encounters for those two months, many involving repeat crossers, inflating the numbers, CBP officials said Wednesday.

Under a policy put into place by the Trump administration as part of its response to COVID-19, border authorities are quickly expelling roughly 85% of migrants arriving at the border with little processing, incentivizing “recidivism,” agents said. The Biden administration is no longer expelling unaccompanied minors but is still quickly removing most children traveling with their families.

Texas Democrat Rep. Henry Cuellar called the restoration of the Central American Minors program an “important first step to addressing the current surge in child migration” but said “there is more to be done.”

“If we want to truly address irregular migration, our southern border cannot be the first line of defense,” he said in a statement.

Kids in Need of Defense, an advocacy group, praised the Biden administration’s move to restore the Central American minors program but called for an expansion. The first iteration of the program faced criticism for being too slow when some kids applying were in imminent danger.

“They need to make changes so CAM reaches more children and families,” the organization tweeted Wednesday.

The State and Homeland Security departments will reopen the Central American Minors program in two phases: the first to process eligible applicants whose cases were closed when the program was terminated in 2017, and the second to take new applicants, according to the State Department release Wednesday announcing the restart to the program.

State Department and Homeland Security agencies have “already identified all suspended cases eligible for reopening” and will be working with resettlement agencies to contact parents and verify they are still lawfully present in the United States and want to move forward with reopening their child’s case under CAM, as soon as the week of March 15, the release said.

Once parents have confirmed their status and wish to continue, a State Department resettlement center in El Salvador will contact children and family in that country, as well as those in Guatemala and Honduras, to begin processing applications again.

For those newly eligible, Biden administration officials said, they are “developing plans to expand the program” and “will provide those details as soon as they are ready.”

The State Department did not immediately respond to questions about how many cases had been identified as eligible for the first phase, or whether those applicants who are no longer minors, but were when initially approved, would be able to apply.

So far, many of the Biden administration’s steps to undo Trump’s immigration legacy have not addressed the thousands of U.S.-bound migrants left in limbo outside the country over the last four years, or who were turned away under policies later found to be illegal. But it appears the restart to the Central American minors program could give another chance to some stymied by Trump.

The intervening years and whiplash of ever-changing U.S. immigration policy, though, have had a human cost. In one case, Douglas, an asylum seeker from Guatemala, received a letter from U.S. Citizenship and Immigration Services in June of 2017 telling him he’d been approved for the program and would be scheduled for an interview. Then, the Trump administration official ended the program, and there was no more contact, he recently told The Times. So years later, still facing threats from gangs, he decided to come himself.

The now-21-year-old suffered severe frostbite after being caught in the historic winter storm that slammed Texas in February while crossing the border. Initially, border authorities told his family and lawyer he would be expelled once discharged from the hospital, but ultimately they released him to family in California to pursue his case.

“My only thought was to see my dad,” Douglas told The Times. “It’s the only thing that I want.”