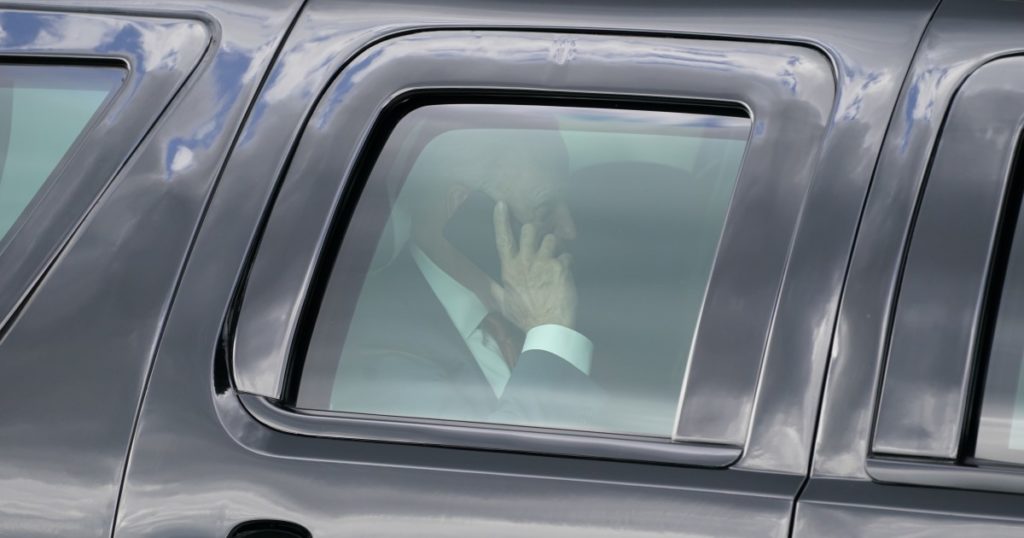 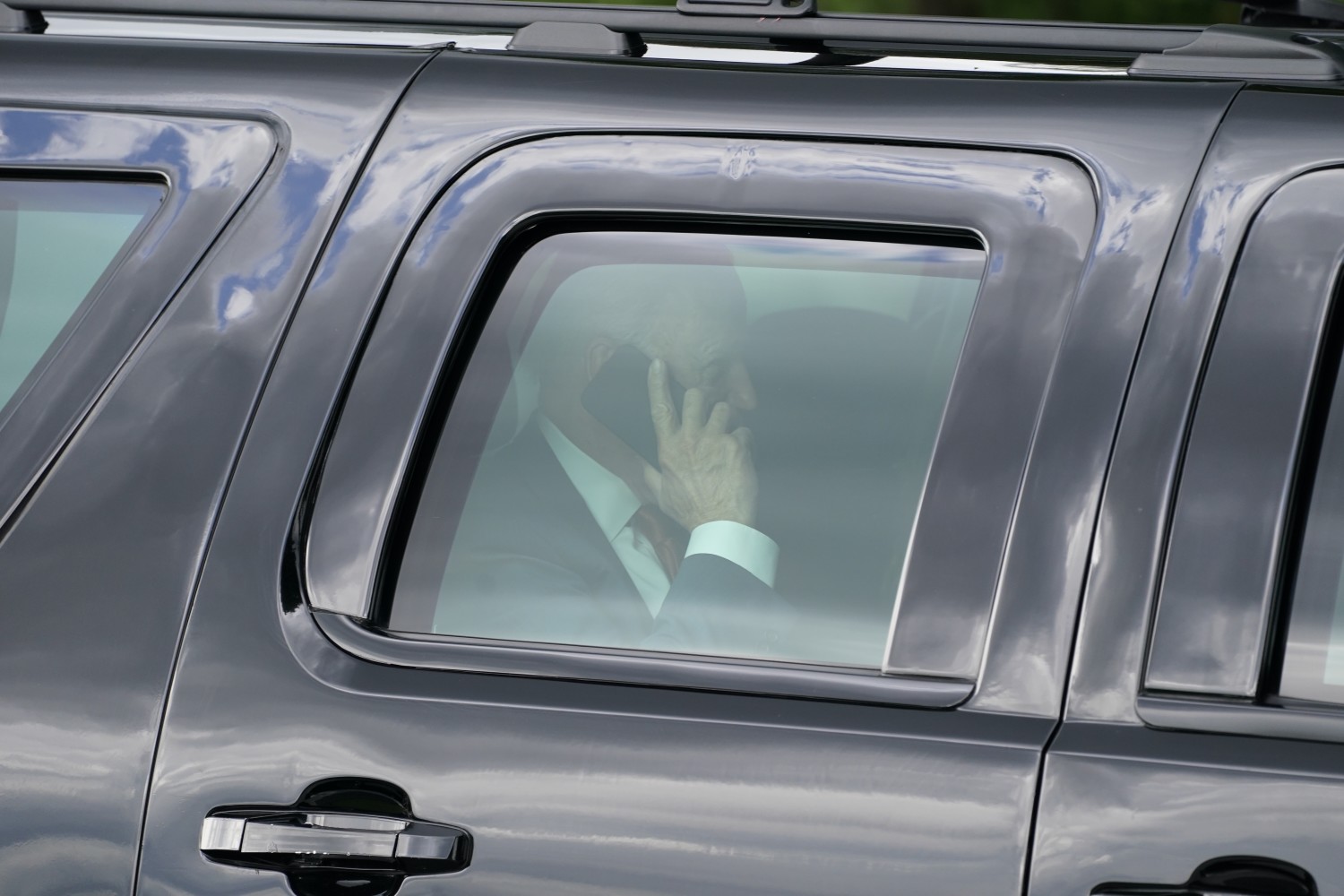 President Biden on Friday rejected the latest counteroffer on infrastructure spending from a group of Senate Republicans as far too little, leaving the bipartisan talks at what looks to be an unresolvable impasse.

The lead Republican negotiator, Sen. Shelley Moore Capito of West Virginia, raised her offer by $50 billion, taking it to $978 billion. Yet just $307 billion of that would be new spending — well short of Biden’s demand for $1 trillion in federal investments beyond what is projected under existing programs.

Biden, in a call with Capito, “expressed his gratitude for her effort and goodwill,” White House press secretary Jen Psaki said in a statement. “But [he] also indicated that the current offer did not meet his objectives to grow the economy, tackle the climate crisis and create new jobs.”

The two agreed to talk again Monday, which was the rough deadline the administration had set for negotiations, but a breakthrough appeared unlikely. Still, Biden was reluctant to give up on a bipartisan compromise and “indicated to Sen. Capito that he would continue to engage a number of senators in both parties in the hopes of achieving a more substantial package,” Psaki said.

As Biden negotiated with the half-dozen Republicans led by Capito, the White House has expressed growing interest in the efforts of a separate, bipartisan group of lawmakers that includes Democratic Sens. Joe Manchin III of West Virginia and Jon Tester of Montana, along with Republican Sen. Mitt Romney of Utah. They have been quietly working on a fallback proposal should talks with Capito fail.

Biden, who leaves Washington next week for a seven-day trip to Europe, also spoke Friday with Rep. Peter A. DeFazio (D-Ore.), chairman of the House Transportation and Infrastructure Committee, which next week is set to begin work on a five-year, $547-billion plan for roads, mass transit and rail projects.

DeFazio’s bill does not include all the new spending Biden wants nor the broader investments in programs for workers and families the president has proposed as “social infrastructure.” But it could serve as a foundation for Biden’s plans, whether those end up as a bipartisan compromise or a Democrats-only proposal.

Speaker Nancy Pelosi (D-San Francisco) has said she wants the House to vote on an infrastructure bill by July 4. She had asked DeFazio and other Democrats on relevant committees to work on legislative proposals while Biden negotiated with the few Senate Republicans who’ve been willing to seek a compromise.

Biden’s patience with Republicans, despite the group’s modest offers, has aggravated progressive Democrats, who are eager for him to scrap bipartisan talks and attempt to pass his more ambitious proposal with just Democratic votes through the process known as budget reconciliation, which prevents Senate filibusters. Some lawmakers in the House, where Democrats have just a four-seat edge, have threatened to vote against a bipartisan bill that’s too watered down.

But Manchin, a critical swing vote in a 50-50 Senate, continues to demand a bipartisan plan and to publicly oppose the reconciliation strategy, effectively making it inoperable unless he relents.

Biden has made far more substantive concessions in talks with Capito than Republicans have offered. After initially proposing a $2.25-trillion package, the president pared that to a $1.7-trillion proposal, then dropped his asking price again earlier this week, telling Capito during a one-on-one Oval Office meeting Wednesday that he would settle for $1 trillion in new spending for repairing roads, bridges and railways and expanding broadband networks.

While the Republicans said they had upped their offer to $928 billion, that included just $257 billion in new spending.

Another dispute was over how to pay for the investments. Biden had initially proposed to raise the corporate tax rate from 21% to 28%, but Republicans said that was a nonstarter. They countered by proposing new user fees and redirecting money from the $1.9-trillion coronavirus relief package enacted in March. The White House rejected both ideas, especially the user fees, given Biden’s campaign promise that Americans earning less than $400,000 annually wouldn’t pay more taxes.

In his meeting Wednesday with Capito, Biden suggested another funding alternative — a 15% minimum tax on corporations, raising revenue from businesses that currently pay little or no income taxes. Though that would avert Republicans’ “red line” — they refuse to consider reversing the corporate tax breaks they enacted in 2017 — they have yet to indicate any openness to Biden’s latest idea.

Capito’s office confirmed that she and Biden discussed their competing proposals Friday but left unclear whether any progress was made.

The conversation occurred as Biden and Republicans sparred over a report for May that showed the economy gaining 559,000 new jobs and the unemployment rate dropping to 5.8%. Biden touted the job growth, which was slightly less than economists had expected, as evidence that the relief law, which included direct checks and extended unemployment benefits, is paying dividends.

“America is on the move again,” said Biden, who urged lawmakers to act quickly on his infrastructure proposals to spur further growth. “Now’s the time to accelerate the process we’ve been making. Now’s the time to build on the foundation we’ve laid.”

Republicans, however, cited the gains as evidence that the relief law, and specifically the expanded unemployment benefits it provided, were overheating the economy and giving the unemployed an incentive to not seek work.

“This is what happens when you pay people not to work. What did Democrats expect?” House Minority Whip Steve Scalise (R-La.) said in a statement.