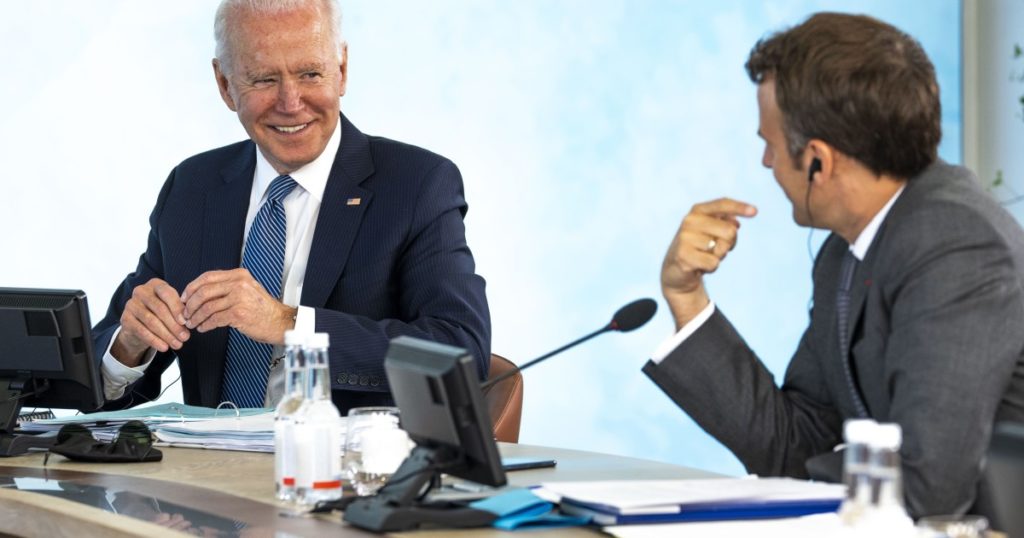 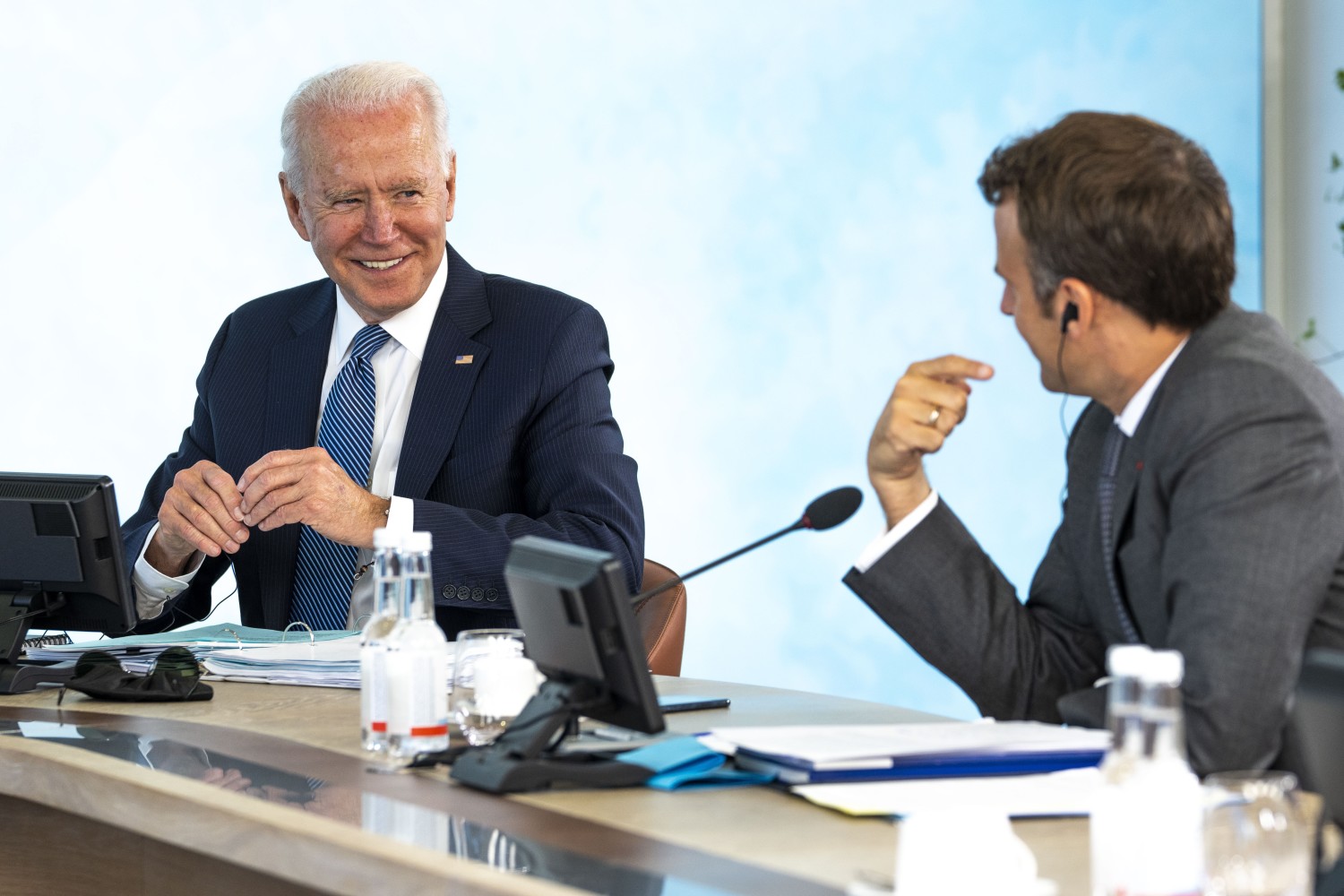 It took most of his term for former President Trump to grudgingly acknowledge the most fundamental tenet of the NATO transatlantic bond: An attack on one is an attack on all, and all will join in the defense of one.

The only time that the Article 5 provision was invoked was when NATO member states rushed to support the United States after the Sept. 11, 2001, terrorist attacks. But Trump, who once branded NATO “obsolete,” wondered out loud why he should send U.S. troops to defend countries he apparently had barely heard of.

Into that sense of unease steps President Biden on Monday. As he is seeking to do elsewhere on his first overseas trip as president — starting with sessions with the Group of 7 wealthy democracies Friday — Biden is trying to repair critical ties with the North Atlantic Treaty Organization, an alliance that has worked to preserve global peace since World War II.

“We have a unique opportunity to open a new chapter in the relationship between North America and Europe,” NATO Secretary-General Jens Stoltenberg said ahead of Monday’s meetings. He cited “challenges” in the transatlantic relationship during the Trump years.

Speaking Sunday before traveling to Brussels, where NATO and European Union headquarters are, Biden drew a clear distinction between himself and Trump, whose threat to withdraw the U.S. from the organization if other members didn’t immediately boost defense spending threw the last NATO summit in 2018 into disarray.

“We do not view NATO as some sort of a protection racket,” Biden said at a news conference at the Cornwall county airport in southwest England. “We believe that NATO is vital to our ability to maintain American security for the … remainder of the century,” as well as serving as the foundation for security for all Europe, he said.

“We feel very, very strongly about the cohesion of NATO,” Biden said a day earlier as he met with French President Emmanuel Macron, who is emerging as the first among equals in Western Europe leadership as German Chancellor Angela Merkel prepares to retire.

The European Union, Biden added, “is an incredibly strong and vibrant entity, that has a lot to do with the ability of Western Europe not only to handle its economic issues but provide the backbone and support for NATO.”

But Biden also must confront strains with NATO of his own administration’s making or, at least, responsibility.

Trump, without consulting NATO, abruptly announced he was withdrawing U.S. troops from Afghanistan after nearly two decades. He did not fulfill that pledge, but Biden has vowed to proceed, ending the U.S. military presence in his country’s longest war by Sept. 11, the 20th anniversary of the terrorist attacks that killed nearly 3,000 people in New York, Washington and Pennsylvania. Then-President George W. Bush ordered the invasion of Afghanistan to pursue Al Qaeda leader Osama bin Laden, mastermind of the attacks.

NATO forces have accompanied U.S. troops during most of the Afghan operations, and are acknowledging that they cannot sustain a presence without the U.S. There is mounting fear that once the foreign troops depart, the Taliban will move to retake control of most of Afghanistan, unleashing civil war and a reversal of the bare rights gained in recent years by women, minorities and others.

NATO is wrestling with other thorny issues as it contemplates its own future efficacy, including climate change, which Stoltenberg says poses a major threat to the alliance’s military capability and readiness; Russian aggression against countries on NATO’s eastern flank such as Ukraine and Georgia; and defense spending, which member states have pledged to increase and have, in many cases.

During the Obama administration, NATO members agreed to raise domestic defense spending to 2% of their national budgets by 2024. Trump demanded it happen more quickly, and some countries have complied; others, including Germany, continue to lag, arguing that they should receive dispensation because much of their spending goes to the resettlement of refugees created by armed conflicts.

NATO is also confronting problematic relations with member nation Turkey, which has moved closer to Russia and purchased Russian air-defense materiel that Western experts say might allow Moscow to spy on NATO weapons systems. Biden is scheduled to hold a separate meeting with Turkish President Recep Tayyip Erdogan on the margins of the NATO session.

Also, many NATO officials are alarmed at democratic backsliding in some states in the alliance.

Democratic freedoms and rule of law, enshrined in the NATO charter, “are being upheld unequally across the alliance,” Rachel Ellehuus, a Europe and Russia expert at the Center for Strategic and International Studies, said in a panel discussion ahead of Biden’s trip.

Countries including Hungary and Poland have cracked down on dissidents, journalists and news media outlets.

Biden also intends to encourage NATO to expand its mandate to include confronting China, his national security advisor Jake Sullivan said. For decades, Russia as the enemy was the raison d’etre for NATO, but cyberattacks and China’s growing global power have made it an emerging threat that NATO must address, he said.

“China will be there [on the talks’ agenda] in a way it hasn’t before,” Sullivan told reporters traveling with Biden to Brussels late Sunday. It would be a significant shift because many NATO countries are not as keen to go against Beijing as Washington is.

“NATO speaking out powerfully about the common purpose and common strength of democracies is an important part of a collective effort to be able to meet the China challenge over the decades ahead,” Sullivan said.

The administration is stressing that affirming U.S. alliances in multiple venues — NATO, the EU and the G-7 — strengthens Biden’s hand as he heads into what will be the most challenging encounter of the trip: his first summit with Russian President Vladimir Putin, scheduled for Wednesday in Geneva.

“The president’s not coming into this meeting with President Putin in a void,” Secretary of State Antony J. Blinken, who is accompanying Biden, said Sunday on Fox News.

“What we’re demonstrating in each of these meetings and summits is that democracies can come together and work effectively to actually deliver results for our people and, by the way, for people around the world,” Blinken said. “And also, when we’re working together militarily, economically, diplomatically, politically, we’re a very powerful force.”

Stokols reported from Brussels and Wilkinson from Washington.