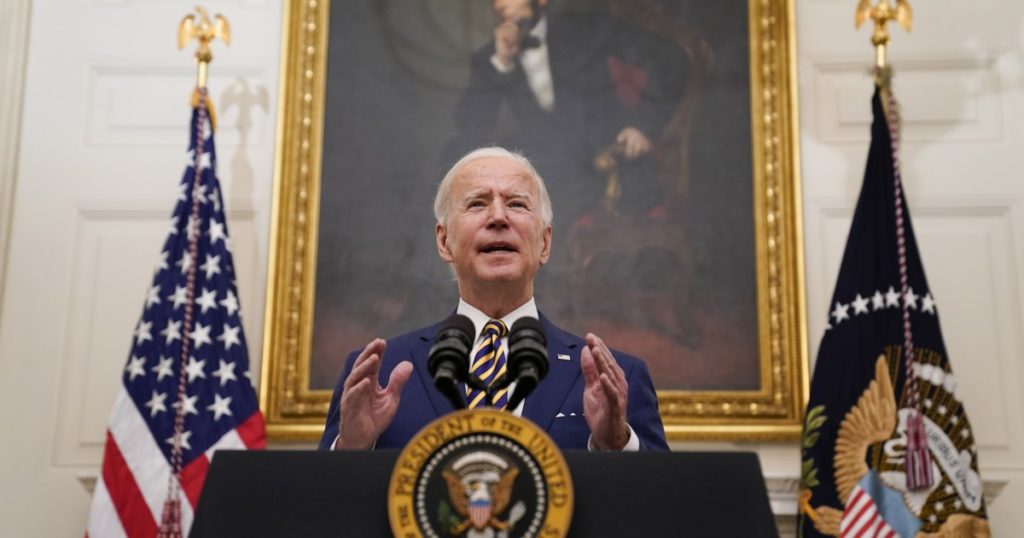 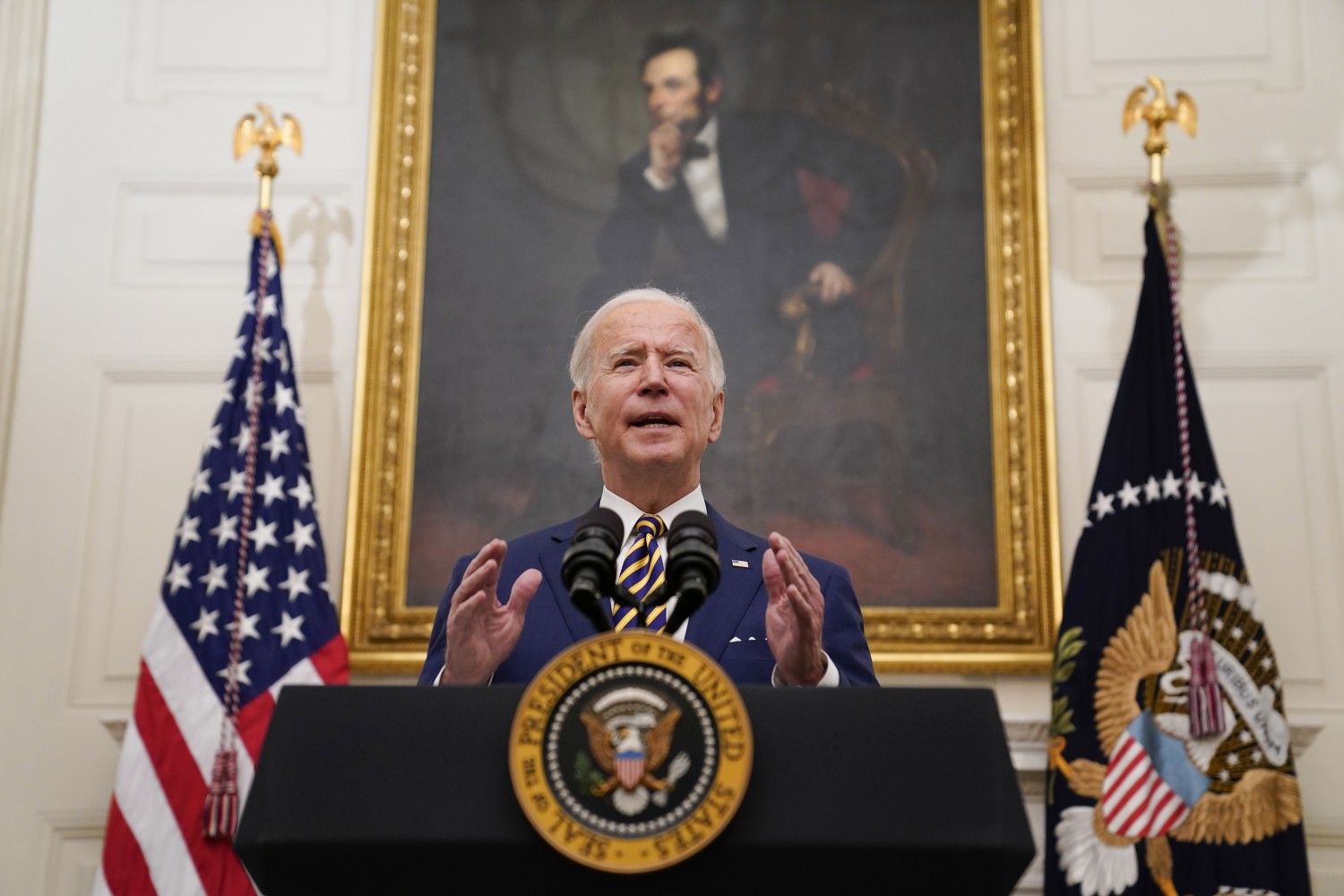 The Biden administration and progressive Democrats are heading for their first big policy clash over whether to gradually increase the federal minimum wage to $15 per hour as part of the upcoming COVID-19 stimulus bill.

Progressives, who have long rallied for the policy, say it would help stimulate an economy hampered by the pandemic. They view the bill as the best vehicle to get the wage increase passed into law.

President Biden supports the goal, but is pumping the brakes on whether it should be part of the stimulus package. For starters, Biden, a pragmatist who spent decades in the Senate, worries a minimum-wage hike provision will be deemed inappropriate under the special reconciliation process that Democrats are using to pass the bill.

The Senate parliamentarian is expected to issue a preliminary ruling as early as next week on whether the wage hike can be included, and Biden has notably not endorsed the calls of some Democrats who want to overrule any decision that would prevent its inclusion.

Equally important, some moderate Democratic senators have expressed concern about the wage hike, suggesting it may not even get the 51 votes it would need for passage.

Biden has said he remains open to negotiation. At a CNN town hall Tuesday, he mentioned that a $12 or $13 minimum wage might have a “diminished” impact on small businesses while still generating economic growth. White House Press Secretary Jen Psaki later said Biden wasn’t suggesting the end goal would be $12 or $13.

The policy fight over the minimum wage represents the first test of whether progressive policies will be a priority to Biden, a moderate who only won over the party’s left wing during the presidential campaign after favored candidates such as Sens. Bernie Sanders (I-Vt.) and Elizabeth Warren (D-Mass.) dropped out.

The outcome of the minimum wage hike is likely to set the tone between the two camps in the early days of the Biden administration. So far, Democrats have rallied around the Biden White House, loathe to put any distance between progressives and moderates.

But progressives view the minimum wage hike as an early indicator of Biden’s devotion to their causes, including whether he will one day support repealing the legislative filibuster, which currently gives Republicans the ability to block bills by requiring that most legislation receive 60 votes to pass. The Senate is currently divided 50-50, allowing Vice President Kamala Harris to break ties.

“This is the first key decision on a real commitment to progressive values,” said Rep. Ro Khanna (D-Fremont), who was national co-chair of Sanders’ campaign.

Khanna and other progressives, such as Rep. Pramila Jayapal (D-Wash.), chair of the Congressional Progressive Caucus,
are pushing for Harris to overrule Senate parliamentarian Elizabeth MacDonough if she removes the minimum wage provision from the bill because it doesn’t directly impact the budget, a requirement of the special procedure.

Progressives note that the parliamentarian merely advises the Senate’s presiding officer on rules. However, overruling her decision would be a significant change from Senate norms.

“Will the White House rule it into — will Vice President Harris rule it into — reconciliation?” Khanna said. “I don’t have a doubt in my mind that Elizabeth Warren or Bernie Sanders would rule it in.”

The standoff over the minimum wage comes as Biden says he opposes another top progressive priority: forgiving $50,000 of student loans through executive order.

“I will not make that happen,” Biden said at the CNN town hall, saying the money would be better spent on earlier education and pointing to the difference in debt carried by people who attended public and costlier private universities.

“Cancelling $50,000 in federal student loan debt will help close the racial wealth gap, benefit the 40% of borrowers who do not have a college degree, and help stimulate the economy,” they said in a statement. “It’s time to act. We will keep fighting.”

Rep. Alexandria Ocasio-Cortez (D-N.Y.) warned that the case for forgiveness “is looking shakier by the day,” pointing out the significance that Schumer, the Senate Democratic leader, is on board with the idea, but Biden is not.

“Biden’s holding back, but many of the arguments against it just don’t hold water on close inspection,” she tweeted in response to Biden’s remarks.

Psaki on Wednesday sought to defuse tensions, emphasizing that Biden has long opposed the $50,000 figure, but supports $10,000 in forgiveness if Congress approves it through legislation. He would only consider an executive order if his Justice Department determines he can do it.

Unlike the student loan standoff, which is over executive order authority, the minimum wage battle is based in legislation. The federal minimum wage is $7.25, although many states, including California, have higher requirements.

Two moderate Democrats, Sens. Joe Manchin of West Virginia and Kyrsten Sinema of Arizona, have reservations about including the $15 minimum wage in the plan.

Manchin said he wants to see a smaller increase, such as $11. Sinema told Politico she only wants to see COVID-19-related items in the bill. “The minimum wage provision is not appropriate for the reconciliation process. It is not a budget item,” she said. “And it shouldn’t be in there.”

Privately, Democrats have expressed hope that, if the minimum wage hike is able to get through procedural obstacles, neither Manchin nor Sinema would allow their displeasure with one provision to prevent them from voting for the bill in its entirety.

Biden has suggested Democrats could remove the wage hike from the COVID-19 stimulus bill and try to pass it later. But Democrats say that’s a dodge because their only legitimate shot of approving the policy is without the 60-vote threshold filibuster.

“It’s gonna be in reconciliation if I have anything to say about it — the only way we’re gonna get it passed,” said Sanders, who as Budget Committee chairman is responsible for getting the bill through the reconciliation process.