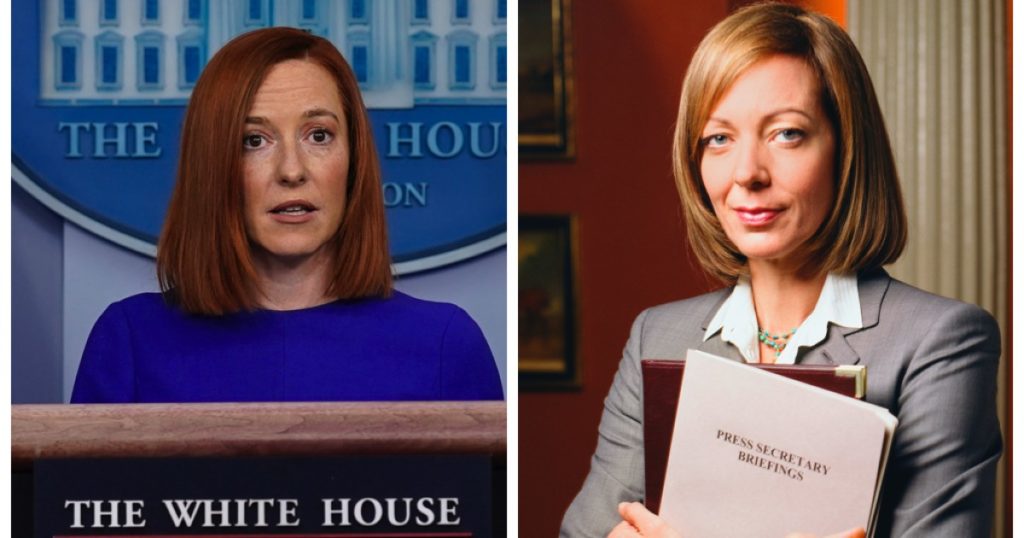 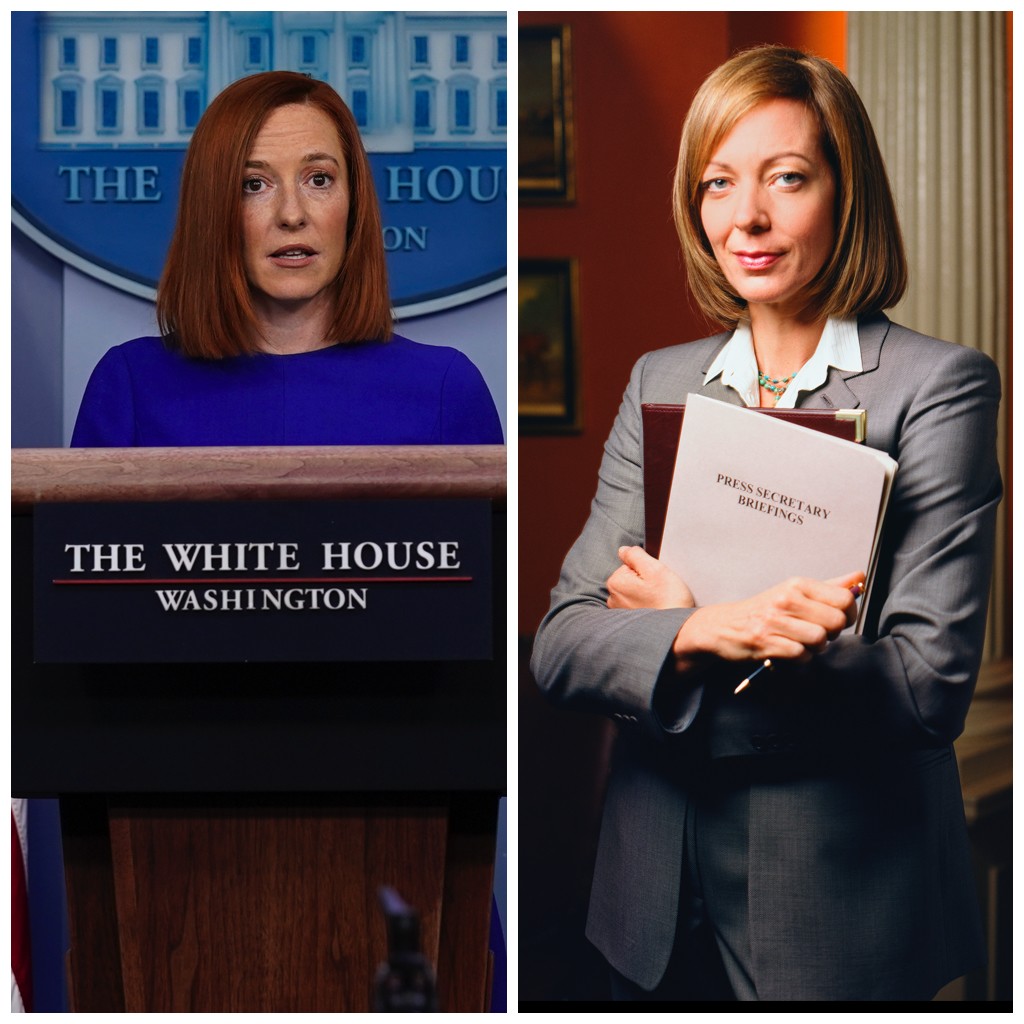 Does anyone know if Jen Psaki likes goldfish?

The little orange crackers, I mean, not the aquatic creatures. Because it would be super-embarrassing if some member of the White House press corps showed up at her office one evening bearing a fishbowl and an ingratiating smile when all she wanted was a handful of salty snacks.

You know, like Washington Post reporter Danny Concannon (Timothy Busfield) did in an effort to court White House Press Secretary C.J. Cregg (Allison Janney) in the first season of “The West Wing”?

I ask only because it beats screaming. And if I see one more reference to actual White House Press Secretary Psaki as being a “real-life” Cregg, that is what I will be doing.

I understand that journalists in general, and the White House press corps in particular, have been under a lot of strain during the last four years. Being called the enemy of the people on a near daily basis — particularly when your colleagues are, I don’t know, being pepper-sprayed by police while attempting to cover Black Lives Matter protests — can take its toll.

And like millions of Americans, many members of the media (including me) greeted the removal of President Trump and the swearing in of President Biden with a sense of relief so powerful that it could reasonably be characterized as giddiness.

So on Wednesday, when the White House held a press conference that did not involve attempts at “you did not see what you thought you saw” mind control — well, a certain amount of hyperbole in the many reviews of Psaki was understandable. Under normal circumstances, evidence of sanity is not the bar by which a press secretary is judged, but after years of bald-faced lies spouting from the person at that lectern, these are not normal circumstances.

Still the “Psaki is C.J. Cregg!” comments by some of those who tuned in are a bit worrisome.

C.J. Cregg being a fictional character played by one of America’s finest actors and Psaki being a flesh-and-blood human, one who previously served as spokeswoman for the Department of State as well as in various senior communications roles in the Obama White House.

Don’t get me wrong. I love Allison Janney with a love that is deep and true. C.J. Cregg is one of television’s greatest characters, and “The West Wing” remains a terrific television show. It is not surprising that many found comfort binge-watching it over the last four years, particularly during a pandemic exacerbated by a profound lack of presidential leadership.

Like C.J.’s boss, President Josiah Bartlett (Martin Sheen), President Joe Biden is a devout Catholic with Irish roots, progressive politics and a wife who continues to work in her chosen profession. In this moment of general “Aslan has returned to Narnia” relief, when even the snow giving way to sunshine during Biden’s inaugural address was seen by some commentators as a sign, “West Wing” comparisons are inevitable.

Psaki’s dry humor and direct manner during her first presser were indeed reminiscent of C.J., who was in fact based in part on Dee Dee Myers, press secretary for President Clinton.

But, and I cannot stress this enough, Psaki is an actual person doing an actual job, and C.J. is a product of Aaron Sorkin’s imagination. C.J.’s abilities and failings (she absolutely did have an inappropriately flirtatious relationship with Concannon, which absolutely did lead to him having increased access to the president) were conjured to create a highly idealized version of the White House under progressive leadership, while serving the streamlined narrative structure of television.

Was it nice, and surprisingly moving, when Psaki made her debut without showing obvious contempt for the press? Yes, of course it was. Every president in history has complained about and tried to control media coverage, just as every press secretary in history has practiced tactics of evasion and obfuscation — but none have attacked the press, and indeed objective fact, as consistently, bitterly and broadly as President Trump and those who served under him.

It is important to remember, however, that the relationship between the press secretary and the press should be one of tension, not camaraderie. Mutual respect, absolutely, but not camaraderie. Psaki said that the Biden White House was dedicated to transparency and truth-telling, even when that truth is hard to hear, which sounds great. What exactly she means by that remains to be seen.

On Thursday, her second day at the lectern, she was asked many tough questions about issues as varied as Biden’s immigration policy and his decision to not wear a mask during certain portions of the inaugural festivities. She answered some, side-stepped others and shut down a few (including two regarding Biden’s position on ending the filibuster) because the job of the press secretary is not just to provide information but to help the president shape the news cycle and the narrative of his (or someday her) administration.

Still in many ways, Psaki may be the most fortunate press secretary in history; with the bar set as low as “sanity” and the press corps delighted by the simple fact that she plans to hold daily briefings, she is all but guaranteed early praise. Hence all the C.J. Cregg references.

But just because Psaki isn’t telling blatant lies about verifiable facts does not mean she is telling the whole truth or being transparent. She and the administration she speaks for must be held to journalism’s most rigorous standards. As President Biden made clear in his inaugural address, this country faces a maelstrom of crises. While no one expects his administration to solve them in a day or even 100 days, it is, as the White House press corps knows too well, every reporter’s job to ask the hard questions and the relentless follow-ups, whether the press secretary is witty and professional or not.

Which is precisely why none of the questions at Thursday’s press conference involved her preference for goldfish.