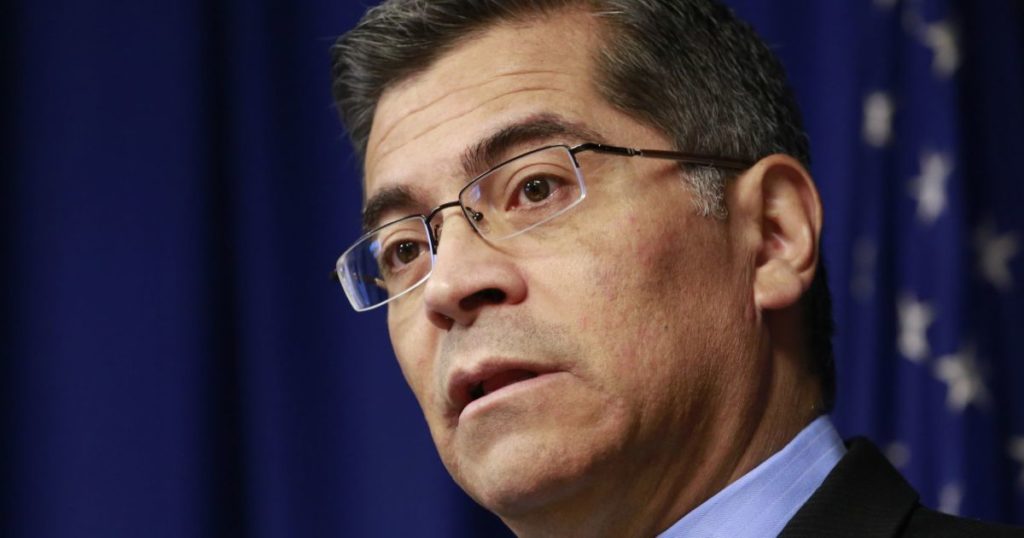 As President-elect Joe Biden prepares to tackle the devastating COVID-19 pandemic killing thousands of Americans a day, he has given his health team another, equally challenging task: rooting out entrenched racial inequalities in American healthcare.

Led by California Atty. Gen. Xavier Becerra, tapped by Biden to lead the Department of Health and Human Services, Biden’s healthcare team is aiming for an ambitious agenda to reshape a system that still leaves millions of Black and Latino Americans with weaker insurance protections, less access to care and poorer outcome.

The effort will face an early and critical test as the administration seeks to blunt the calamitous impact the pandemic is having on minority communities.

“COVID unmasked how serious many of these issues are,” Becerra said in an interview with The Times. “The camouflage that may have hidden some of these disparities has been ripped away. … There is no excuse not to take them on.”

Becerra, if confirmed by the Senate, will be the first Latino to hold the nation’s highest healthcare post.

The challenge Becerra and others on the Biden team face is immense. The coronavirus outbreak has devastated Black and Latino communities, spreading not only disease and death, but also severe economic hardship.

Black Americans, for example, account for more than a third of COVID-19 deaths in the U.S., though they represent only about 12% of the population, according to a study of selected states and cities with data on COVID-19 deaths.

Black and Latino Americans are also more likely to have lost a job or seen their income reduced during the pandemic than white Americans, a recent nationwide poll by the nonprofit Kaiser Family Foundation found. At home, Latino and Black parents are also facing a tougher time caring for their children amid the outbreak, the study revealed.

These disparities received scant mention from President Trump. Biden, by contrast, has made remedying inequality central to his planned pandemic response.

“For Blacks, Latino and Native Americans, who are nearly three times as likely to die from [the virus], COVID-19 is a mass causality,” the president-elect said earlier this month as he introduced Becerra and other members of his healthcare team in Wilmington, Del.

In addition to tapping the former Los Angeles congressman and son of immigrants to lead HHS, Biden also set up a COVID-19 “equity task force,” to be headed by Dr. Marcella Nunez-Smith, a primary care physician and founding director of the Equity Research and Innovation Center at the Yale School of Medicine.

“She will ensure that fairness and equity are at the center of every part of our response,” Biden explained.

Biden isn’t the first president with a healthcare agenda aimed at racial inequality. Half a century ago, President Lyndon Johnson’s push to enact Medicare and Medicaid helped usher in the desegregation of hospitals across the South and brought health protections to millions of previously uninsured Black and Latino Americans.

More recently, the Affordable Care Act that Obama signed in 2010 fueled historic gains in insurance coverage and access to medical care for those communities.

The share of Black Americans without health insurance dropped by nearly half following enactment of the law, for example, falling from almost 25% to less than 14%, according to data assembled by the nonprofit Commonwealth Fund.

Even so, Obama rarely spoke publicly about these racial disparities. That makes Biden’s decision to highlight their persistence more notable, said Samantha Artiga, who directs the Disparities Policy Project at the Kaiser Family Foundation. “What really stands out is this focus on centering the issue of health equity,” she said.

Becerra, too, noted the important symbolism of Biden’s words.

“The fact that you have the most powerful person in the world — the incoming president of the United States — saying that under his watch he wants to tackle these health disparities means the paradigm has changed,” he said.

Becerra would bring to the federal health agency decades of experience working on these issues, including advocating for added protections for low-income Americans when the 2010 healthcare law was being crafted.

At the time, Becerra led the Congressional Hispanic Caucus and was a key lieutenant of House Speaker Nancy Pelosi (D-San Francisco).

“He was very focused on the most vulnerable and on racial disparities,” recalled Rep. Barbara Lee (D-Oakland), who led the Congressional Black Caucus during the healthcare debate a decade ago. Lee is pushing legislation to boost federal support for medically underserved communities.

Becerra and Nunez-Smith said the Biden administration would launch an effort to improve the foundations of healthcare in communities of color.

A top priority will be improving basic data on health disparities. A striking example of this problem has emerged during the coronavirus crisis. Public health data is riddled with holes, Nunez-Smith said, because pandemic-related death records often don’t include basic demographic information.

“One of the greatest harms is the invisibility of so many people in data,” she said.

The administration also wants to enhance outreach to minority communities so medical services such as diabetes care can get to patients who often don’t know how to seek out the services themselves. And the Biden team will seek to boost the number of Black and Latino physicians, nurses and other medical leaders. “We’re going to have more experts that look like the people we’re trying to reach,” Becerra explained.

The new administration will almost certainly have to contend with a backlash from Trump supporters and others who have rejected calls for a more honest reckoning with racism across American society this year.

But Becerra expressed hope that the simple message of helping more Americans access the medical care they need will break through.

“At the end of the day, it’s not a matter of giving something special to folks,” he said. “It’s a matter simply of making sure that everyone can get healthcare in this country.”