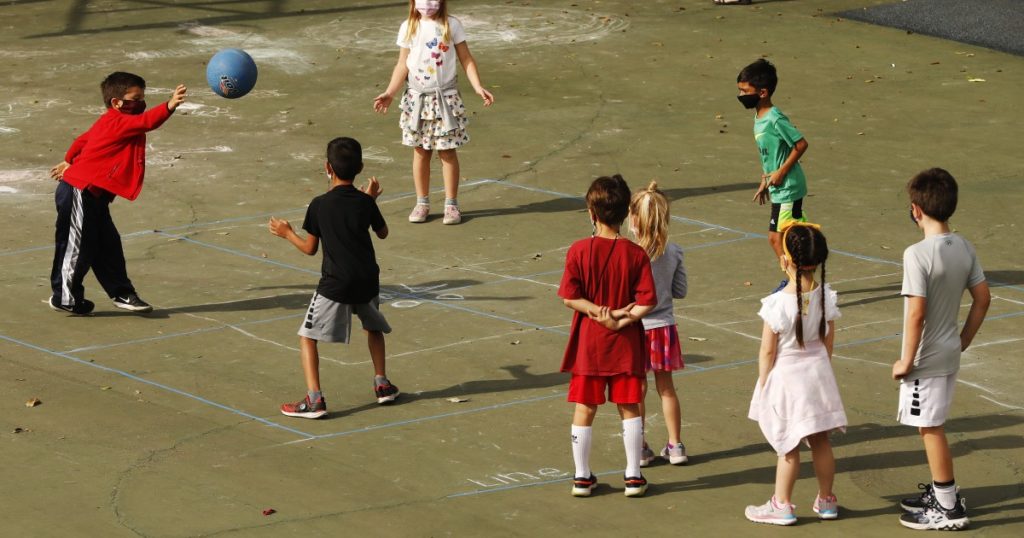 In two months, nearly 40 million American families with children will start seeing deposits from the federal government show up in their bank accounts. It’s part of the Biden administration’s plan to create a near-universal child benefit that promises to cut poverty for kids nearly in half — if all goes well.

As the IRS scrambles to get the new program up and running, the tax agency has deployed hundreds of people to reprogram computers, write new rules and prepare to answer an expected deluge of questions from taxpayers.

President Biden said Monday that the vast majority of families with children will see the first deposits on July 15.

But that’s just the start.

Still to come is the harder part. Accomplishing the administration’s poverty-fighting goal requires locating millions of low-income parents who don’t file tax returns and getting them to start so they can obtain the new benefit. And the vast IRS bureaucracy will need to convert from a focus on collecting money to an equal commitment to distributing it.

“The IRS’ core mission is on the revenue side, but they’re being asked to do delivery of these important benefits,” said Chye-Ching Huang, executive director of the Tax Law Center at New York University. “That will be a challenge.”

The task is a huge logistical hurdle and a major cultural shift, both for families and the tax agency, and one of Biden’s most ambitious domestic initiatives depends on executing it. Hovering in the background — keenly remembered by many administration officials — is the failed launch of the Obamacare website in 2013, which severely damaged the last Democratic administration’s signature program.

Officials at the White House and the Treasury Department have been working intensively with the IRS to avoid a reprise.

“We consider this as important as any implementation challenge we have,” Gene Sperling, the White House official in charge of implementing the American Rescue Plan, said in an interview.

Over the past year, Congress has given the IRS a series of new tasks, including sending out three rounds of stimulus checks to some 160 million households. The agency has confounded naysayers who predicted it would be unable to pull off those assignments. But revamping the child credit poses a tougher problem — an “order of magnitude harder,” said a senior administration official.

In concept, the plan is straightforward: Since the 1990s, the U.S. has allowed families to reduce their taxes by taking a credit for each child in their households. This year, as part of Biden’s $1.9-trillion American Rescue Plan, Congress approved a measure championed by leading Democrats, including Rep. Rosa DeLauro of Connecticut and Sens. Michael Bennet of Colorado, Sherrod Brown of Ohio and Cory Booker of New Jersey, which made three big changes.

First, the new law increased the amount of the yearly credit to $3,600 for a child 5 or younger, and $3,000 for a child 6 to 17; second, it made the credit fully refundable, meaning that almost every family can get the full amount as a refund, even families with zero tax liability; and finally, it said taxpayers would have the option of getting the money in installments during the year.

Taken together, those changes convert the tax credit into something very much like the universal child allowances that most developed economies have. That could cut the child poverty rate nearly in half, according to a study by the National Academies of Sciences. Currently, the U.S. has among the highest child poverty rates of any developed country.

The law expands the credit only for this year at a cost of roughly $110 billion, but Biden has proposed extending it through 2025. Many congressional Democrats favor making the expansion permanent.

“For low- and middle-income families with children, this could be a really big deal,” said Elaine Maag of the Tax Policy Center, a Washington think tank.

Nationwide, about 27 million children live in families whose incomes were too low to get the full benefit until now. Some 3.5 million children in California could gain from the expansion, according to a state-by-state analysis by the Center for Budget and Policy Priorities, a liberal Washington policy organization.

Making the credit refundable means a single parent earning minimum wage who has two children could see their monthly income go up by 20%.

And paying the benefit monthly “will provide continuous support to help families afford expenses like diapers and childcare — things that can’t wait until tax time,” Bennet said in a statement.

But what’s simple in concept isn’t so simple to execute, and already political opponents are circling.

On the right, some Republican lawmakers have decried the idea of giving the credit to families with no income, which they say converts a tax cut into welfare. Others warn that expanding the program invites fraud.

On the left, some critics predict that running the benefit through the tax system inevitably will leave out millions of families who aren’t used to filing returns, greatly limiting the program’s ability to reduce poverty.

Administration officials say that of the roughly 74 million U.S. residents younger than 18, about 65 million live in households that already have filed a tax return for 2019 or 2020 or have filed for one of the three rounds of COVID-19 stimulus payments.

The vast majority don’t need to do anything to get the monthly benefit of up to $250 or $300 per child, which will automatically be deposited in their bank accounts from July through December, around the 15th of each month. Families will get the remaining six months of the annual benefit when they file their tax returns next year.

For those who prefer to get their entire payment in a lump sum next year, rather than getting the money in advance, the IRS promises a website will be up and running sometime in June that will allow that option.

That still leaves millions of families — no one knows exactly how many, but the best estimates are somewhere between 3 million and 6 million — that are eligible, but not in the system. Some children won’t be eligible for the benefit because they’re not legal U.S. residents, and a smaller number live in households with very high incomes, who also aren’t eligible. The benefit phases out for household incomes above $400,000.

Outside experts agree that the administration will face a major challenge in reaching households that may have had no reason to file a return in the past.

“It’s a sea change,” said David Newville of Code for America, whose Get Your Refund program works with volunteer groups to help low-income Americans file.

After years in which fewer and fewer Americans needed to fill out a return, “now nearly everyone will be a tax filer.” Many will need assistance navigating a complex and often confusing tax system.

A key goal, he said, will be to avoid mistakenly sending checks to families that the IRS, months later, might demand they pay back.

The new law includes some protections against that — a so-called safe harbor provision that waives most repayment requirements for low-income families this year. But “if this thing is going to work longer term, they’re really going to have to think through how to avoid overpayments,” said Newville.

Administration officials concede they won’t be able to reach all the eligible non-filers by July, but promise a major effort to publicize the new benefit and convince people to sign up. As part of that, the IRS plans a mass mailing soon to families with children.

“You’re going to see a lot of people working with us to get more Americans to sign up,” Sperling said. “Our job is to make sure it’s easy for people.”

IRS Commissioner Charles Rettig said in congressional testimony in April that over the past year, the tax agency partnered with 11,000 community organizations to try to make sure Americans signed up to receive stimulus payments. Many of those organizations will be enlisted again for outreach on the child credit, he said.

In addition, the administration announced Monday that the IRS will launch an online system that will allow people who don’t owe any taxes to file a simplified form to claim the benefit.

But delivering monthly payments also means the IRS will need to deal with family issues that, until now, it could ignore.

What about couples who split up partway through a year? Who gets the monthly check? How about families in which a grandparent or other relative cares for a child part of the year — a common circumstance, especially in many low-income households?

The law says that whichever person has custody of a child for the majority of the year can claim the credit, but often, it’s not so simple to determine who that is.

In the past, the IRS could wait for a family to resolve their issues before filing a tax return. Even so, mistakes are common, and about 15% of payments under the existing credit include errors, the IRS inspector general reported last year. Now, with payments going out monthly, those issues will need to be sorted out in real time.

With Congress having approved the new program in mid-March and directed that it start in July, administration officials know some questions will not be resolved by the launch date. They’re hoping that delivering payments to the vast majority of families will buy time to reach the rest.

They might take comfort from the experience of other wealthy countries that have launched child benefits in recent years, nearly all of which experienced glitches at the start, said Huang of NYU.

“Every big, new system comes with teething problems,” she said. The IRS “has been asked to do a lot.”