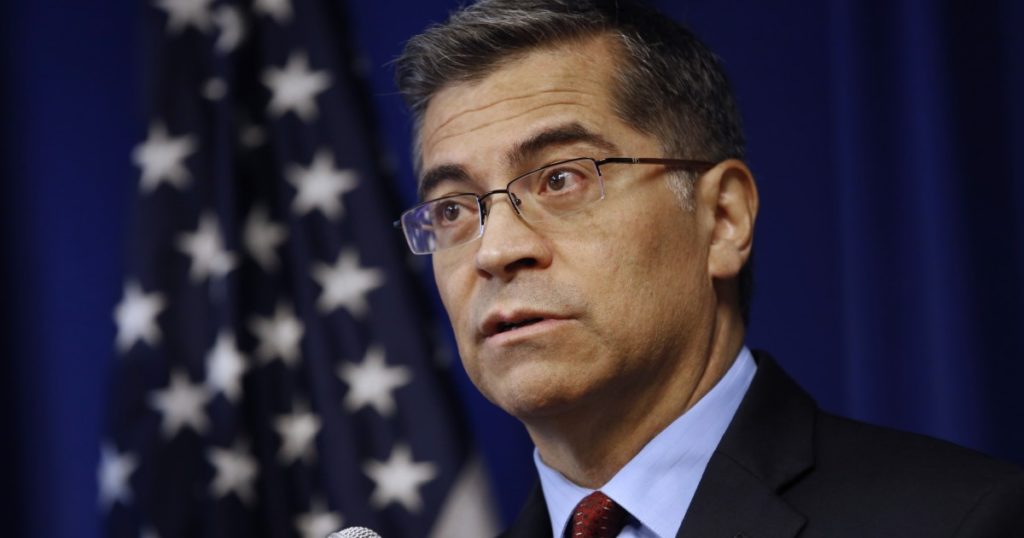 President-elect Joe Biden has tapped California Atty. Gen. Xavier Becerra to be the next health and human services secretary, a historic choice that would make the former Los Angeles congressman the first Latino to hold the office, according to a source familiar with the decision.

Becerra, a rising star in California politics, has become one of the most important defenders of the Affordable Care Act, leading the fight to preserve the landmark law against efforts by the Trump administration and conservative states to convince federal courts to repeal it.

Becerra also has carved out an increasingly important role confronting healthcare costs, using his position to challenge pricing practices at Sutter Health, one of California’s most powerful medical systems.

Latino advocacy groups, including the Congressional Hispanic Caucus, have been pushing Biden to pick a Latino to fill a prominent Cabinet position. Many had advocated for Becerra, though New Mexico Gov. Michelle Lujan Grisham was considered a front-runner for HHS for some time.

“This pandemic has brought a glaring light to the health inequities in our country. … Having an individual who not only has outstanding qualifications, but also understands the needs of minority communities is imperative as our country moves forward in its fight against the pandemic,” Rep. Filemon Vela (D-Texas) said in a statement.

“It’s a great choice,” Lee said. “He is a thoughtful, strategic leader who gets the importance of not only expanding healthcare coverage, but also addressing high costs for patients.”

As a congressman, Becerra played an important role in helping pass the 2010 healthcare law, often called Obamacare, working alongside House Speaker Nancy Pelosi (D-San Francisco) to shepherd the bill through the House.

Becerra served 12 terms in Congress and was chair of the House Democratic Caucus before Gov. Jerry Brown picked him to be California’s attorney general. Becerra replaced Kamala Harris, who had won a Senate seat.

The son of Mexican immigrants, Becerra was the first member of his family to attend college, earning a bachelor’s degree in economics from Stanford University and a law degree from Stanford Law School.

Elected to a two-year term in the state Assembly and then to the House in 1992, he rose through the ranks to become the highest-ranking Latino in Congress at the time.

If confirmed, Becerra will take the helm of a sprawling federal agency that spends more than $1.4 trillion annually and is responsible for the health coverage of more than 100 million Americans, mostly through the mammoth government Medicare and Medicaid plans.

The health secretary also oversees the Food and Drug Administration and the Centers for Disease Control and Prevention, two of the agencies at the forefront of the federal response to the coronavirus pandemic.

Both agencies, though once considered international models, have been widely criticized for their response. They have also suffered serious blows to their credibility as Trump and his allies have pressured agency leaders to change guidance to fit the White House political agenda.

One of the new health secretary’s main jobs will be rebuilding public trust in these agencies, a goal that Biden has indicated will be a top priority for his administration.

Becerra will also likely be called upon to reverse the Trump administration‘s years-long campaign to weaken insurance rules and other protections enacted through the 2010 healthcare law.

Trump and his lieutenants — including current Health and Human Services Secretary Alex Azar and Seema Verma, who heads the Centers for Medicare and Medicaid Services — failed to repeal the healthcare law.

But the administration issued rules to allow broader sale of health insurance plans that don’t cover basic benefits and can turn away people with preexisting medical conditions.