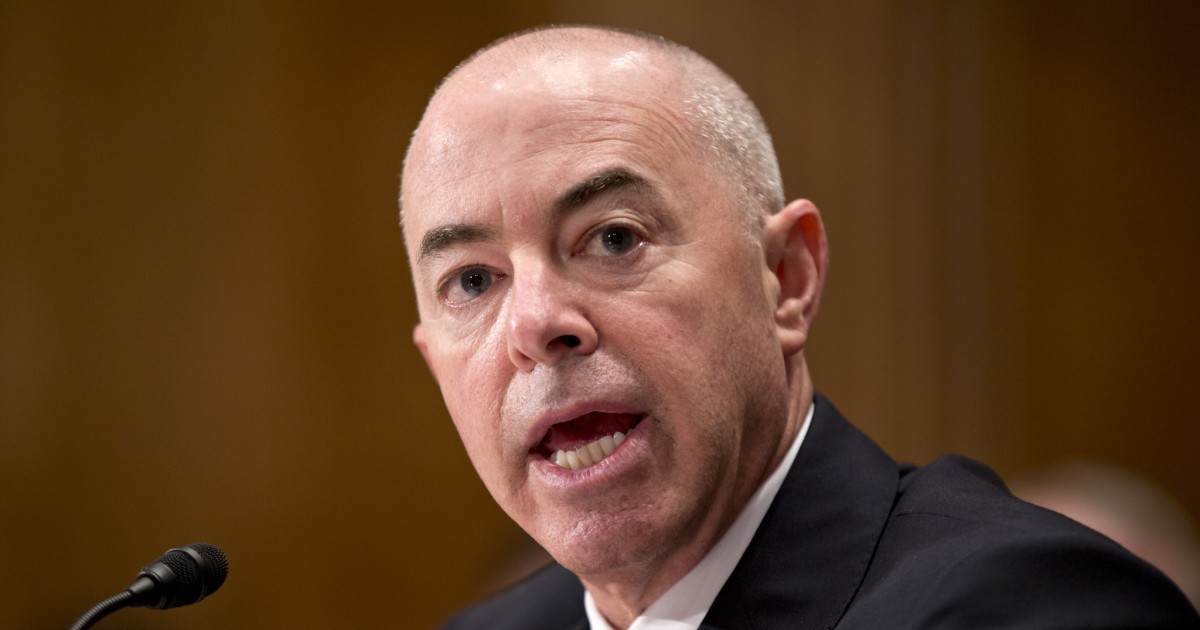 President-elect Joe Biden on Monday named Alejandro Mayorkas as his Homeland Security secretary, a move that could make the Cuban American and former federal prosecutor in California the first Latino and first immigrant to serve in the Cabinet post.

Mayorkas, who was born in Havana, grew up in Los Angeles and attended UC Berkeley and Loyola Law School. He began working for the government as an assistant United States attorney in the Central District of California, specializing in white-collar crime, and went on to become the youngest U.S. attorney in the country, according to the Biden transition announcement.

“When I was very young, the United States provided my family and me a place of refuge,” Mayorkas tweeted shortly after the announcement with a brand-new account reading: “DHS nominee for Joe Biden.” “Now, I have been nominated to be the DHS Secretary and oversee the protection of all Americans and those who flee persecution in search of a better life for themselves and their loved ones.”

When I was very young, the United States provided my family and me a place of refuge. Now, I have been nominated to be the DHS Secretary and oversee the protection of all Americans and those who flee persecution in search of a better life for themselves and their loved ones.

Under the Obama administration, Mayorkas was a primary architect of the Deferred Action for Childhood Arrivals program and a primary negotiator of the thaw in then-frozen U.S.-Cuban relations. Both DACA and the opening to Cuba have been primary political targets for President Trump and the Republican Party.

Biden adds Mayorkas to his growing list of picks for national security and foreign policy-focused Cabinet posts even as an increasing number of experts from Trump’s own party call for him to begin the transition. They argue that Trump’s attempts to undermine an election he clearly lost are threatening U.S. national security.

“We have no time to lose when it comes to our national security and foreign policy,” former Vice President Biden said in a statement Monday. “I need a team ready on Day One to help me reclaim America’s seat at the head of the table, rally the world to meet the biggest challenges we face, and advance our security, prosperity, and values. This is the crux of that team.”

Even without the delay to the transition, the task facing Mayorkas is a daunting one: steering a Titanic of a department, the federal government’s third-largest with some 240,000 employees, away from being used as a political tool to achieve Trump’s central campaign promise of restricting immigration, in almost the opposite direction.

Biden has promised to reverse many of Trump’s immigration policies, enacted by an unprecedentedly politicized Homeland Security department wracked by record vacancies and turnover, from an assault on asylum to slashes to family and business-based immigration and restoring DACA.

Trump officials were recently handed another loss in their long-running attempt to end the program, which Biden has promised to fully restore as one of his first moves in office. The ruling also said that Trump’s last pick for Homeland Security chief, Chad Wolf, was illegally appointed.

Mayorkas likely will face the confirmation process in a Republican-majority Senate, as will Biden’s nominees for roughly 1,000 other positions in the incoming administration that need Senate confirmation.

Rep. Joaquin Castro (D-Texas), chairman of the Congressional Hispanic Caucus, praised the “historic nomination” of Mayorkas — and noted that the caucus is urging that Biden pick four more Latinos for his Cabinet.

“We share the Biden-Harris transition team’s goal to create the most diverse administration in U.S. history,” Castro said in a statement.

Opponents are likely to point to a 2015 Homeland Security Inspector General report that found Mayorkas “exerted improper influence” in assisting companies with obtaining employment visas, a finding which he has disputed.

But the Biden transition announcement noted that Mayorkas has been confirmed by the Senate three times already. He has served in the top post at USCIS, the Homeland Security agency administering the legal immigration system, as well several years as deputy chief of the department under the Obama administration.

Sen. Robert Menendez (D-N.J.), a Cuba hawk and ranking member of the Foreign Relations Committee, said in a statement that Mayorkas is “a smart and natural pick” to lead DHS.

“He has the subject matter experience to take on the enormous job of cleaning up after the disastrous and inhumane immigration policies that have torn lives and families apart under the Trump Administration,” Menendez said.

The Homeland Security department, created in the wake of the Sept. 11 attacks, has a wide-ranging mandate, from emergency response to election security to immigration enforcement.

But Trump’s mark on Homeland Security — xenophobic rhetoric against migrants and a range of documented abuses by the department’s law enforcement officials — will be difficult to erase. Mayorkas also will be immediately confronted with untangling Trump’s more than 400 executive actions on immigration, a regulatory knot that could tie up the incoming Biden administration’s own ambitions, including ever-elusive comprehensive immigration reform.

Biden has not caved in to calls for the Department of Homeland Security to be dissolved. He’s said instead that he’ll increase oversight and training of its law enforcement arms, Customs and Border Protection and the Border Patrol and Immigration and Customs Enforcement, which came to be associated with Trump’s more infamous policies, such as family separation and widespread raids.

Mayorkas also helped lead the department’s response to Ebola and Zika under Obama. Both Biden and his picks so far have made clear that the government’s response to the COVID-19 pandemic will be the most urgent priority.

Notably, Biden has not explicitly committed to ending a controversial authority that Trump’s officials say they were given by the Centers for Disease Control and Prevention amid the pandemic that allowed them to effectively close the border and turn away hundreds of thousands of migrants, including asylum seekers and unaccompanied children. A judge recently barred the Trump administration from expelling lone immigrant children without due process or access to humanitarian protections under U.S. law.

CDC officials said they rejected the policy as political and not based in public health.

Mayorkas most recently practiced law in the private sector for Los Angeles-based O’Melveny & Myers and WilmerHale in Washington, D.C.

In 2015, as the then-No. 2 at DHS, Mayorkas returned to Cuba for the first time since his family fled with his mother carrying him to Miami at 6 months old. His father, who died in Los Angeles in 2012, had always wanted to visit but never got the chance.

“He did not want to raise the family in a communist country,” Mayorkas said of his father. “He believed in democracy, and he understood the perils and the challenges of living otherwise.”