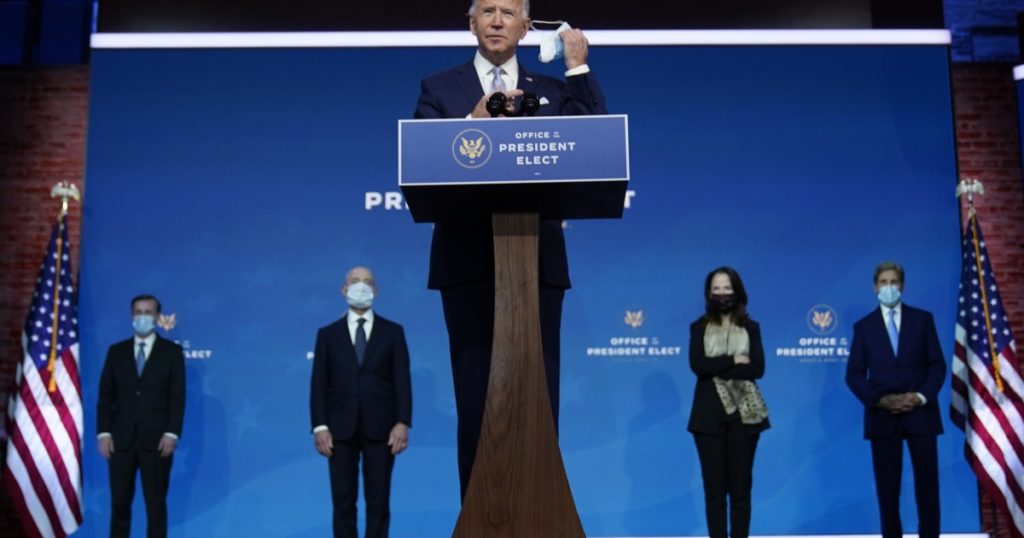 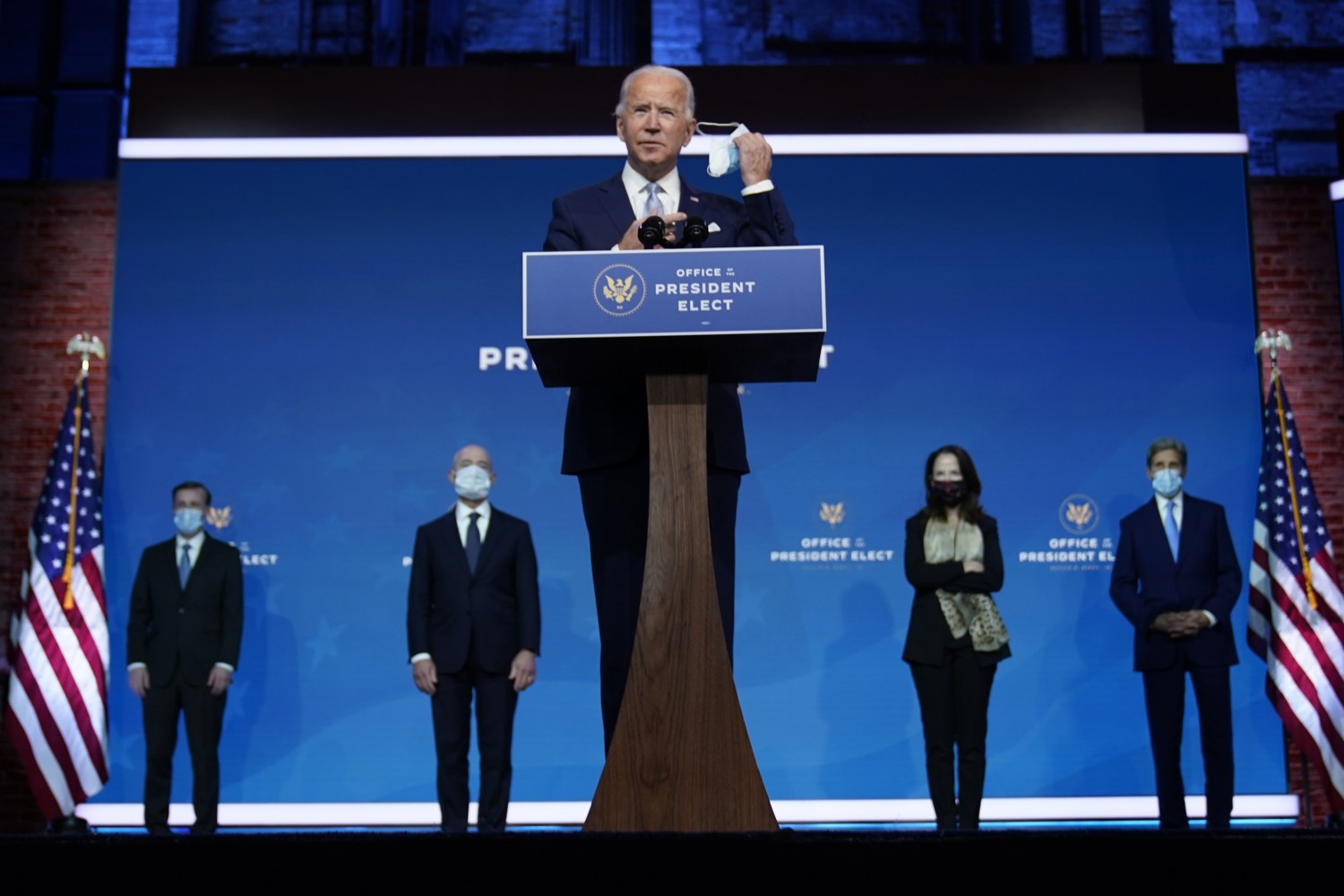 During the presidential campaign, Democrats expressed persistent anxiety that Joe Biden’s coalition would collapse as soon as it ousted President Trump from the White House — it felt too ideologically conflicted, too polarized, too tenuous to hold.

But Biden’s initial Cabinet selections and other senior appointments have won a broad embrace that suggests his aptitude for navigating such a fragile political landscape was underrated. The president-elect has displayed unforeseen skills at appeasing disparate factions in a fractious party and a divided nation.

The progressive left is feeling heard. The Democrats’ center-left is feeling reassured. And anti-Trump Republicans don’t seem to be suffering buyer’s remorse.

While Republican Sen. Ben Sasse of Nebraska said Tuesday he was glad Biden was “resisting the far left,” those same left-leaning activists were breathing sighs of relief.

They were pleased that Biden is poised to nominate one of their favorites, Janet Yellen, to run the U.S. Treasury. The stock market also signaled approval, soaring to a record high.

“The Biden team is doing a good job of not alienating anyone,” said Rebecca Katz, a progressive strategist. “It is no small task. While there are no real lefties in this Cabinet, there are people who have shown a willingness to listen. That is not nothing.”

The plaudits are followed with the usual caveats: Biden still has a lot of vacancies to fill, and a misstep on any one of them could quickly unravel the goodwill.

But as he publicly introduced his proposed foreign policy and national security leadership team Tuesday on a stage in Wilmington, Del., there was something for most — within his own party, at least — to like.

“While this team has unmatched experience and accomplishments, they also reflect the idea that we cannot meet these challenges with old thinking or unchanged habits,” Biden said. “We are going to have the first woman lead the intelligence community, the first Latino and immigrant to lead the Department of Homeland Security, and a groundbreaking diplomat at the United Nations.”

That diplomat, Linda Thomas-Greenfield, told of growing up as a Black girl in segregated Louisiana, the eldest of eight children. She was the first in her family to graduate high school. Her father couldn’t read or write.

What she called her “gumbo diplomacy” while working in U.S. embassies abroad echoes Biden’s approach to leadership and policy.

“Wherever I was posted around the world, I’d invite people of different backgrounds and beliefs to make a roux, chop onions for the ‘holy trinity,’ and make homemade gumbo,” Thomas-Greenfield said, referring to key ingredients that also include bell pepper and celery. “My way to break down barriers, connect with people, and start to see each other on a human level: a bit of lagniappe, as we say in Louisiana.”

The nominee to lead the Department of Homeland Security, Alejandro Mayorkas, a native of Cuba who will be the first Latino to run the third-largest arm of the federal government, talked of his parents fleeing communism and their pride in American citizenship, but also of Homeland Security’s mission to “advance our proud history as a country of welcome.”

Antony Blinken, Biden’s nominee for secretary of State, talked of how his late stepfather was the only one of 900 children from his school in Poland to survive the Holocaust.

“It is a breath of fresh air to see what [Biden] has done with this Cabinet in terms of ethnicity and gender and ideology,” said Barbara Boxer, the former California senator. “It is all really important. People feel enfranchised if the people making decisions in the government look like them. Otherwise, they feel this is not a real representative democracy.”

It is a marked contrast to the approach Trump took to choosing his Cabinet. The president placed little emphasis on diversity, and he deliberately picked partisan warriors eager to alienate those not in lockstep with him.

Helping fire up Trump’s base at any cost was an unspoken part of the job description. Questioning Trump’s impetuous decisions or mercurial policies was grounds for instant dismissal, usually in a tweet.

Biden stressed on Tuesday that he sought nominees who speak frankly and won’t hesitate to disagree with him or deliver unwelcome news.

Boxer argued that Trump’s relentless trolling and tweeting intimidated other Republicans and made Democrats doubt that consensus building in Washington could ever return.

“He didn’t want anyone to come together,” she said. “I can’t overstate the importance of that personality being out of the mix. The vast majority of people are not extremists looking for a fight.”

Even so, Biden faces a delicate task in building a Cabinet that is noncontroversial enough to survive confirmation scrutiny if Republicans maintain control the Senate, while also satisfying Democratic activists demanding major change after four years of Trump.

Working in Biden’s favor is the simple fact that many Democrats are keeping their expectations in check after the party’s dismal down-ballot showing in the election.

Despite expectations of a “blue wave” of coast-to-coast victories, Democrats fumbled key Senate races, lost seats in the House, and failed to capture crucial state legislatures in a redistricting year. Now, infighting is a luxury they can’t afford.

The pressure on Biden to pack his Cabinet with progressive Senate favorites like Elizabeth Warren of Massachusetts and Bernie Sanders of Vermont dissipated when it became clear that Democrats need every Senate vote they have.

Both of their seats would be at risk of getting filled by a GOP appointee if Warren and Sanders were to join the Biden administration. As it is, control of the Senate hinges on two run-off races next month in Georgia; Democrats need to win both — a tall order — to push Republicans out of the majority.

“It would be an act of self-harm” to risk losing the Senate seats held by Warren and Sanders, said Robert Shrum, a veteran Democratic strategist and director of the USC Dornsife Center for the Political Future.

Shrum said the positive reception Biden is getting for his first six Cabinet selections is a tacit acknowledgement from the divergent groups in the Democratic Party that they need one another for survival.

But he said it also reflects how Biden’s political instincts and abilities were underestimated yet again.

Political pundits had counted Biden out — he was too old, too moderate, too nice — and second-guessed his strategy during the Democratic primaries, Shrum noted. And despite all the handwringing around the November election, Biden ultimately beat Trump by more than 6 million votes.

“In building his Cabinet, he is displaying that same kind of deftness,” Shrum said.

Others agree, but not always in the same terms. Said one activist on the left: “He’s definitely exceeding our low expectations.”