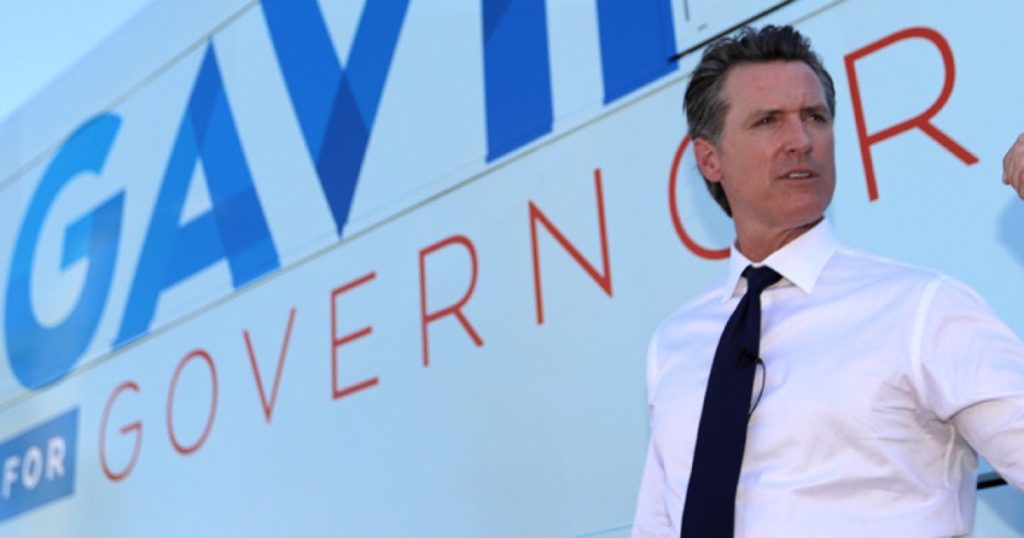 Today we answer questions and comments from readers and others who believe this column single-handedly explains the ills plaguing the newspaper industry.

So, does Gov. Gavin Newsom beat the recall?

You’ll have to check the horoscope or hire a clairvoyant to figure that one out. There are no predictions in this space.

It still seems likelier than not that Newsom will prevail. Partisanship is the single greatest driver in politics today, and in California there are far more of Newsom’s fellow Democrats and voters who lean Democratic than Republicans and voters who embrace the GOP and its candidates.

Then again, a lot of supposedly smart people said Donald Trump would never, ever be elected president. The only certainties in life are …

… death and taxes. But please don’t trot out that old cliché.

The number of Californians who base their vote, one way or the other, on Biden’s opposition to the recall would probably fit into a subcompact and still leave plenty of room for groceries.

But from Newsom’s perspective, the recall campaign isn’t about convincing people how to vote so much as making sure they do so. While the president may change few — if any — minds, whatever Biden and Vice President Kamala Harris can do to elevate awareness of the Sept. 14 election and instill a sense of urgency among Democrats will most likely work to Newsom’s benefit.

Harris is planning an appearance with the governor Friday in the Bay Area, where she began her political career in San Francisco. Newsom would love a presidential visit as well, but Biden seems pretty busy these days.

Why aren’t you writing about Biden and Afghanistan? Afraid you’ll make him look bad?

The focus of this column is politics in California and the West. There are plenty of people who are more thoughtful and knowledgeable when it comes to Afghanistan, such as The Times’ Tracy Wilkinson, a veteran diplomatic and foreign correspondent. They’re much better suited to explain what has happened and the blunders behind America’s hasty withdrawal, and to place events in a larger political and historical context.

There’s no obligation, by the way, to have an opinion on everything under the sun, or to comment on whatever’s making headlines on a given day — although let’s keep that strictly between us. Thinking along those lines could cost me my pundit’s license.

What’s with you and Caitlyn Jenner?

You never miss a chance to take a shot at her candidacy for governor.

I have a lot of respect for those who enter politics instead of just sitting around and carping about what’s right or wrong. It takes a lot of guts to throw oneself in the public arena, face the scrutiny and absorb the venom that comes with seeking office and, even more, endure the very conspicuous judgment that comes with winning or losing an election.

But Jenner has treated her candidacy as little more than an extension of her celebrity brand and a way to make money peddling campaign merchandise. She has shown scarcely any interest in mastering policy or seriously engaging with the issues she would face as California’s governor.

It’s an insult to voters and anyone who takes this recall effort and the state of the state seriously.

Why are you so obsessed with Trump? He’s not president anymore.

Obsessed? That’s like saying someone whose job is covering the Dodgers has an unhealthy fixation on baseball.

Trump had an extraordinary presidency, in the sense of being unusual and far outside accepted norms. That pattern has continued since he grudgingly left the White House in January.

Most ex-presidents recede from the political scene, keeping their mouths shut as they golf, build their libraries, write their memoirs or find other ways to monetize their time in the Oval Office. Those who don’t win reelection are typically treated as lepers, shunned by those in their party, as if their failure might be contagious.

Trump, by contrast, remains a vocal and highly influential force within the GOP and, until he rules himself out, the front-runner for the party’s 2024 presidential nomination.

There are plenty of other Republicans eyeing the White House.

True. But even more important than what might happen in 2024 is what’s going on right now. All over the country, Republican lawmakers are passing legislation making it harder to vote or, even more insidious, granting partisans the power to overturn elections they don’t like. The impetus is Trump’s phony claim that the 2020 election — which he lost by more than 7 million votes — was stolen from him.

Free and fair elections are foundational to our republican democracy, which has worked pretty well these past 245 years. (Of course, there have been bumps along the way. The Civil War was a big one.) Deliberate attempts to undermine those fundamental principles are alarming and worth taking note of.

You wrote a column related to “cancel culture” and the disputed history of the Alamo.

Indeed. A new book, “Forget the Alamo: The Rise and Fall of an American Myth,” is an entertaining and informative read that shows how a fable — what the authors call the “Heroic Anglo Narrative” — has been created to whitewash events and promote a partisan agenda.

And you suggested that Texas’ lieutenant governor was a big hypocrite.

Dan Patrick, one of the big promulgators of the Alamo myth, proudly boasted of pressuring the state’s history museum to cancel a discussion of the book — even as he tweeted out a message extolling the virtues of free speech. Pretty rich.

Well, what about venues canceling appearances by conservatives like Matt Gaetz and Marjorie Taylor Greene?

The two have every right to speak in public and shouldn’t be silenced. Put their ideas out there and let the people judge their merit. Let a hundred flowers bloom!

Isn’t that something Chairman Mao said?

Humph. Quoting a Communist dictator. No surprise there.

I try not to disappoint.